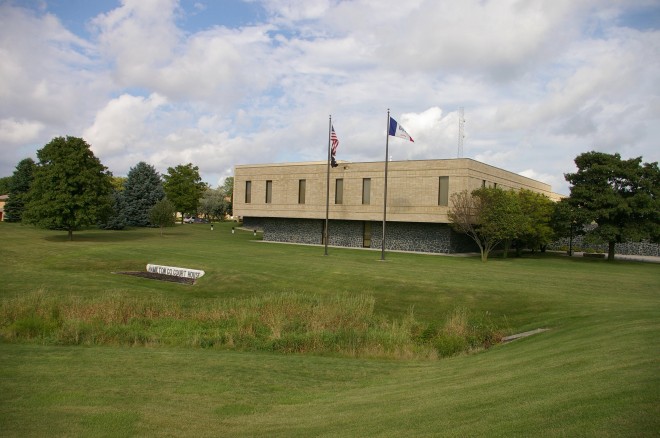 Hamilton County is named for William W Hamilton, who served as President of the Iowa State Senate. 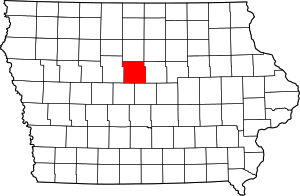 Description: The building faces south and is a two story brick, stone and glass structure. The building is located on landscaped grounds in the center of Webster City. The upper part of the building is tan colored brick and the lower part is black stone from Georgia. The entrance on the south side is recessed into the side of the hill with a black stone wall extending south. The windows are vertical and the roof line is flat. The building houses the County District Court of the 2B Judicial District.

Description: The building faces north and is a two story white colored wood frame structure. The building was originally located at Bank Street and Seneca Street. Today this building has been moved to the grounds of the Wilson Brewer Historic Park. The rectangular building has a hipped roof. 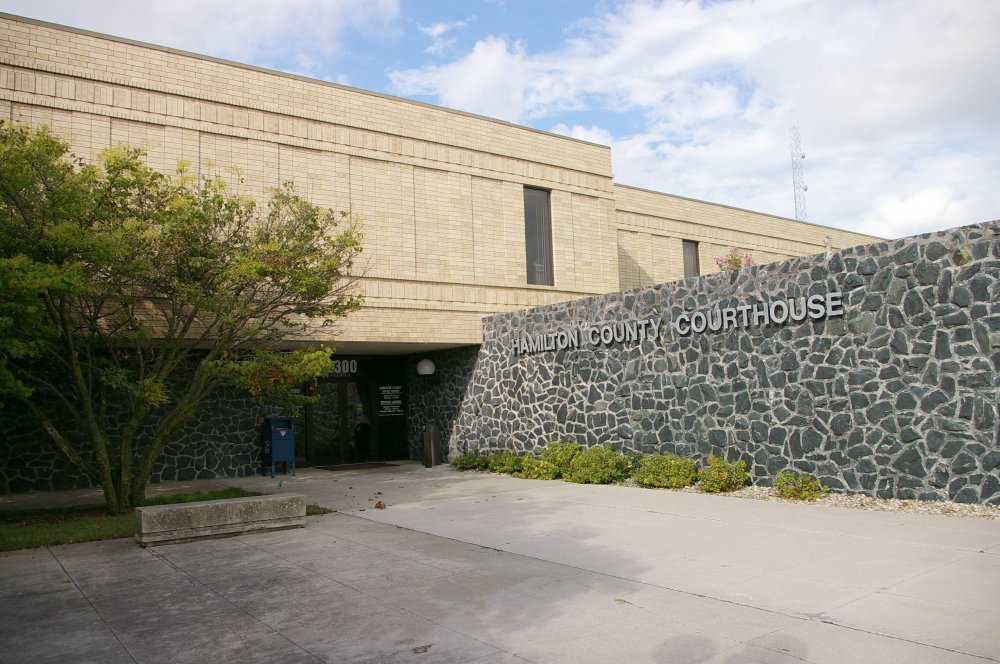 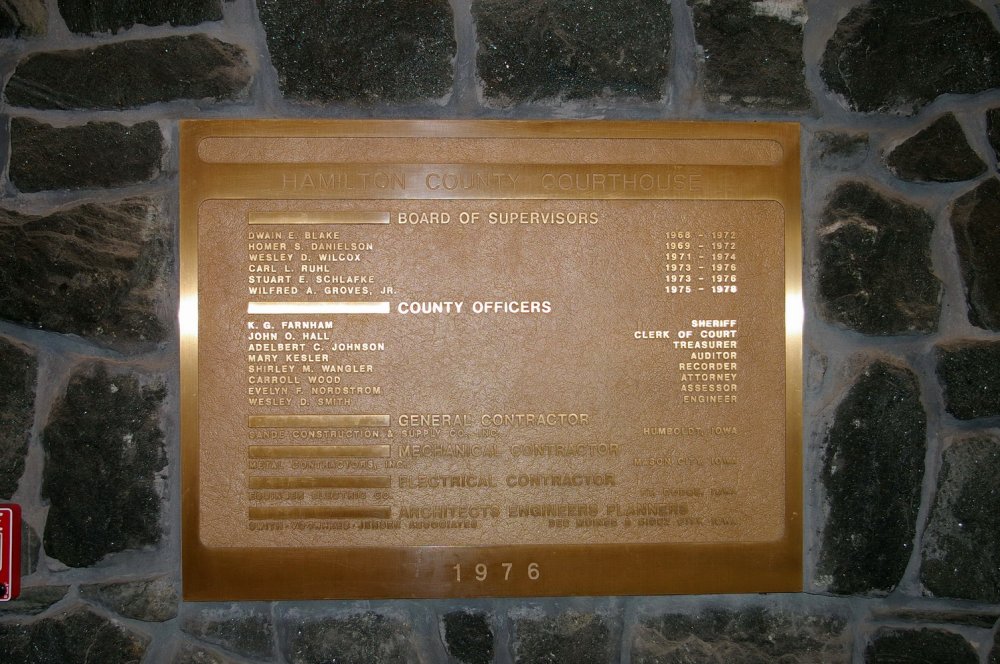 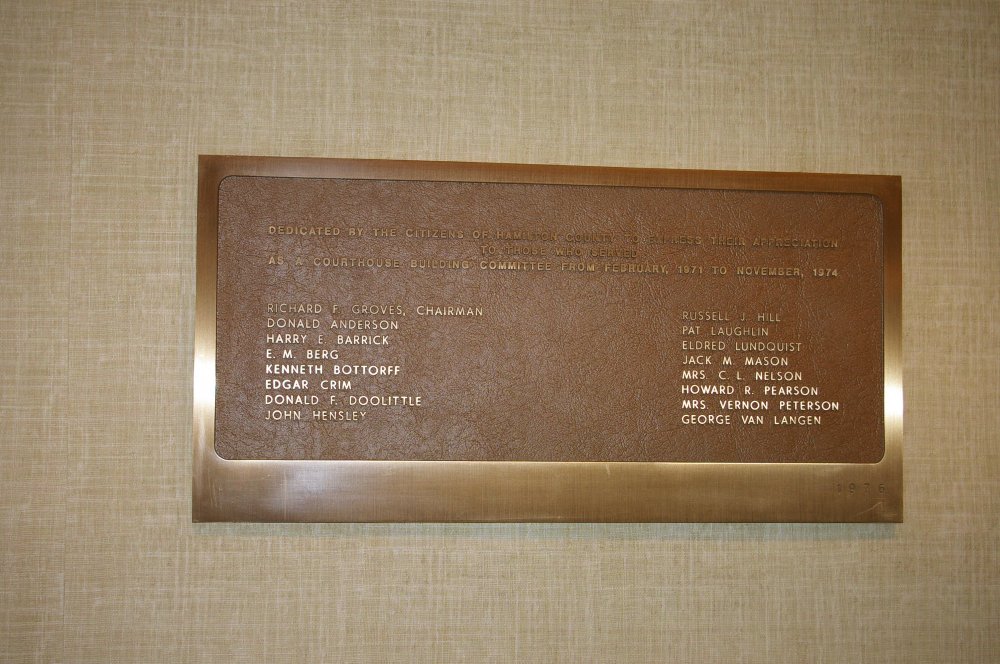 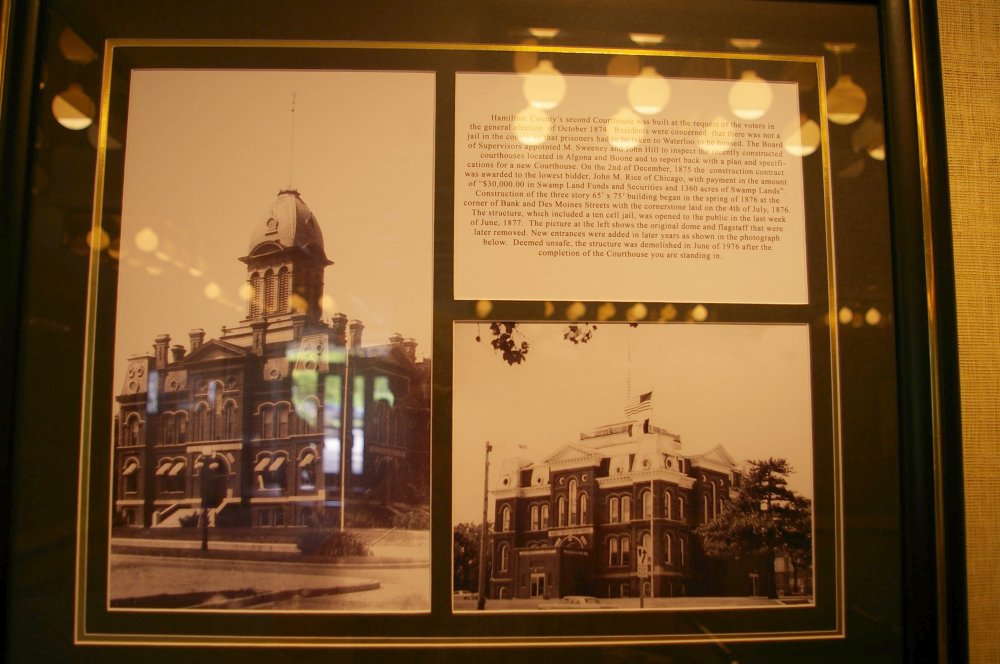