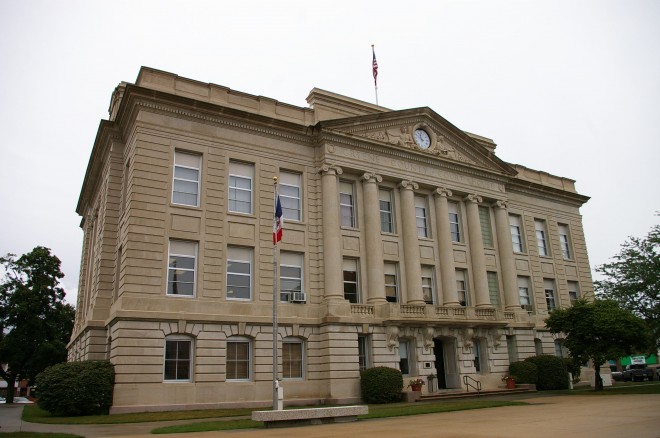 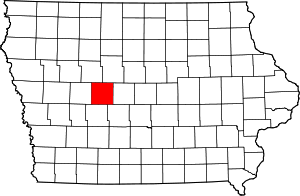 Description: The building faces south and  is a three story Bedford stone and concrete sucture. The rectangular shaped building is located on spacious landscaped grounds in the center of Jefferson. The south front has six high columns rising from the second story to the top of the third story with a pediment containing a clock. The first story has horizontal stone blocks. The interior has a large rotunda with skylight and four murals painted by William Peaco. The rotunda floor is a mosaic in deramic tile, depicting the county sea. The main staircase is marble with ornamental balustrades of bronxe-plated iron. The courtroom is located on the third story. The building houses the County District Court of the 2B Judicial District. On the grounds is the Mahanay Memorial Tower which was built in 1966 and is 165 feet high with a reflecting pool. The tower contains four bells. The bells were specially made in the Netherlands for the $350,000 tower. 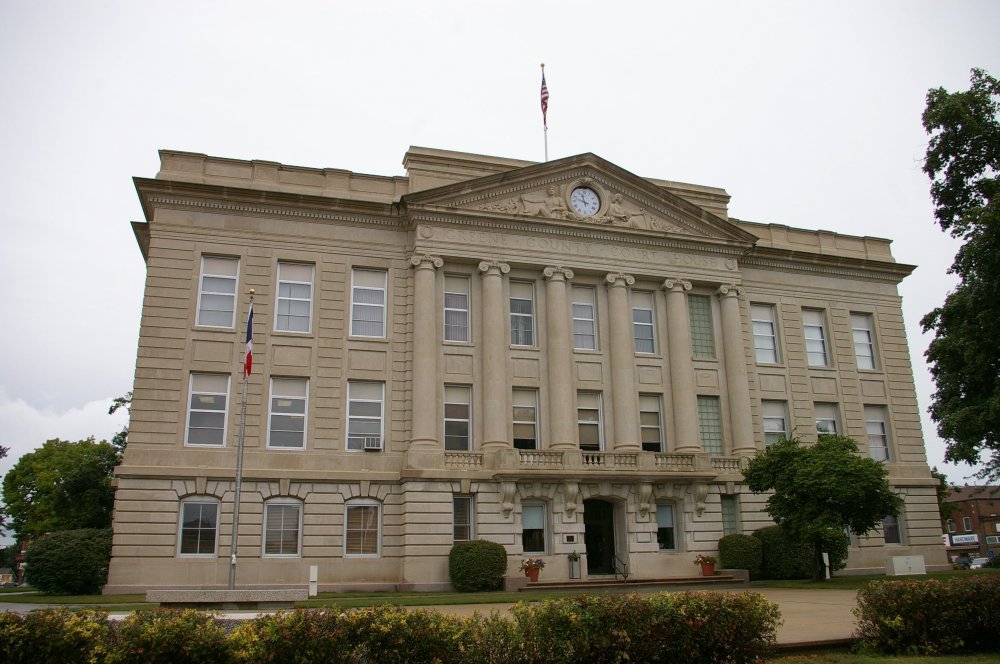 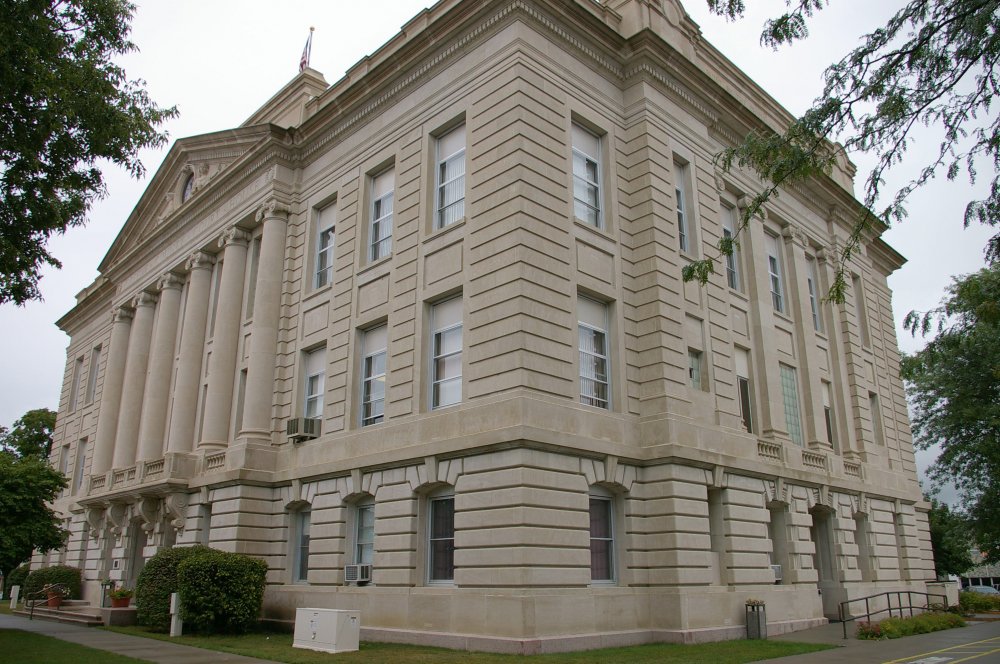 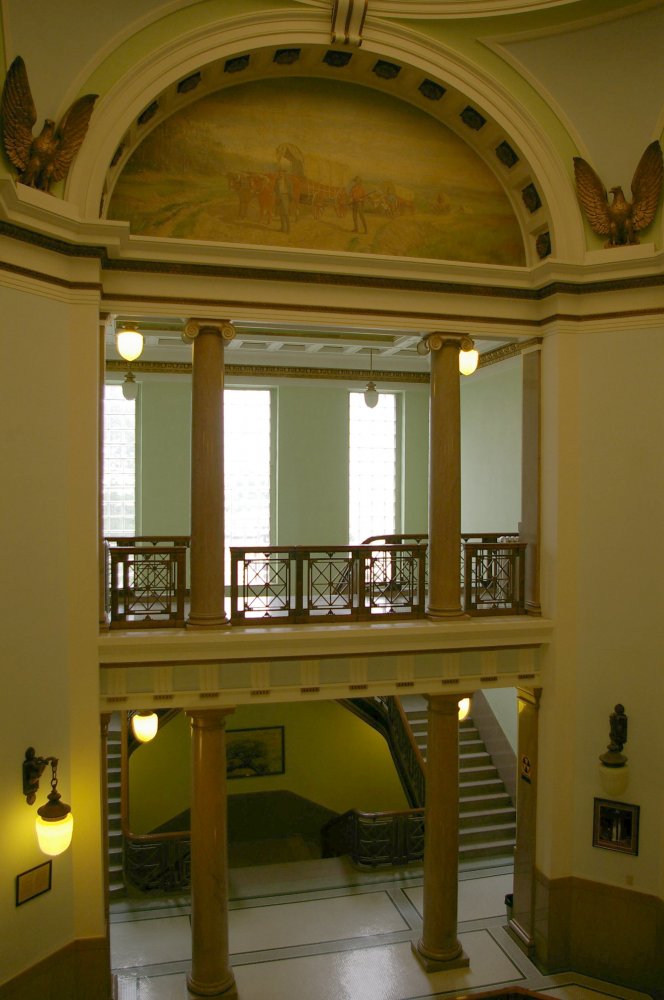 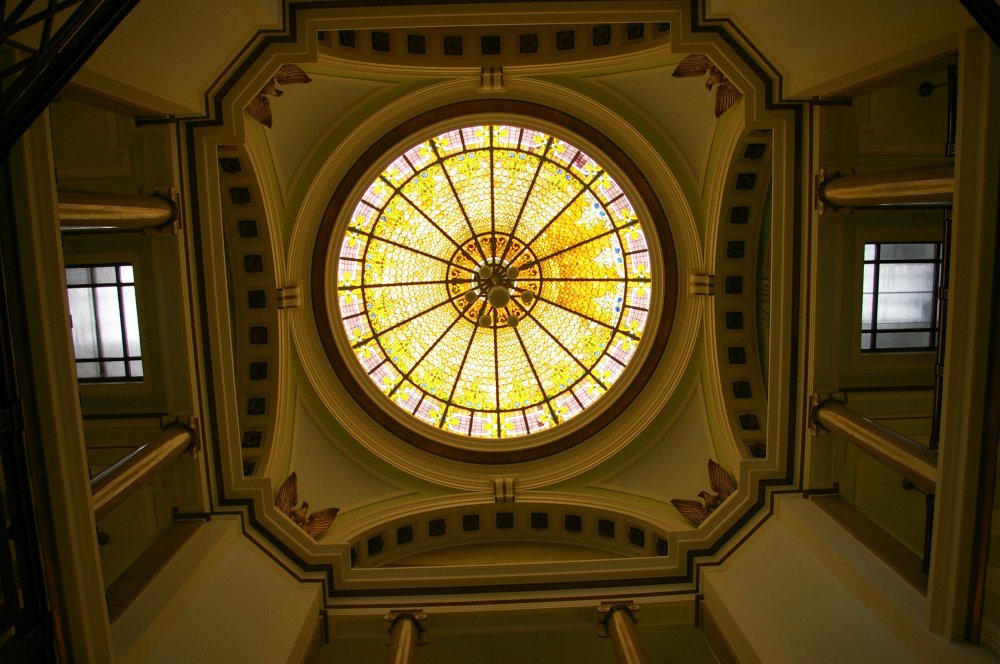