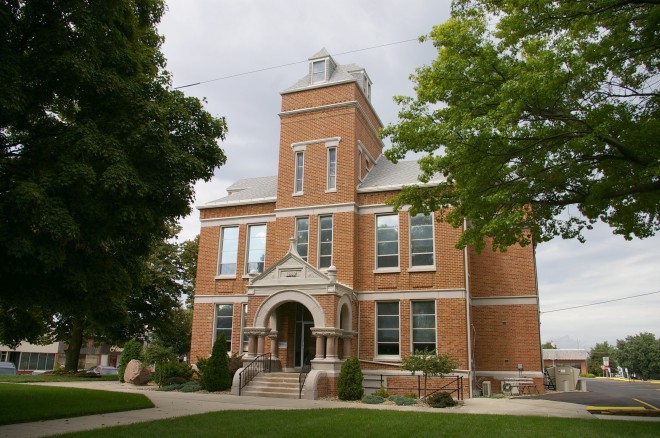 Fremont County is named for John Charles Fremont, who was a United States general, explorer and presidential candidate. 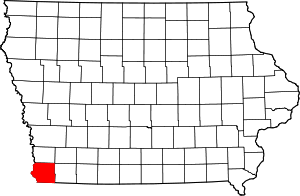 Description: The building faces south and is a two story red colored brick and stone  structure. The building is located on landscaped grounds in the center of Sidney. The building has a small portico on the first story with eight short granite columns supporting three arches with pediment above. Behind the portico rises the three story square brick tower with dormers on the roof. A horizontal band of white colored stone runs above the first story windows and above the second story windows. The roof is hipped. In the interior there is the original oak staircase. The courtroom is located on the second story. The building houses the County District Court of the 4th Judicial District. 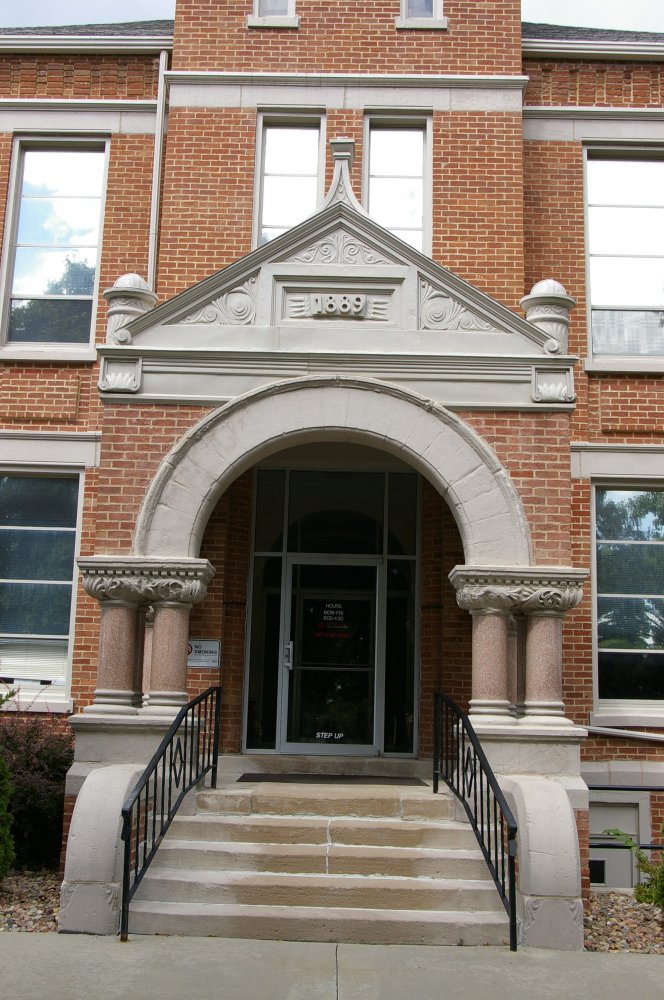 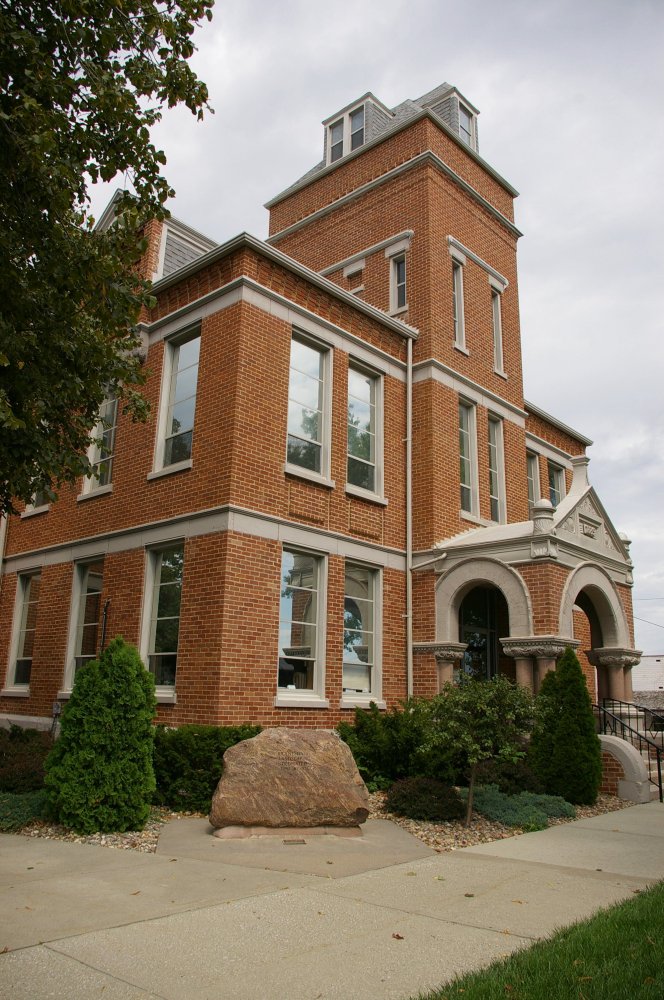 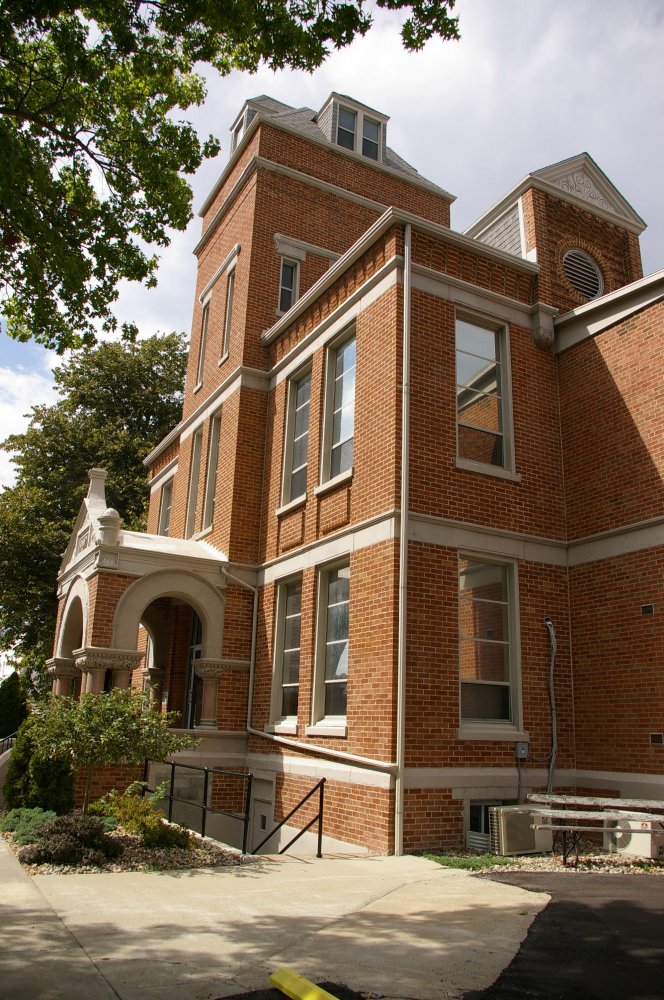