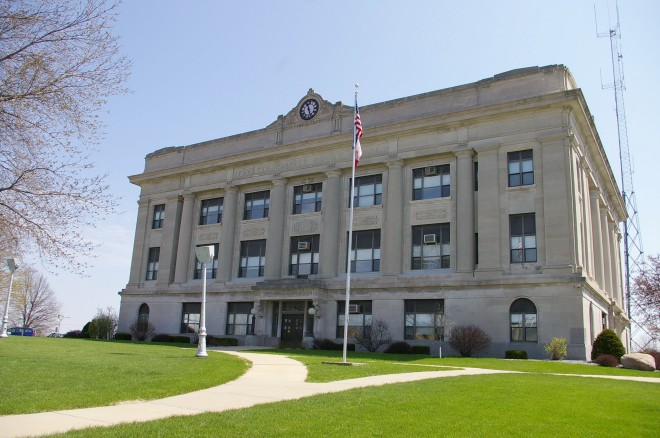 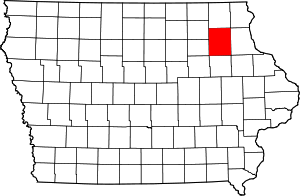 Description: The building faces west and is a three story gray colored Bedford limestone and concrete structure. The building is located on spacious grounds in the center of West Union. The central entrance has a projecting overhang. The main entrance is constructed of solid bronze. Six large columns rise from the second to third story and divide the windows. A wide band follows the roof line with clock in the center. The interior has a central rotunda, marble, plaster cornices, brass railings and ceramic tile flooring. The courtroom is located on the second story and has strips of wood applied to walls in angular patterns. The building houses the County District Court of the 1B Judicial District.

History:  The county was created in 1837 and West Union was selected as the county seat. The first courthouse was a two story brick structure built in 1857 at a cost of $8,000. The second courthouse was designed by Winrott & Houck and built in 1874 and additions were constructed in 1894 to 1896. The architect was Kiple & Watkins and the contractor was William H Houck. An addition was designed by Kiple & Watkins and built in 1905. The building burned on February 5, 1922. The third and present courthouse was constructed in 1923 to 1924 at a cost of $299,000. 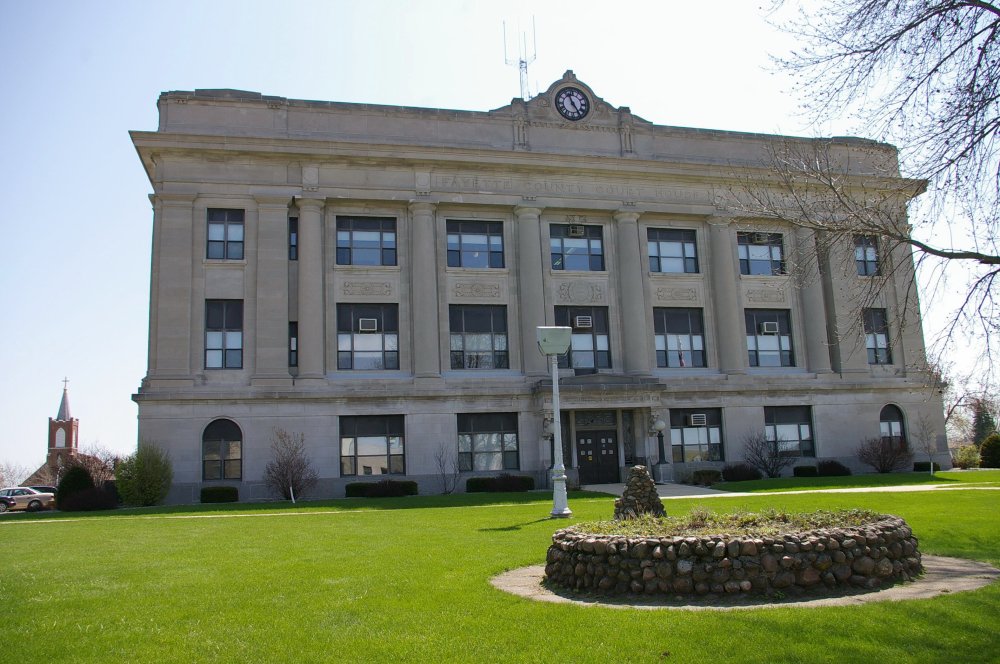 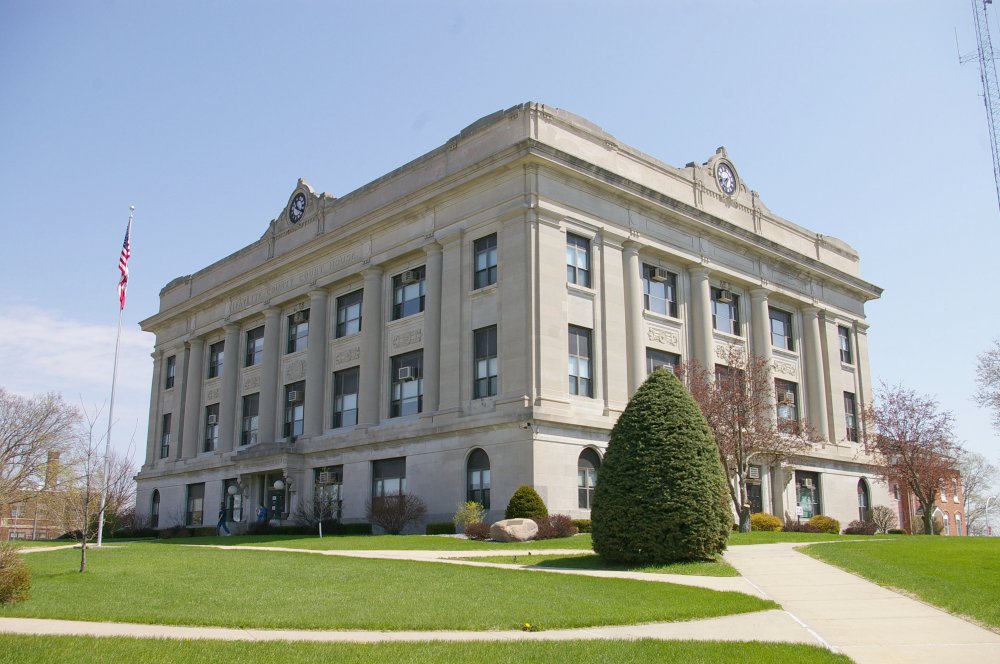 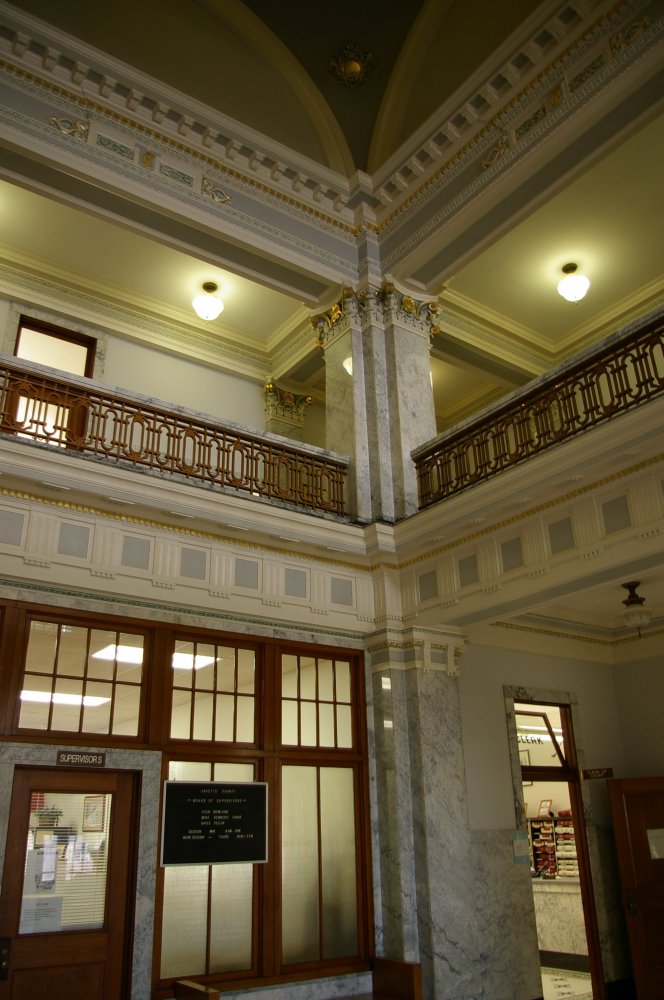 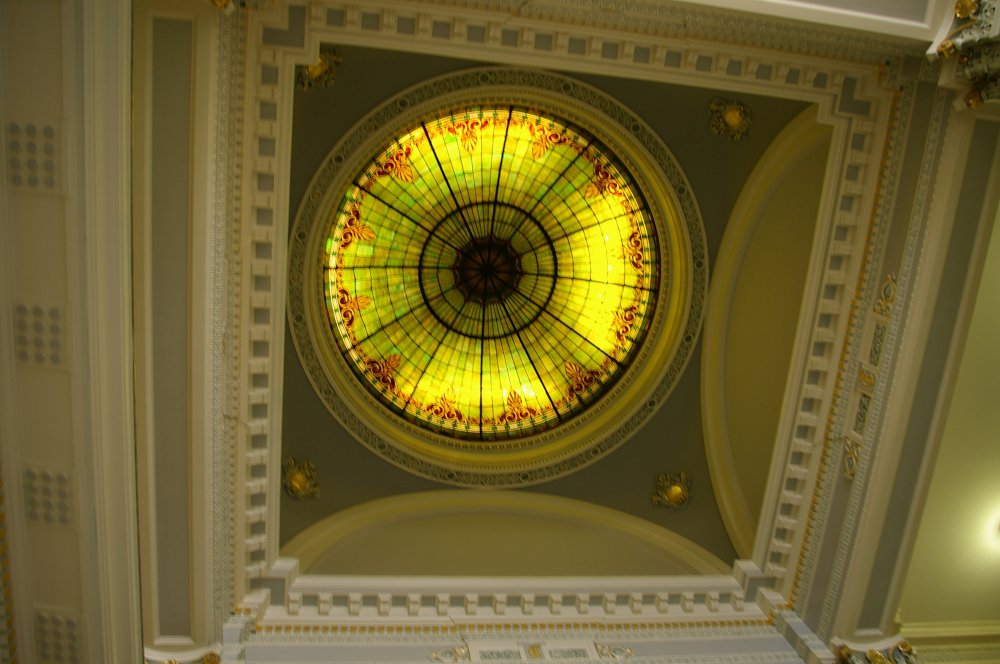 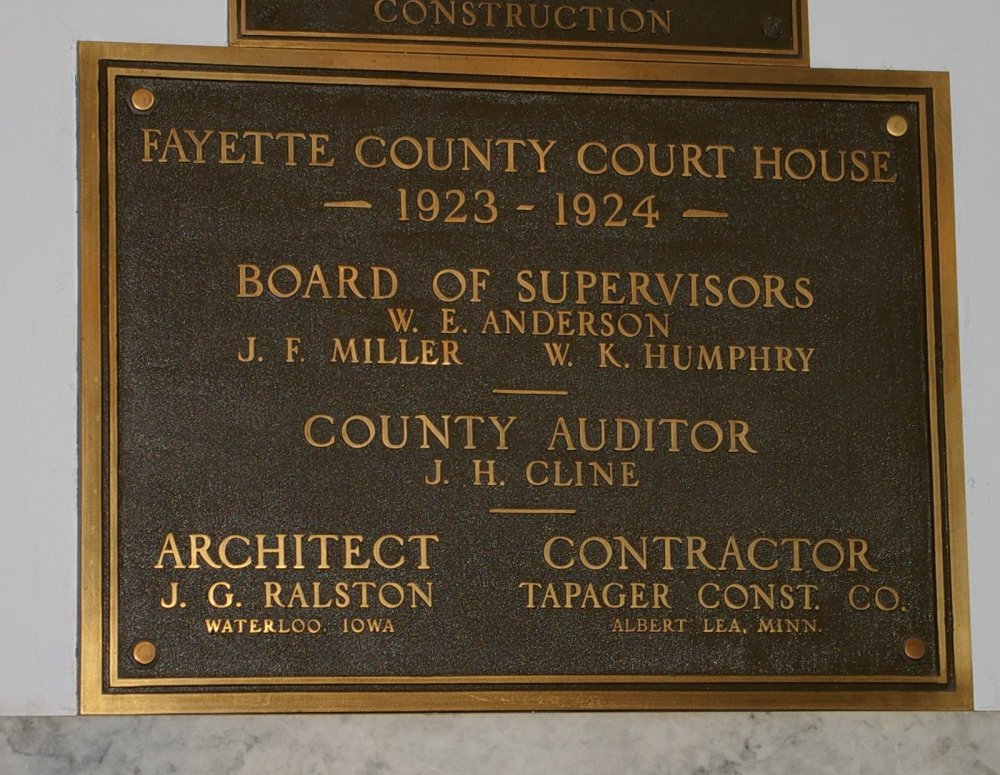 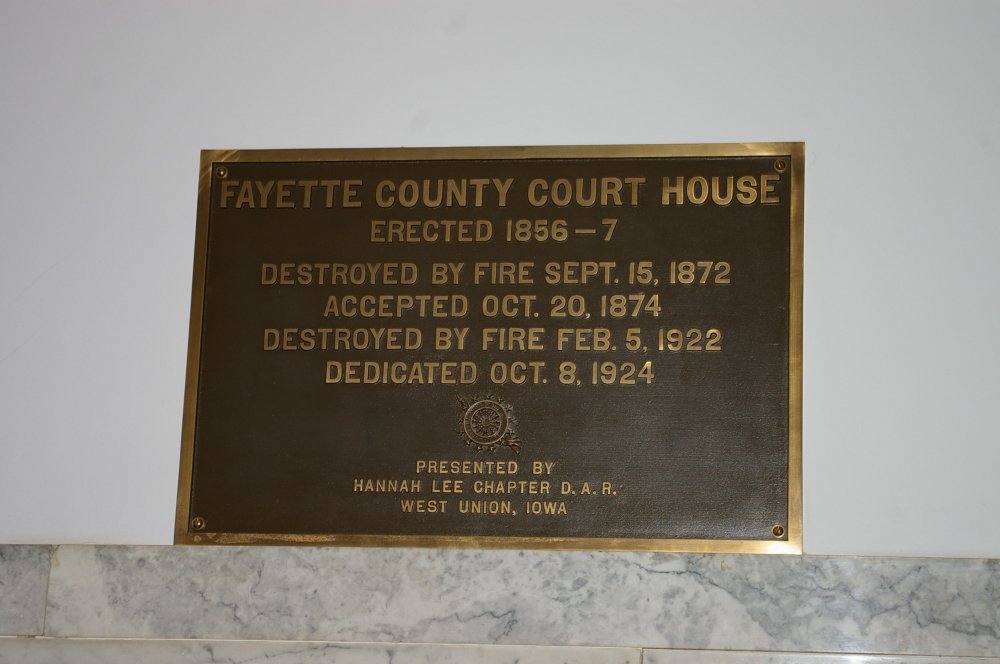