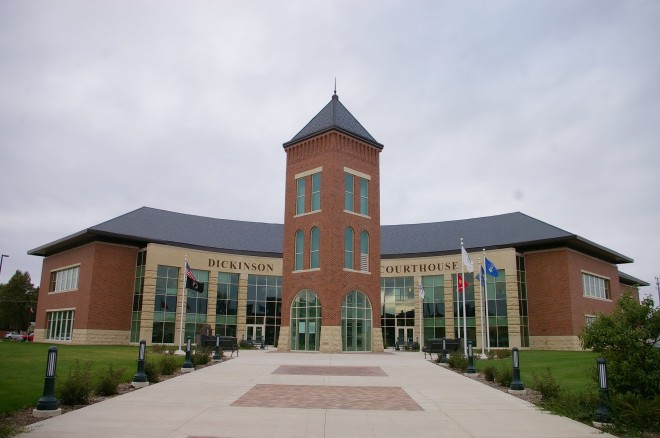 Dickinson County is named for Daniel Stevens Dickinson, who was a United States senator for New York.

Description: The building faces northeast and is a two story red colored brick, glass and concrete structure. The building is located on landscaped grounds in the center of Spirit Lake. The north front is a crescent with glass walls and vertical dividers. The roof is hipped. In the front is a three story square red colored brick tower. In the interior there is a long curved lobby along the northeast front. The courtrooms are located on the second story. The building houses the County District Court of the 3A Judicial District.

History:  The county was created in 1851 and Spirit Lake was selected as the county seat in 1857. The first courthouse was a two story structure built in 1859 to 1868 during the Civil War. The building burned in 1871. The second courthouse was built in 1872 using the bricks from the first courthouse. The building was condemned in 1880 and the county used other premises. The third courthouse was a Romanesque structure designed by T D Allen and built by H J Francis and Lenard and Wallace in 1891 at a cost of $15,000. An addition was designed by James H Walsh and constructed by Fagre Construction Company in 1957. The building was razed for the fourth and present courthouse constructed in 2005 to 2008 at a cost of $14,900,000. 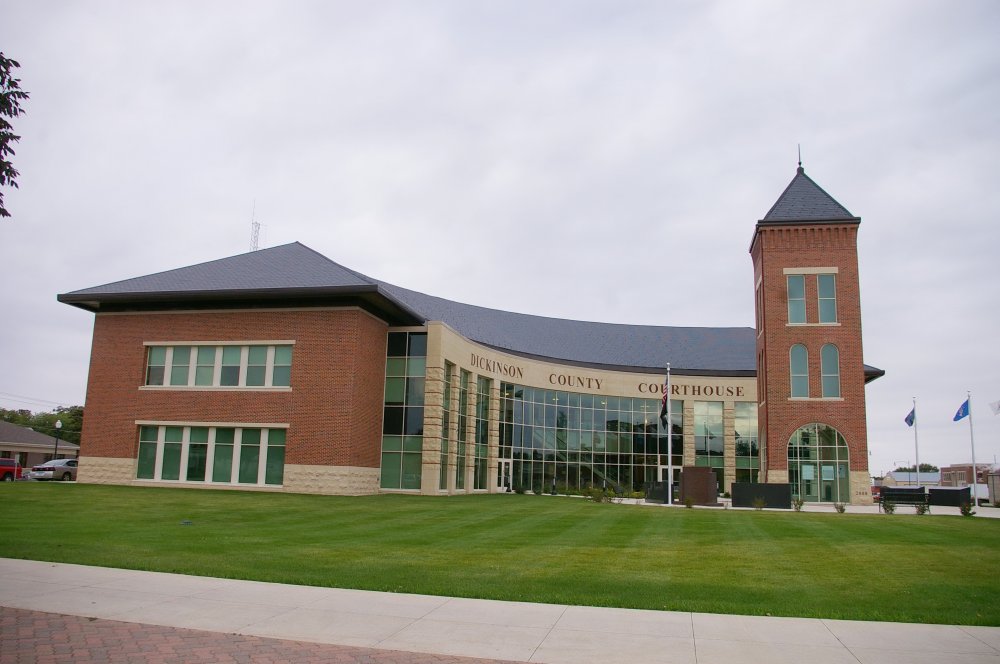 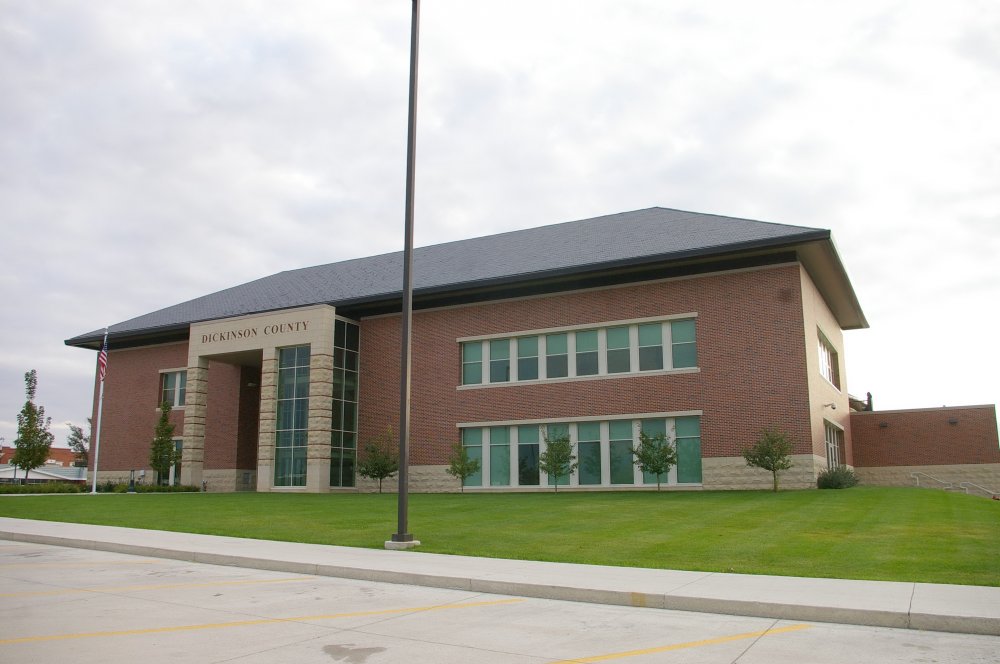 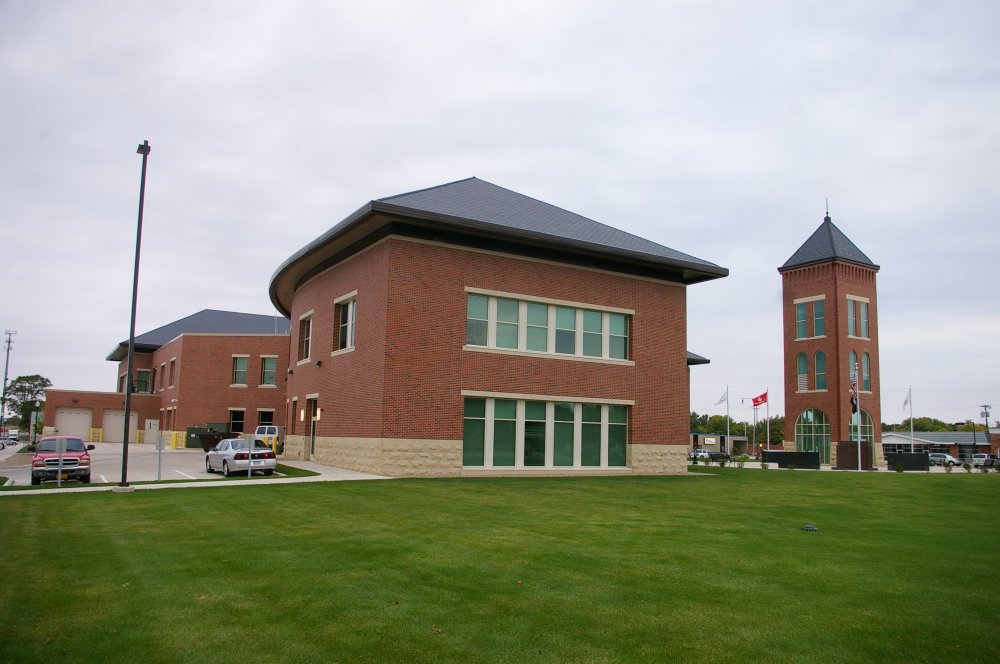 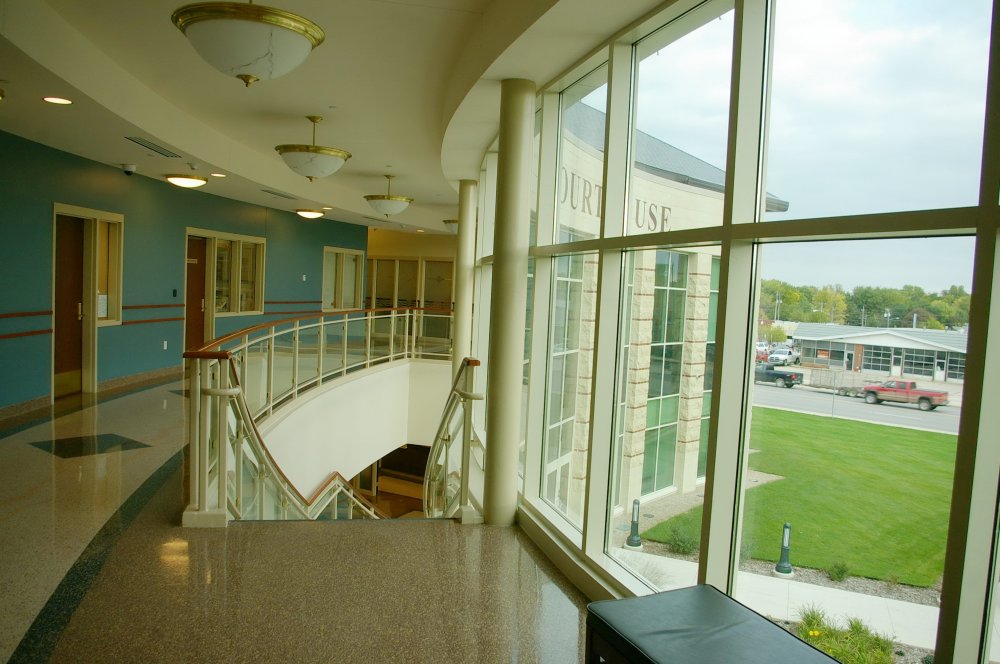 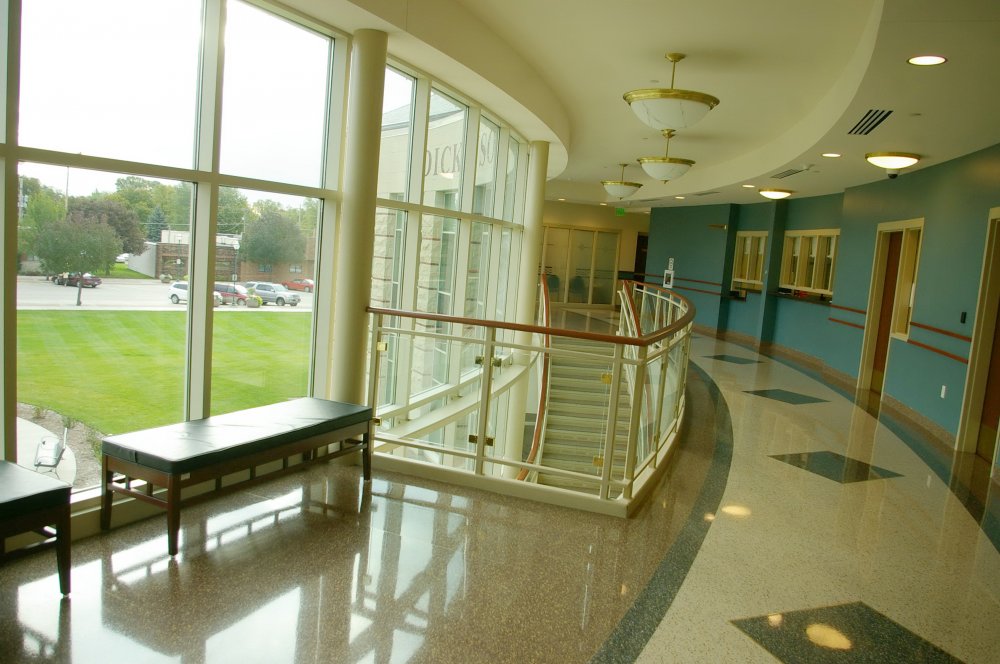 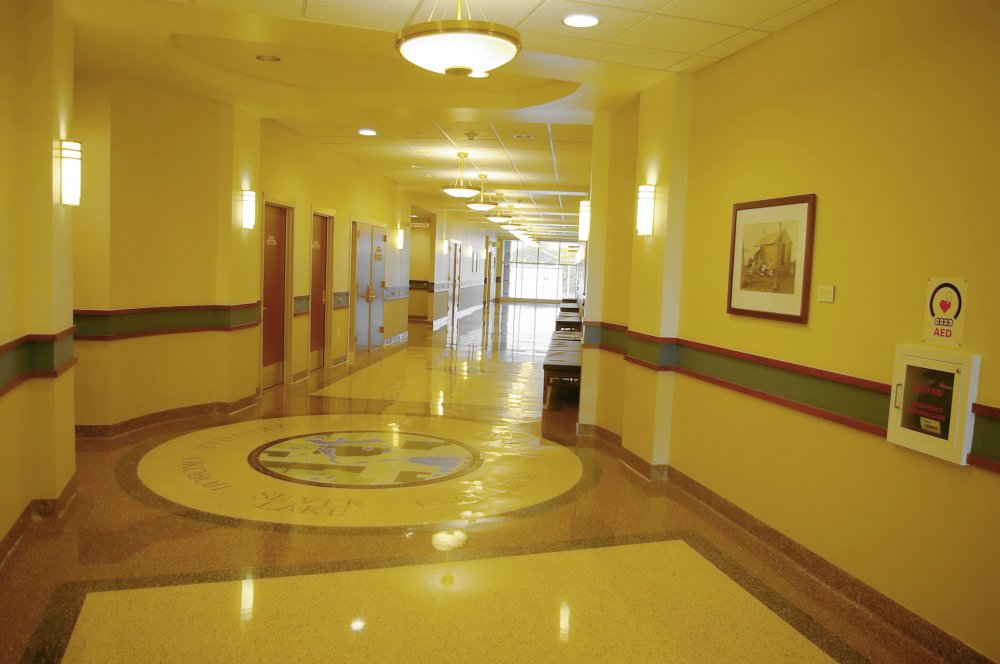 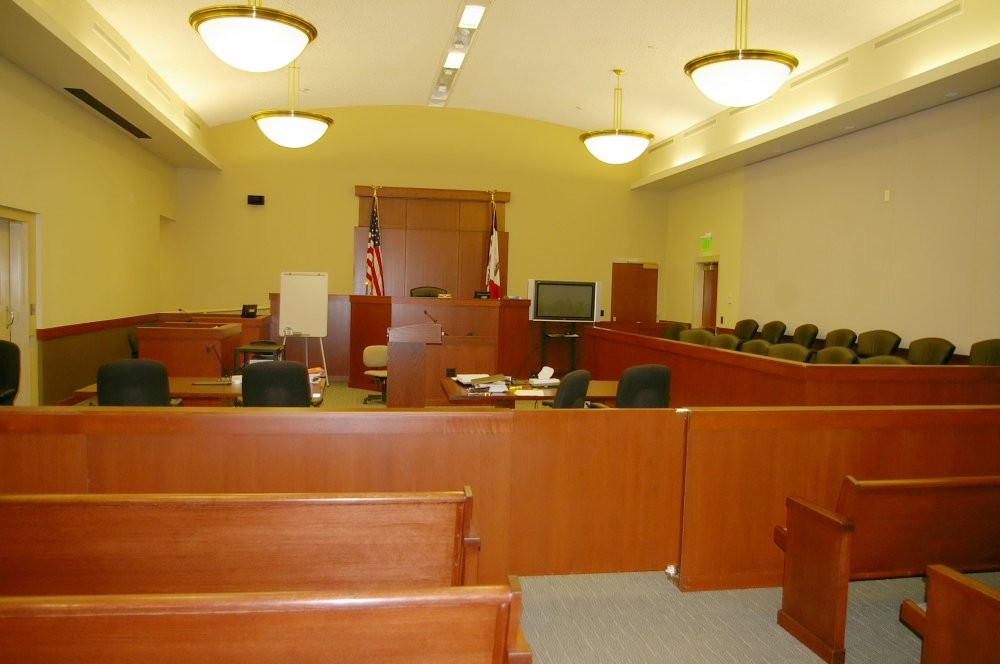 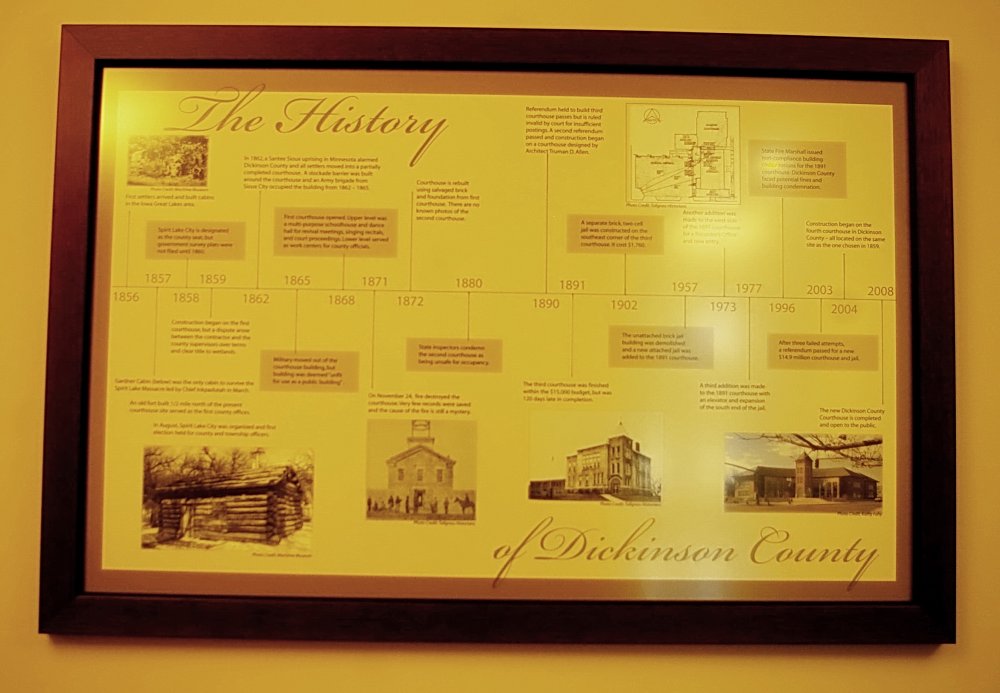 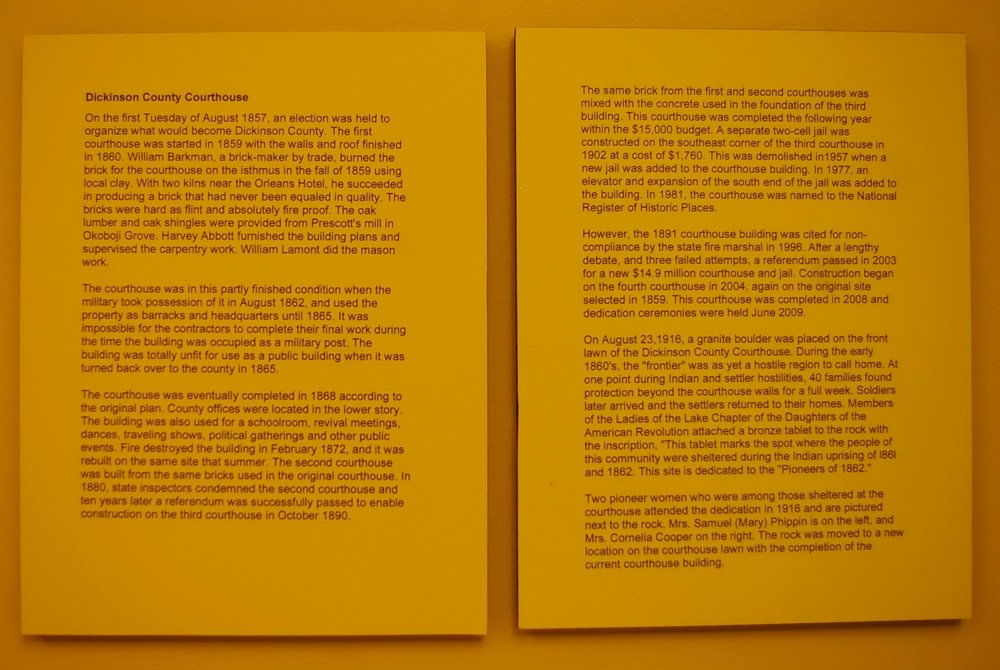