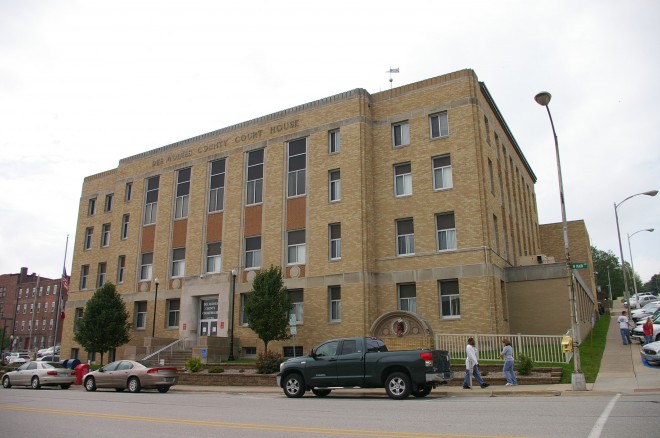 Des Moines County is named for the Des Moines River which once flowed through the county, and “Des Moines” means the “Middle River” or the river between the Missouri River and the Mississippi River.

Description:  The building faces east and  is a four story buff colored brick, limestone and concrete structure. The building is located on sloping landscaped grounds in the center of Burlington. The east front has a projecting center section with vertical brick dividers between the windows. The entrance on the first story is framed with limestone. There are horizontal bands of limestone. The roof line is flat. In the interior there is a central corridor plan. The front entrance vestibule has two-tone terrazzo floors, a four foot marble wainscot, plastered walls and original acoustic tiles. There is a central staircase near the entrance with marble clad columns. The courtroom is located on the east side of the second story and has a two story high ceiling. The wainscoting has large squares set between shallow palisters. The building houses the County District Court of the 8B Judicial District. The building is a Public Works Administration project.

History:  The county was created in 1834 and Burlington was selected as the county seat in 1843 when the county was organized. Court was held in a log cabin until Marion Hall was leased to serve as the first courthouse. In 1866, Mozart Hall was purchased as the second courthouse but the building burned in 1873. The third courthouse was designed by Perly Hale and constructed in 1882 at a cost of $130,000. The fourth and present courthouse was constructed in 1939 to 1940 at a cost of $280,000. 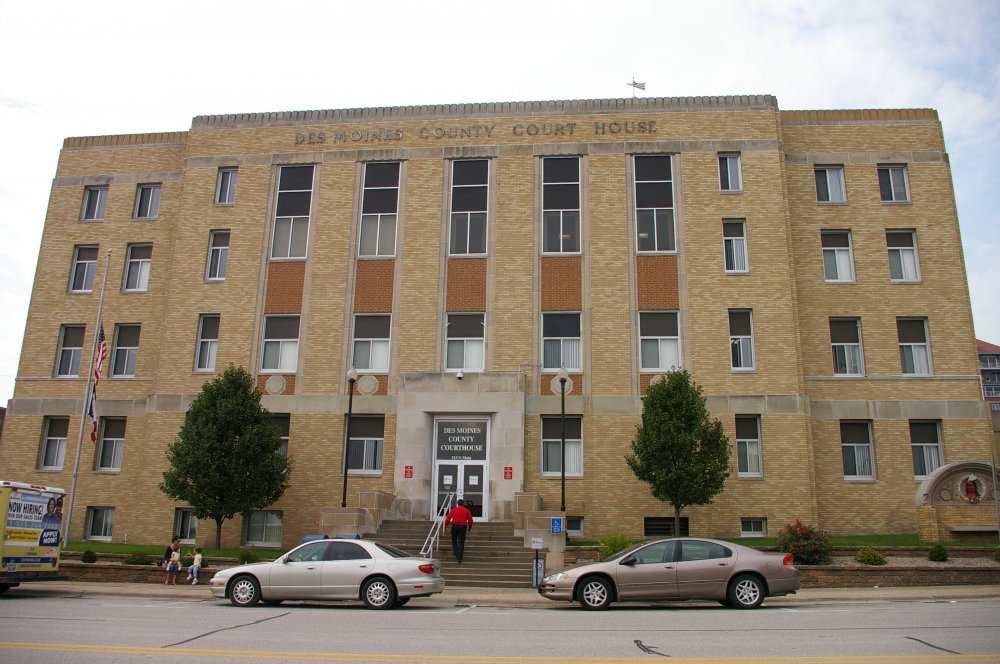 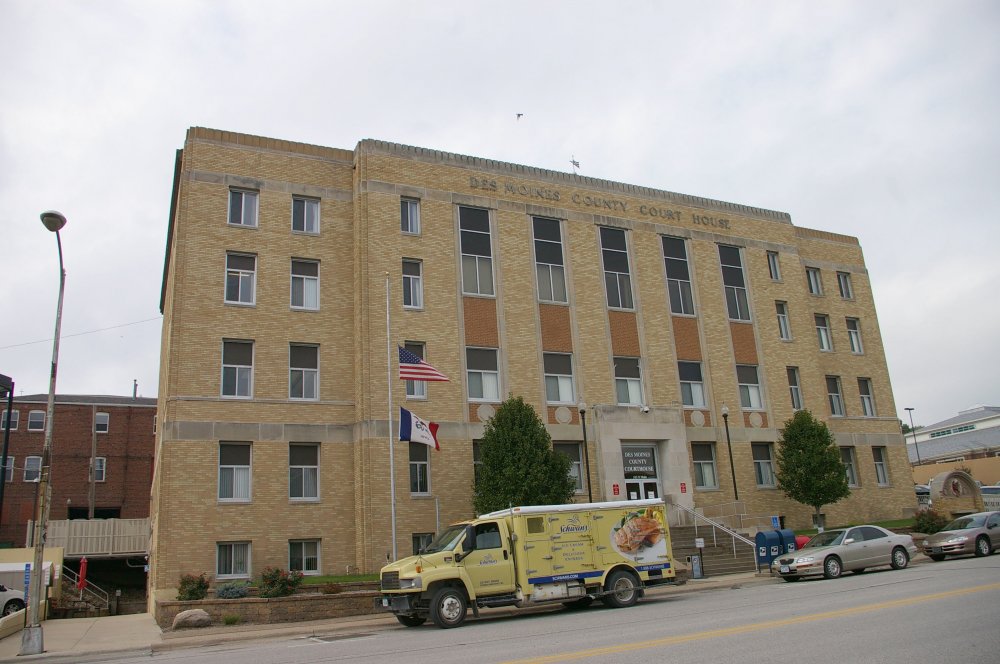 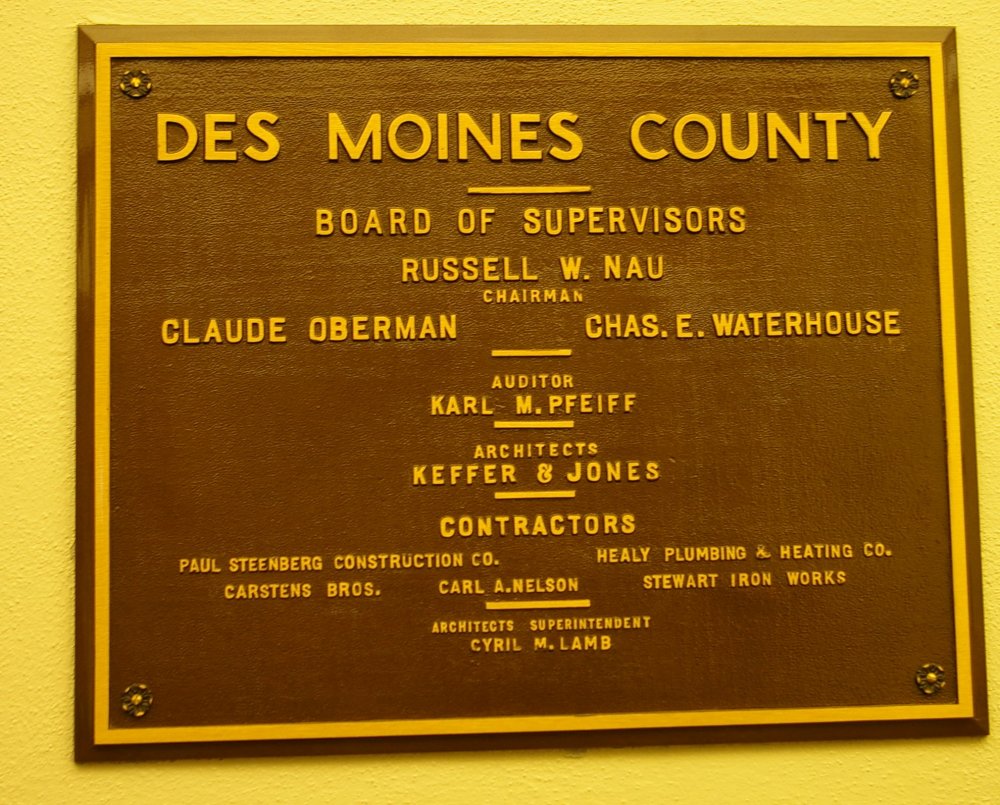 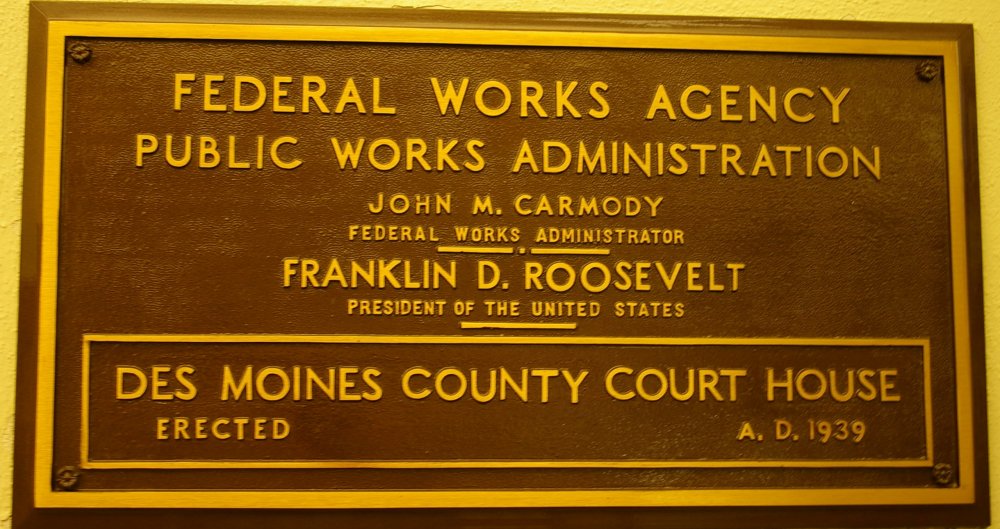