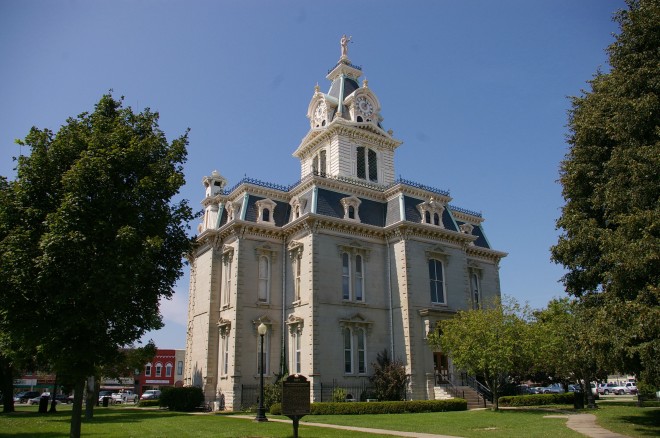 Davis County is named for Garrett Davis, who was a Congressman and later a United States Senator from Kentucky. 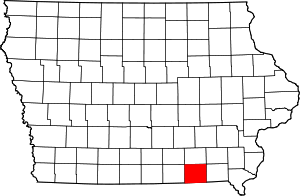 Description:  The building faces north and is a two story stone structure. The building is located on the landscaped grounds of the Courthouse Square in the center of Bloomfield. The building has wrought iron trim and a mansard roof with small dormer windows. The central entrance section projects from the main building. On the center of the roof is a large square cupola with clock and with The Goddess of Justice at the top. In the interior the courtroom is located on the second story. The building houses the County District Court of the 8A Judicial District. 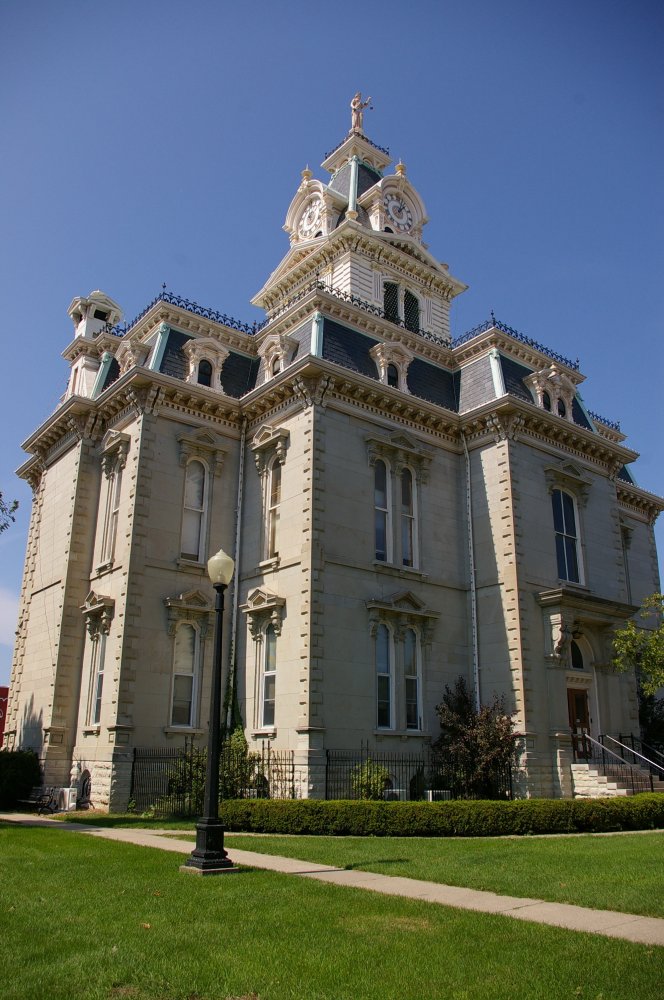 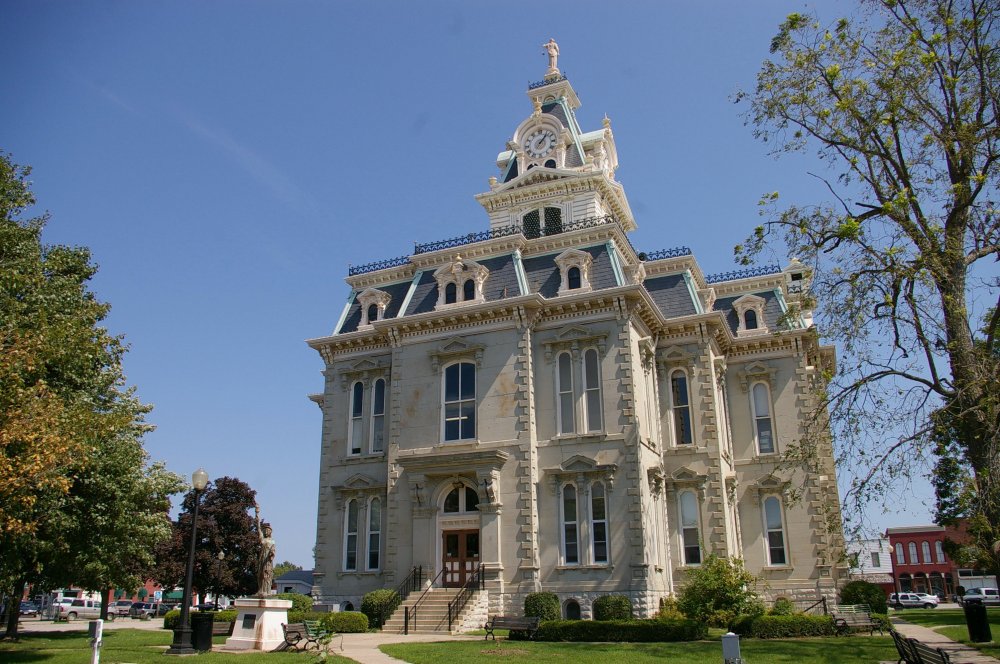 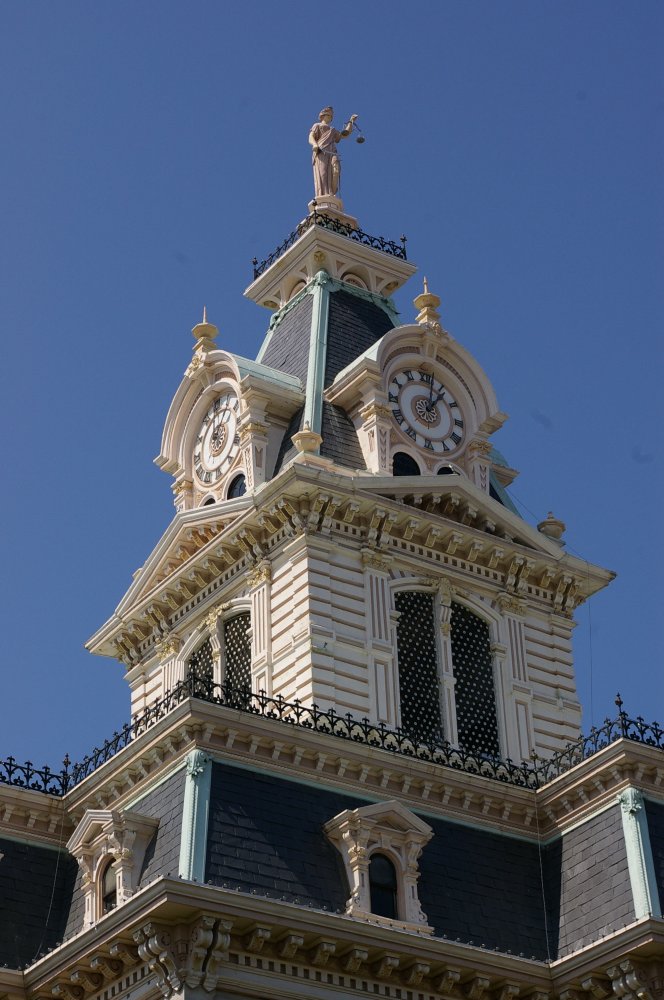 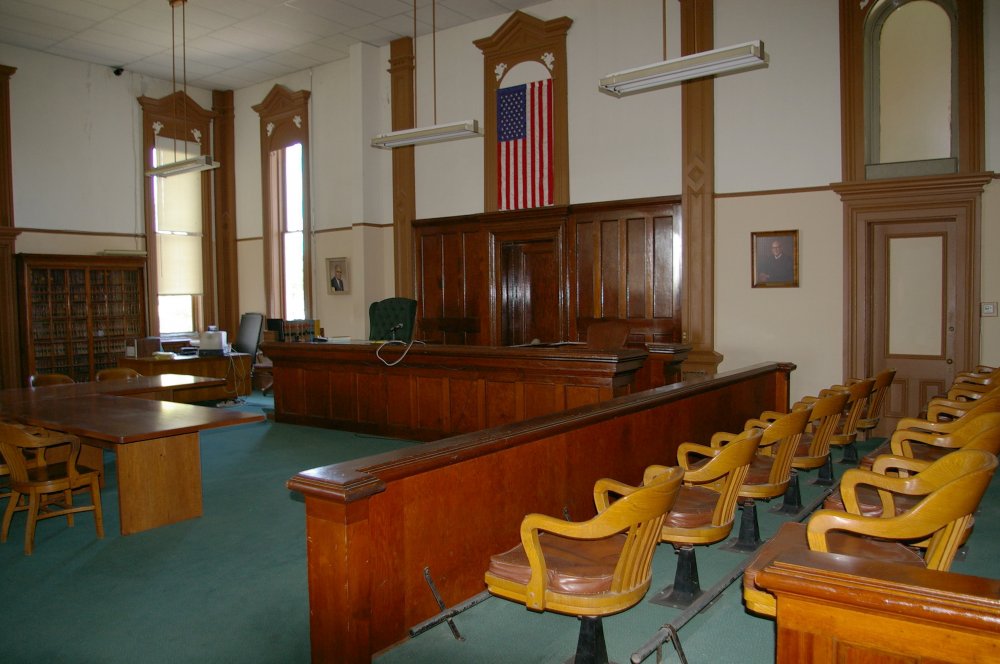 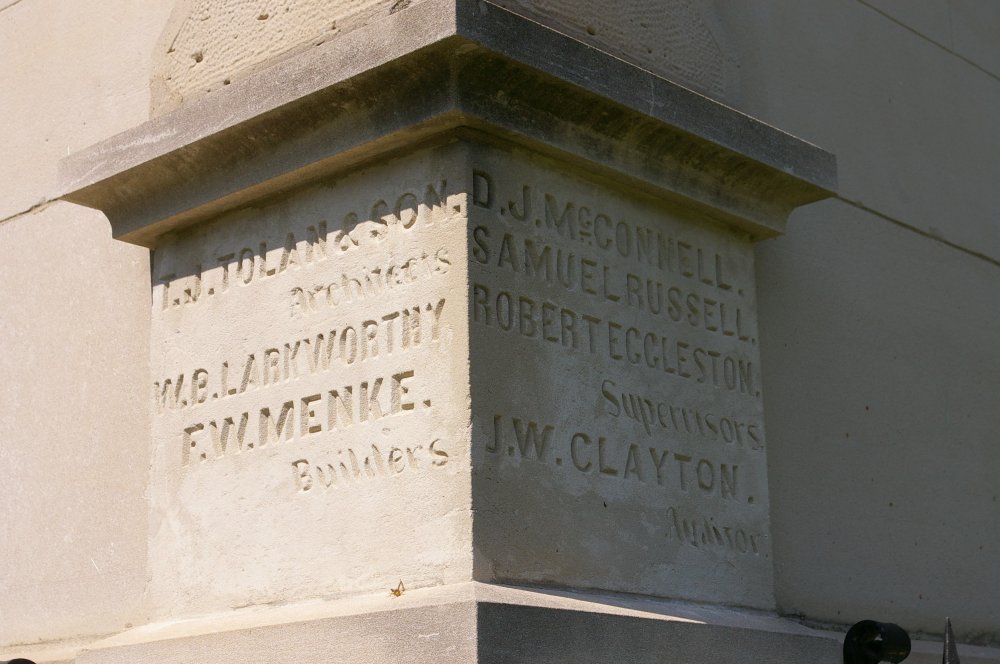 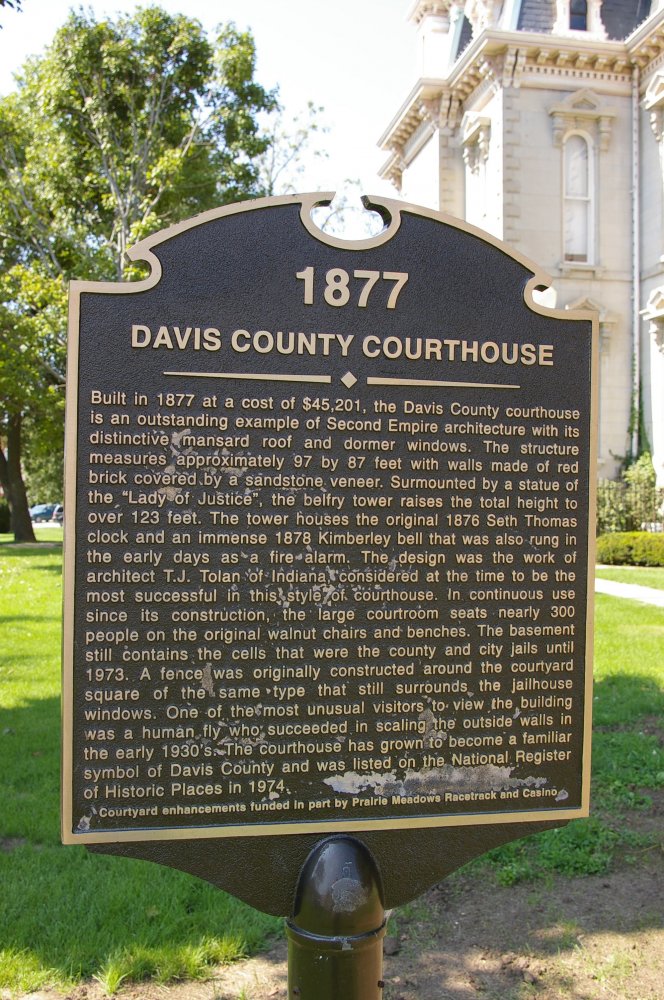