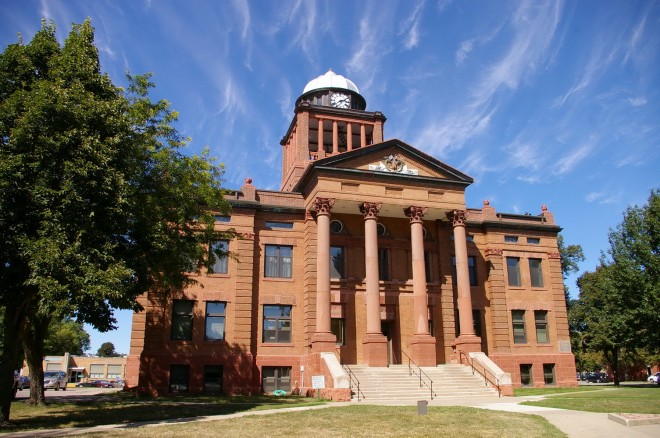 Clay County is named for Henry Clay Jr., who was a Colonel who died in action in the Mexican-American War and who was the son of Henry Clay, a famous American. 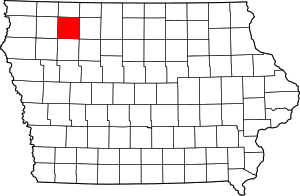 Description: The building faces south and is a two story Portage Entry Red Stone and concrete structure. The building is located on landscaped grounds in the center of the city. The front has a large portico supported by four large columns rising to a pediment at the roof with an American Eagle with outstretched wings surrounded by a laurel wreath. A dark red stone forms the base of the building. On the center of the roof is a large bronze dome. In the interior the lobby has a titled floor and pilasters. The courtroom is located on the west side of the second story. The building houses the County District Court of the 3A Judicial District. The clock tower was added in 1910. The building was renovated in 1981 to 1982. The architect was Fritzel-Kroeger-Griffin & Berg and the contractor was Spencer Construction Company Inc. 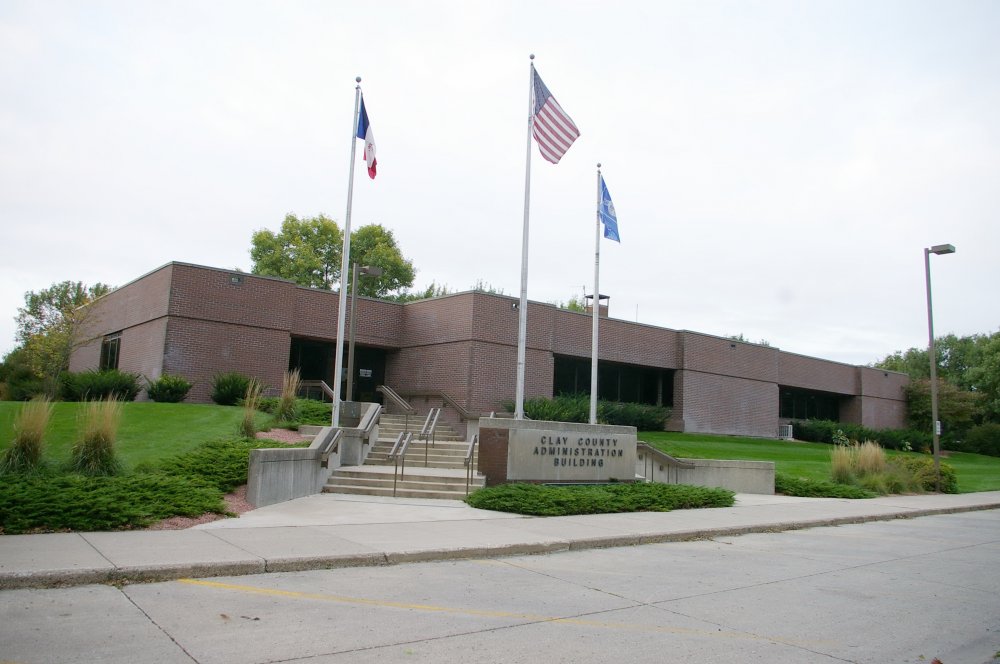 Description: The building faces north and is a one story gray-red colored brick structure. The rectangular shaped building is located on landscaped grounds in the center of Spencer to the southwest of the courthouse. There are large rectangular openings with recessed glass panels.  The roof line is flat. 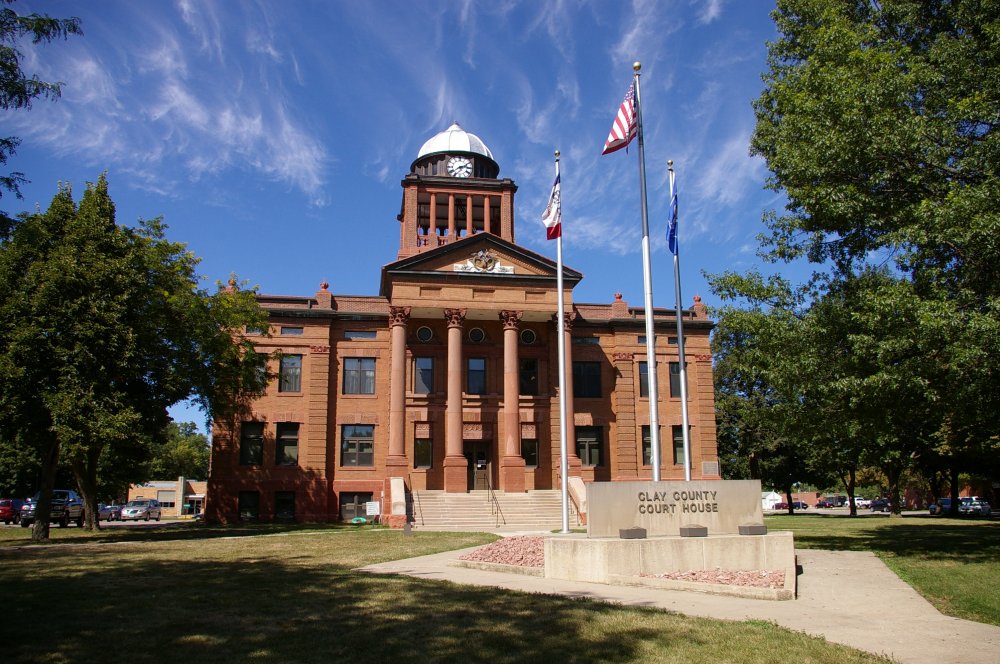 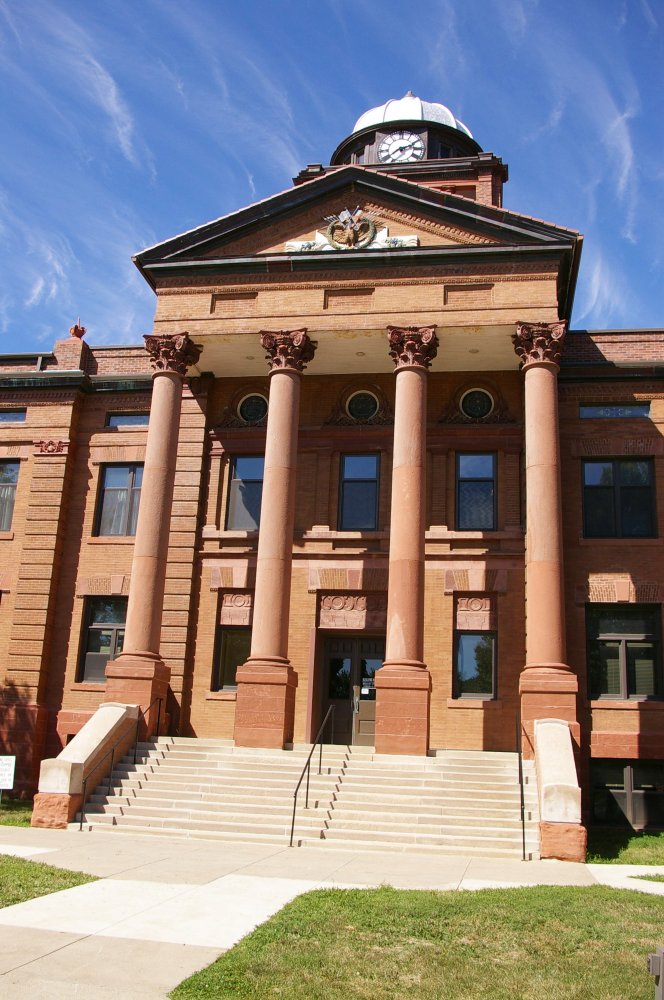 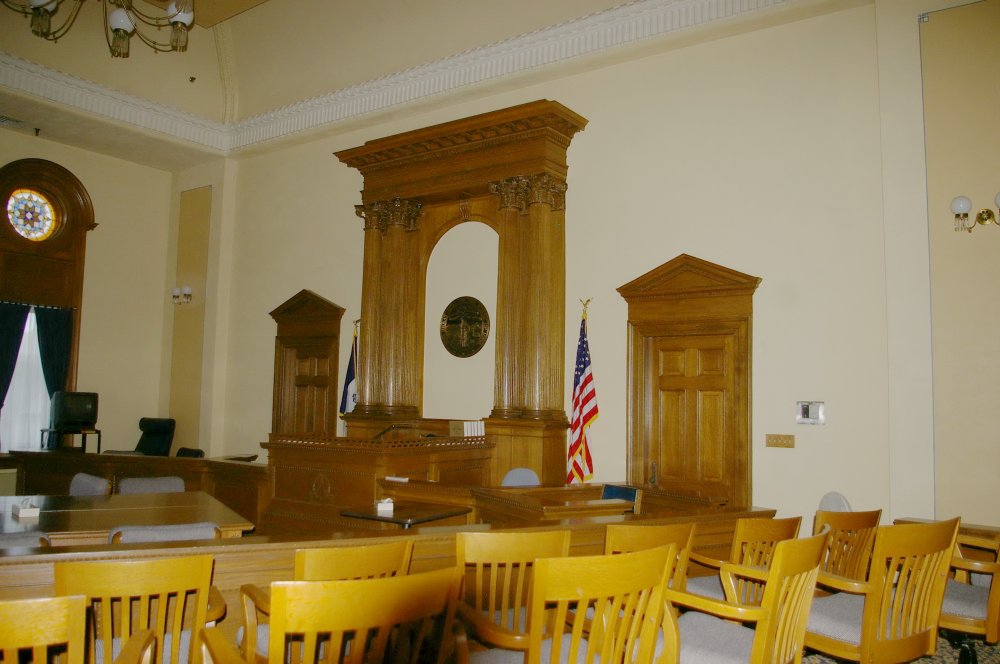 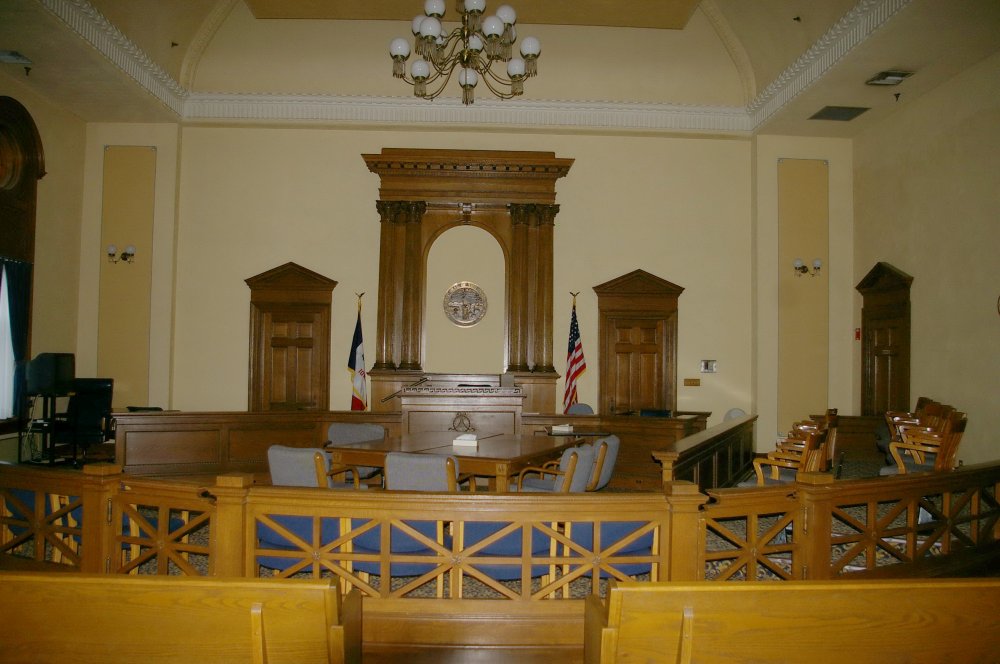 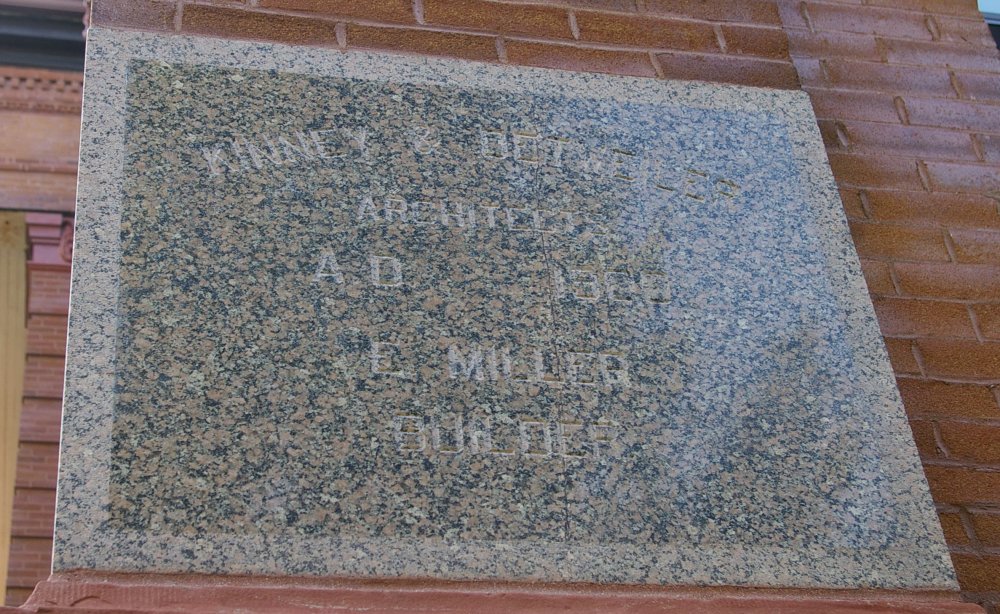