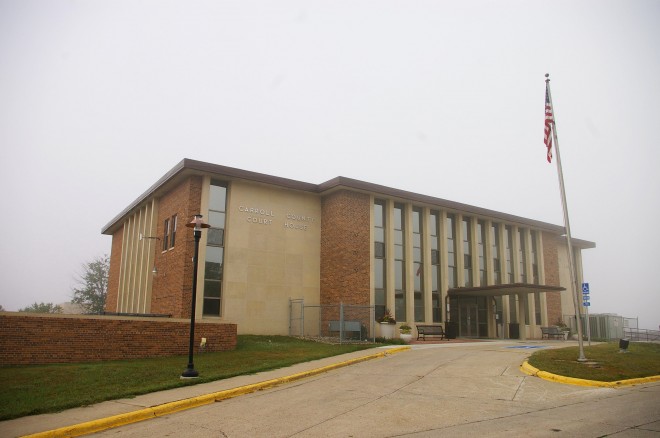 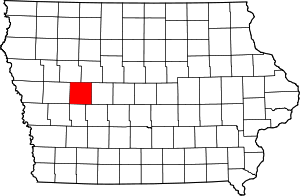 Description: The building faces north and is a three story buff colored limestone, red colored brick, concrete and glass structure. The rectangular shaped building is located on landscaped grounds atop a rise in the center of Carroll. The north front extends from the main building and has an overhang at the central entrance. Vertical dividers separate the windows. Vertical dividers are along the east and west sides. The building houses the District Court of the 2B Judicial District. 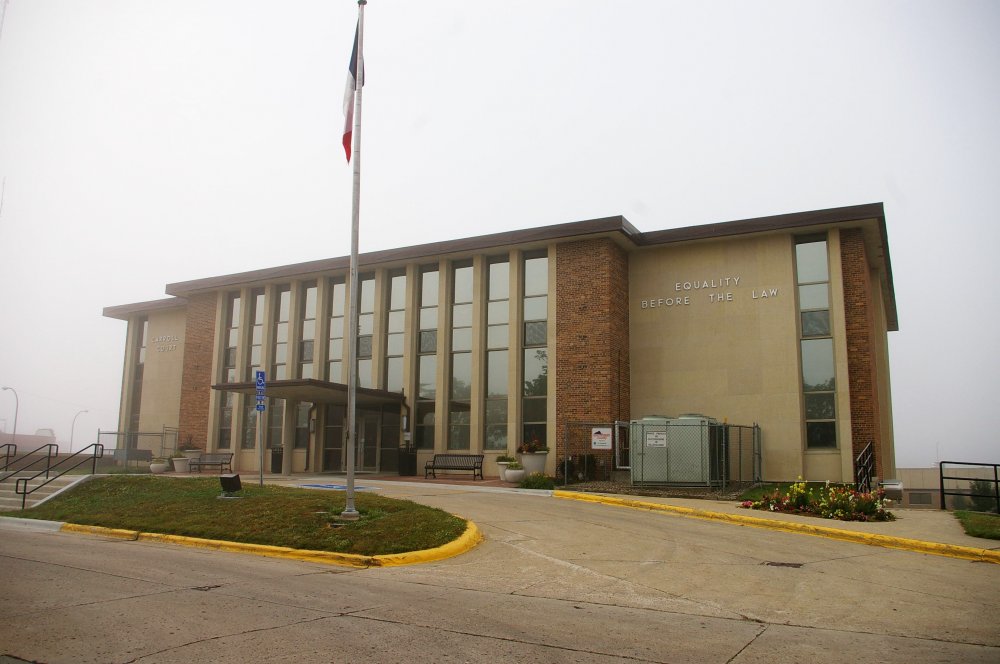 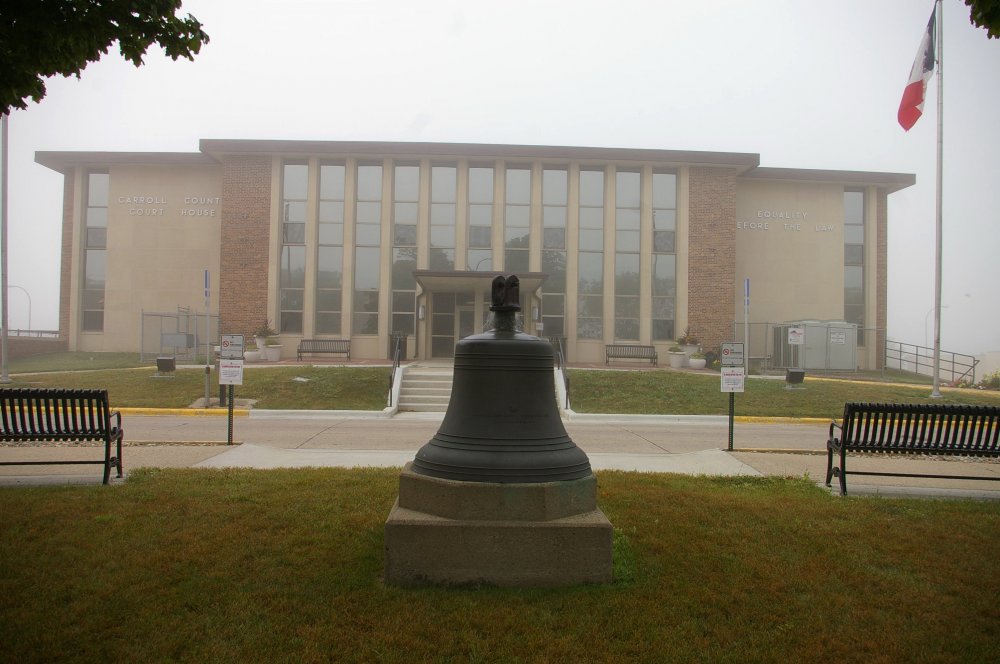 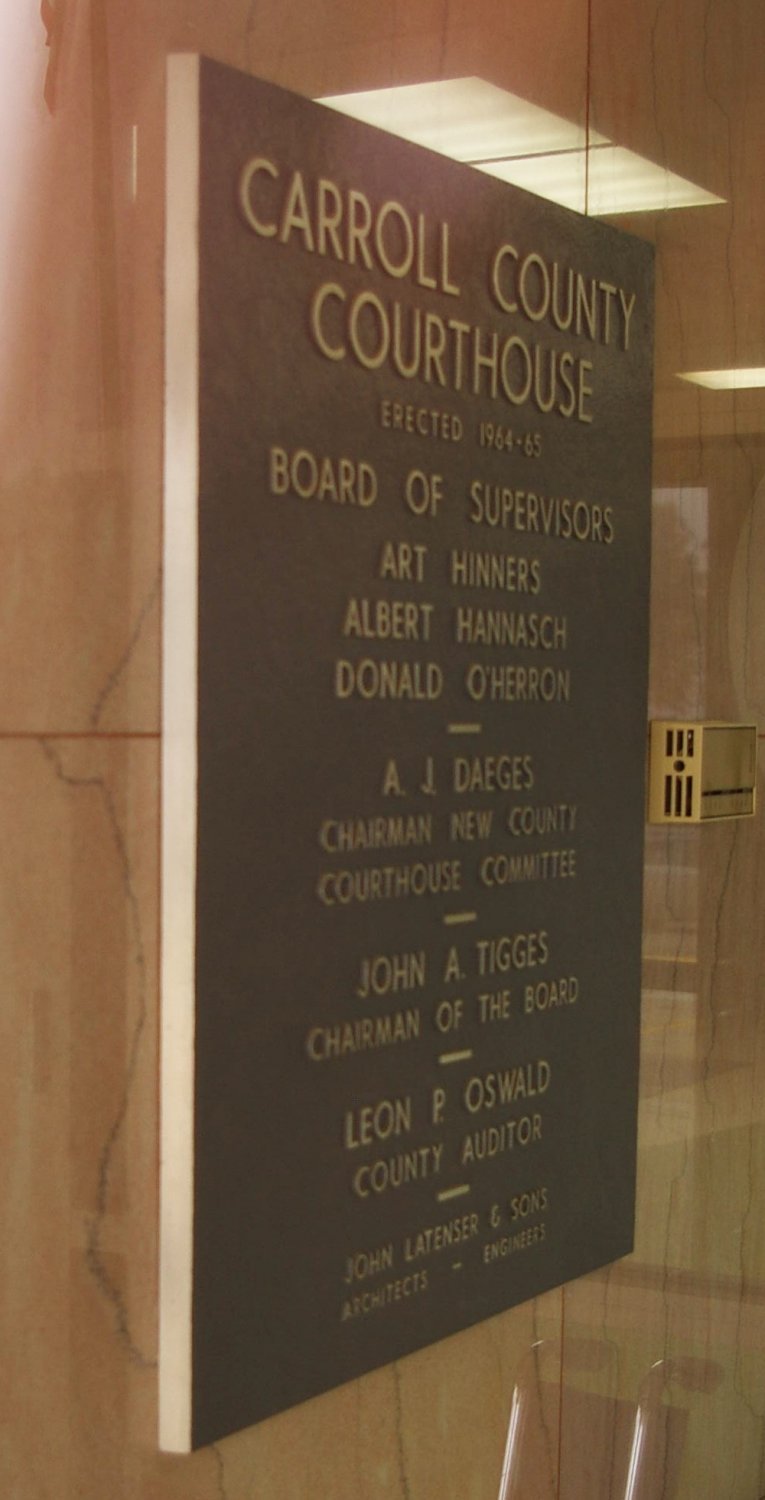