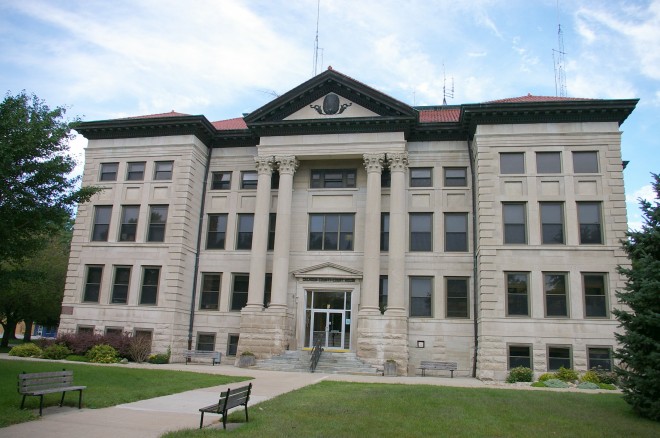 Calhoun County is named for John C Calhoun, who was the seventh Vice President of the United   States of America.

Description: The building faces east and is a three story cream colored limestone and concrete structure. The building is located on landscaped grounds in the center of Rockwell City. The building has a raised basement. The front has a high portico supported by four tall columns with pediment containing a crest. The entrance has a small pediment above. The north and south wings project from the main building. The roof is red colored clay tiles. In the interior is a three story rotunda with stained glass skylight.  The courtroom is located on the second story and has a ceramic tile floor and coffered ceiling. The building houses the District Court of the 2B Judicial District. During construction, the superintendent was W E McClure. 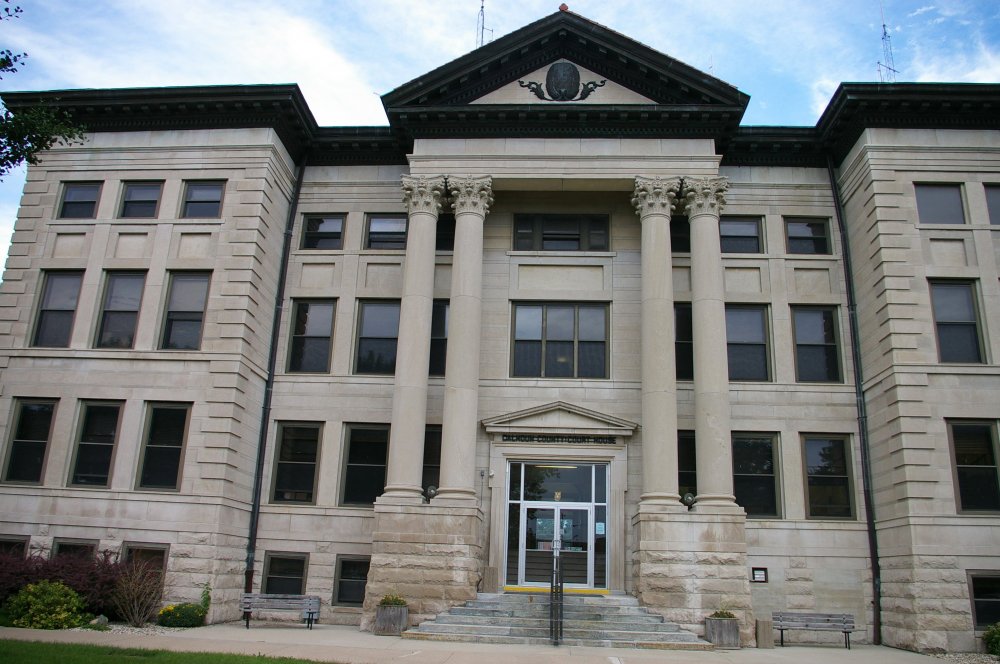 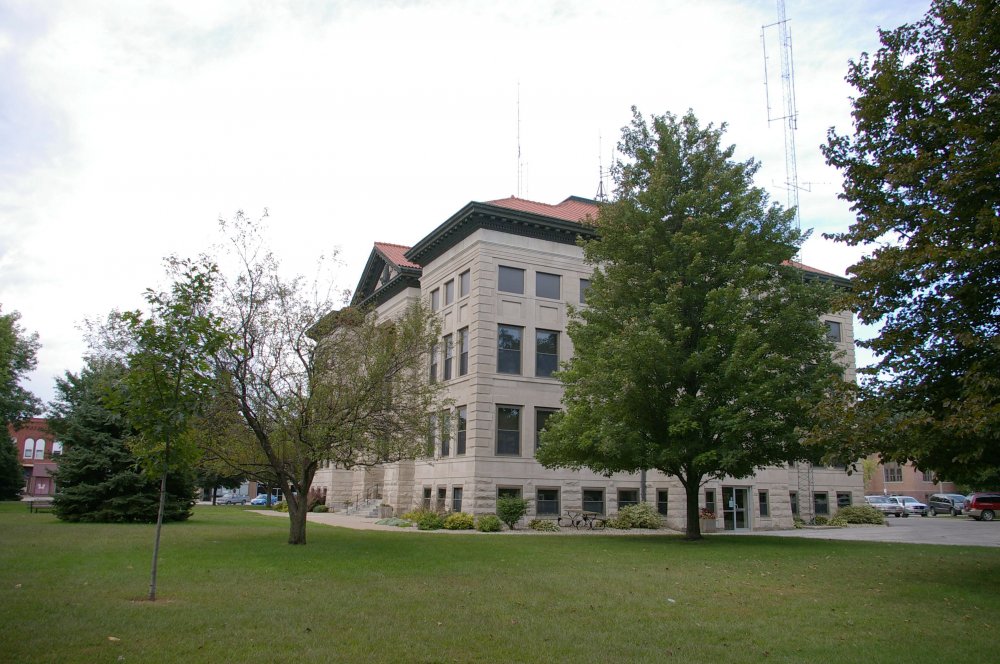 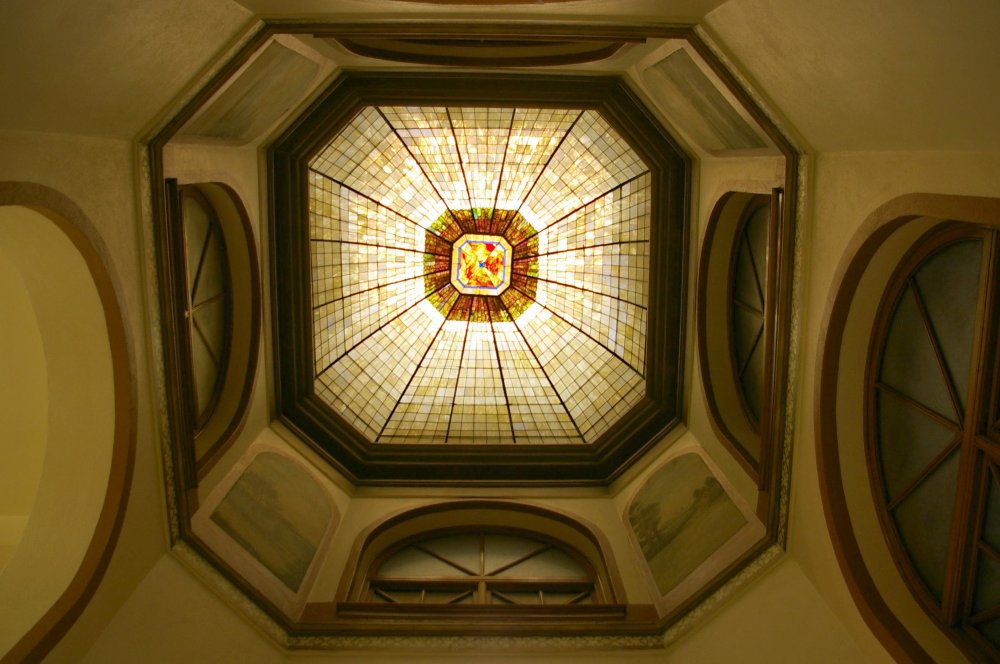 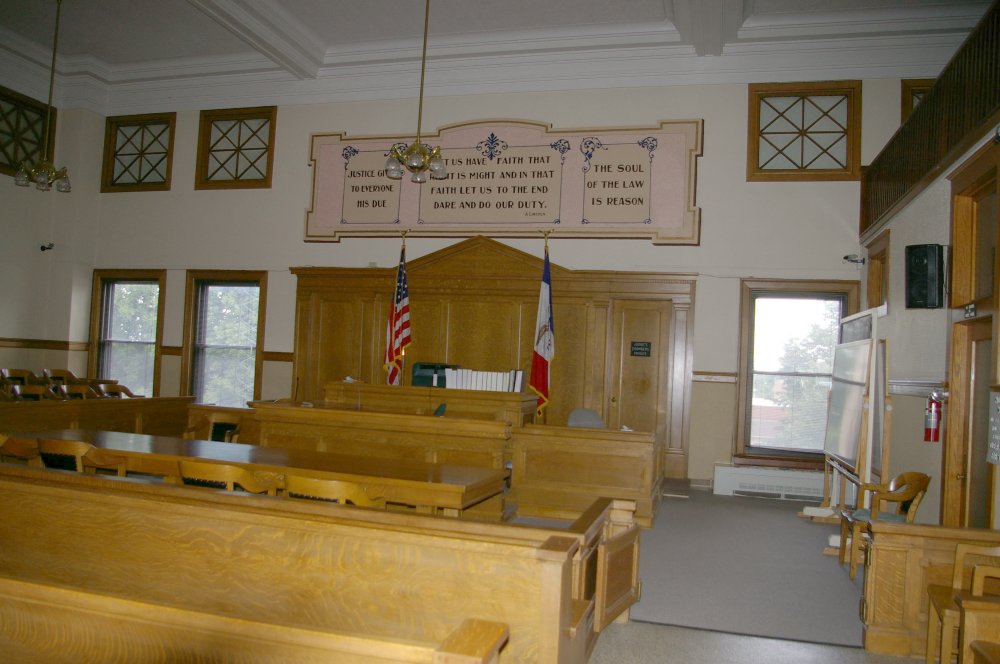 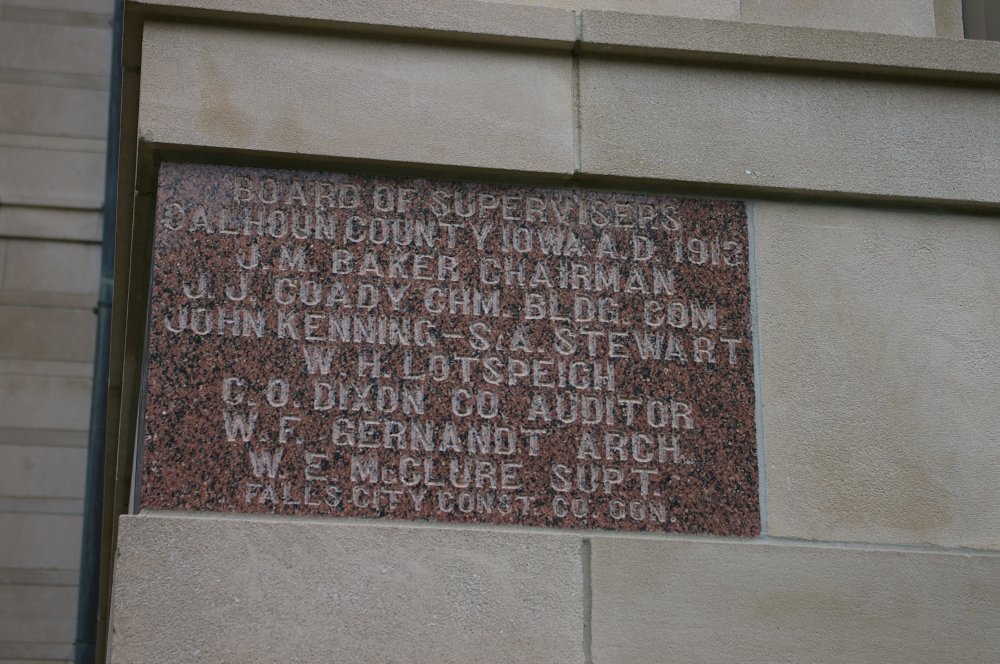 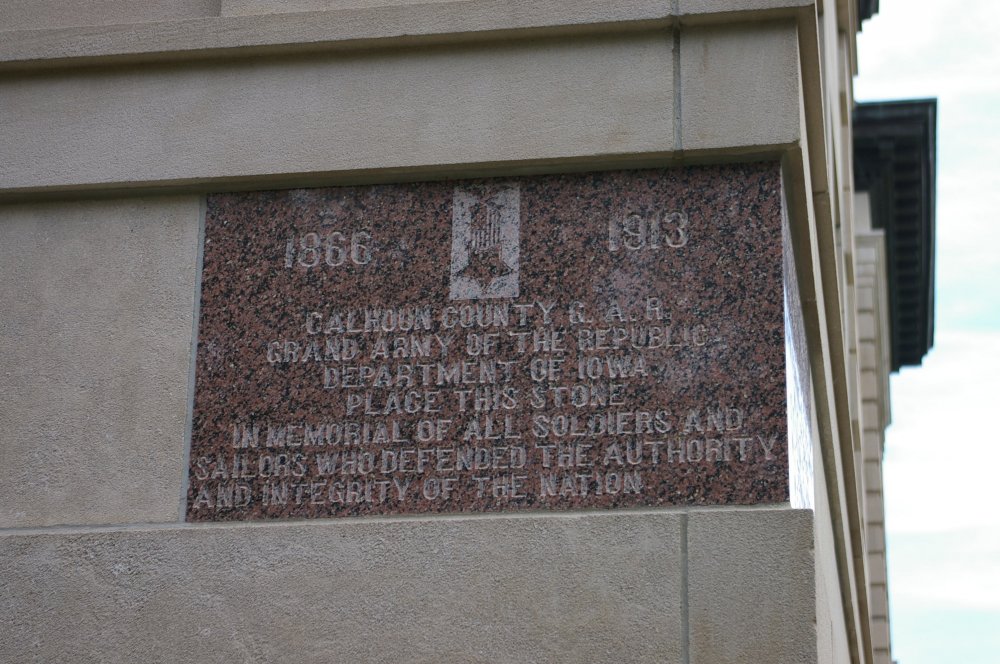