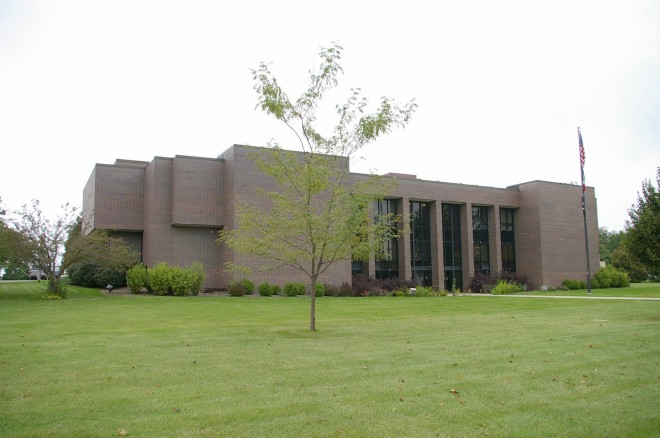 Butler County is named for William Butler, who was a general and an unsuccessful candidate for Vice President of the United States.

Description: The building faces south and is a three story dark red colored brick and concrete structure. The building is located a spacious landscaped grounds in the center of Allison. The center section has vertical pillars with large vertical glass windows. On the east and west sides, the building projects and then recesses along the south and north sides. The roof line is flat. The building houses the District Court of the 2A Judicial District. To the north is the Butler County Hall of Fame.

Note:  Located on the courthouse grounds, the Butler County Hall of Fame is housed in a structure that is topped off with the old cupola that was removed from the Butler County Courthouse that was built in 1881 to 1883, and torn down in 1976. The dome is 18 feet in diameter, 30 feet tall, and weighs approximately 7000 pounds. 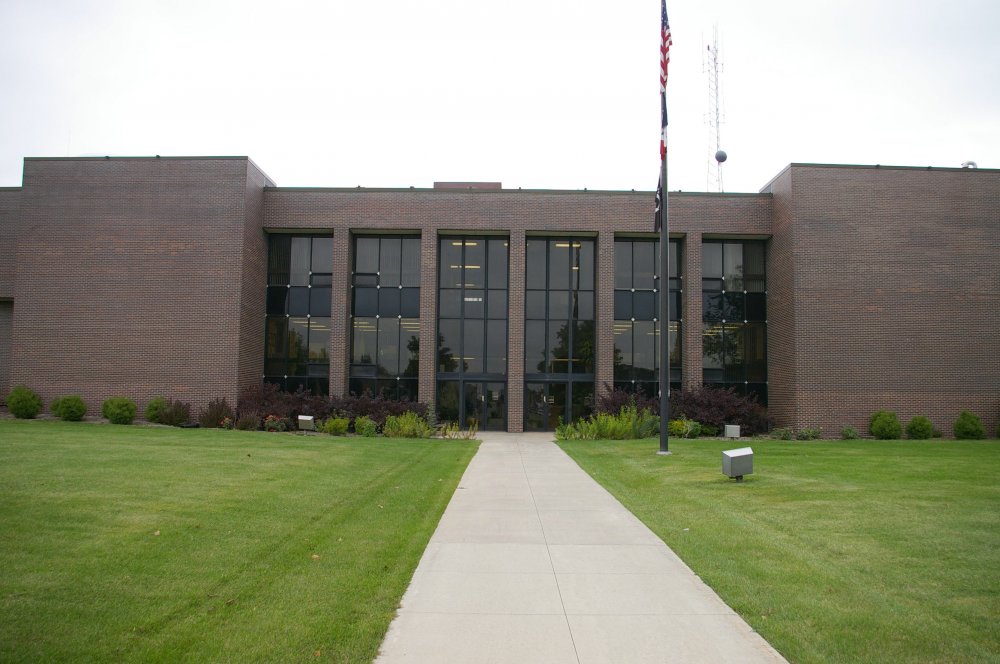 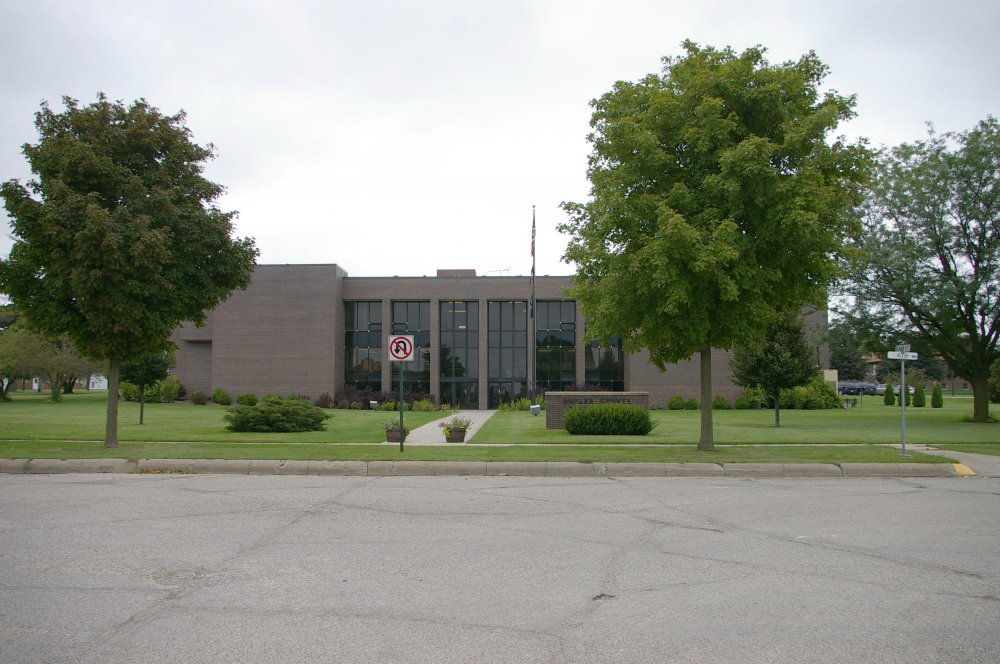 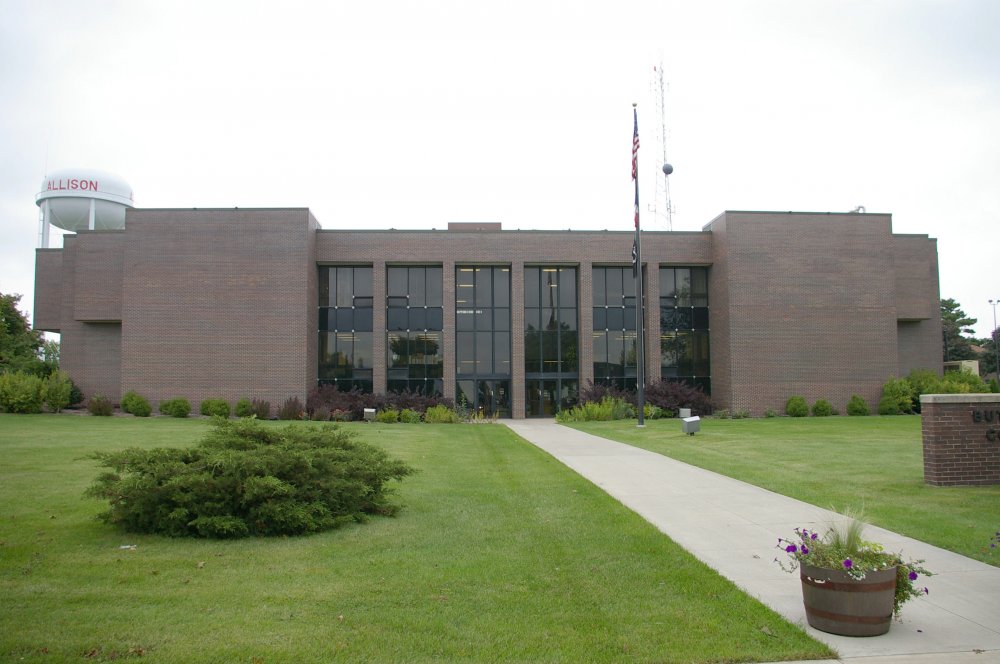 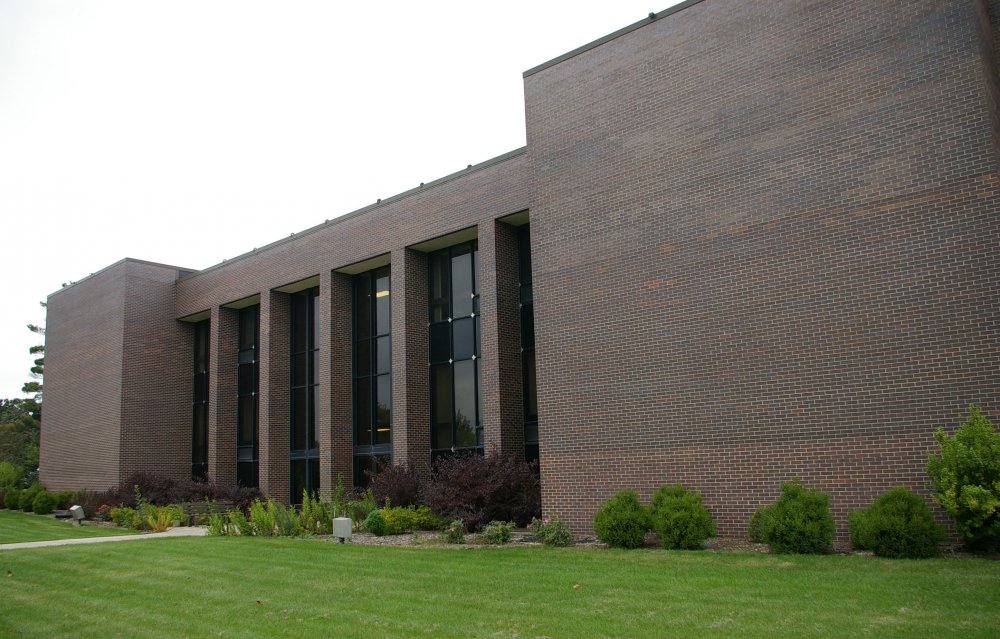 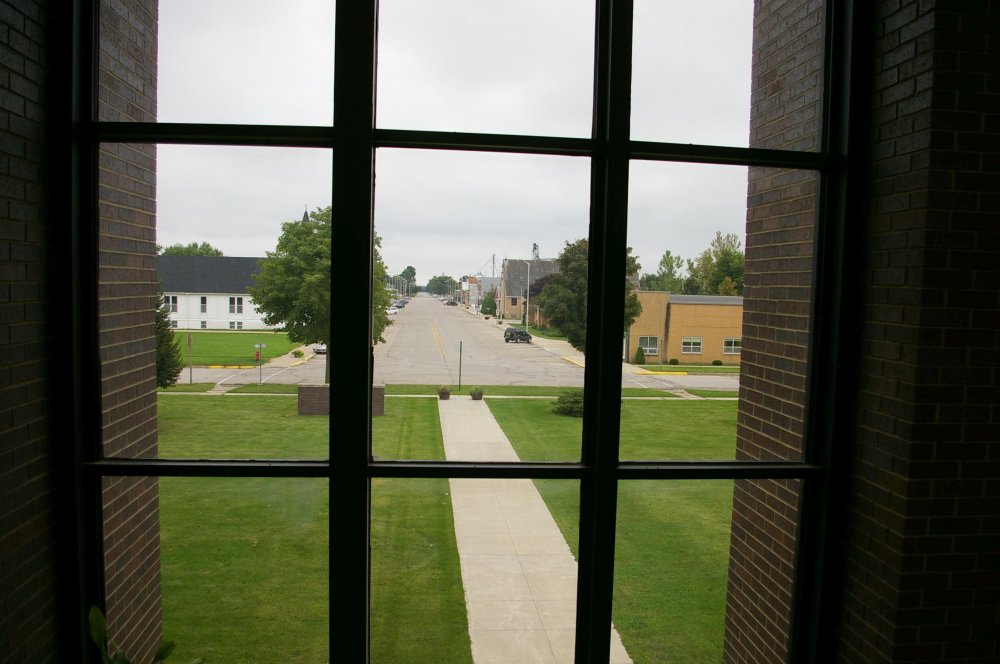 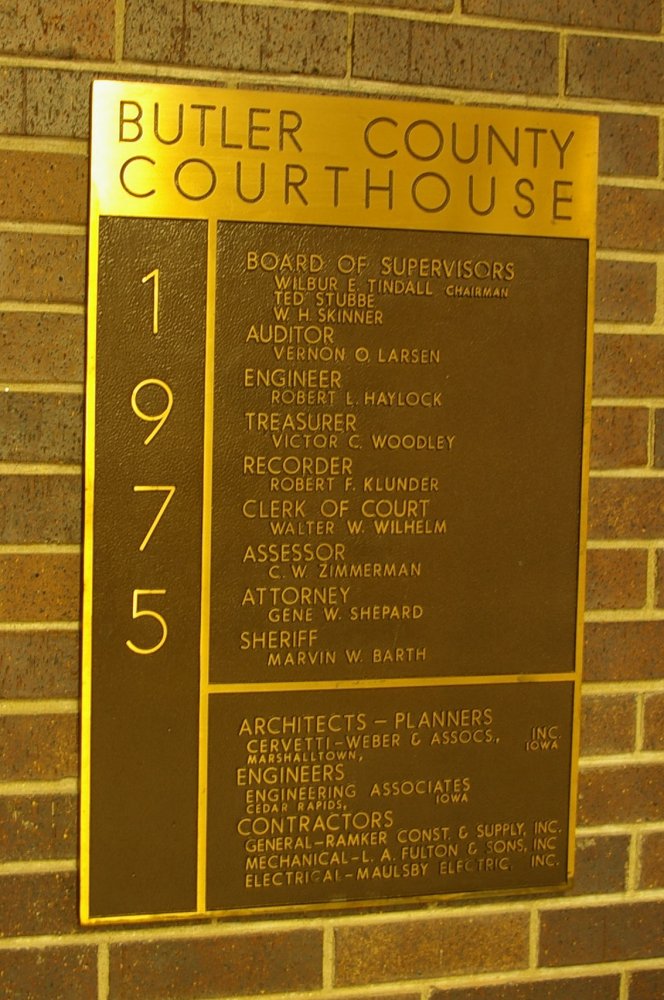 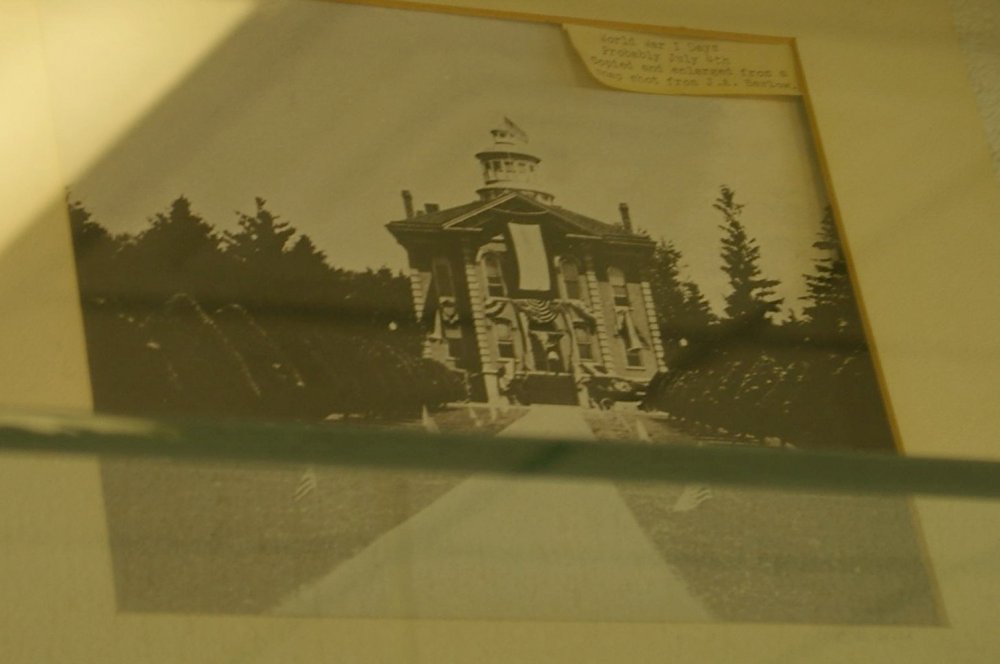