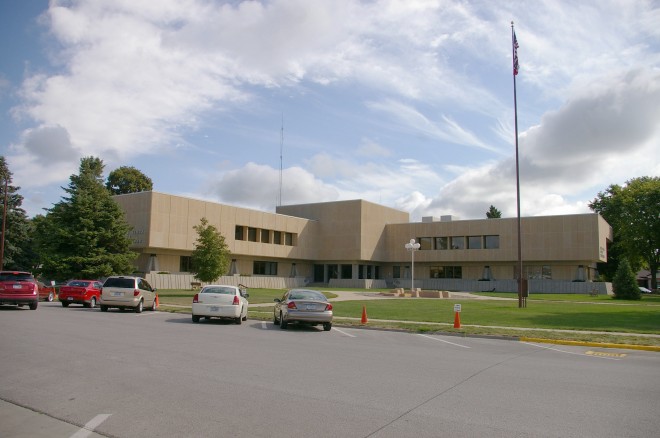 Buena Vista County is named for the Battle of Buena Vista in the Mexican-American War. 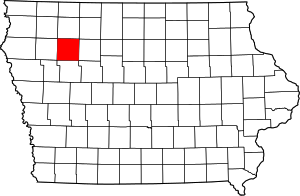 Description: The building faces southwest and is a two story concrete, glass and limestone clad structure. The building is located on landscaped grounds in the center of Storm Lake. The building has a square center section with a south wing and a west wing, forming an “L” shape. The second story protrudes over the first story. The roof line is flat. In the interior there is a spacious looby on the first story. The courtroom is a round shape and measures 30 feet in diameter. The building houses the District Court of the 3A Judicial District. 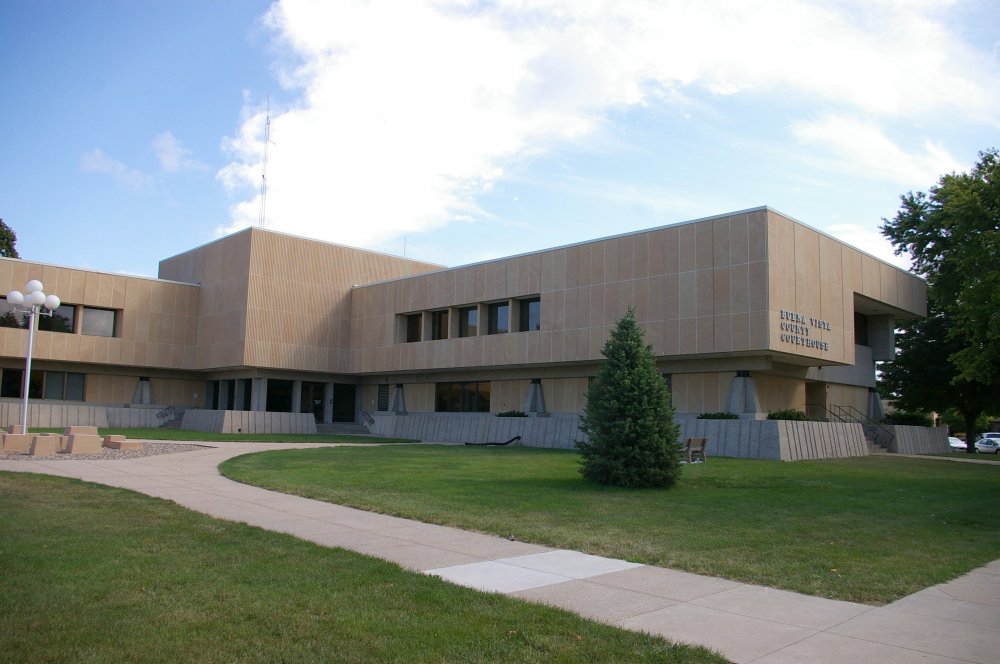 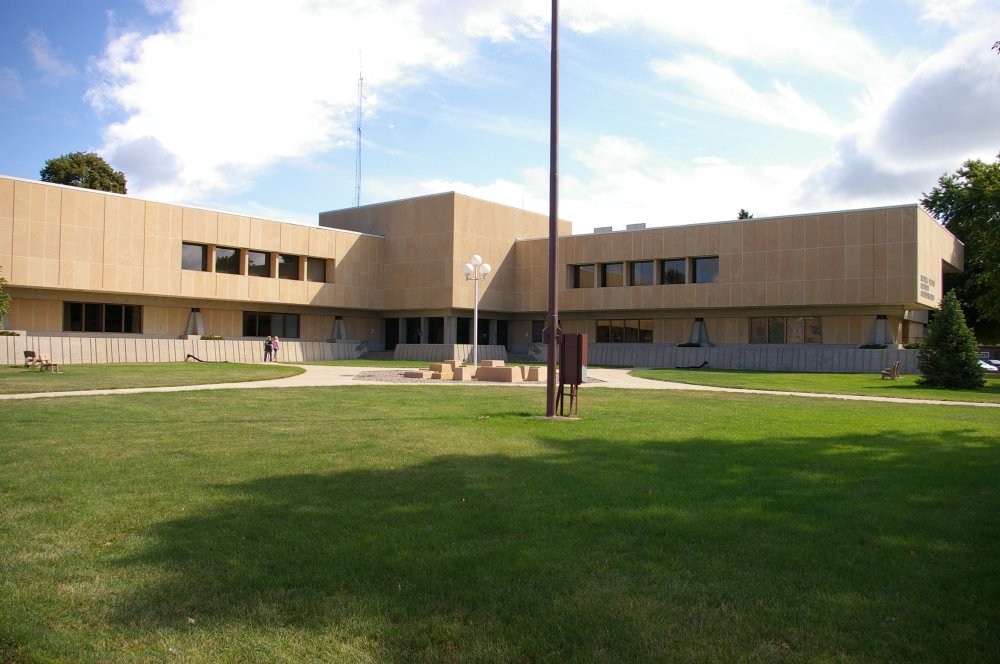 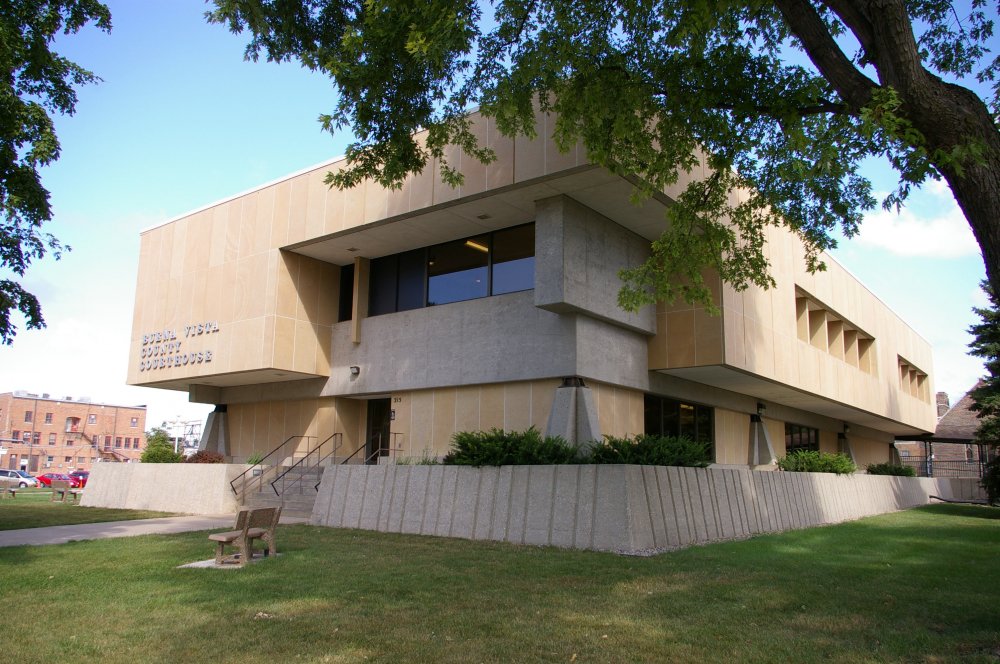 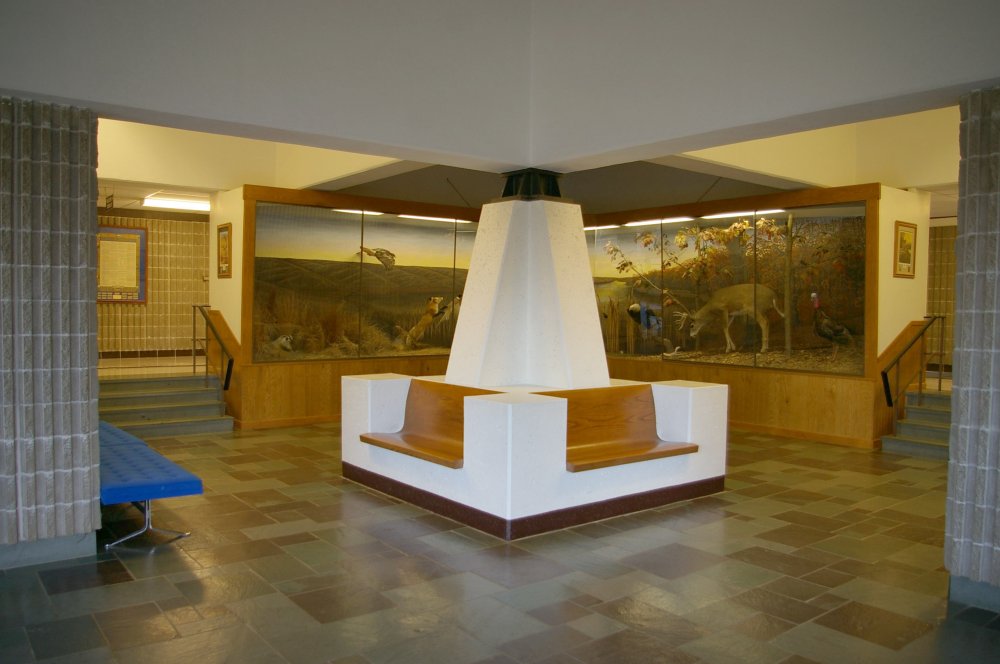 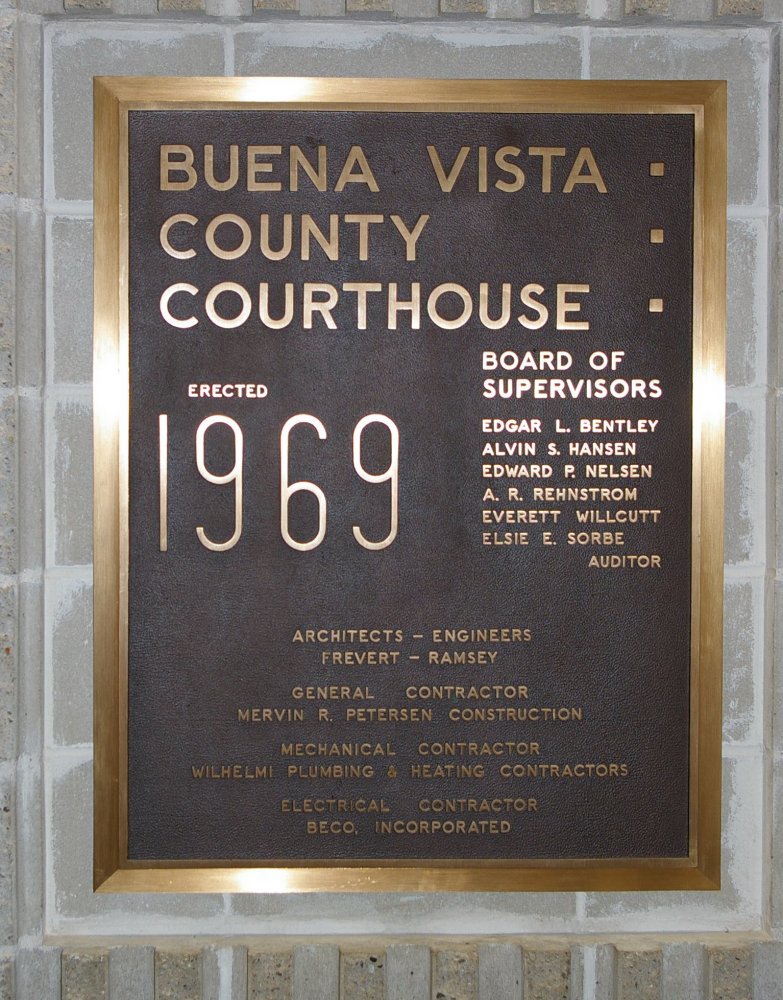