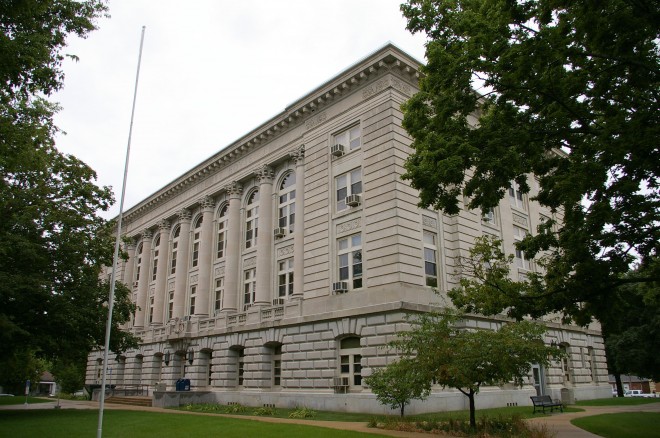 Description: The building faces east and is a four story stone and concrete structure. The rectangular shaped building is located on the landscaped grounds of the Public Square in the center of Boone. The east front has eight tall Corinthian columns rising from the second story to the fourth story with recessed windows between. The first story has stone blocks with recessed windows. A dentilated cornice circles the building. The roof line is flat. In the interior of the building are marble walls with terrazzo floors, coffered ceilings and a stained glass skylight. The first story has a spacious lobby. The courtroom is located on the third story. The building houses the County District Court of the 2B Judicial District. 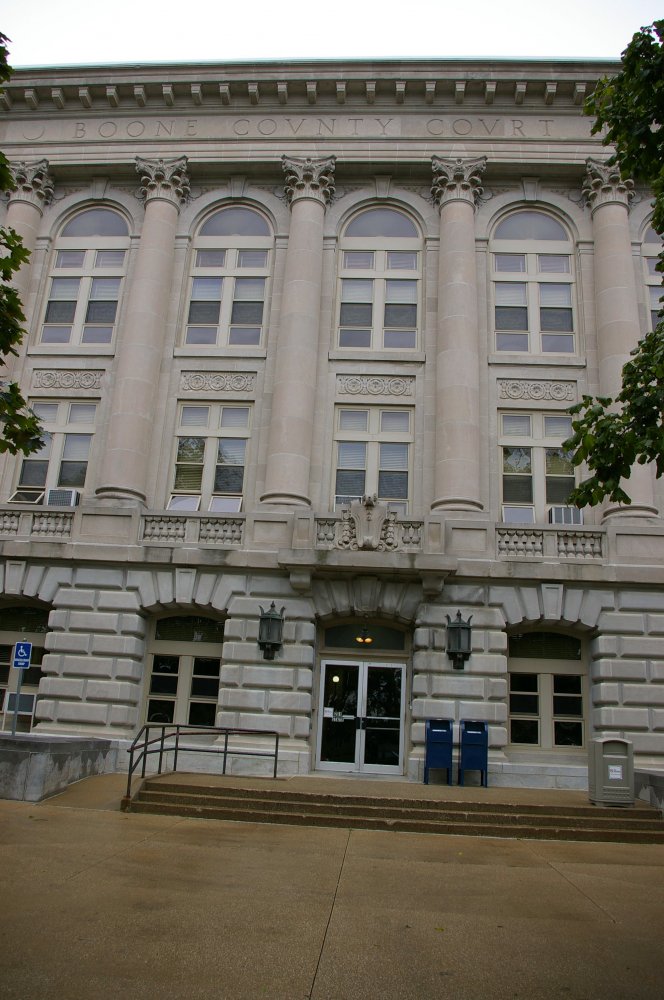 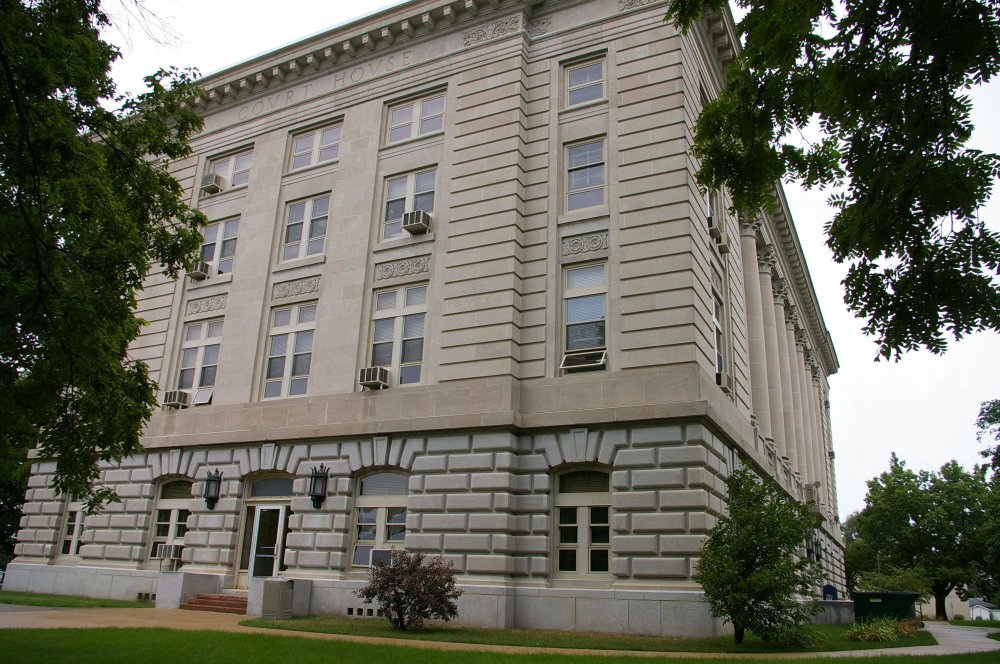 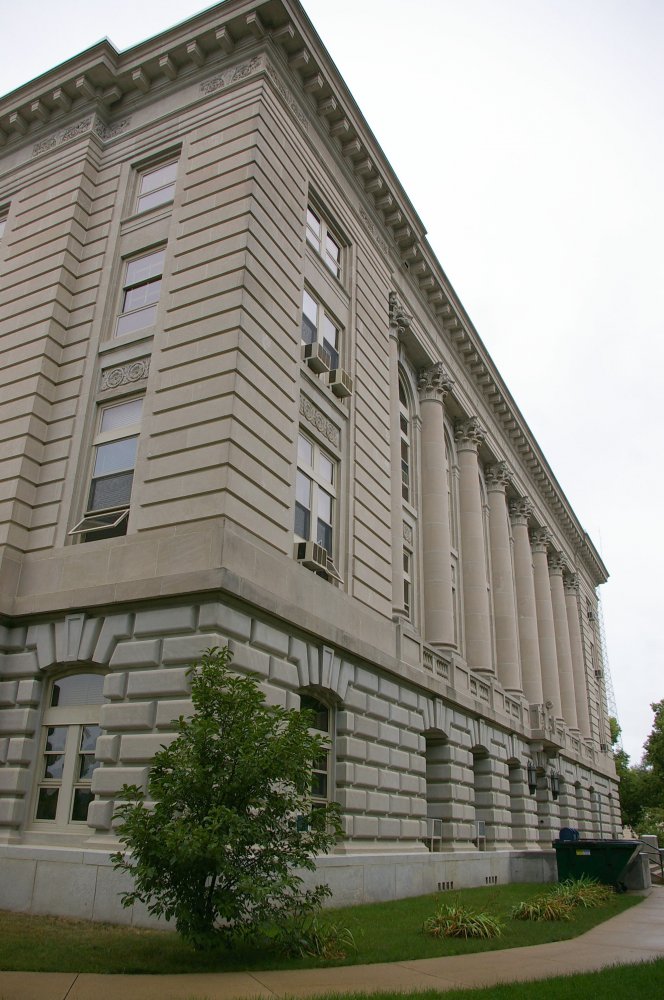 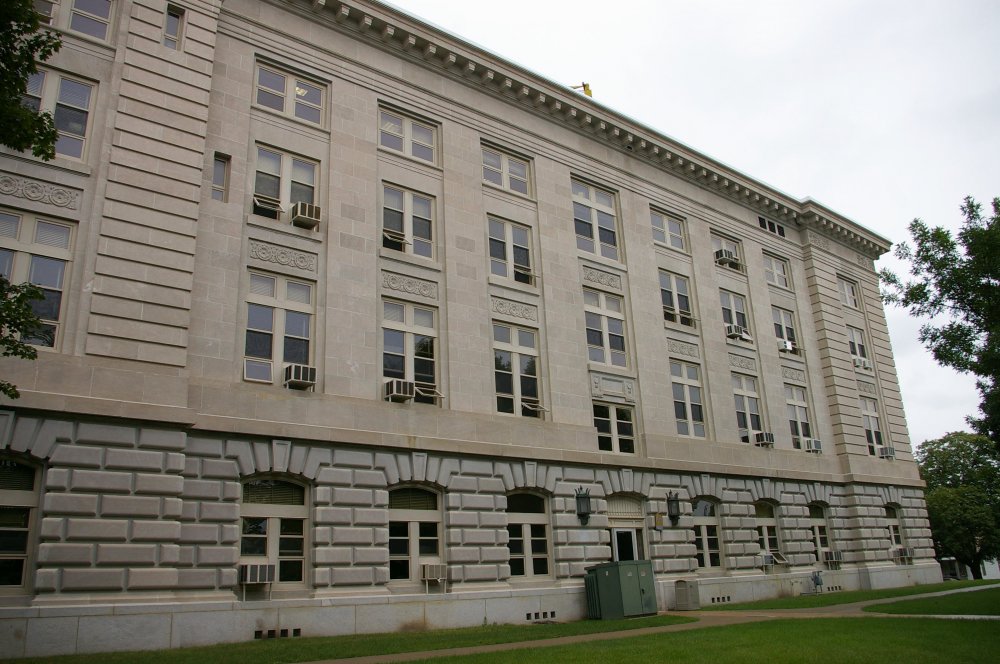 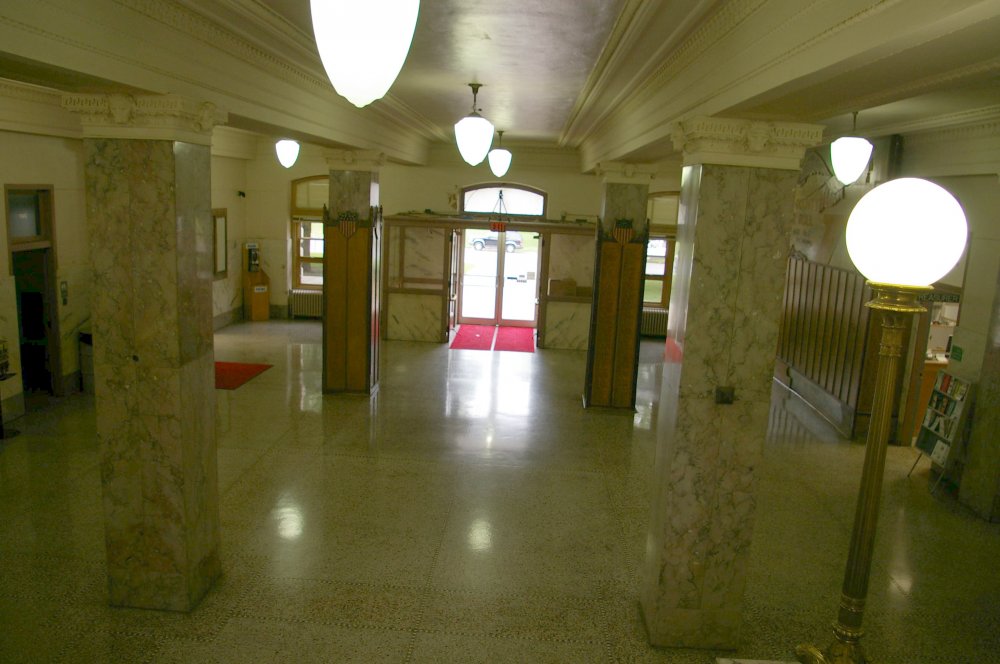 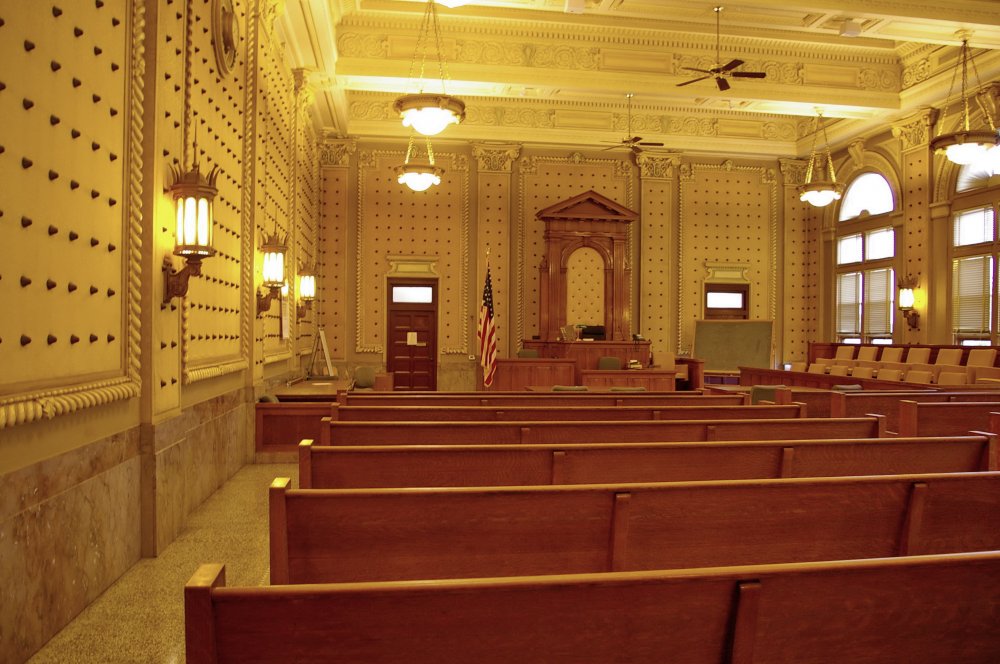