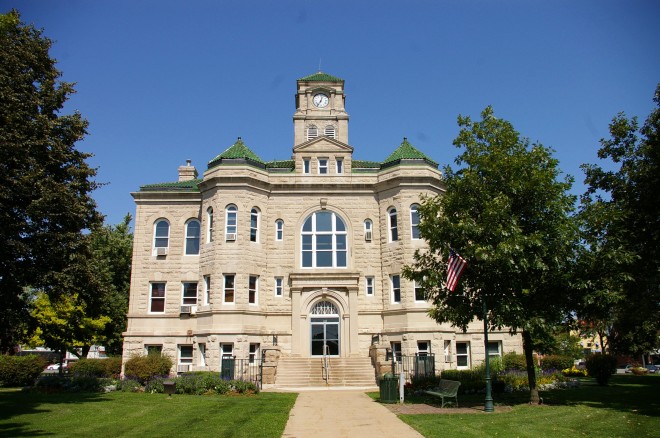 Appanoose County is named for the chief of the Sac and Fox Indian tribes who headed the peace party during the Black Hawk War, and the word means “a Chief when a child”.

Description:  The building faces south and is a two story buff colored Bedford stone veneer and concrete structure. The building is located on landscaped grounds of the Public Square in the center of Centerville. The south front has an octagonal stone tower on either side of the recessed arched entrance which is framed with stone. On the second story above the entrance is a large arched window. There is a third story dormer on the green colored title roof. On the center of the roof is a square stone clock tower with green colored peaked roof. The courtroom is located on the second story. During construction, the superintendent was G W Salisbury. The building houses the County District Court of the 8A Judicial District. 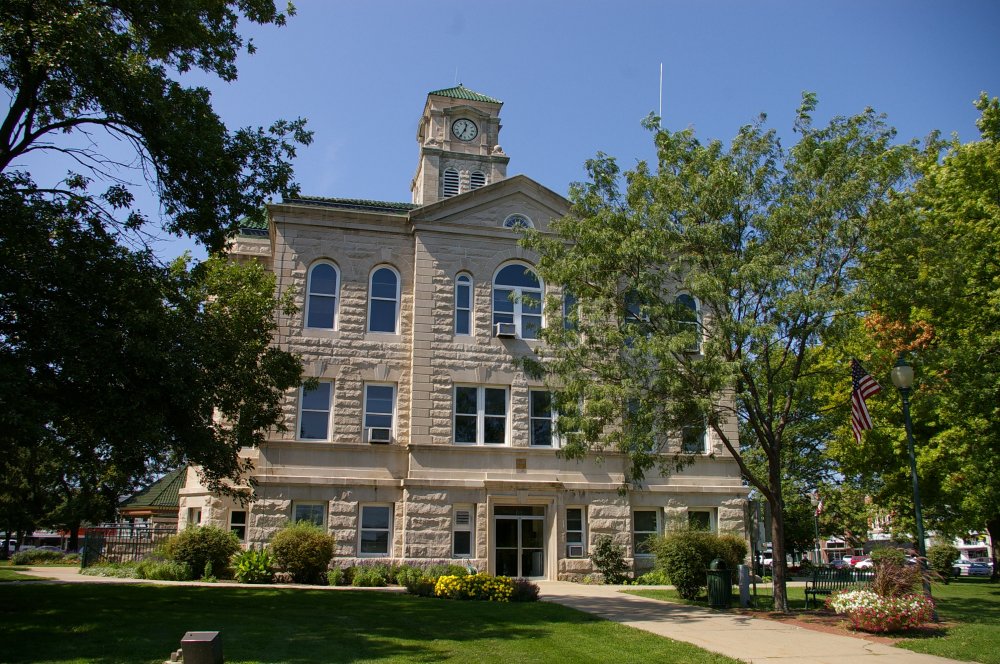 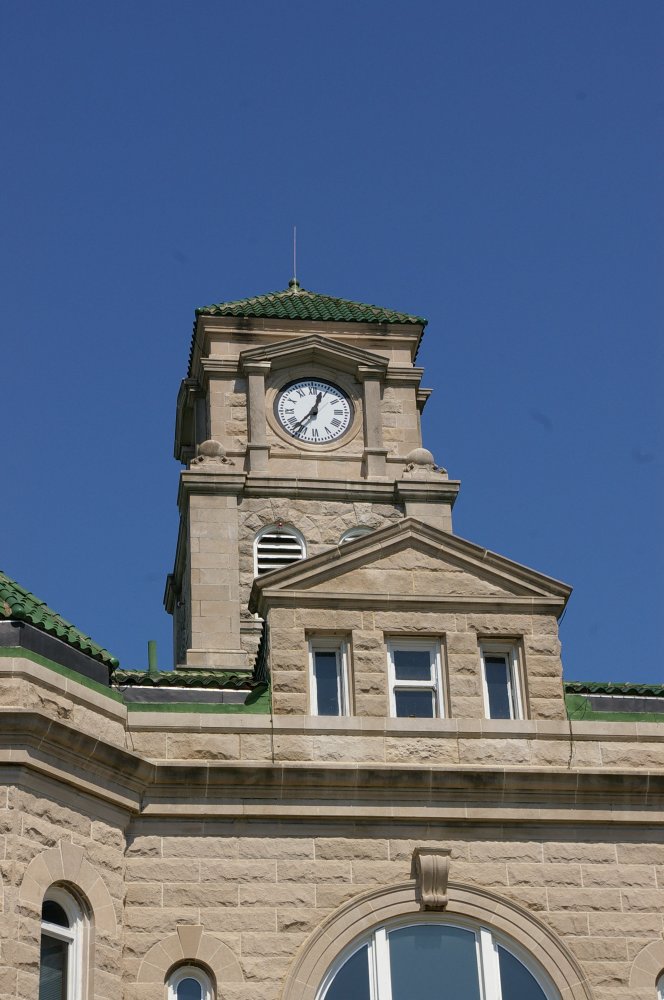 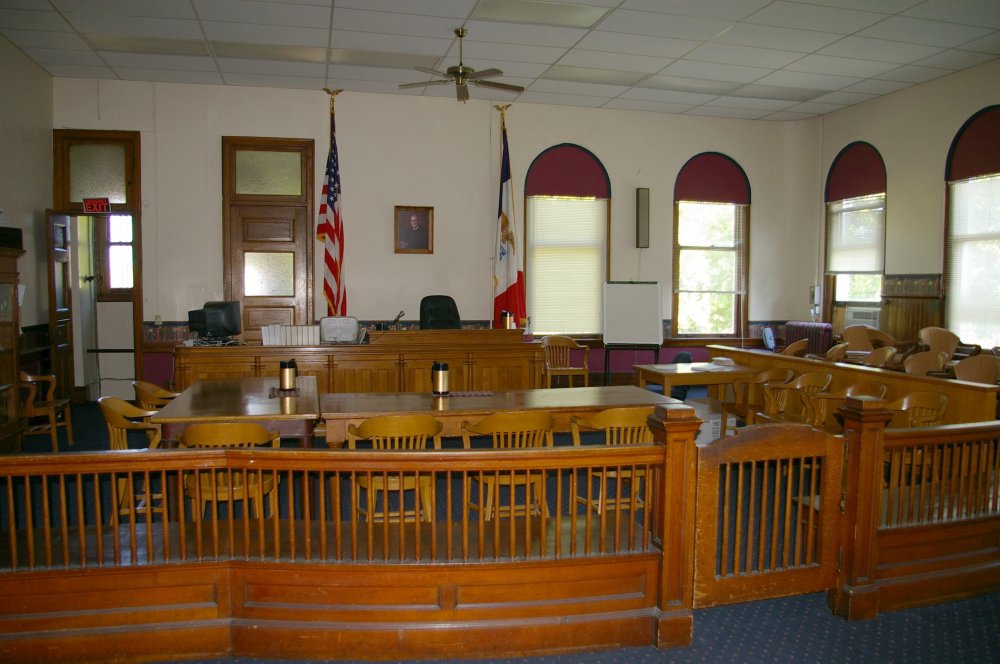 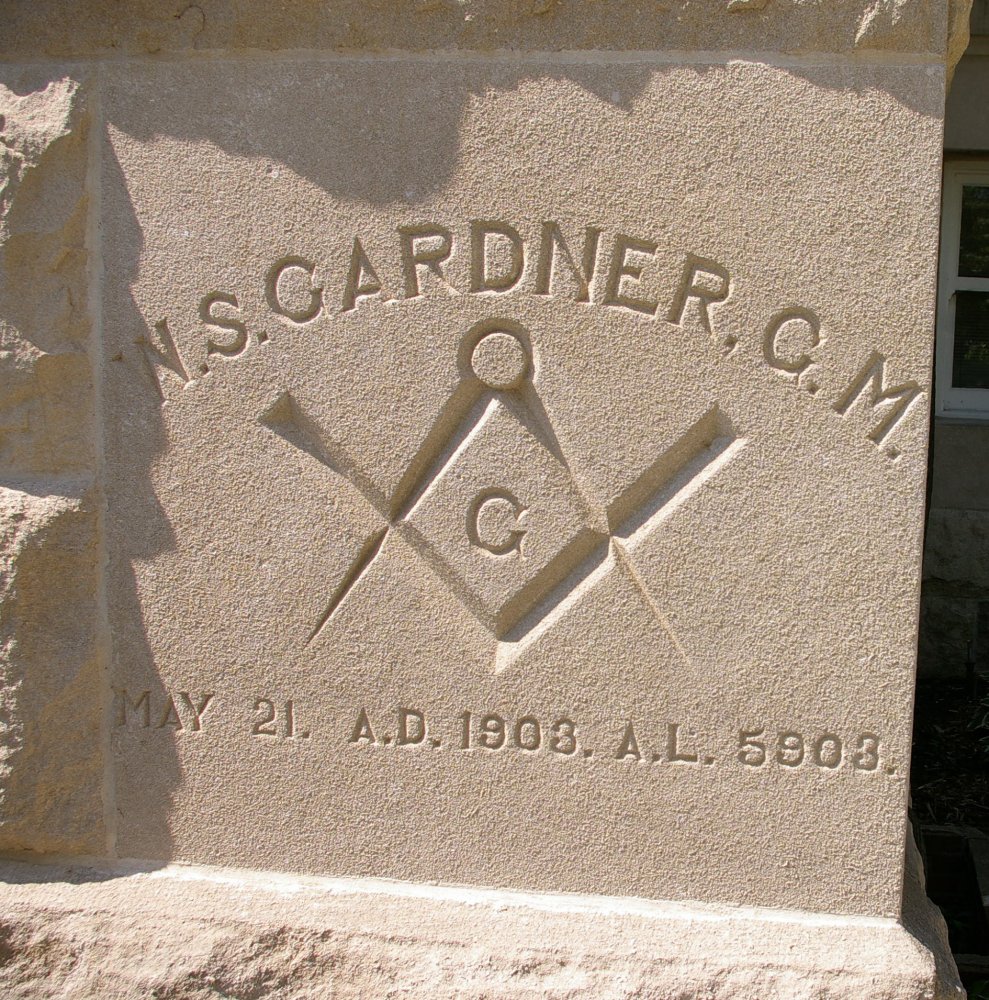 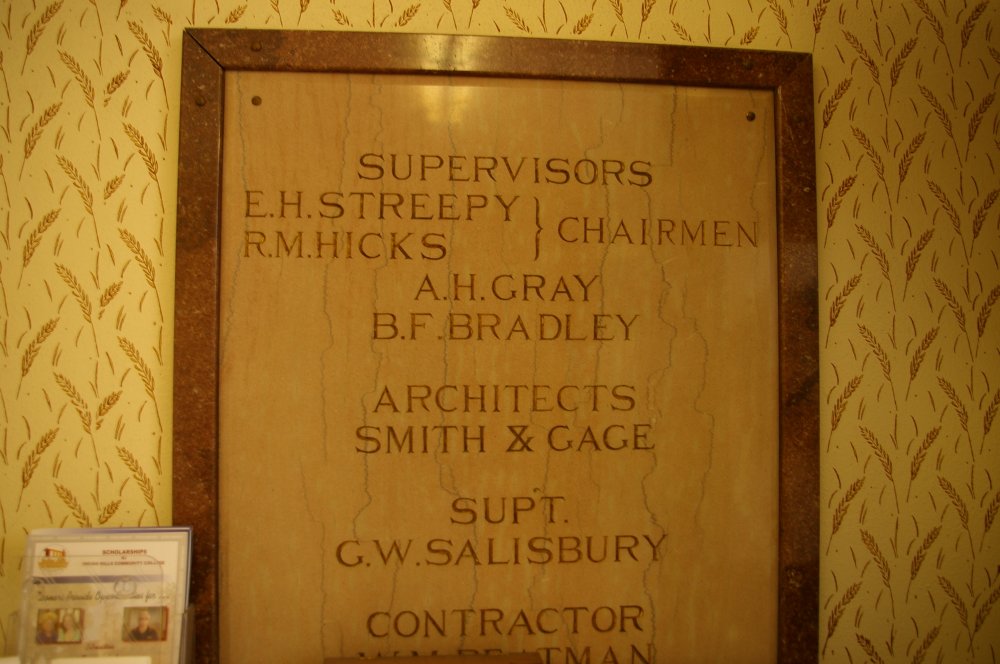 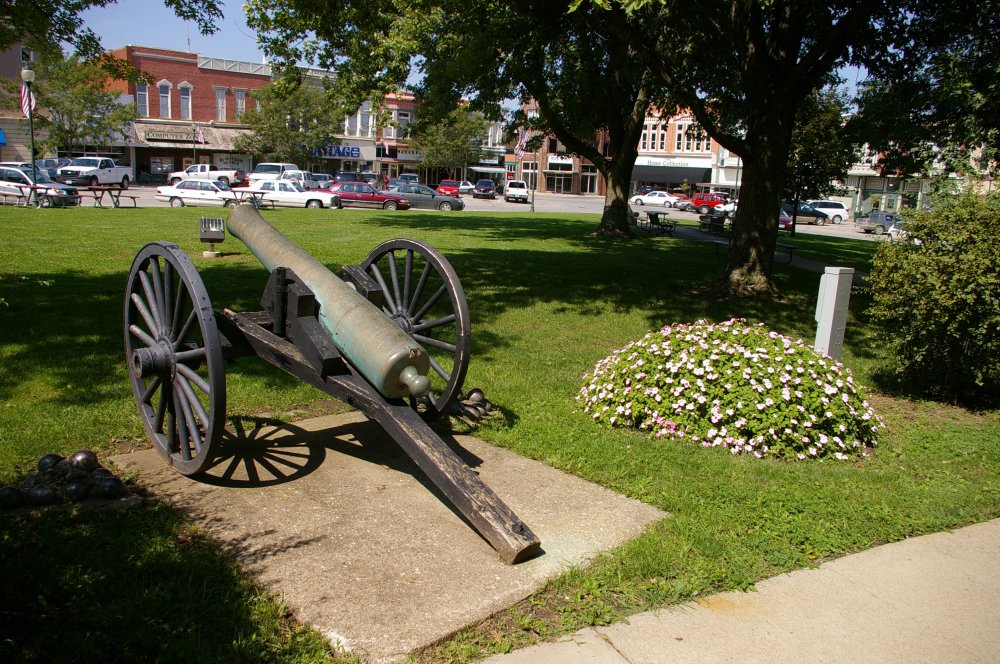