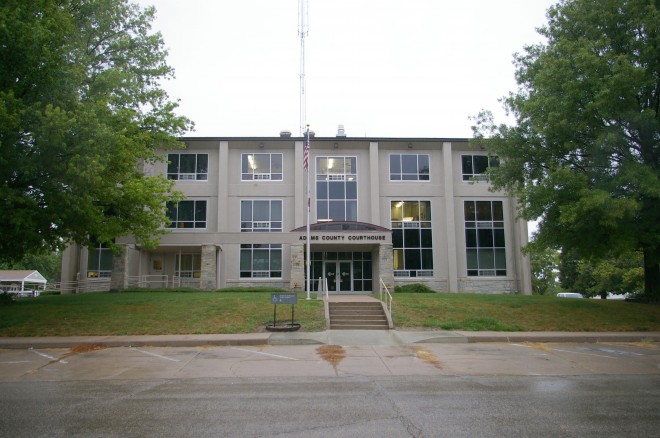 Description: The building faces south and is a three story concrete and glass structure.  The building is located on landscaped grounds in the center of Corning. There is a small portico at the south entrance with a large window above. Vertical concrete dividers separate the windows. The courtroom is located on the north side of the second story. The building houses the County District Court of the 5B Judicial District. On the north side is the old two story County Jail built in 1877. 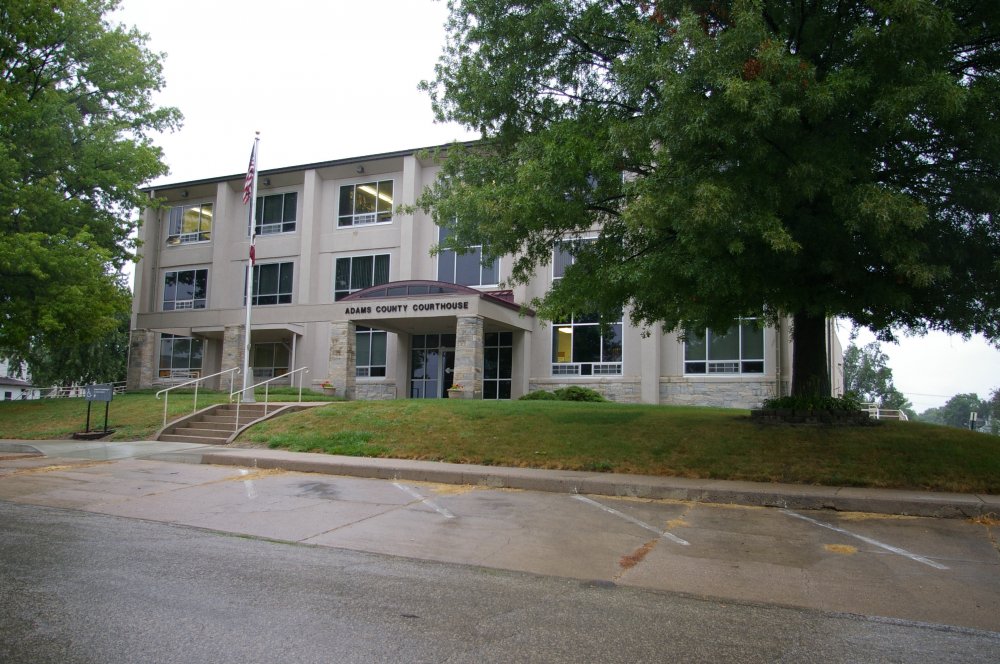 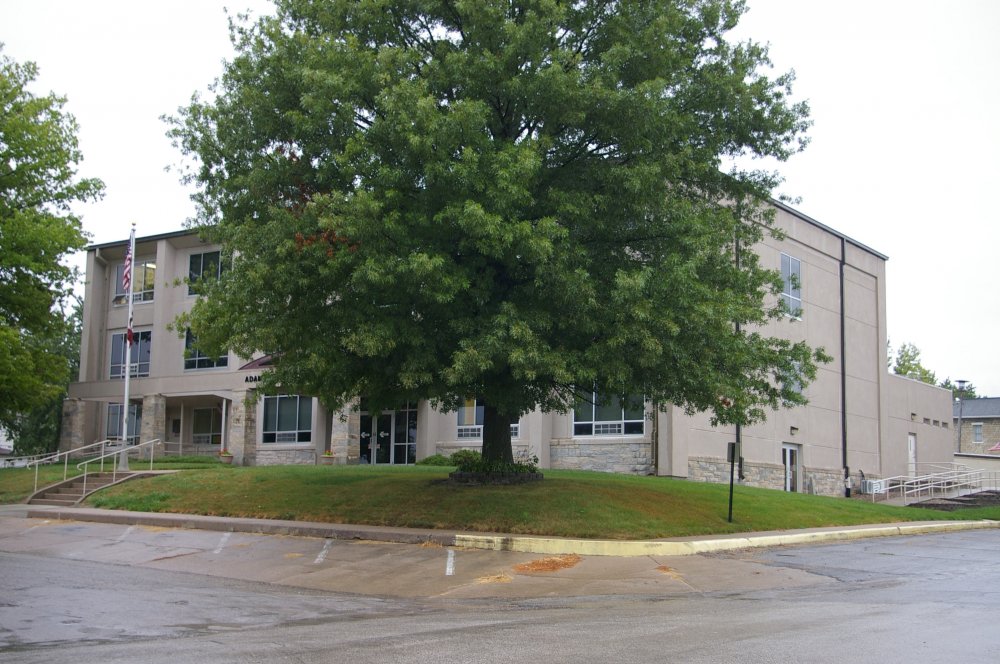 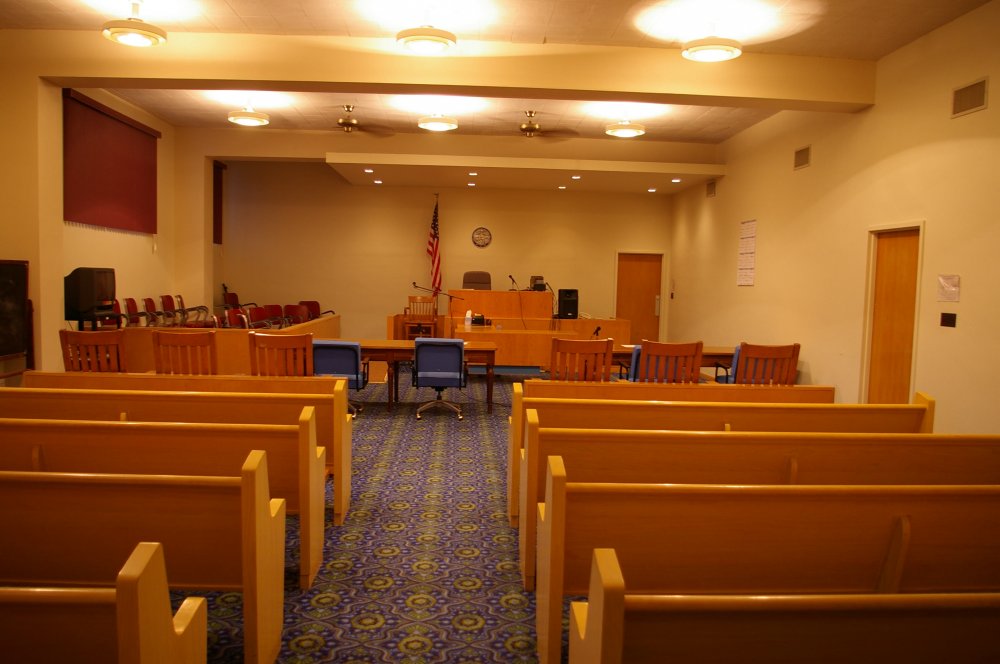 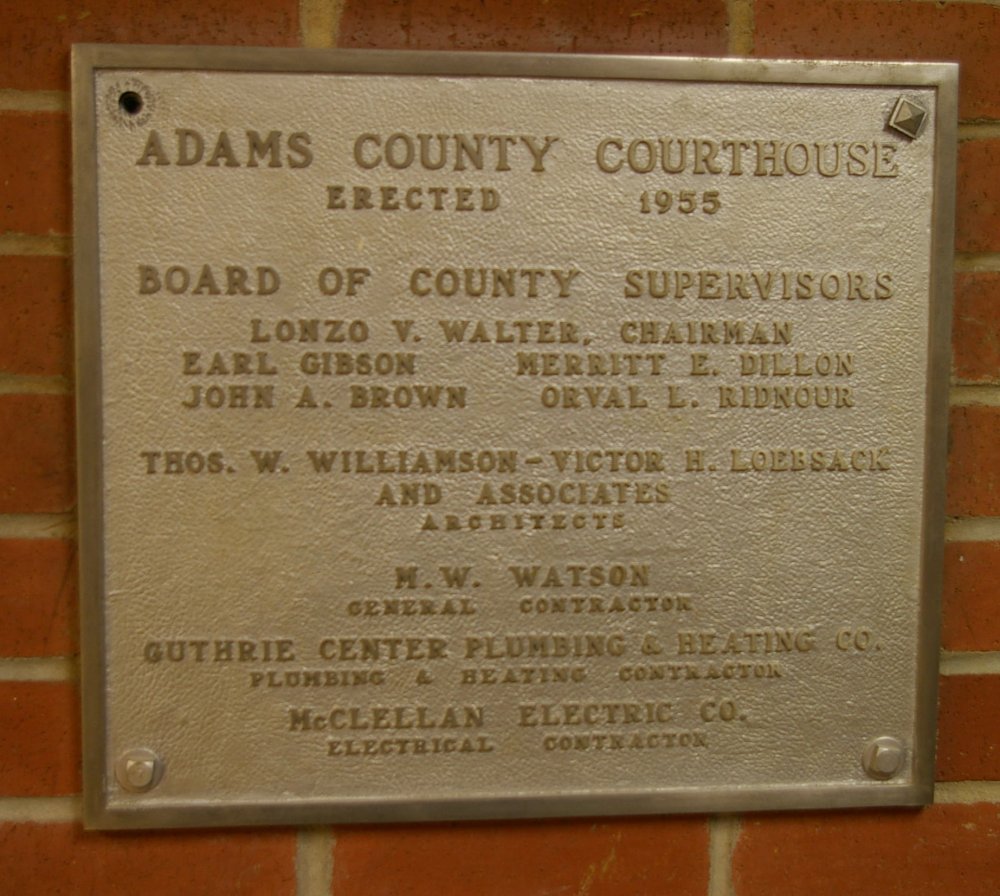 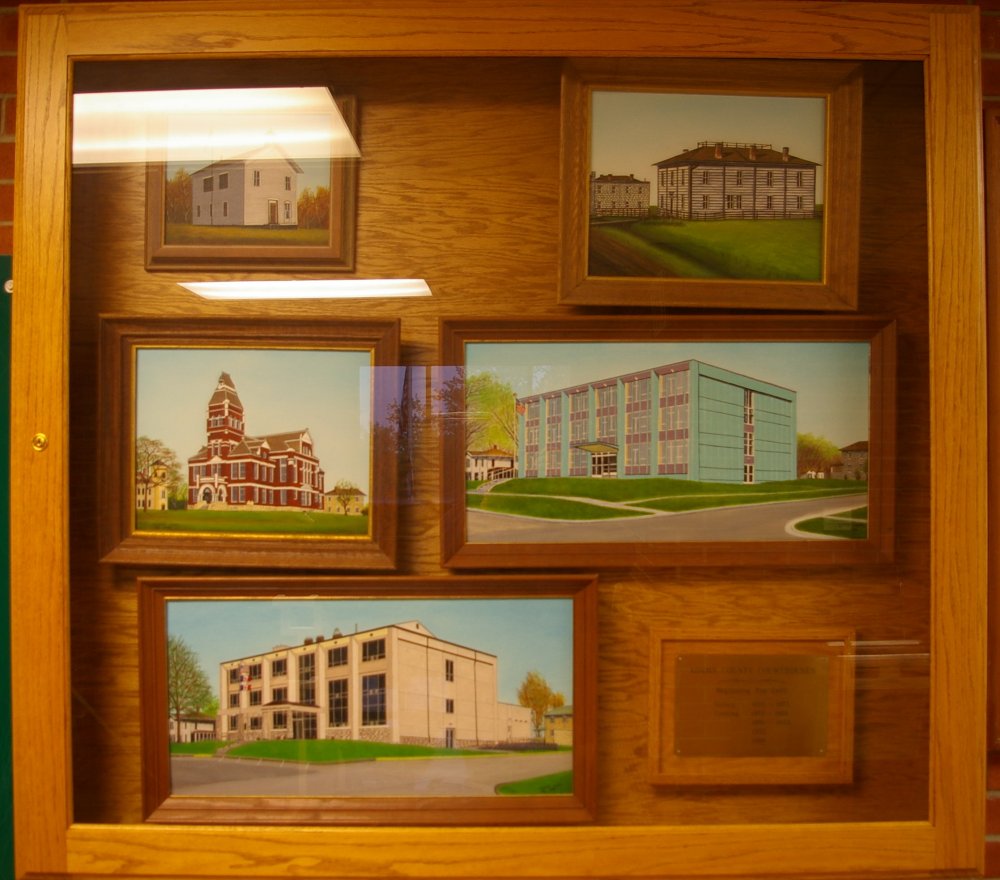