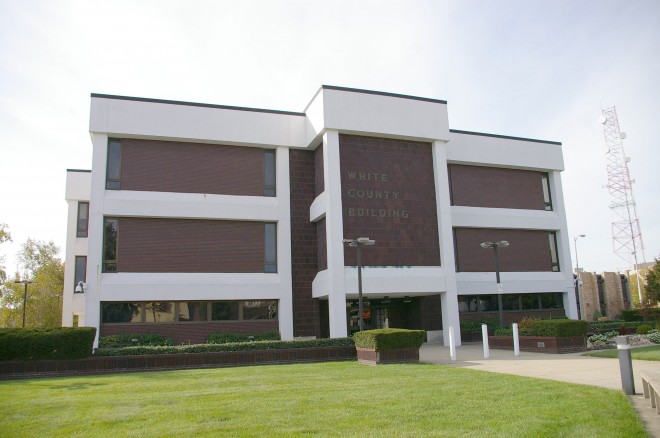 White County is named for Isaac White, who was a Colonel in the Illinois militia and who was killed at the Battle of Tippecanoe in 1811.

Description:  The building faces east and is a three story dark red colored brick, concrete and glass structure. The building is located on landscaped grounds in the center of Monticello. The building has short wings projecting from the main building. Wide white colored concrete horizontal and vertical dividers separate the three stories. 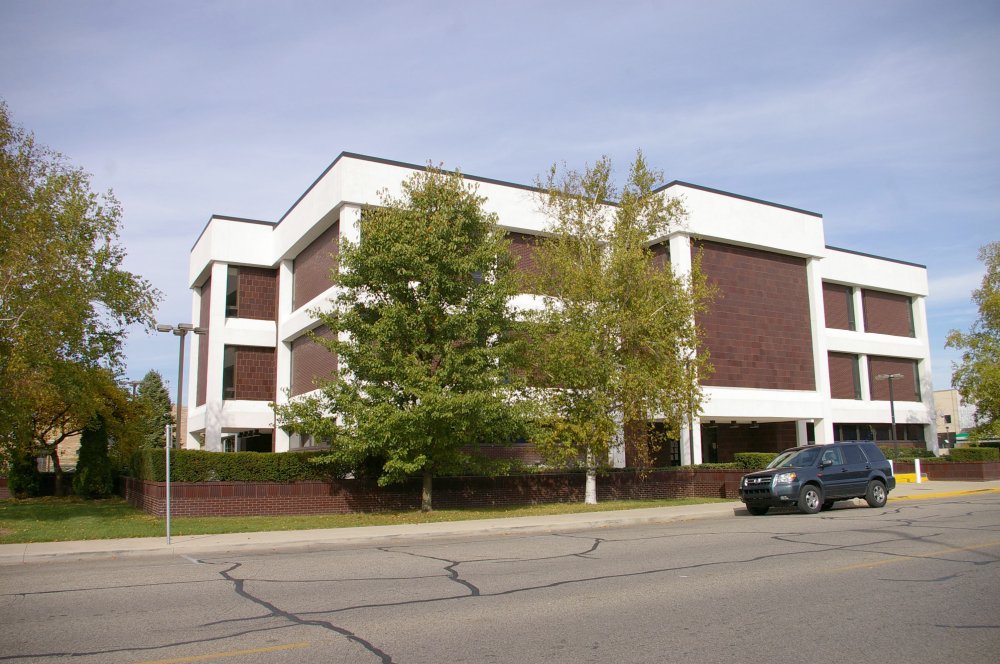 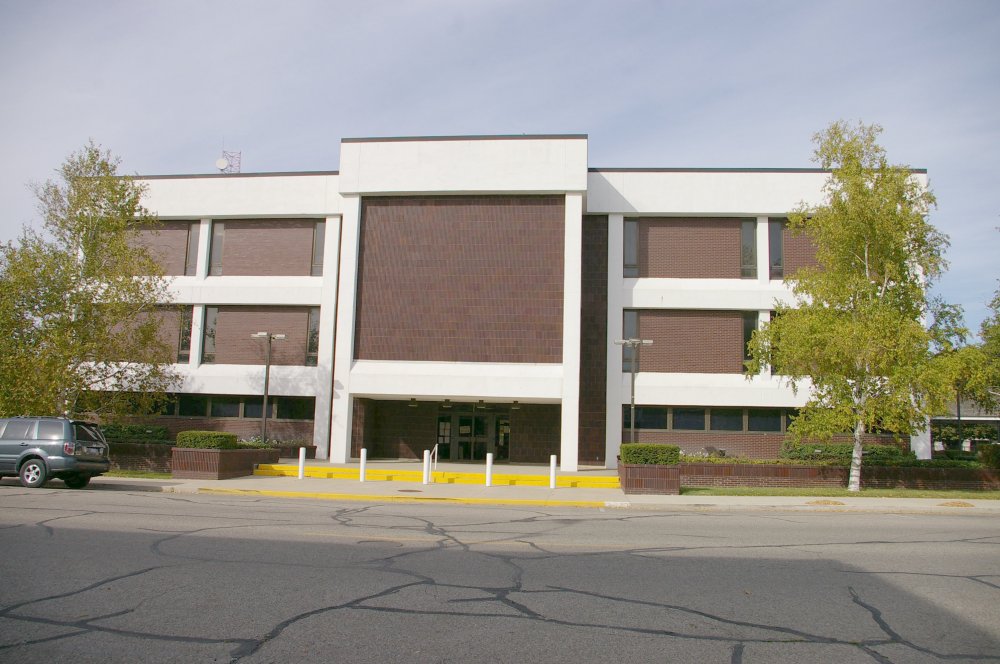 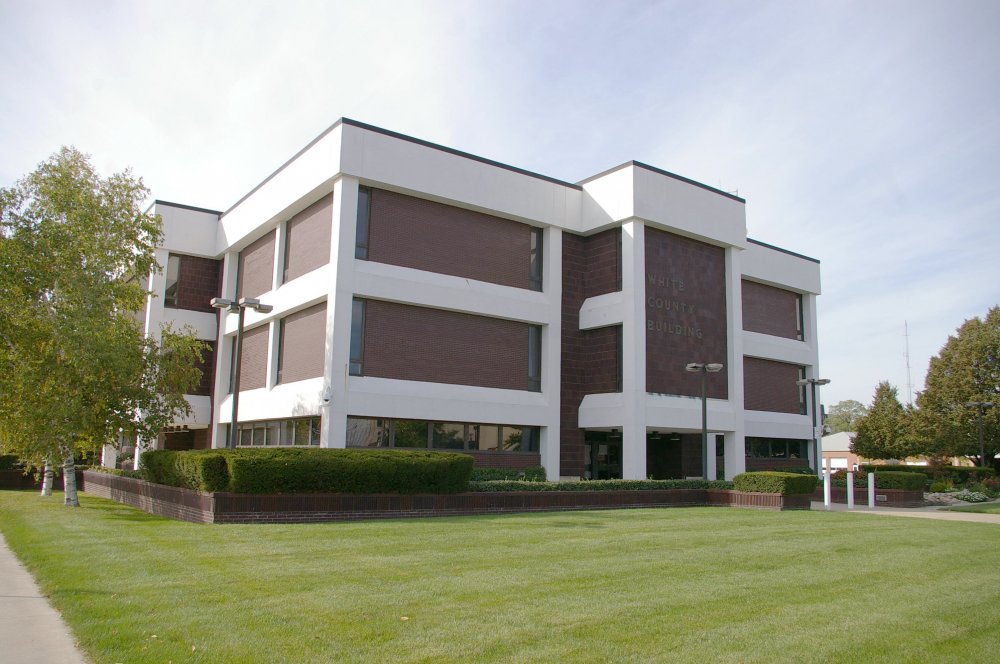 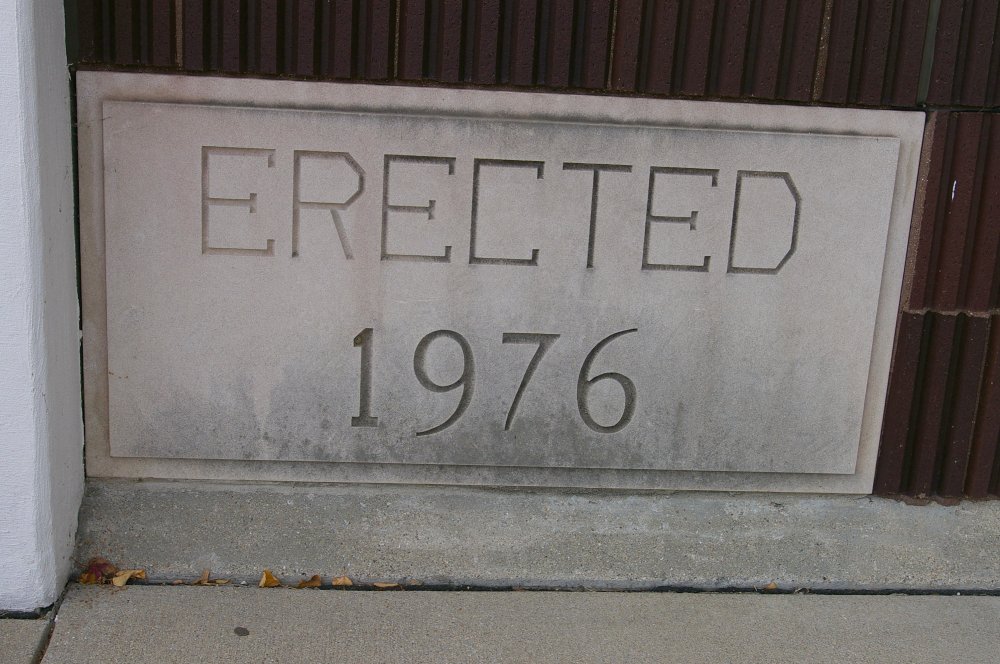 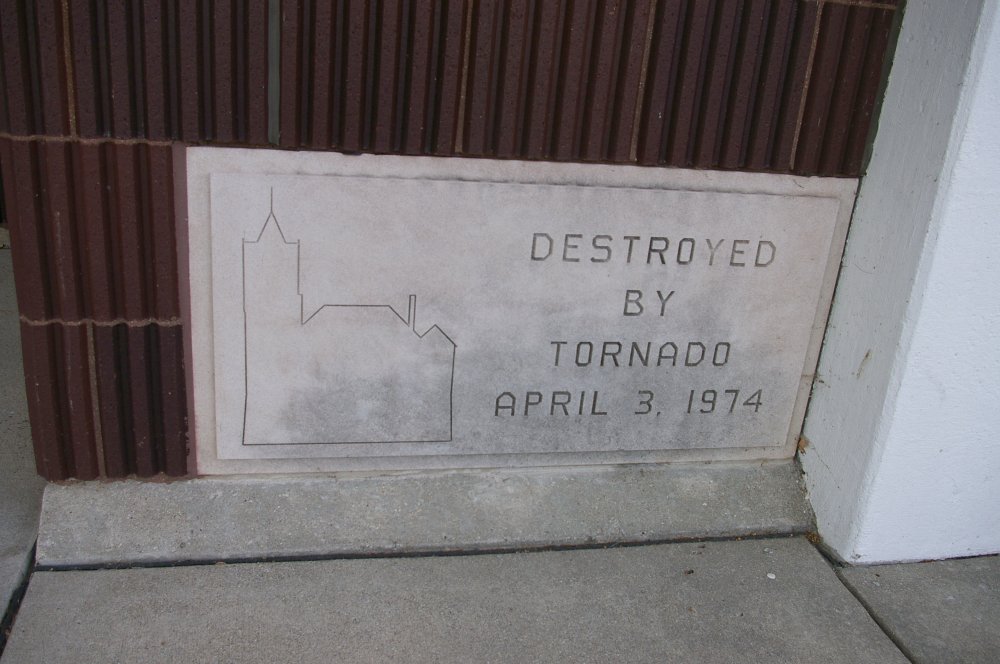