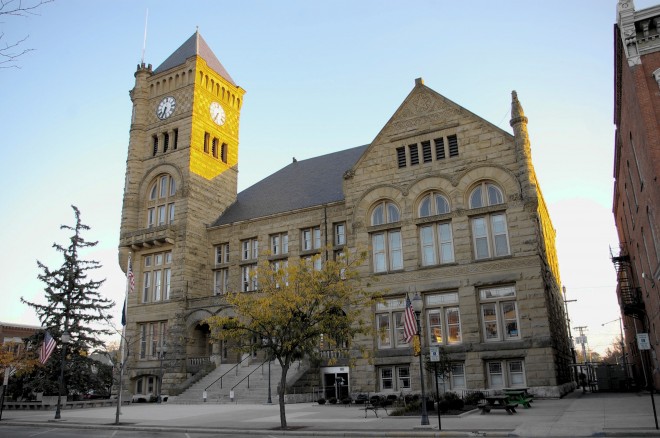 Wells County is named for William A. Wells, who was captured by Native Americans as a young boy and became a scout for Anthony Wayne. 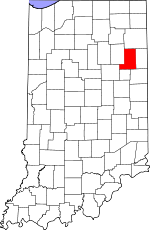 Description:  The building faces north and is a three story buff colored stone structure. The central entrance has five stone arches at the first story. On the northeast corner is a five story stone tower with clock. The west section of the building extends north from the main building. The junction of the wall with the ground plane is further emphasized by the course of rock-faced white colored limestone at the base of the walls; above this the brick walls are faced entirely with a veneer of buff-colored Michigan Stoney Point sandstone. The woodwork used in the halls and throughout the building is made of wide sections of golden oak. The circuit court room occupies the west wing of the third story, and is the most elaborate of the interior spaces. The window enframements are capped with foliated capitals carved in deep relief. The twenty-four foot height of the walls is visually reduced, by the use of a marble wainscoting identical to that found in the halls, and a plaster cornice whose location ten feet beneath the ceiling separates the windows from the semi-circular lights directly above them. The bench is situated at the center of the south end of the room, with the area directly before the bench separated from the rows of spectator benches by a low oak rail with stout round spindles and massive square posts which are topped by round globed gaslights. The building houses the County Circuit Court and the County Superior Court of the 9th Judicial District. 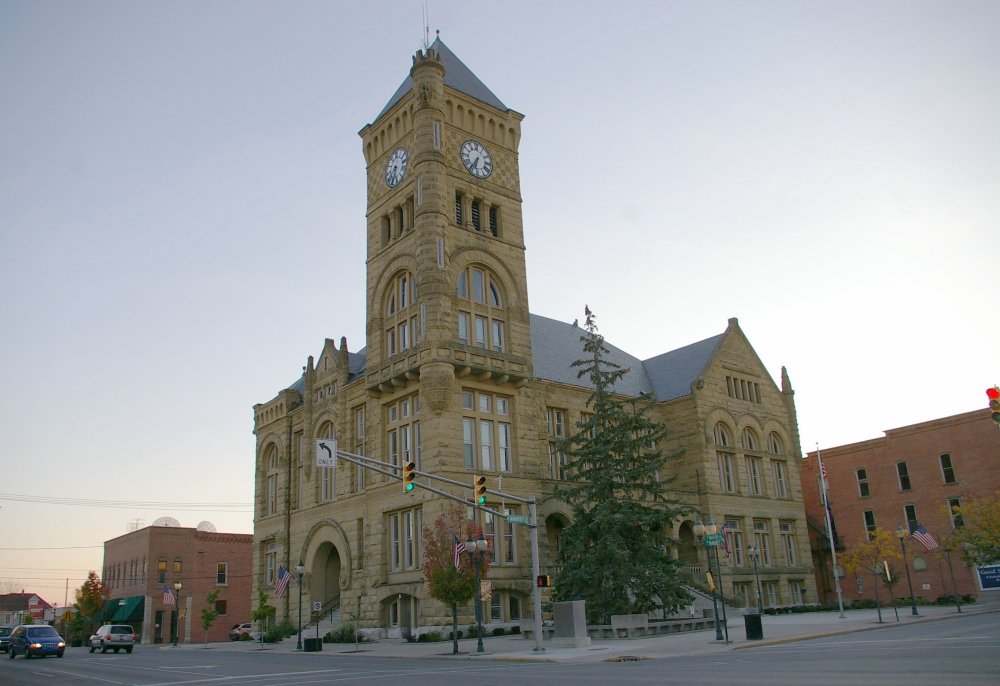 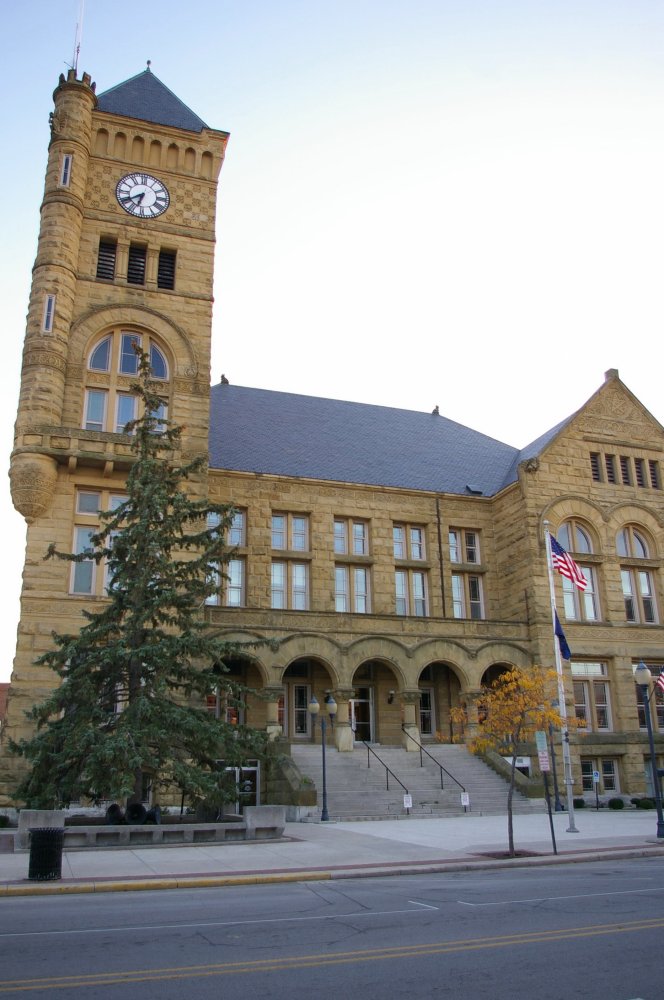 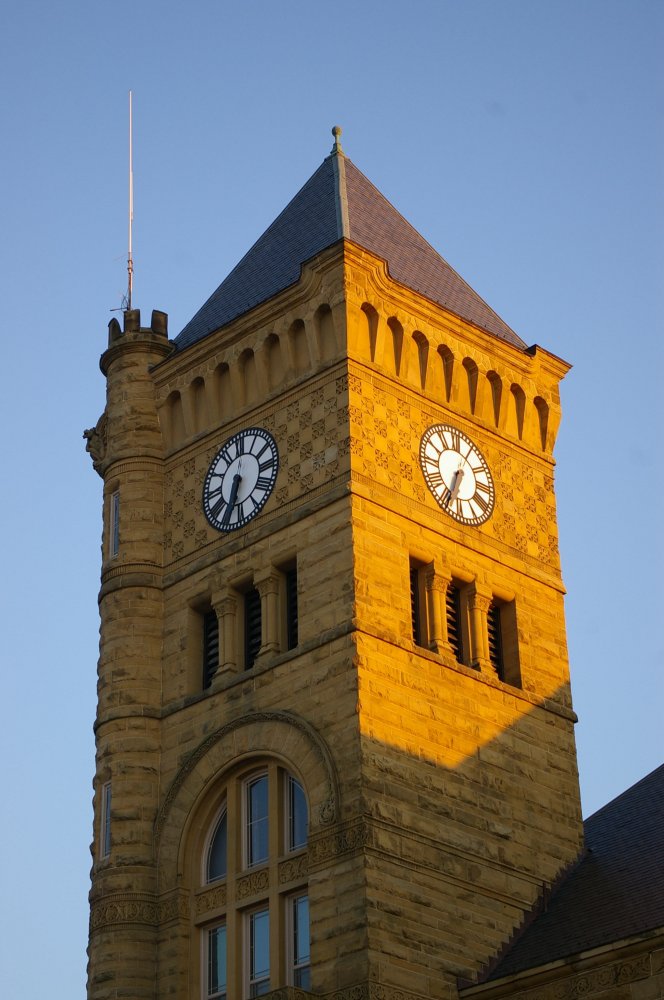 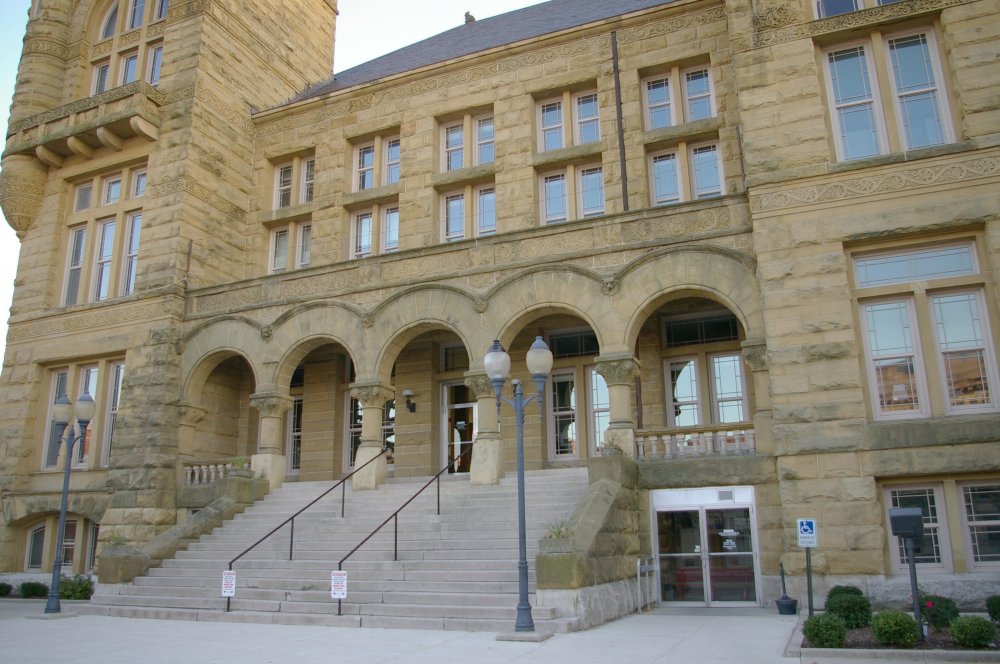 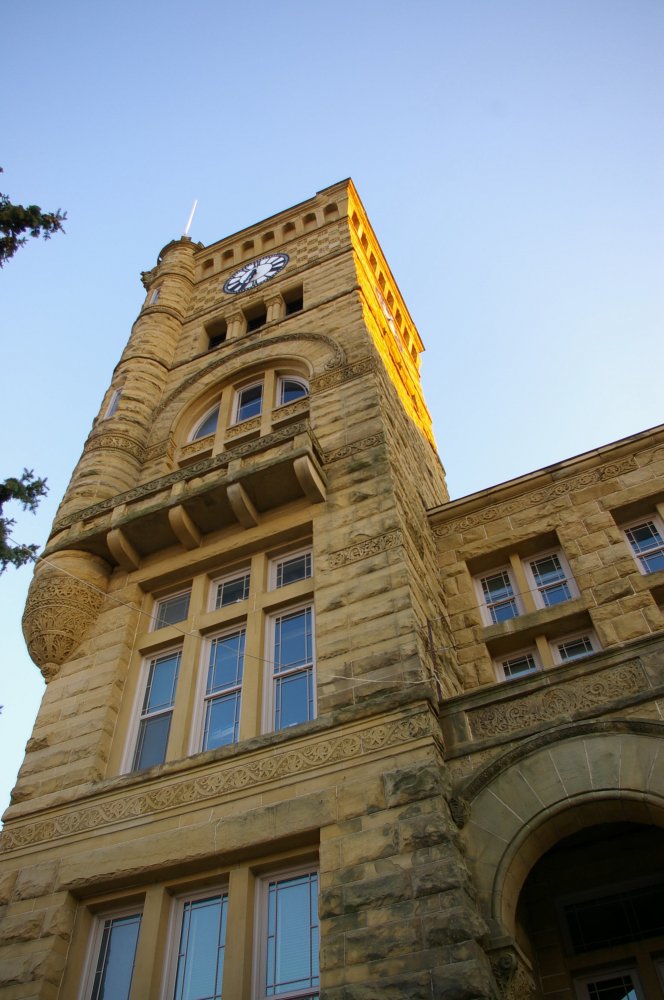 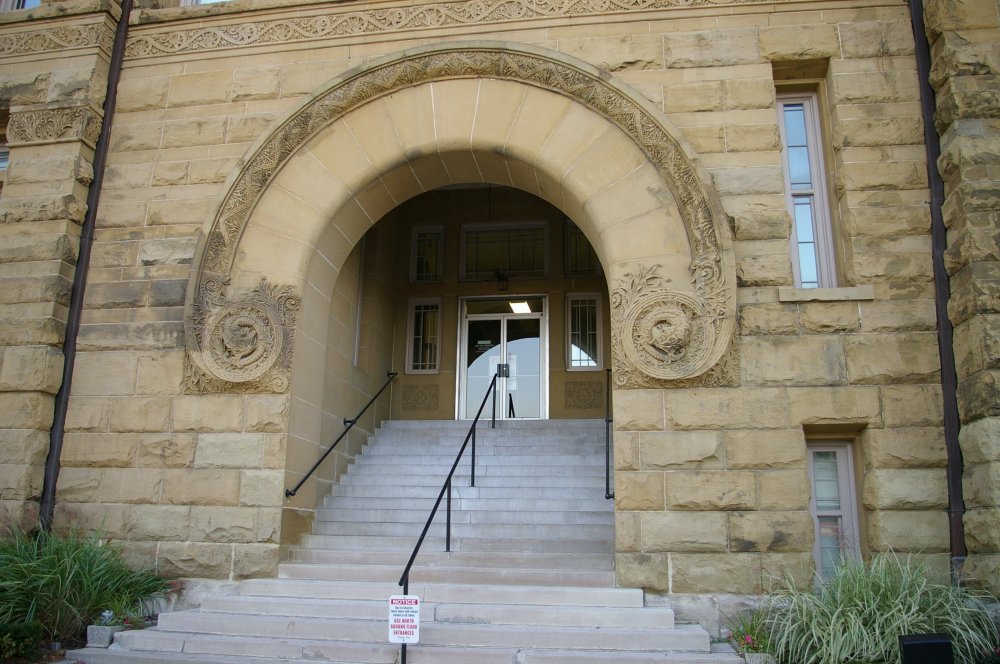 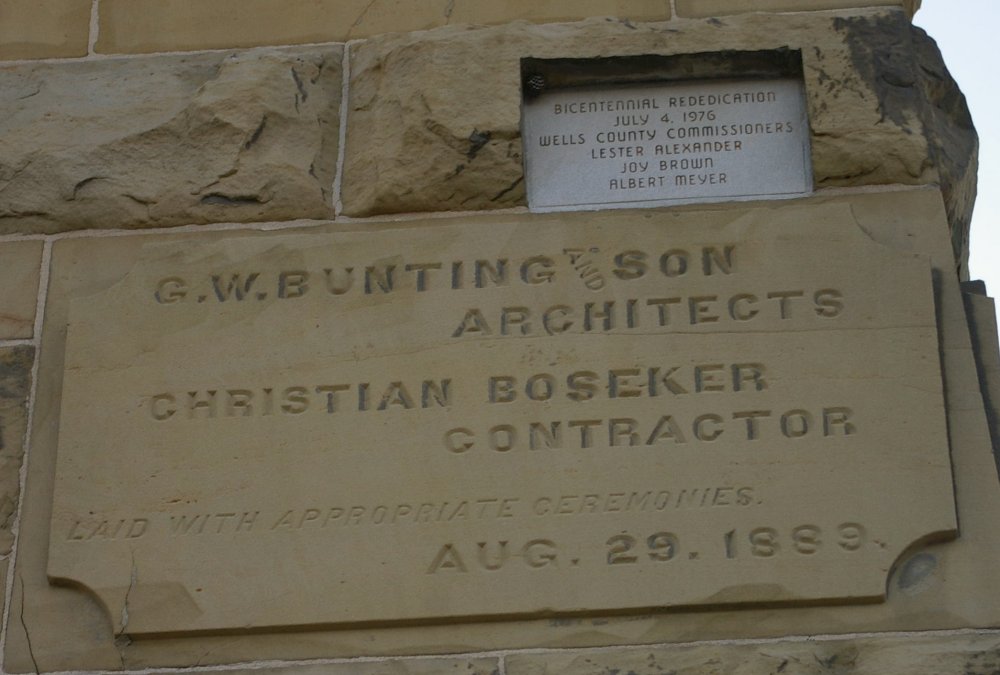