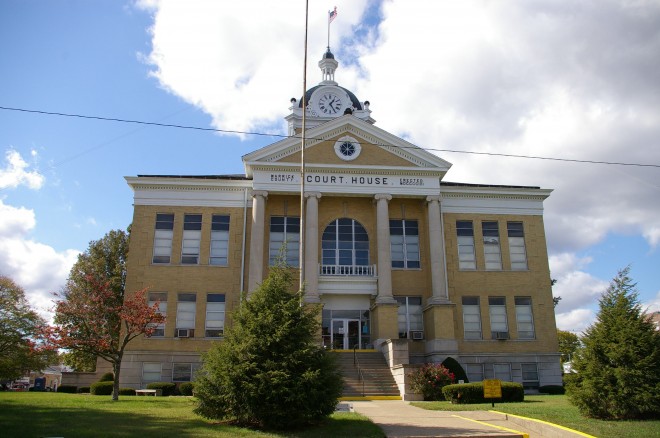 Warrick County is named for Jacob Warrick, who was an Indiana militia company commander killed in the Battle of Tippecanoe in 1811.

Description:  The building faces east and is a two story buff colored brick and concrete structure. The east front has a large portico supported by four large columns rising to a pediment at the roof line. Above the recessed entrance is a small balcony with large arched window above. On the center of the roof is a large square dome with clock and small cupola at the top. The building was renovated in 1996. The architect was Adicon Inc. and the contractor was Dooley and Mack.

Note:  The previous courthouse was built by James Pulham in 1834. 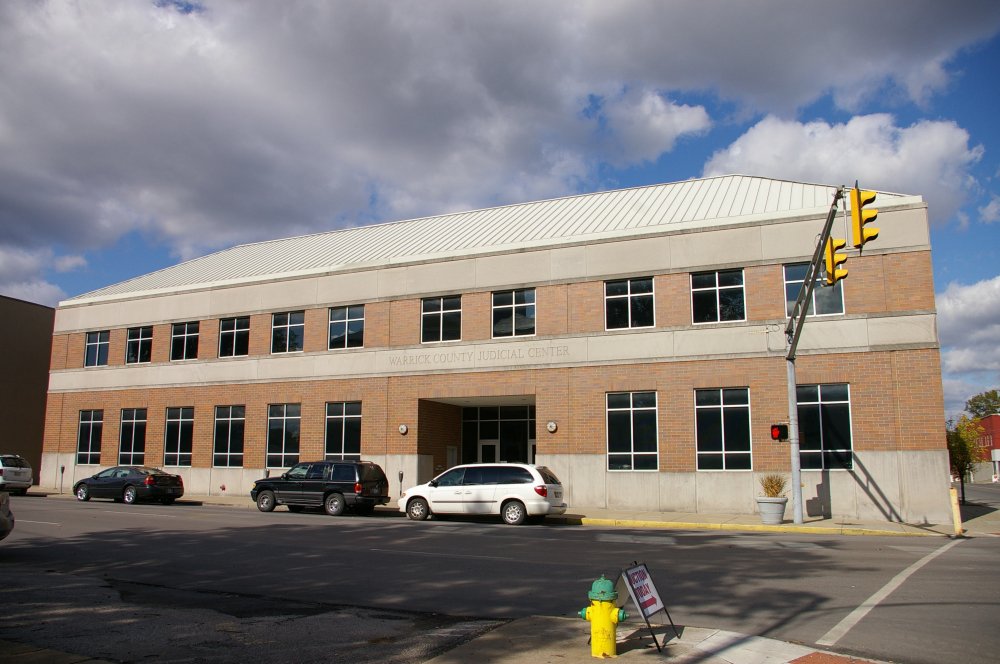 Description:  The building faces east and is a two story light red colored brick and concrete structure. The east front has three brick pillars with glass entrances between. A horizontal band runs between the first and second stories and below the roof line. The roof is hipped. 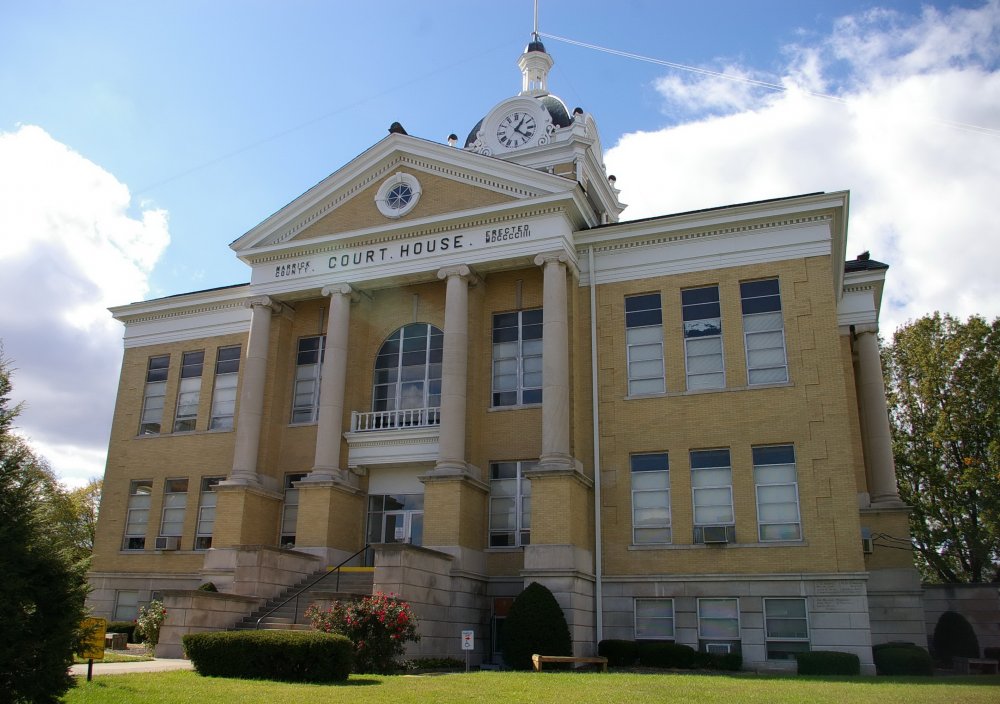 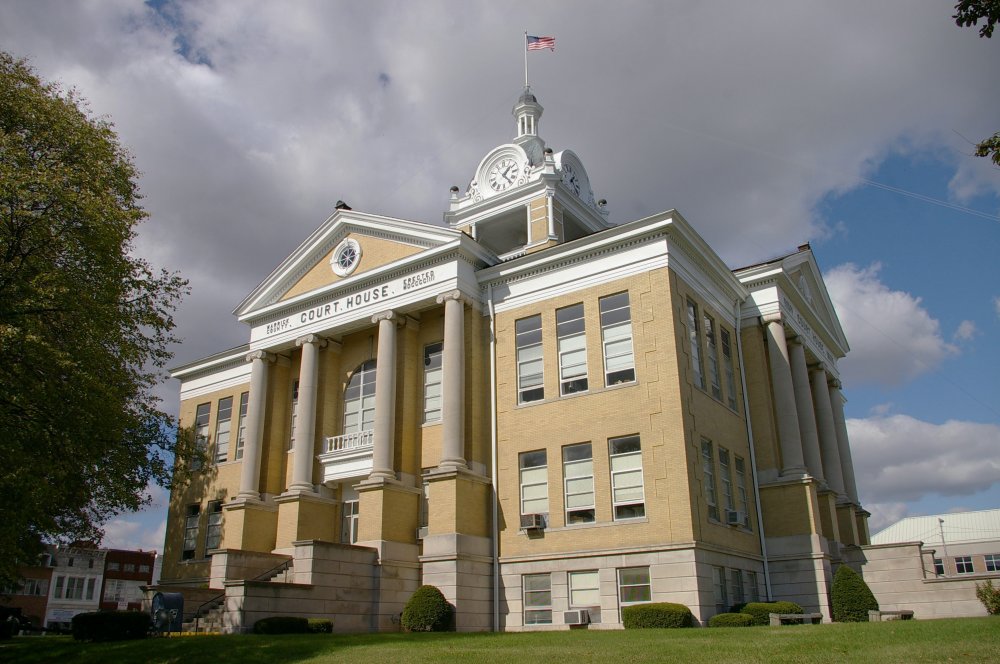 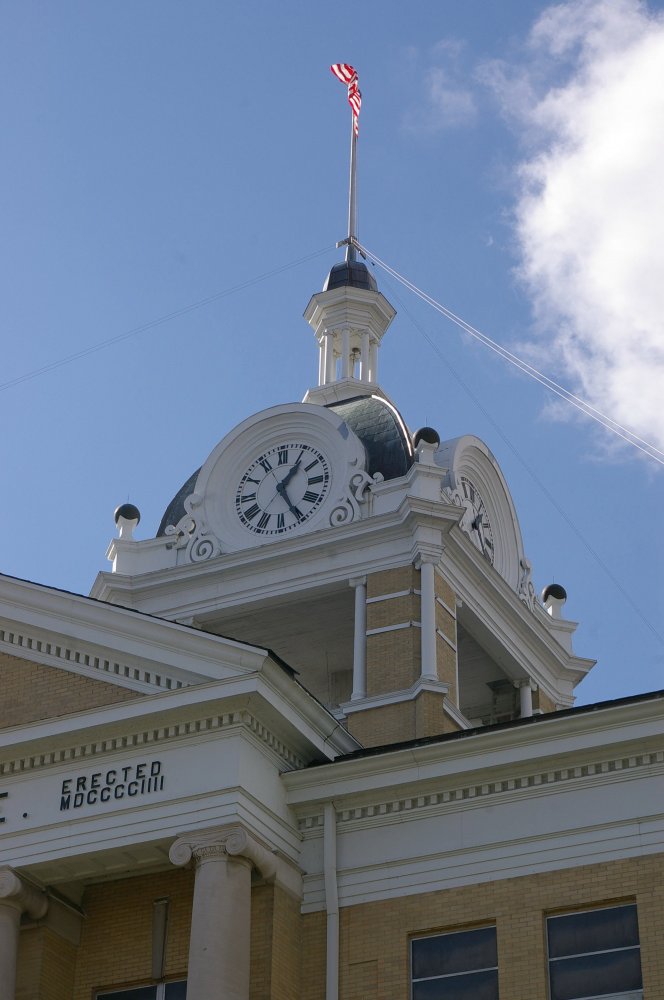 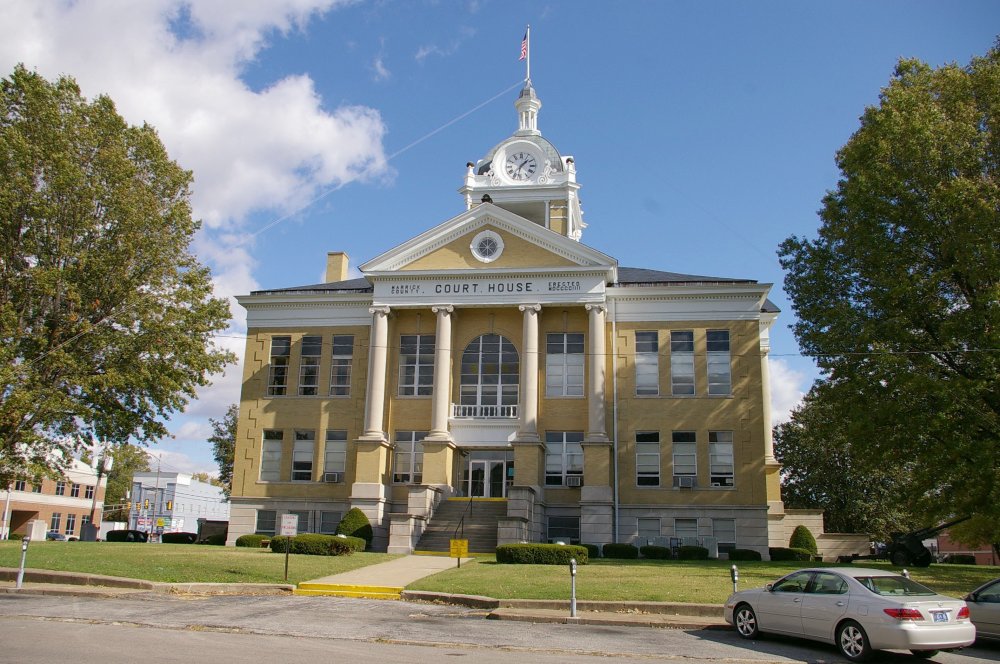 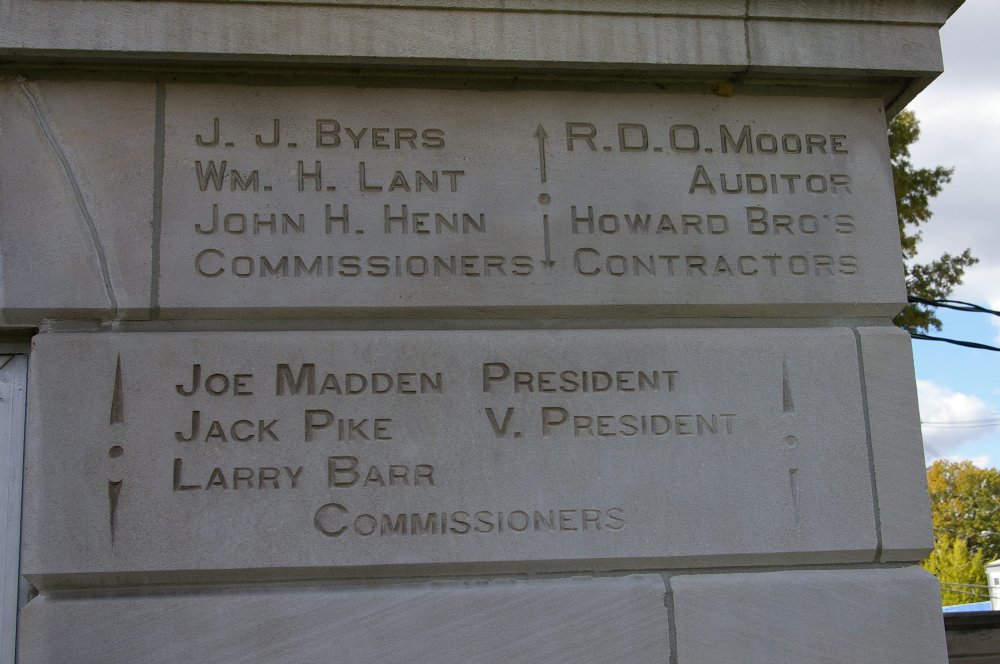 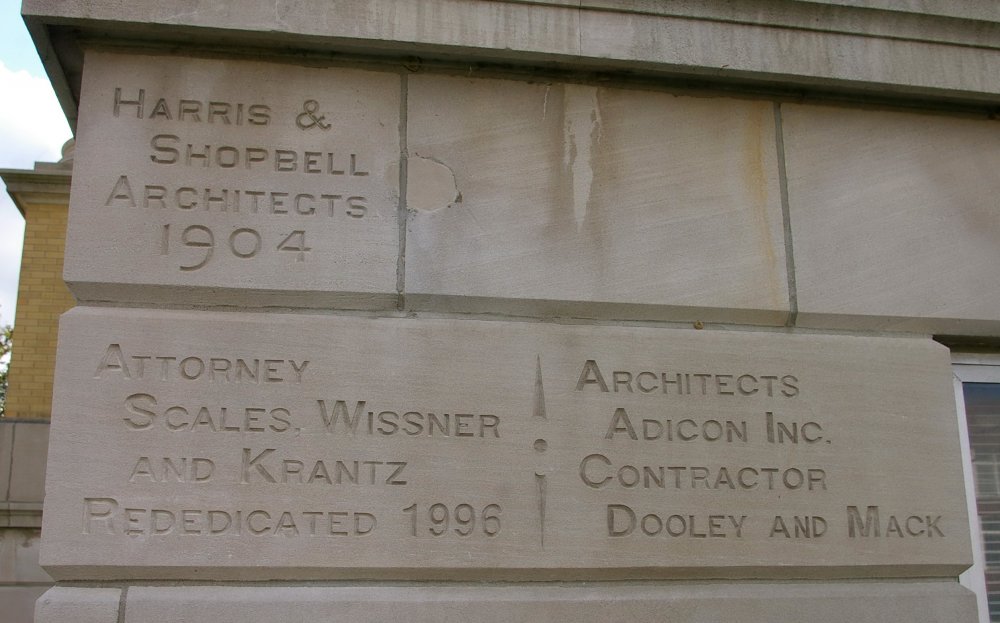 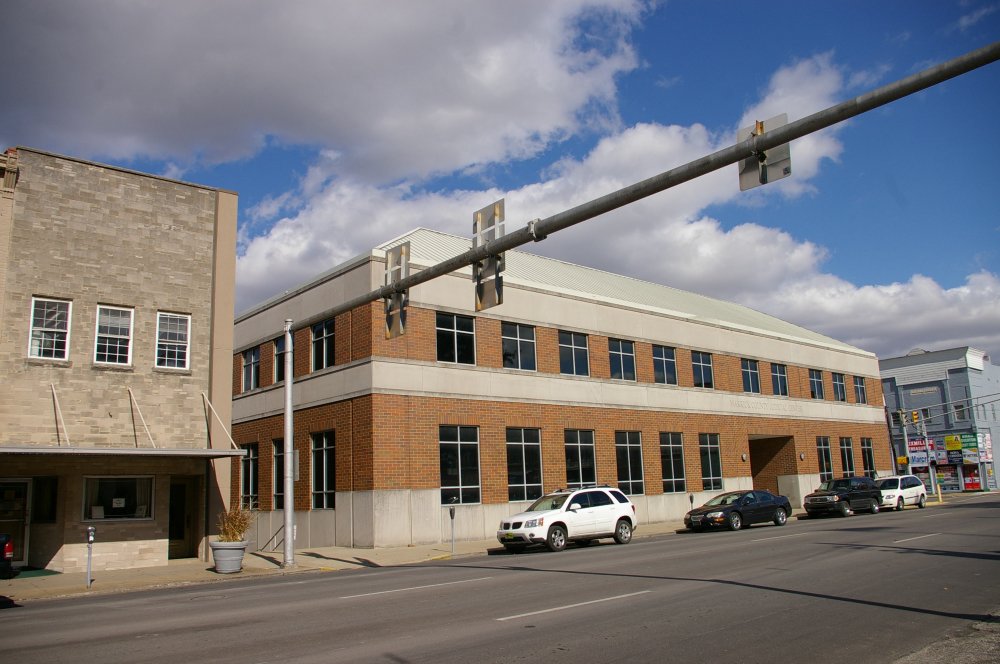