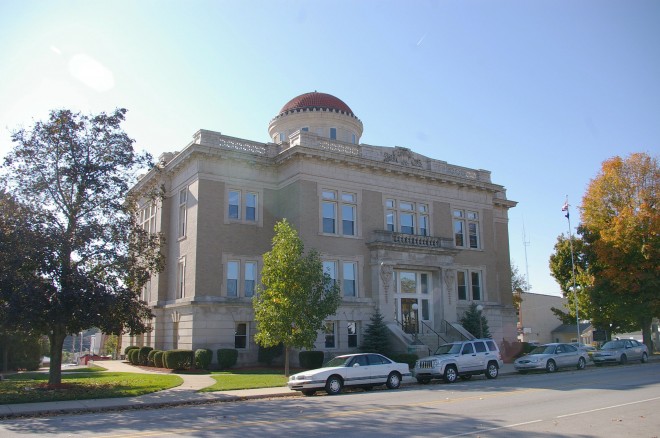 Warren County is named for Joseph Warren, who was a doctor killed at the Battle of Bunker Hill in 1775.

Description:  The building faces north and is a two story stone, brick and concrete structure. The building is located on landscaped grounds in the center of Williamsport. The north front extends from the main building and the entrance is framed with limestone and has an iron balcony on the second story. The base of the building is horizontal stone. A protruding cornice runs along the roof line with a stone balustrade above. On the center of the roof is a round dome with red roof. The courtroom on the second story is largest interior space and has fitted furnishings and notable globed lighting fixtures on ceiling, walls, and judge’s desktop. The building houses the County Circuit Court of the 11th Judicial District. 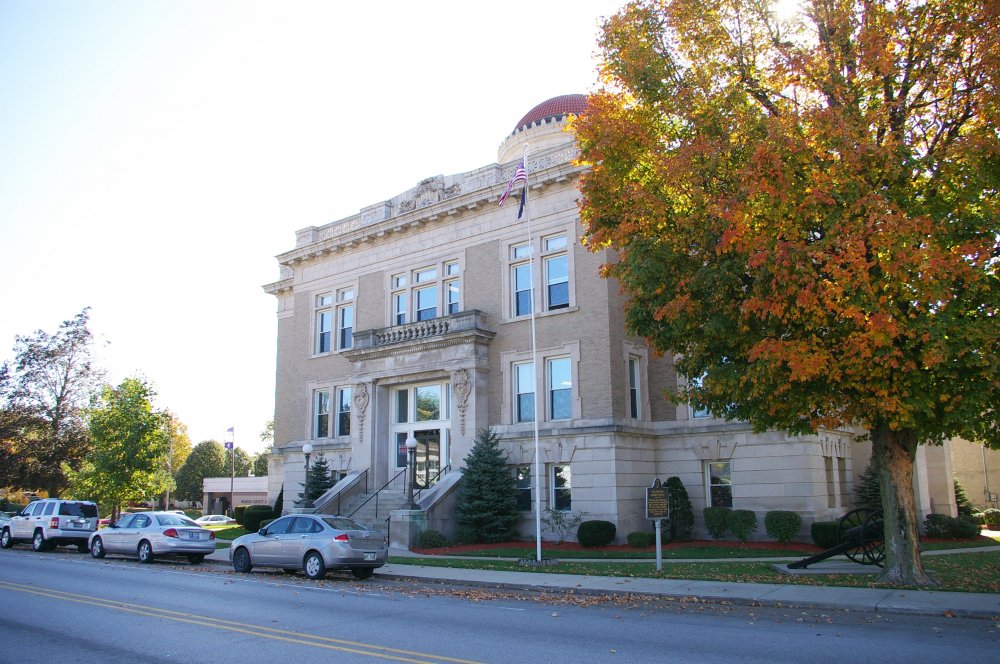 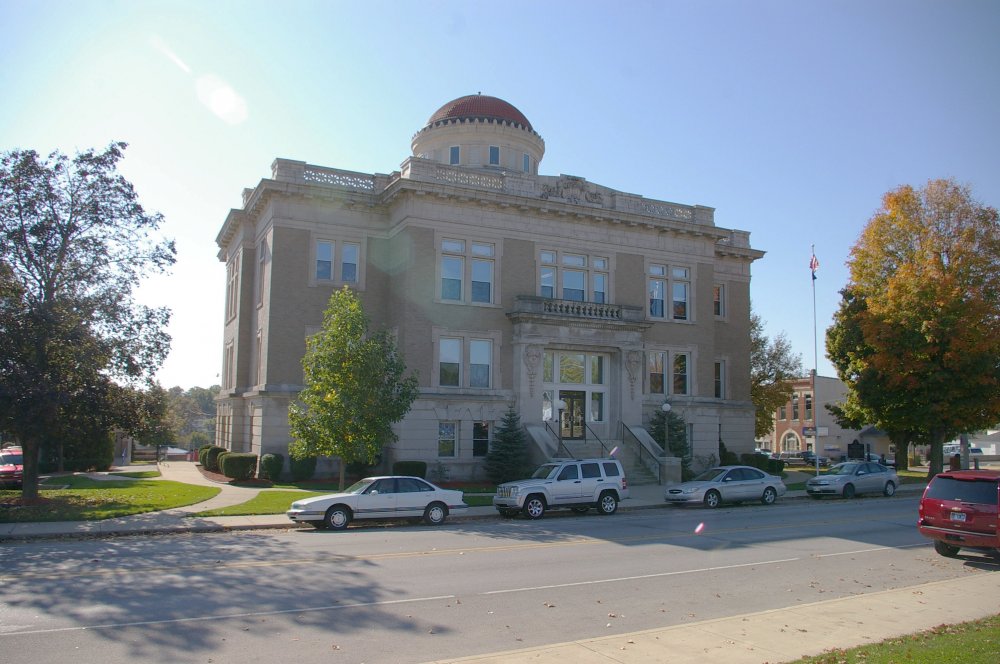 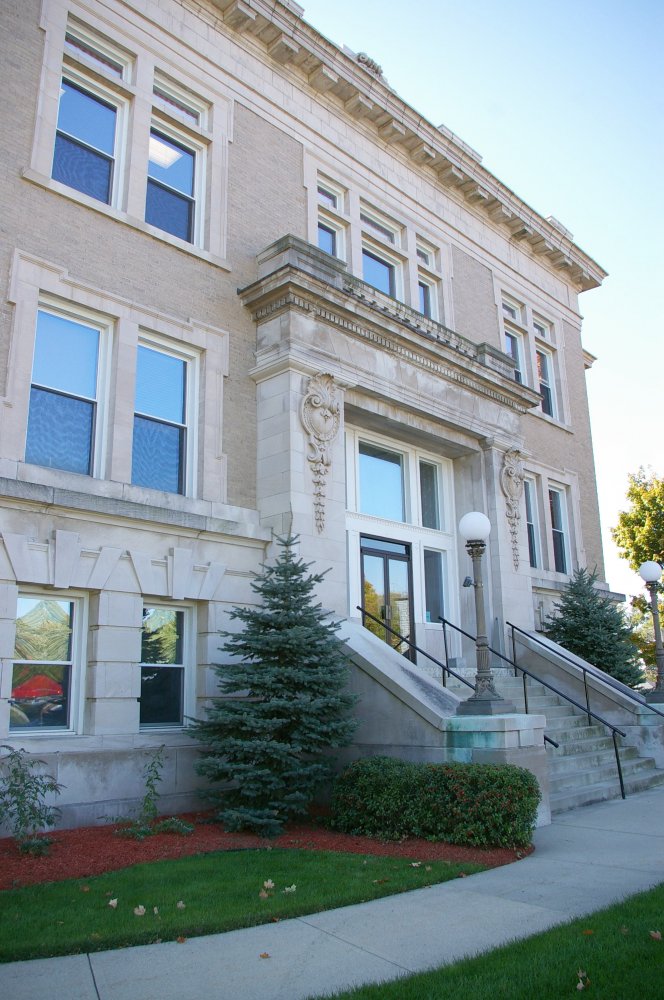 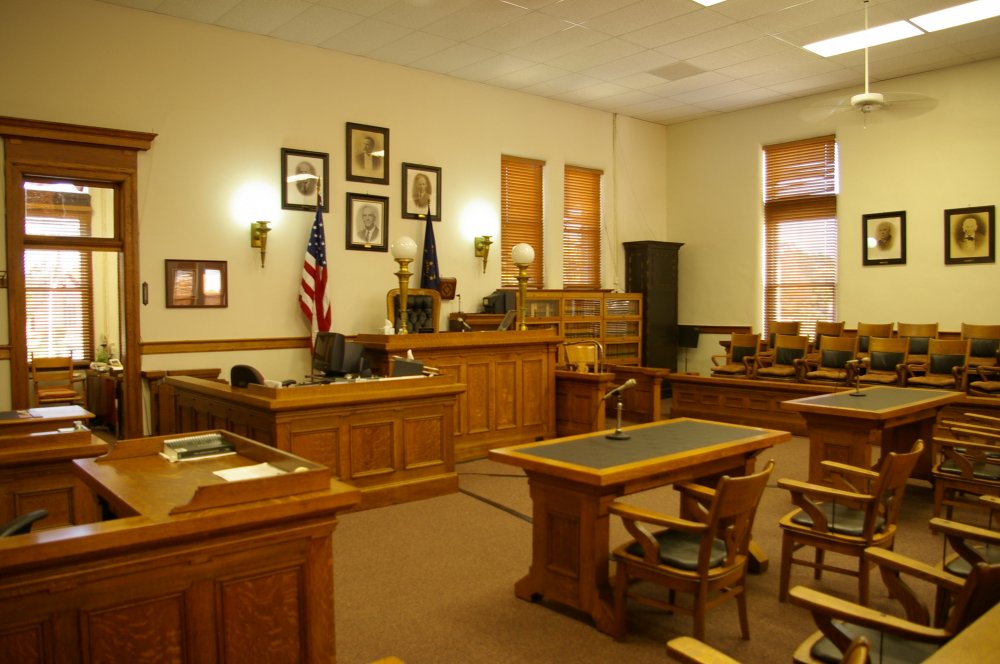 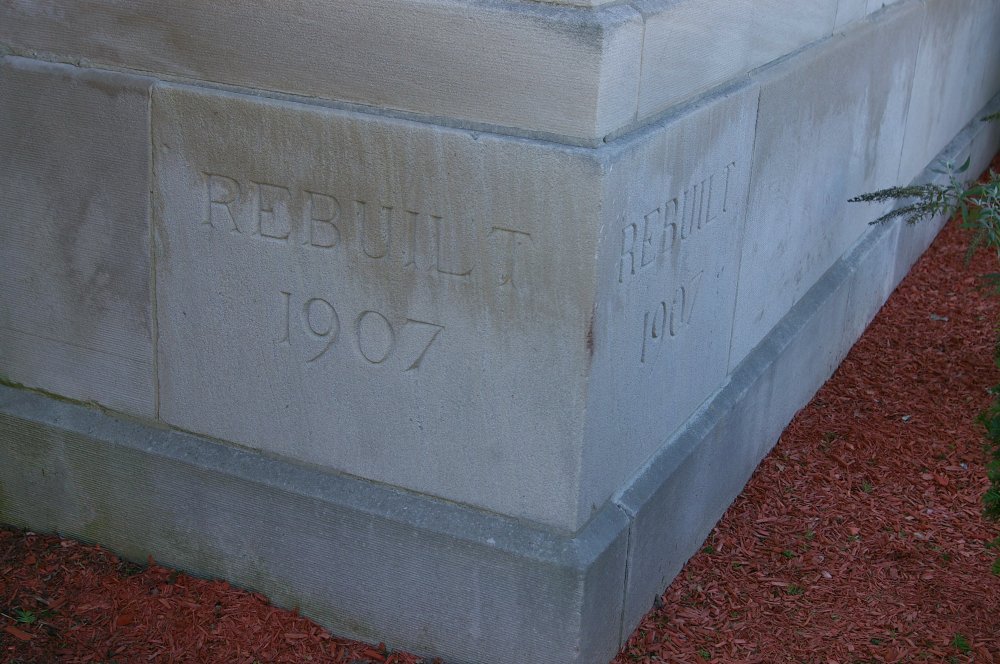 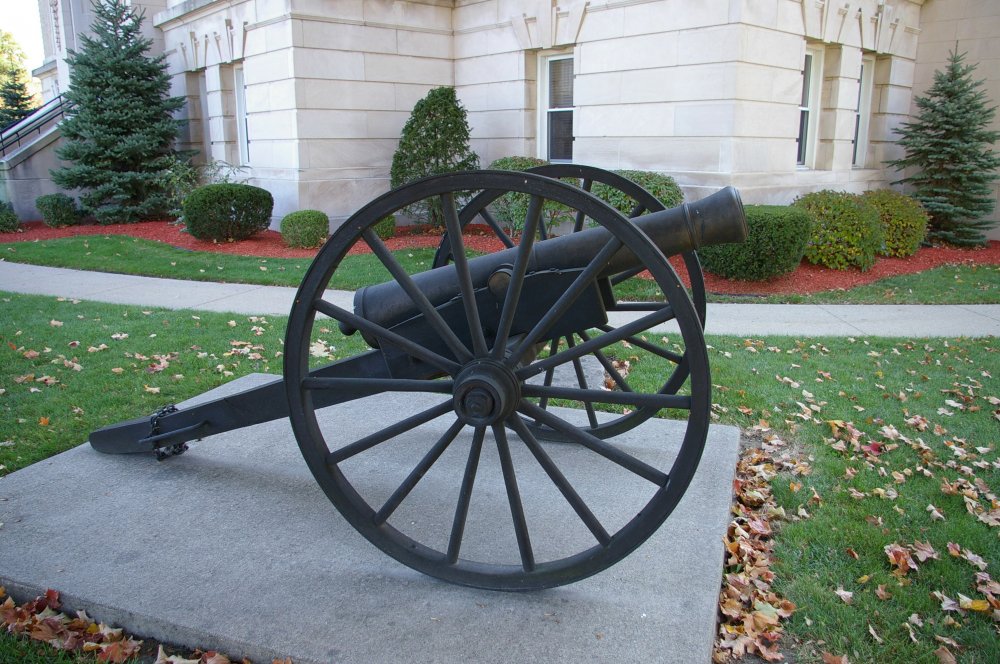 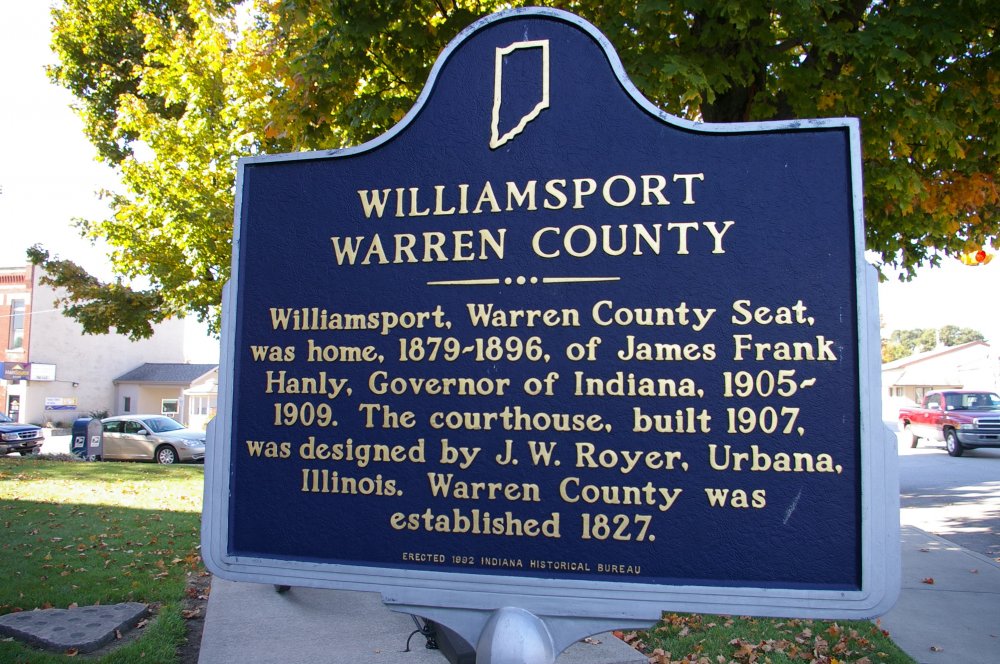