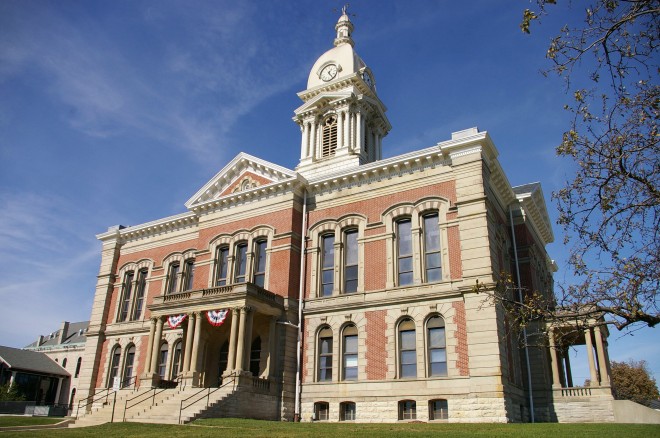 Wabash County is named for the Wabash River, which is derived from the English spelling of the French name for the river “Ouabache” which was named after the  Miami Indian word for the river “Wabashike” meaning “pure white” as the river bottom is white limestone.

Description:  The building faces north and is a two story red colored brick and sandstone structure. The building is located on spacious landscaped grounds in the center of Wabash. The building has a portico on each side with six columns supporting a balcony on the second story. Above are three long windows with pediment at the roof line. There is stone trim on the corners and around the windows. A cornice runs along the roof line. On the center of the roof is a high dome with clock and small cupola at the top. In the interior are stamped metal ceilings, encaustic tile floors and a grand staircase. The building houses the County Circuit Court and the County Superior Court of the 9th Judicial District.

History:  The county was created in 1832 and Wabash was selected as the county seat. The first court met at the home of David Burr and adjourned to the home of Andrew Murphy. A temporary log structure was used from 1835 to 1839 until the second courthouse was built by the Wabash city founders in 1837 to 1839. The courthouse was destroyed by fire in April 1870. The third and present courthouse was constructed in 1877 to 1879 at a cost of $95,000. 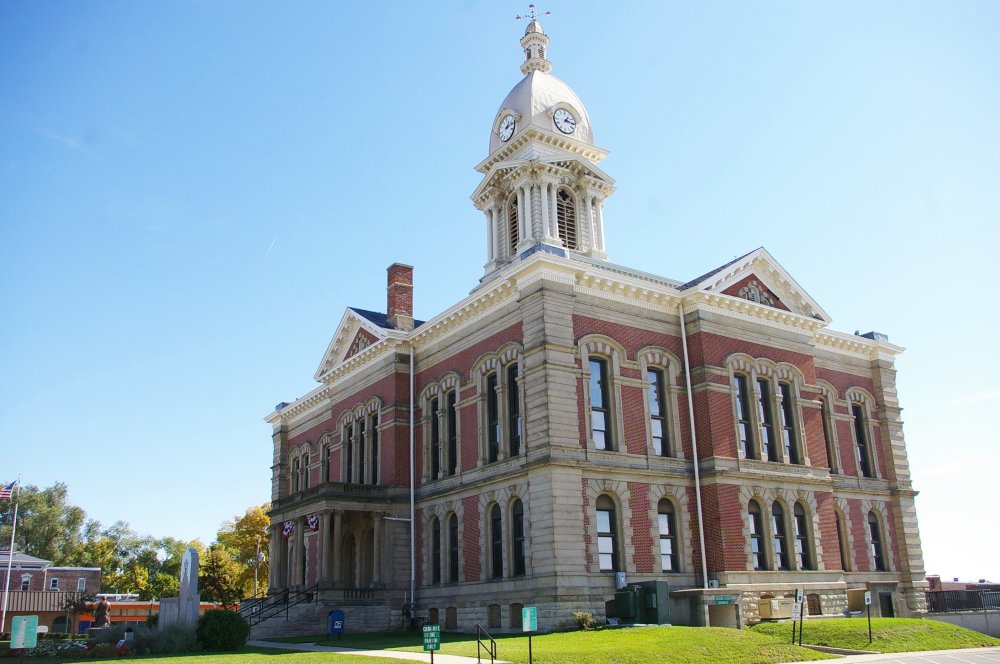 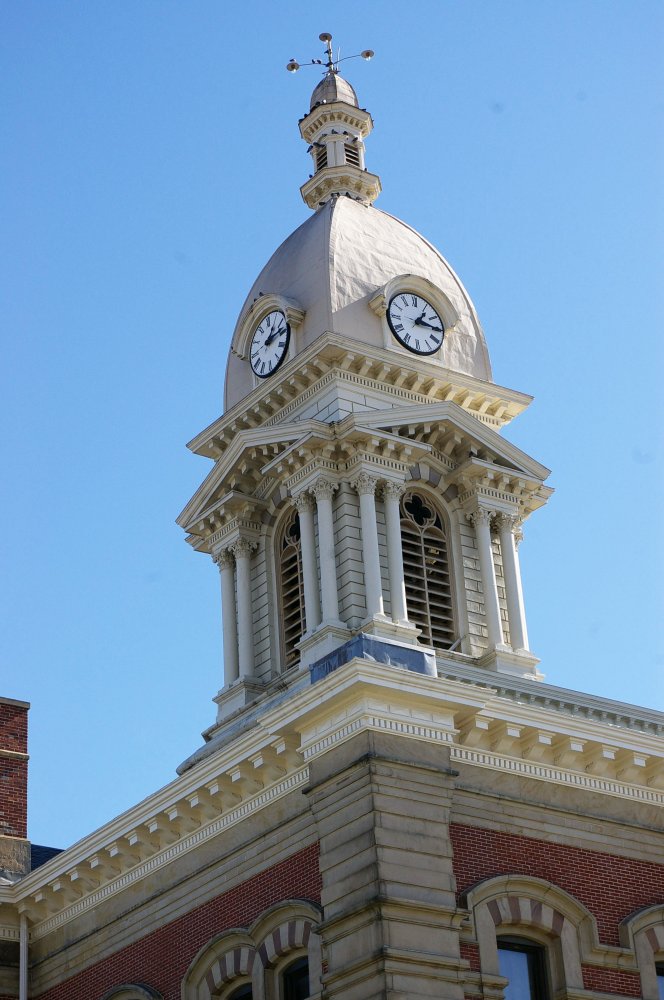 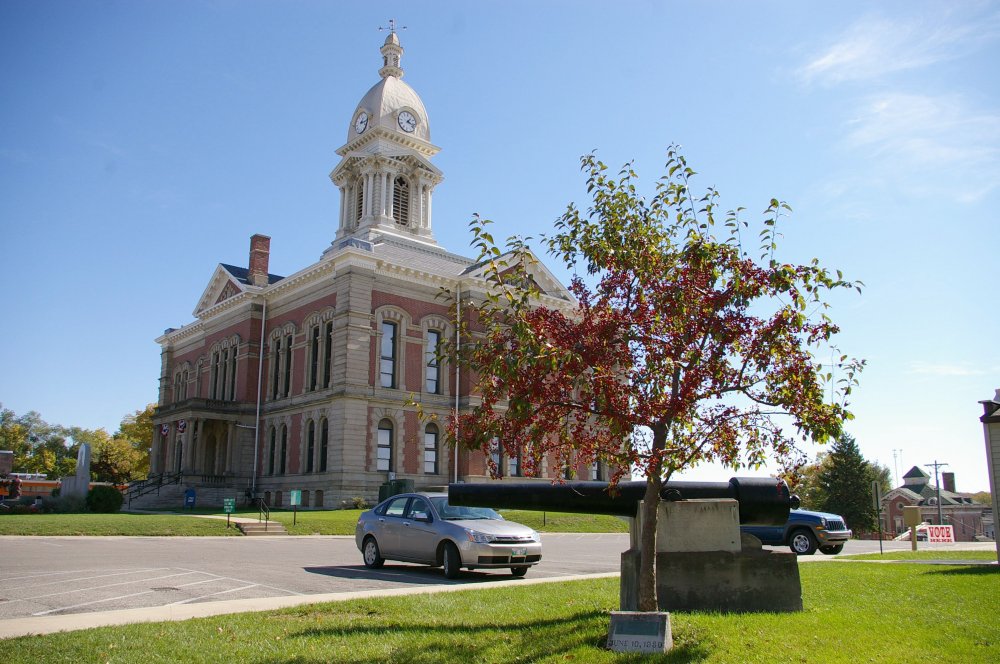 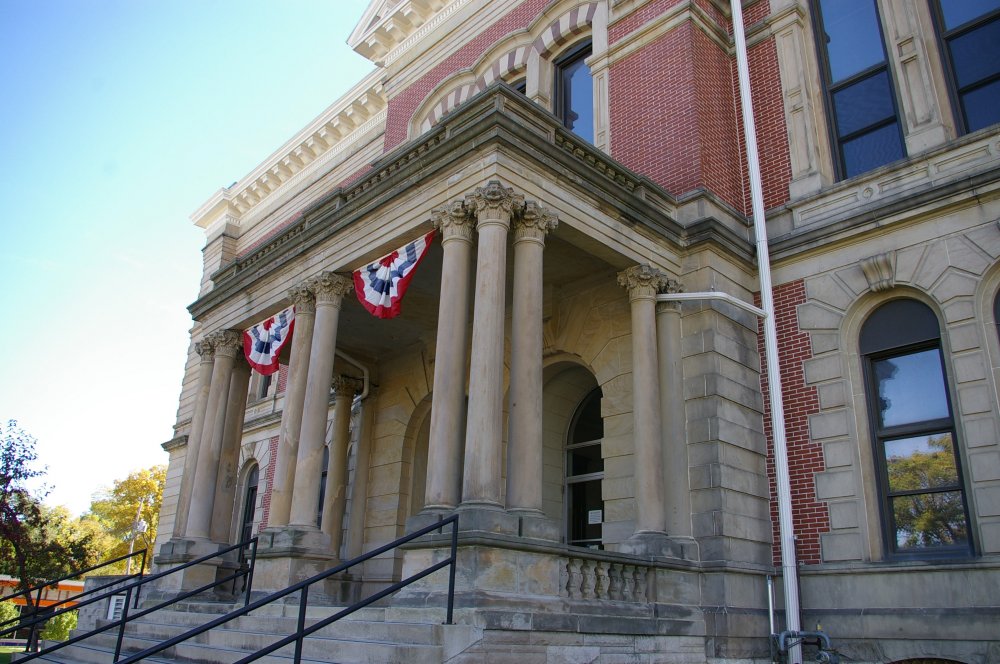 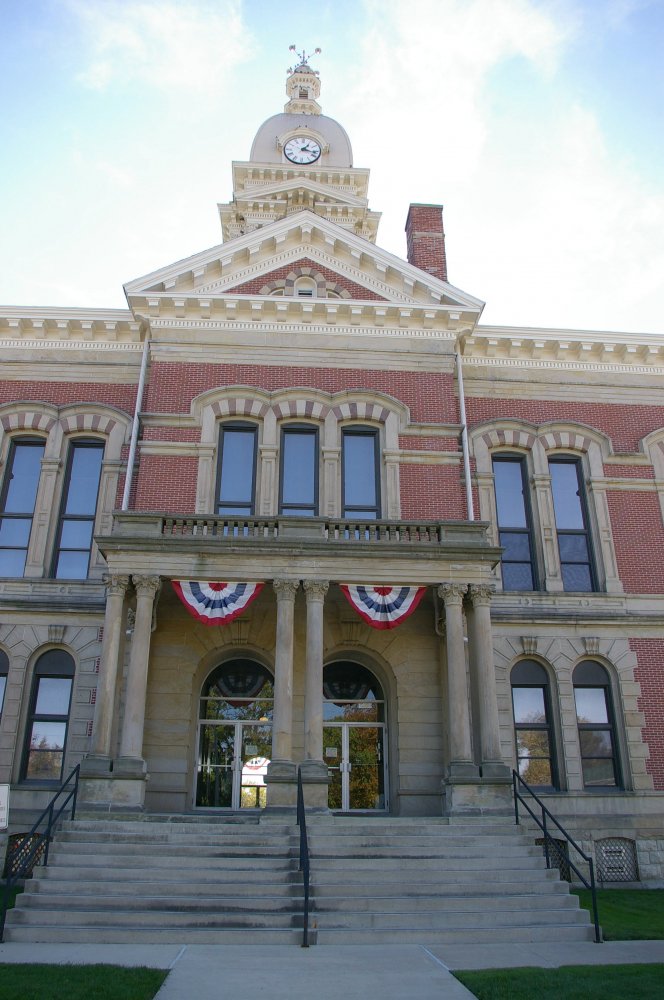 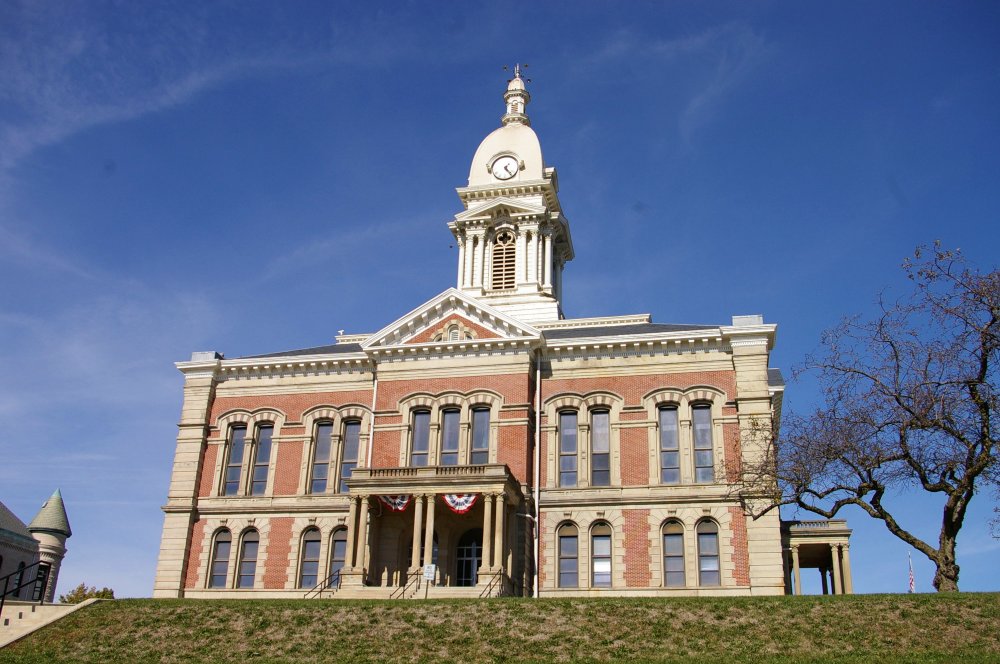 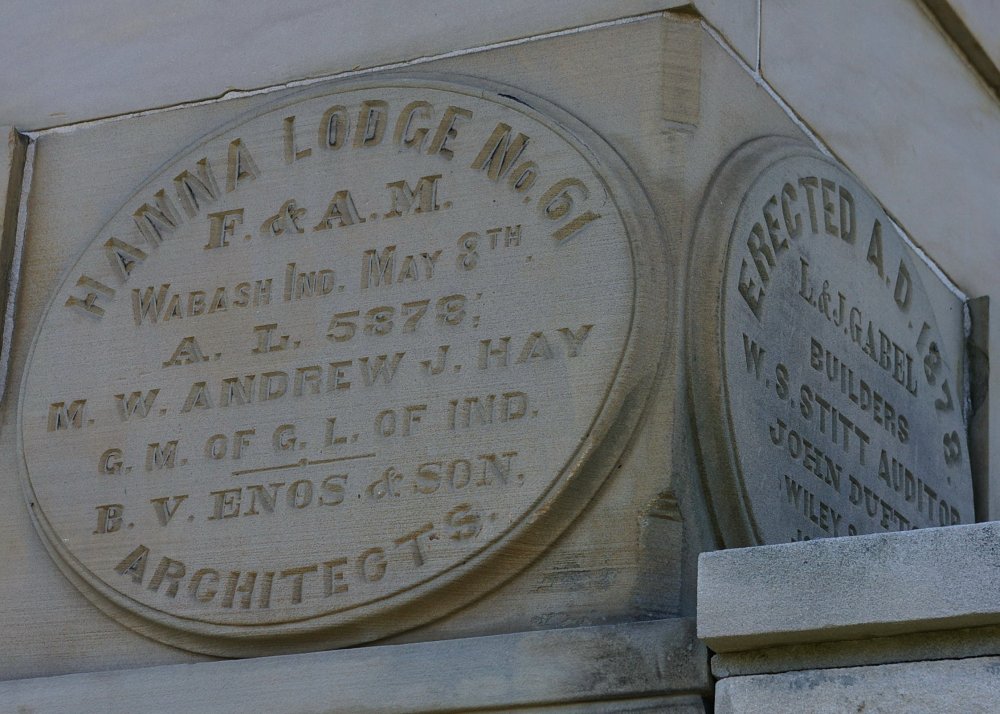 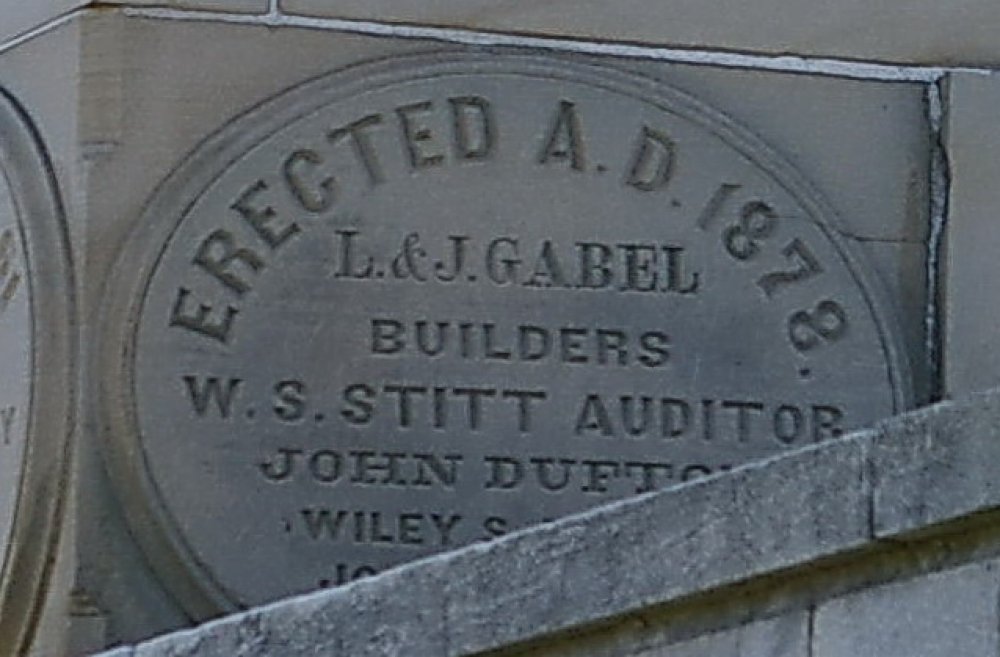