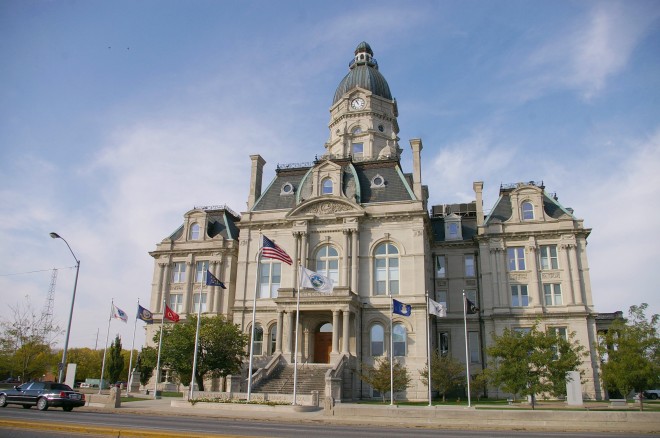 Vigo County is named for Francis Vigo, who gave assistance to George Roger Clark in financing the Clark Expedition and the Revolutionary War efforts. 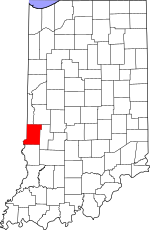 Description:  The building faces east and is a three story stone and brick structure. The building is located on the landscaped grounds of the Courthouse Square in the center of Terre Haute. The building is shaped like a cross with a rectangular section with wings extending out to the north and south. The foundation is rusticated rock-faced stone. The east front has a one story portico supported by four columns and having a balcony on the second story. Behind is a large window flanked by columns rising to a rounded pediment. On the roof is a large dormer. The north and south wings extend slightly from the main building. Rising from the center of the building is a three-tiered, octagonal tower featuring a variety of decorative elements. The first level has engaged columns at each corner and features rectangular windows on alternating faces of the tower. Round arched windows appear on the second level, separated from the lower rectangular windows by a heavy cornice. On the third tier, alternating tower faces are pedimented and contain large clock faces flanked by engaged columns. The tower’s large dome rises from this level and is surmounted by a small domed lantern. The roof is mansard. In the interior there is a central octagonal shaped rotunda rising to the dome. There are two large courtroom on the second story. The building houses the County Circuit Court and the County Superior Court of the 19th Judicial District. The building was renovated in 2008. The architect was TGS Architects Inc. of Indianapolis and the contractor was Ameresco Inc. The construction manager was Construction Technology Associates Inc. of Terre Haute.

History:  The county was created in 1818 and Terre Haute was selected as the county seat. The first courthouse was the Eagle and Lion Tavern on the corner of Wabash Avenue and Second Street. The second courthouse was a two story brick structure built by John M Coleman (foundation), William Durham (walls), Elihu Hovey and John Brockebank (builders) in 1818 to 1822 at a cost of $1050. The building was declared unfit in 1866. The third courthouse was a four story brick building on the corner of Third Street and Ohio Street used as a temporary courthouse for 22 years from 1866 to 1890. The fourth and present courthouse was constructed in 1884 to 1888 at a cost of $443,000. 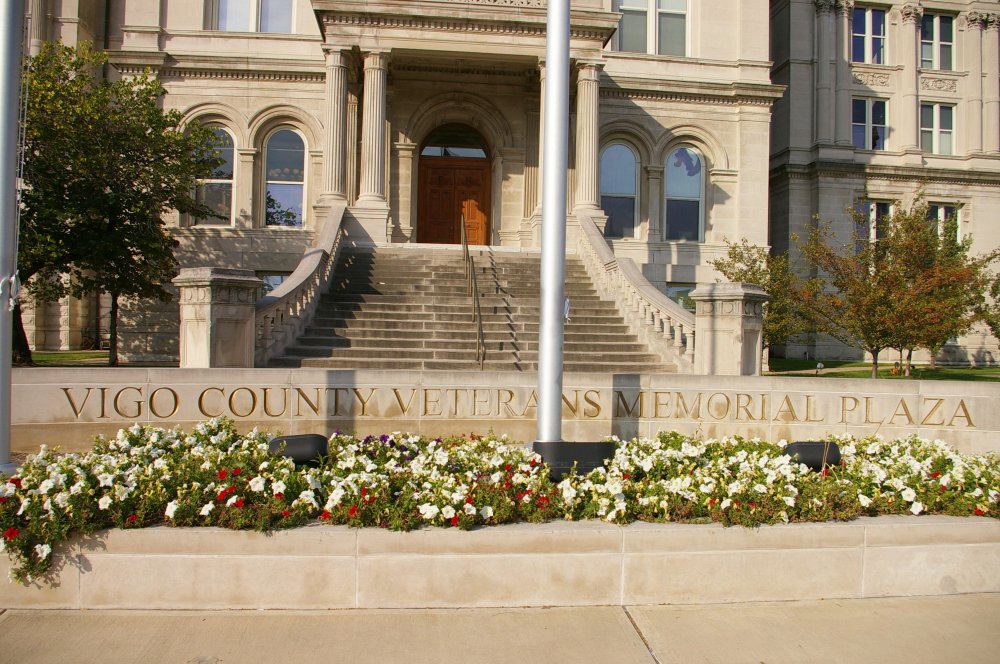 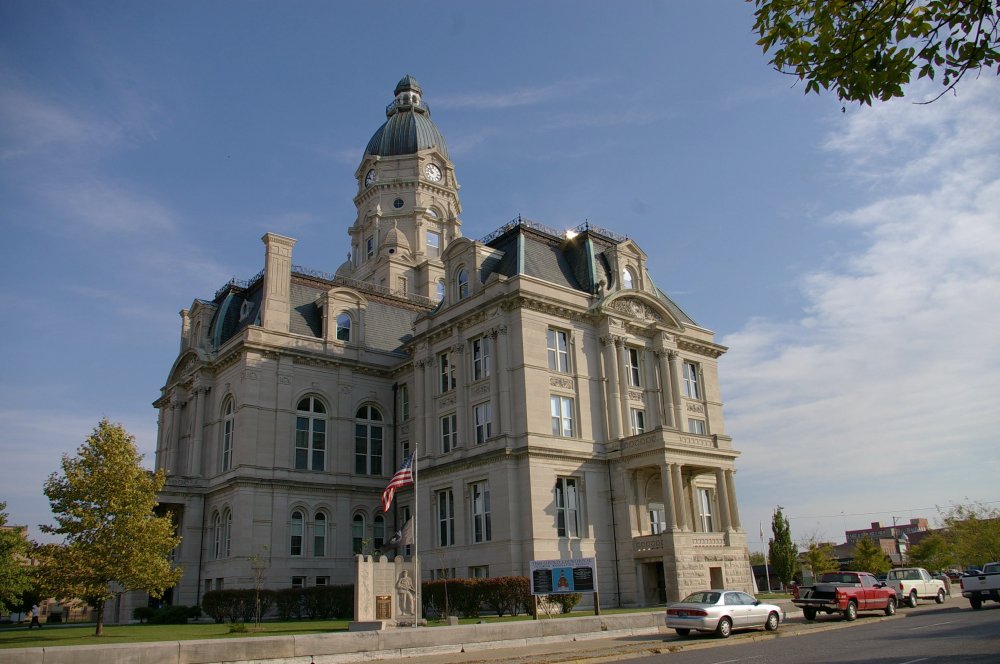 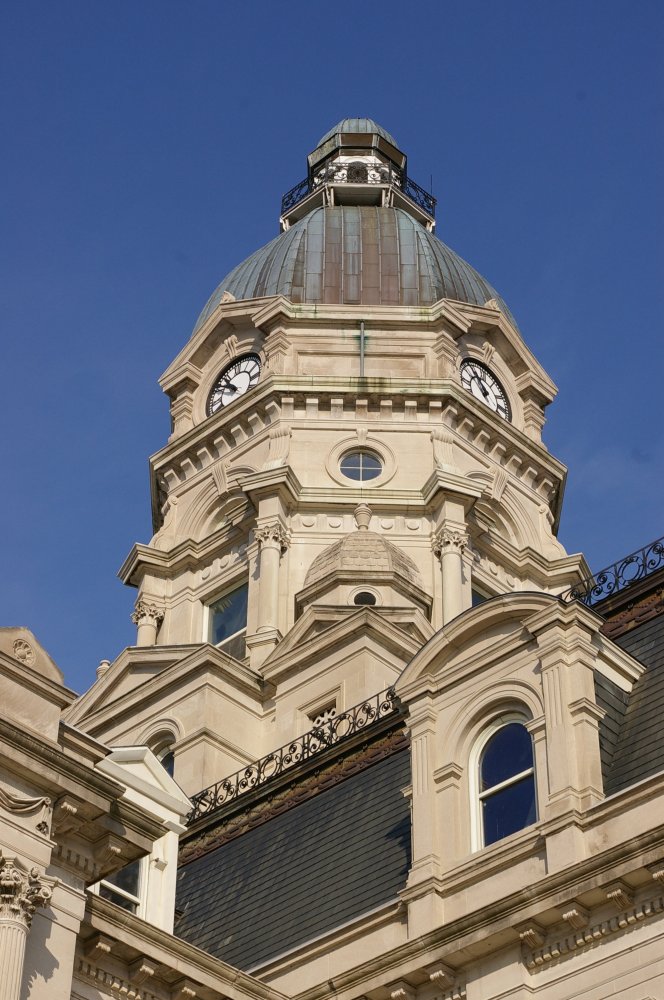 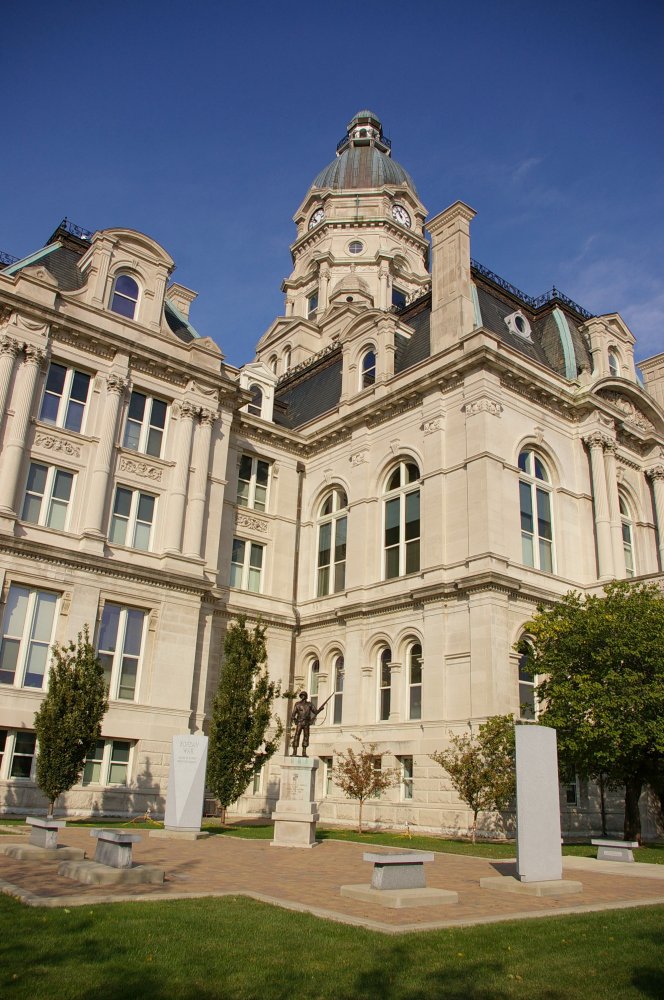 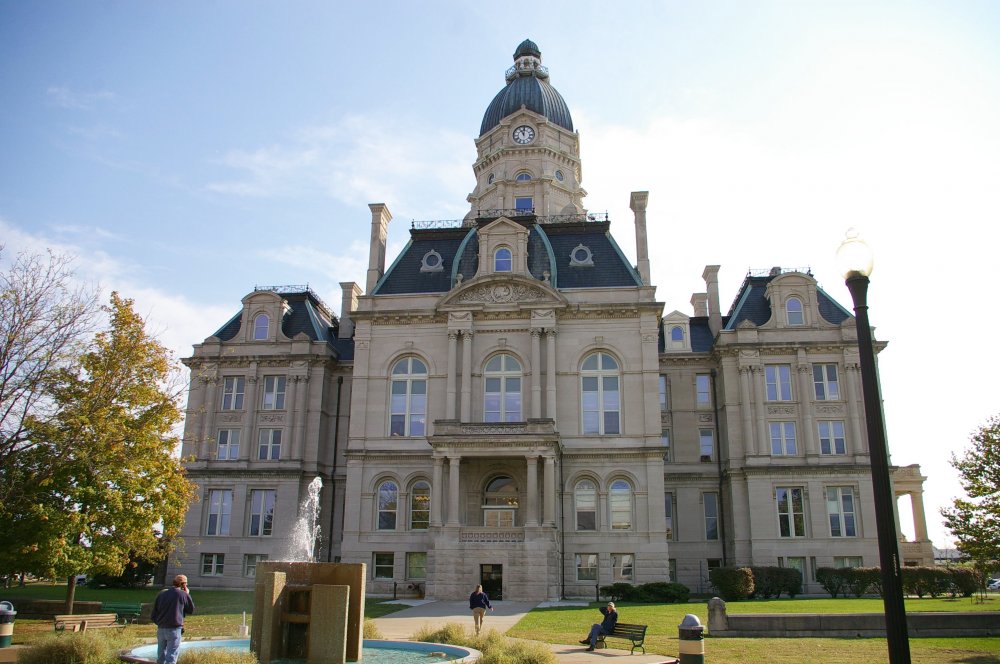 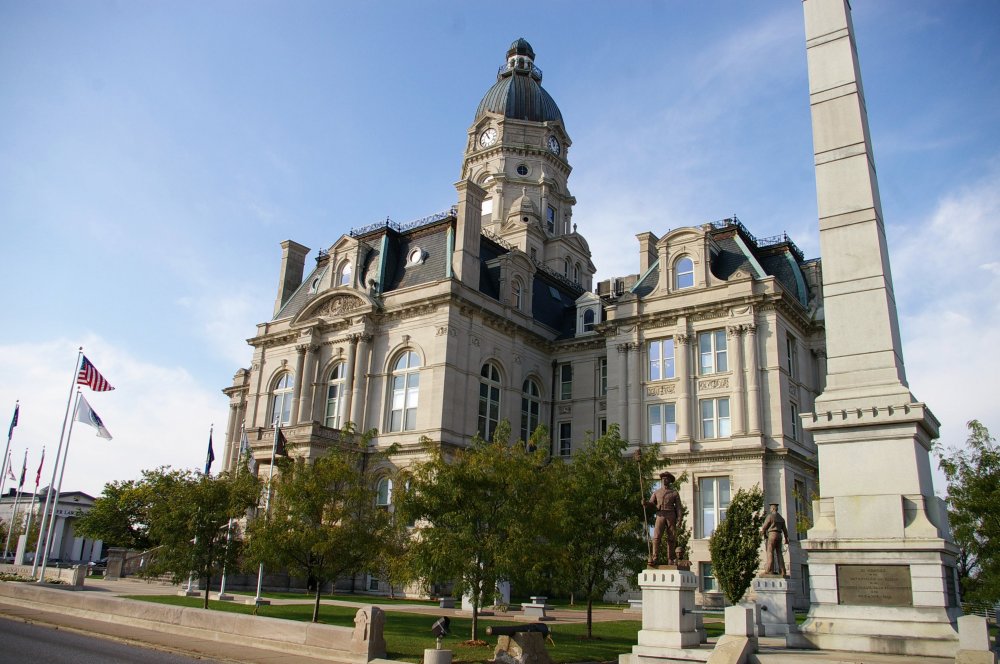 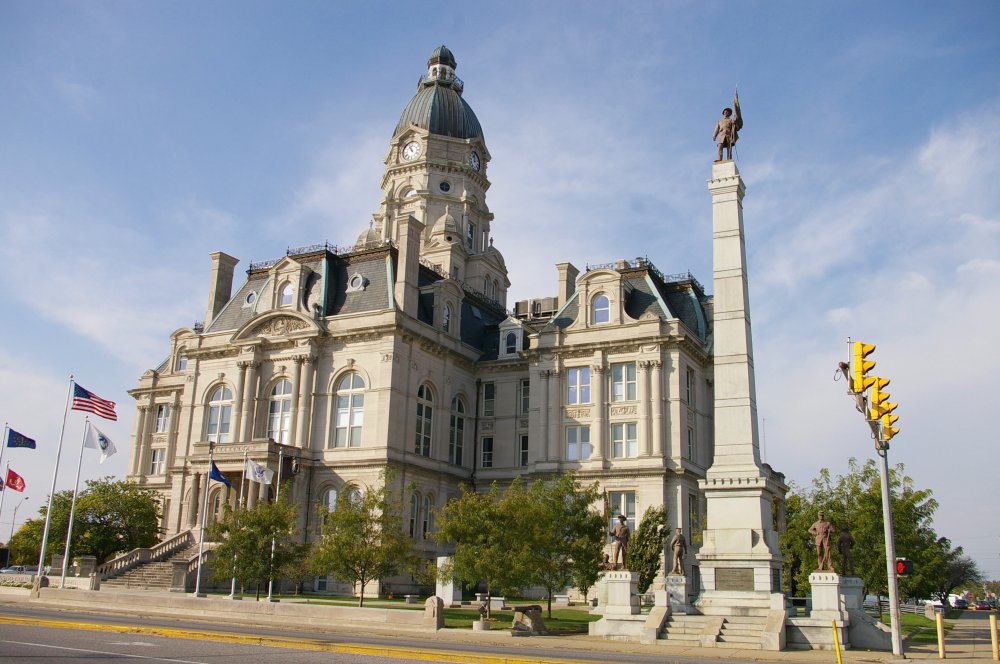 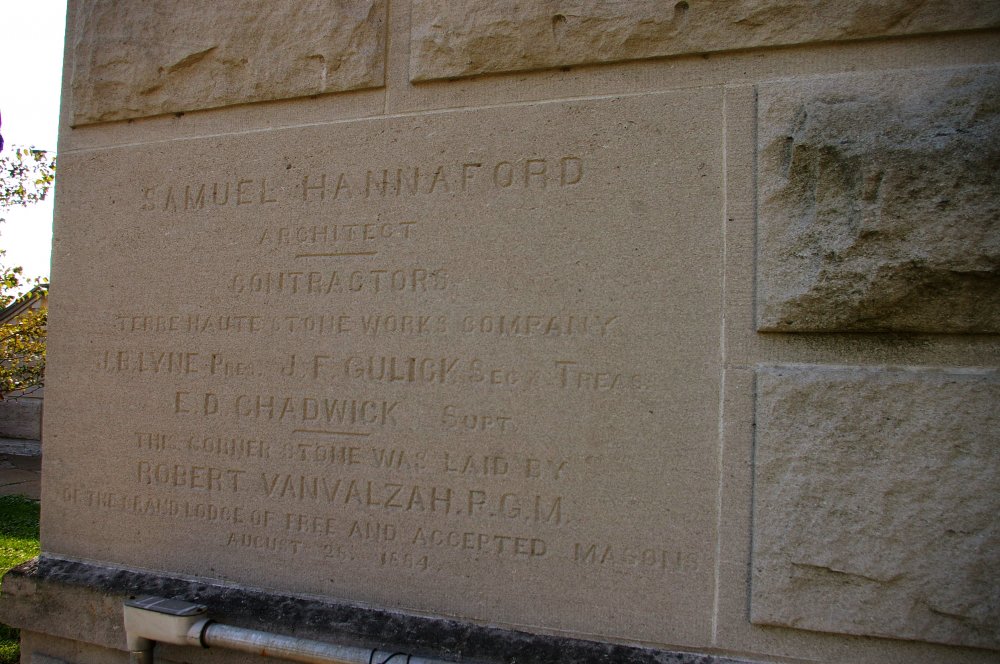 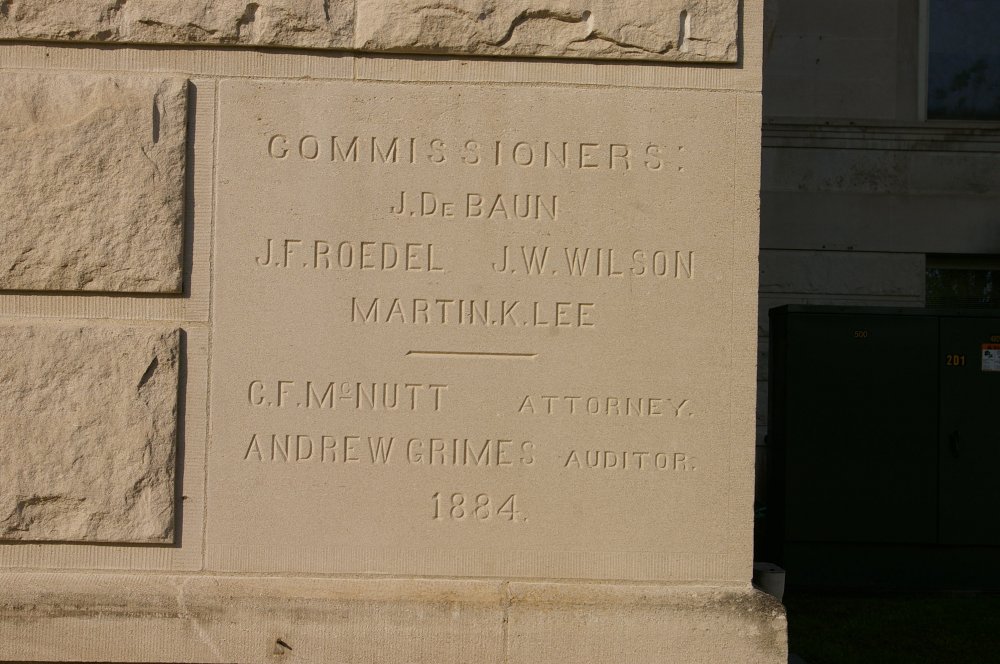 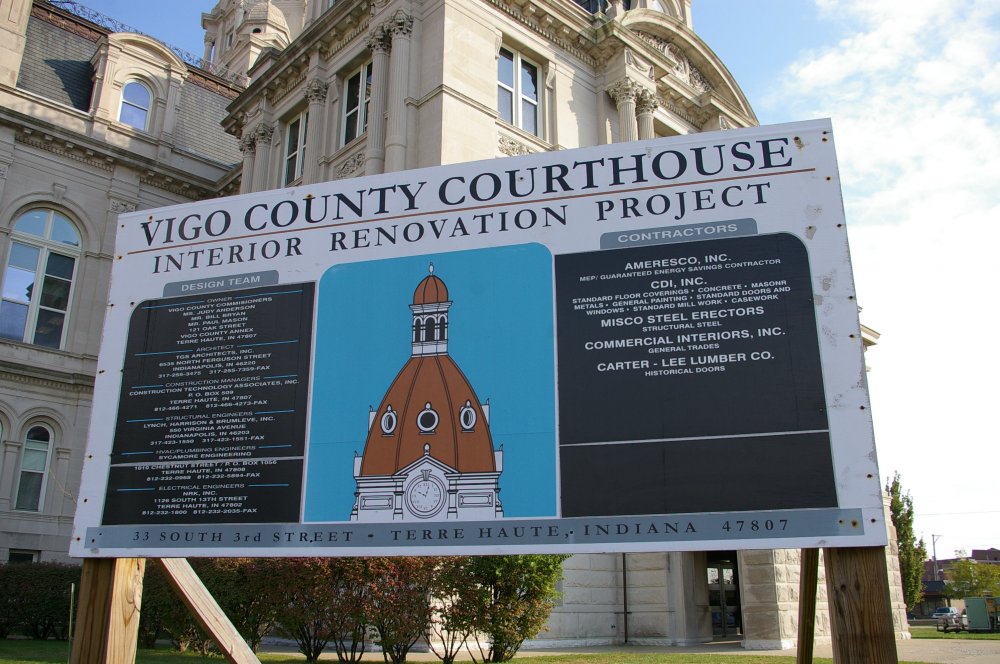