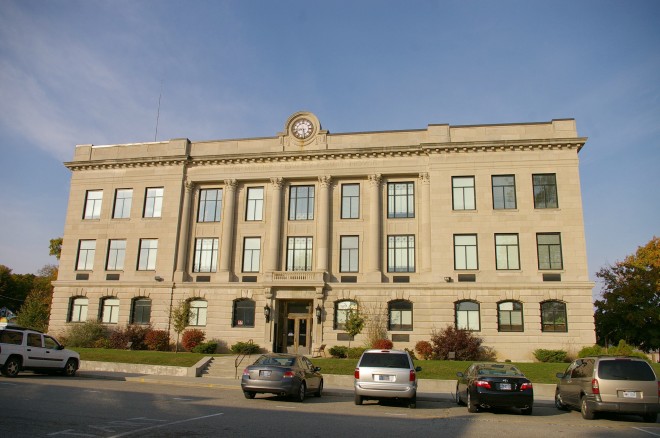 Vermillion County is named for the Vermilion River which flows through the county, and “vermilion” is the color of the red bluffs along the river, and the spelling has an extra “l” to distinguish it from the Illinois county that it adjoins. 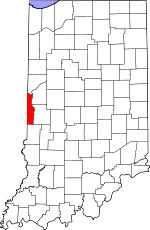 Description:  The building faces east and is a three story buff colored limestone, brick and concrete structure. The building is located on the landscaped grounds of the Town Square in the center of Newport. The building has a poured concrete foundation and the walls are brick faced with limestone. The east entrance is framed with stone and recessed. Four half Corinthian columns divide recessed windows on the second and third stories. Above the roof line on each side of the building is a clock. The flat roof has an art-glass skylight at the center. In the interior, there is a square light well at the center with cross hallways on the first story and a split marble staircase rising to the third story. There are marble-trimmed terrazzo floors and marble wainscot above which the walls, piers and pilasters are plastered and painted a gray color. The ground floor has an auditorium along the south side.. The courtroom is located on south side of the third story and is paneled and trimmed in brown-finished oak with the original judge’s bench and ornamental plaster ceilings. The building houses the County Circuit Court of the 11th Judicial District. 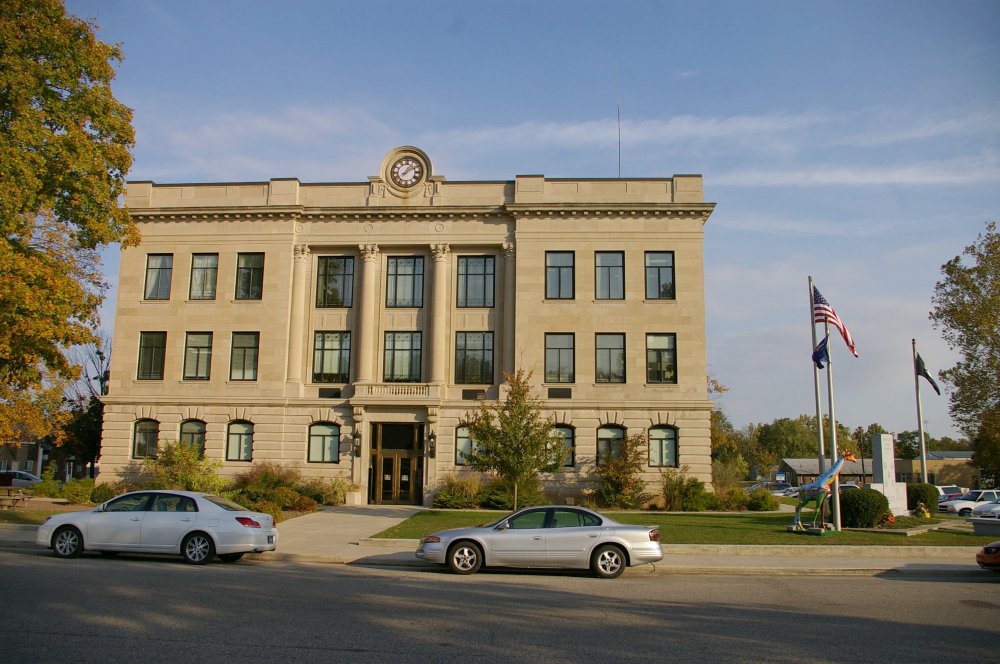 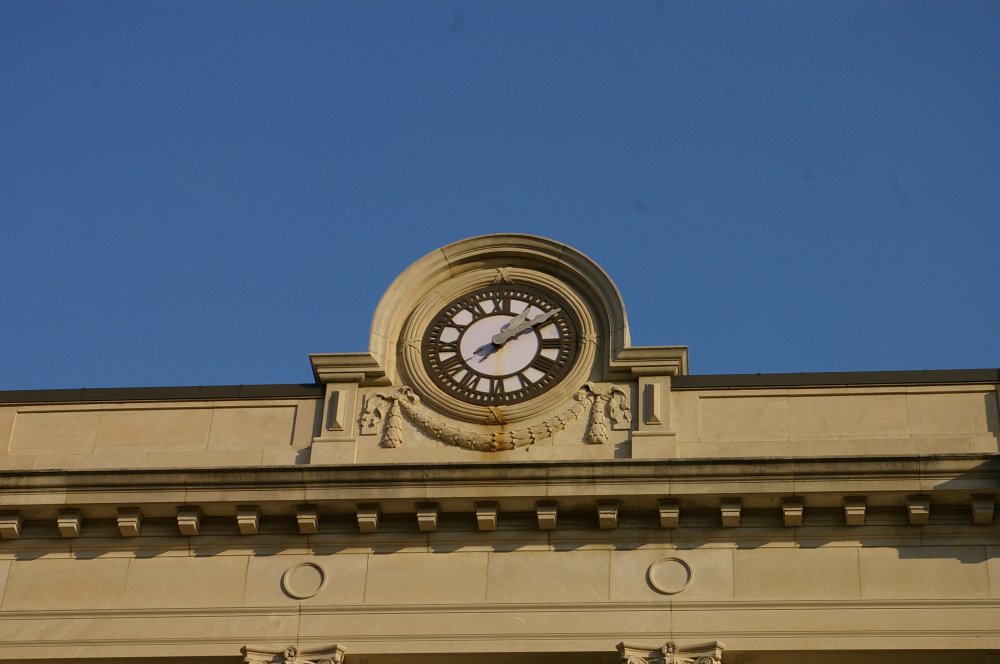 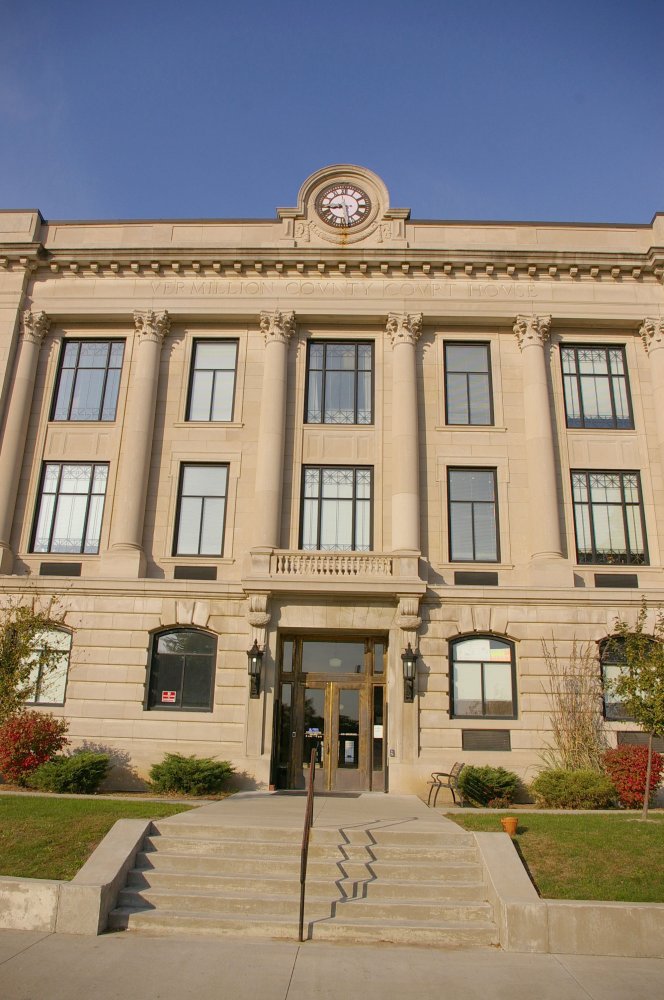 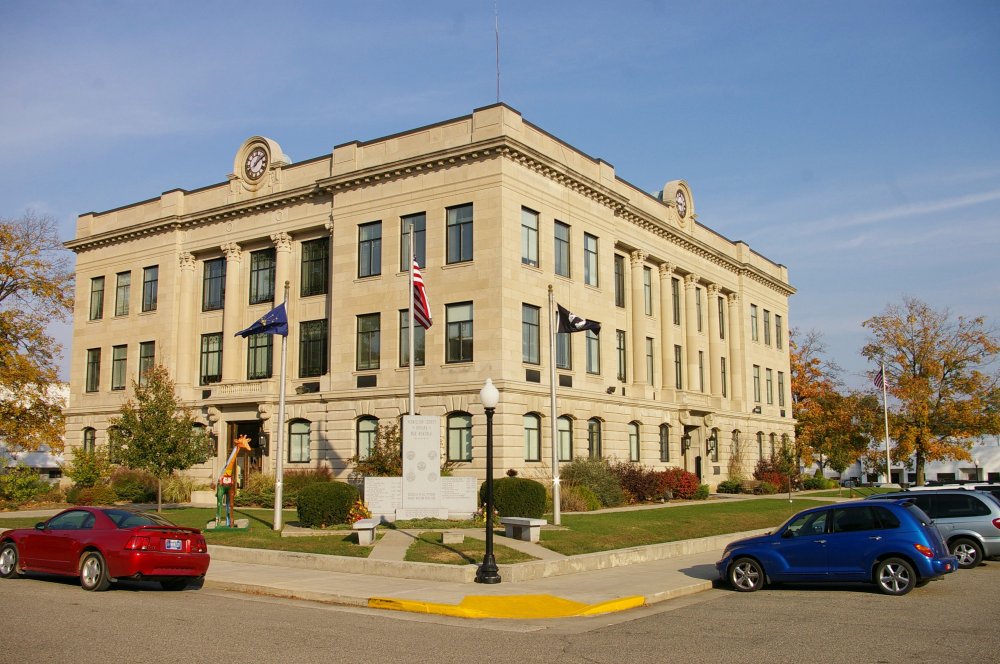 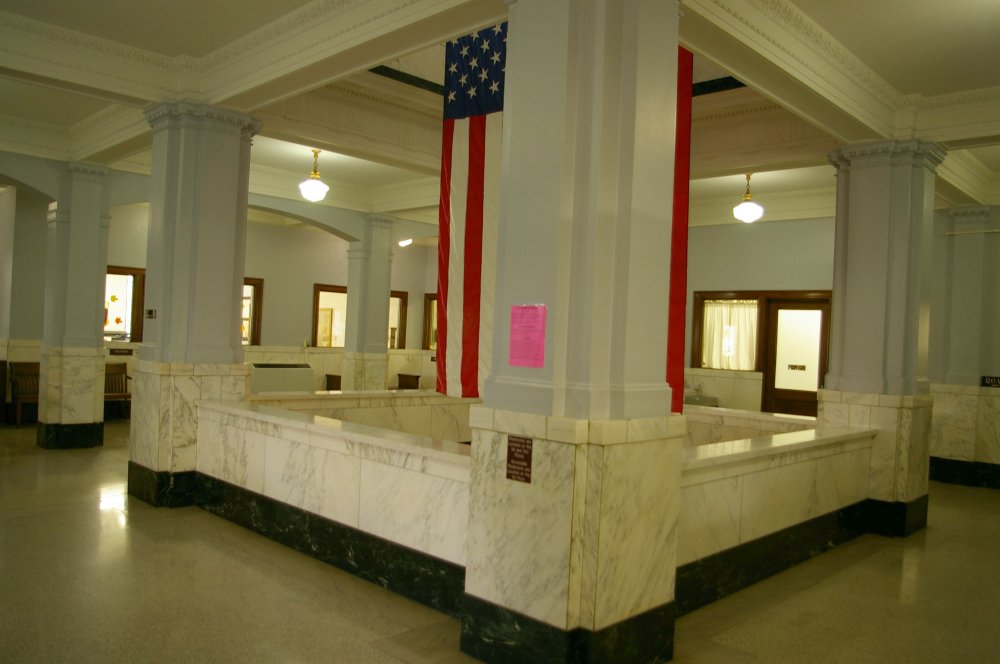 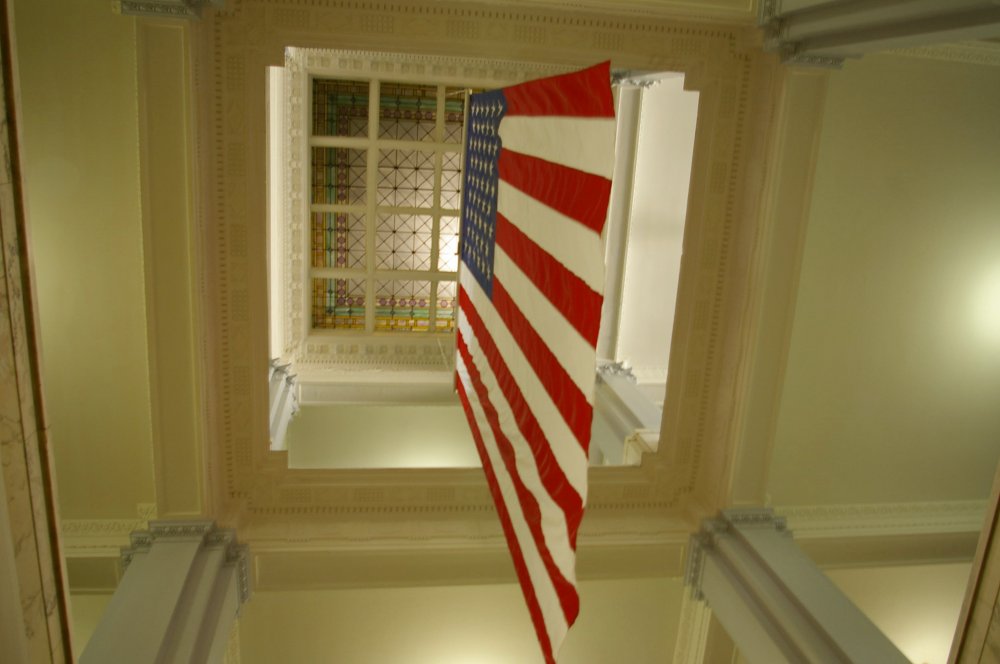 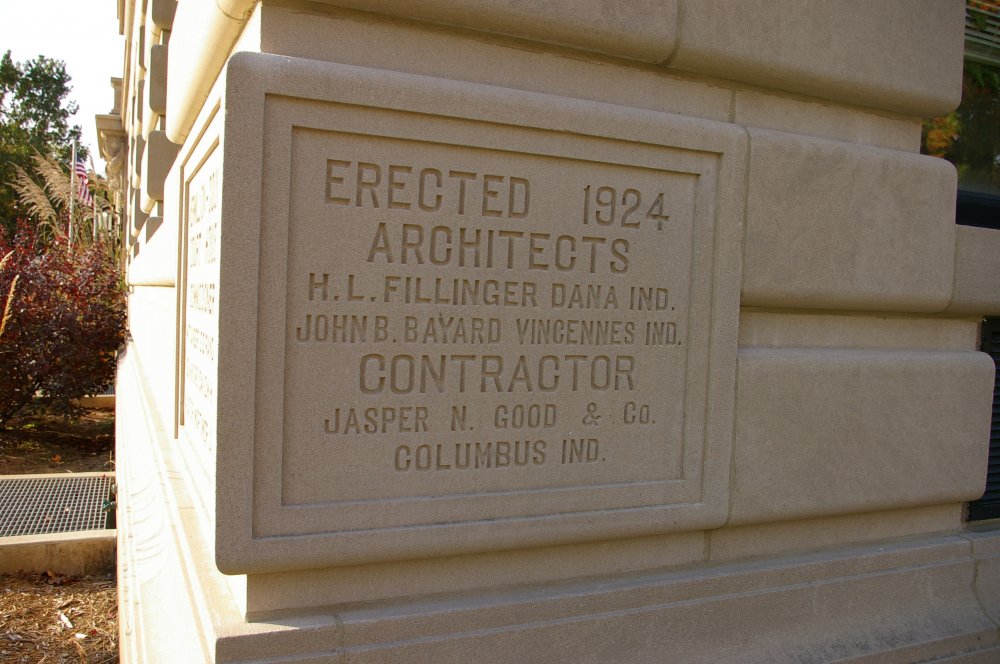 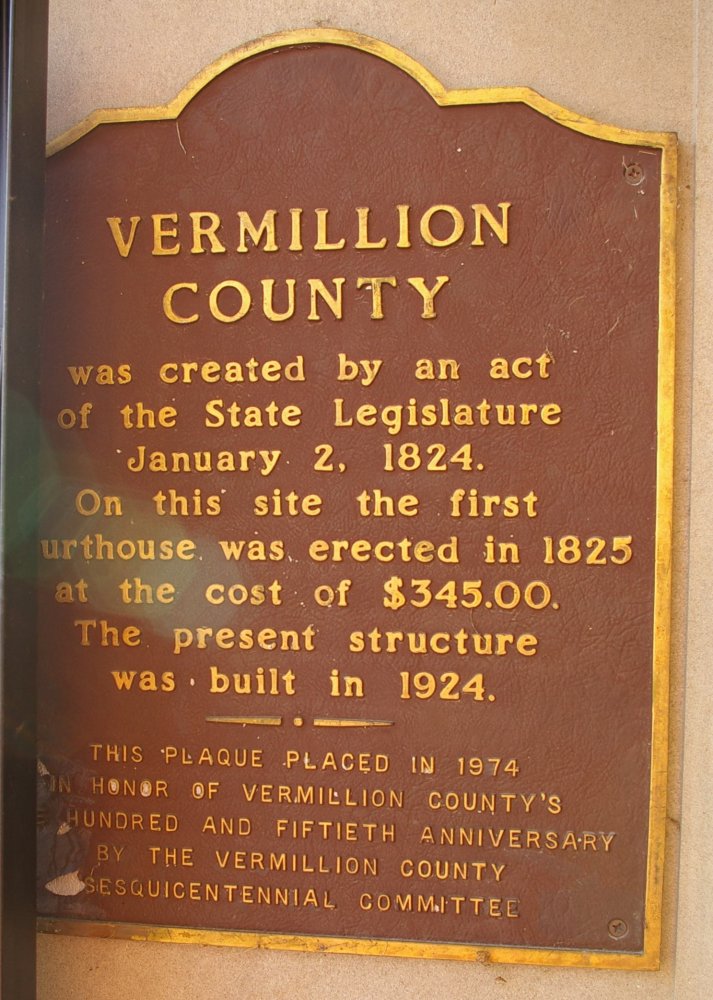