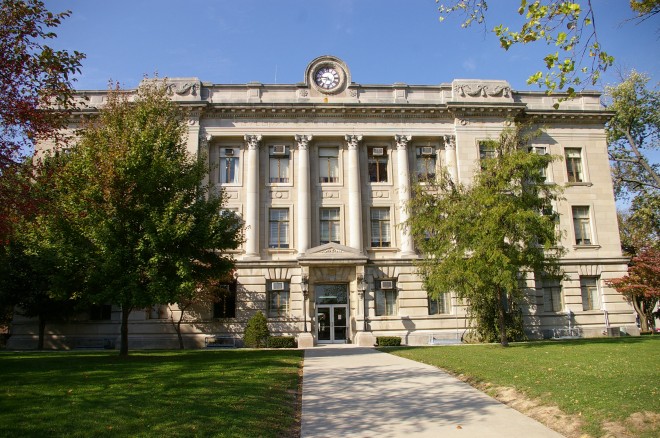 Sullivan County is named for Daniel Sullivan, who was a general in the American Revolutionary War and who was killed while carrying a dispatch between Fort Vincennes and Louisville, Kentucky. 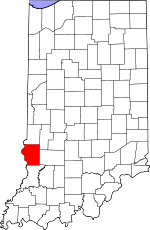 Architect:  John B Bayard of Vincennes

Description:  The building faces south and is a three story buff colored limestone  and concrete structure. The square shaped building is located on the landscaped grounds of the Courthouse Square in the center of Sullivan. The south front has horizontal buff colored stone work on the first story with a small overhang at the entrance. Six large columns rise from the second to third stories diving recessed windows. A wide cornice runs below the roof line and a clock rises above the roof line. In the interior, the rotunda is surrounded by square pillars whose capitals include a course of bead and reel molding, a cima reversa acanthus molding, a plain surface, topped by another acanthus molding and, finally, a smaller flat edged course. These pillars support the paneled ceiling around the rotunda. The inner face of the rotunda at this level is decorated with fluting, interspersed with a scrolled leaf and wreath surrounding a light socket. Above this course is a running ornament. These elements are separated by horizontal moldings. The rotunda floor is decorated with an ornate compass design in black and red grained marble against a ground of beige stone. Black marble outlines the square columns on the floor and highlights the stair. The courtroom is located on the west side of the third story and the interior decorations include a massive oak backdrop to the judge’s bench. This feature includes raised carved floral detailing in the central panel and a pediment above, which encloses a carved eagle with its wings unfurled. The doors and window surrounds are of the same oak and have projecting cornices. Carved floral capitals, matching those in the backdrop are also present on the rails around the jury box and on other furnishings. The walls of the courtroom are punctuated by fluted Composite pilasters resting on oak wainscoting. The coffered ceiling is outlined with combination dentil moldings and decorative plaster medallions containing the dropped light fixtures. The building houses the County Circuit Court and the County Superior Court of the 19th Judicial District. 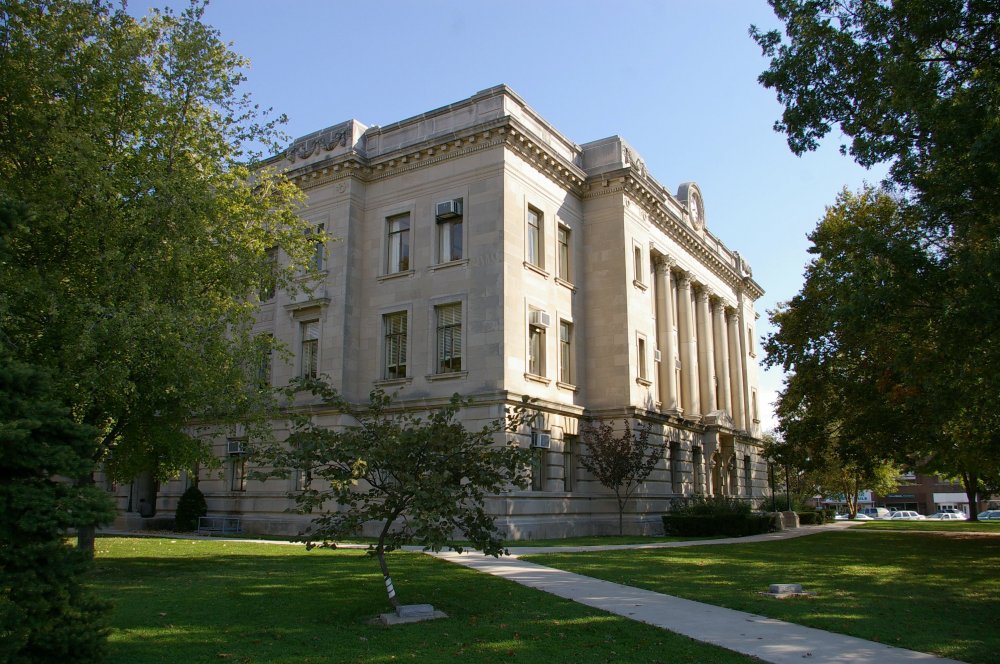 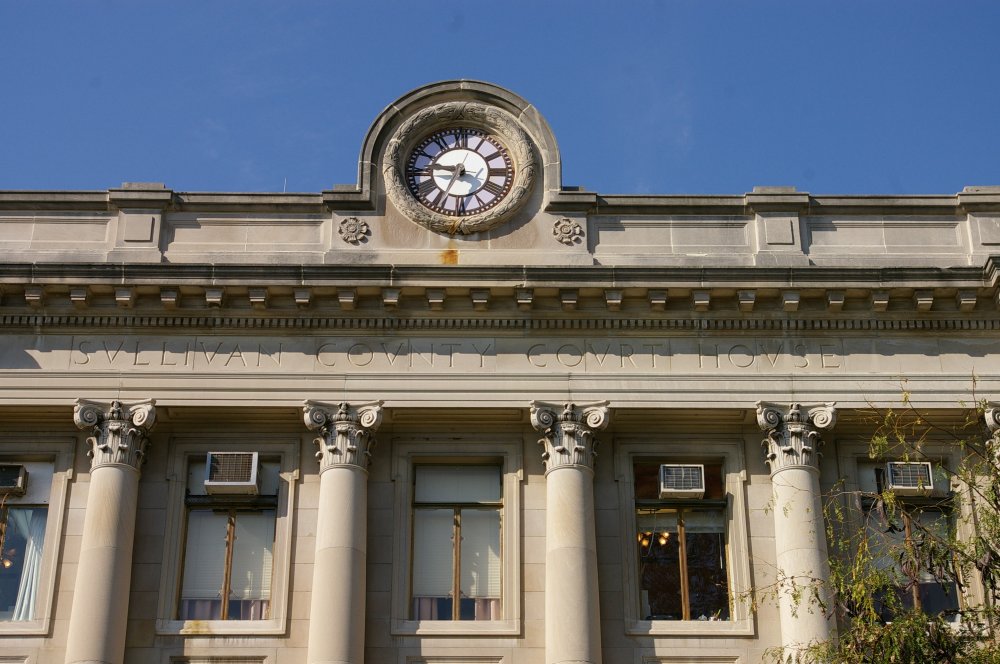 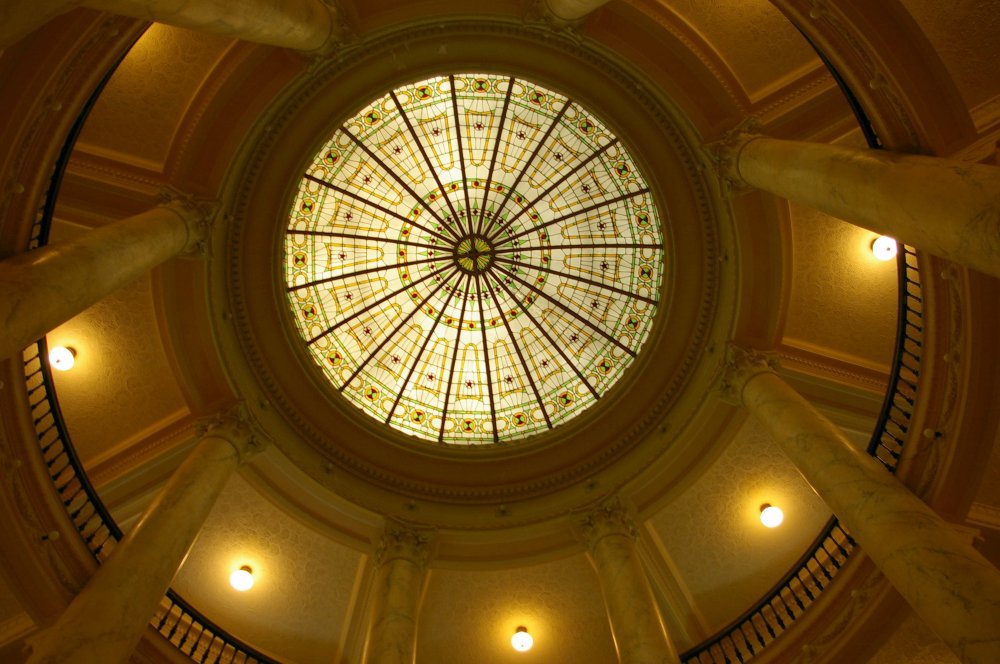 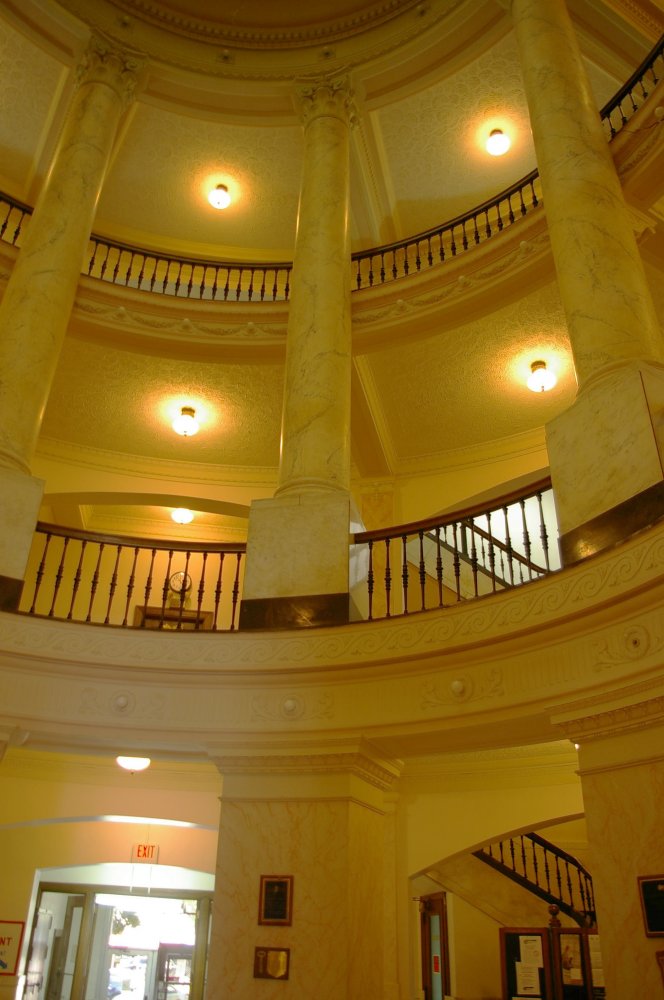 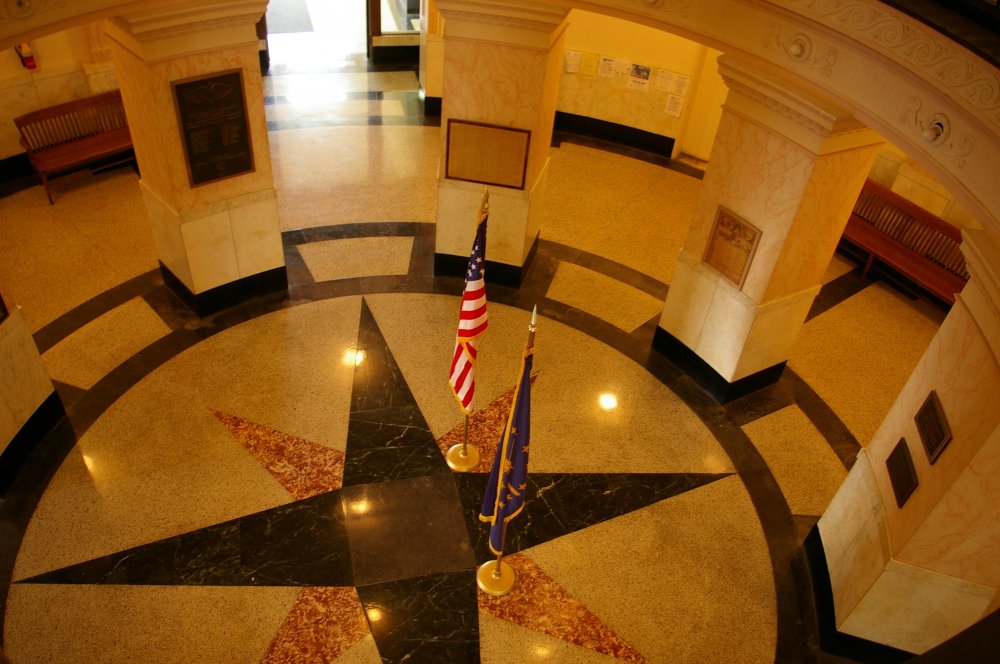 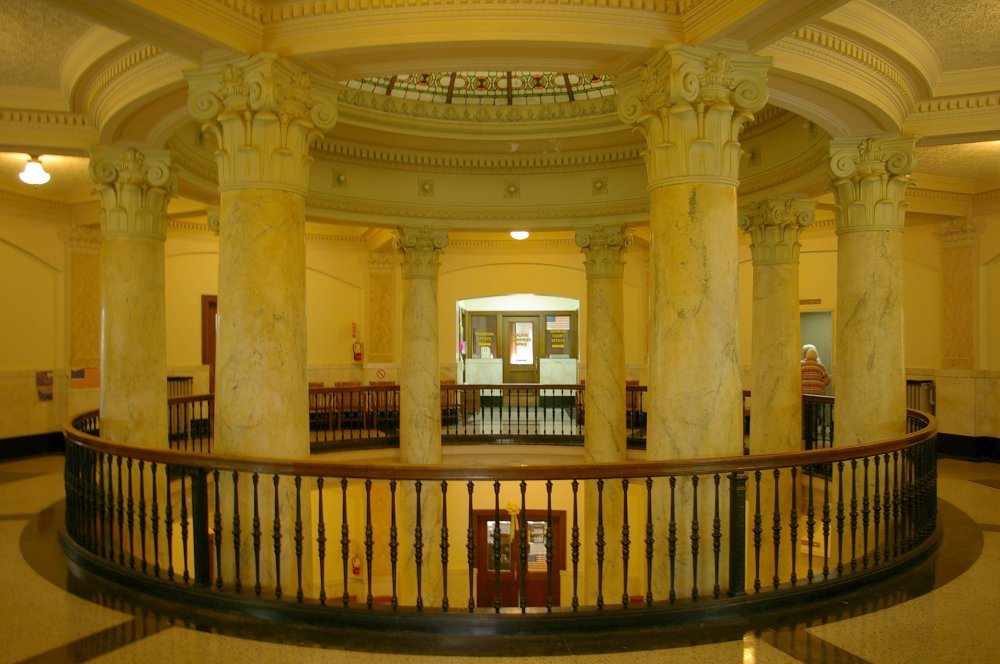 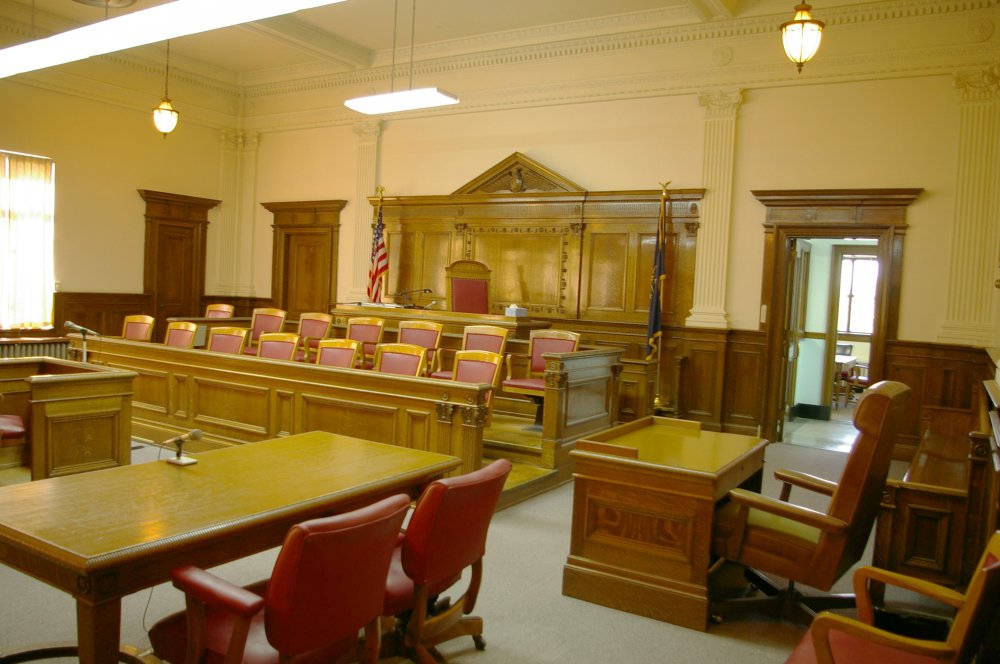 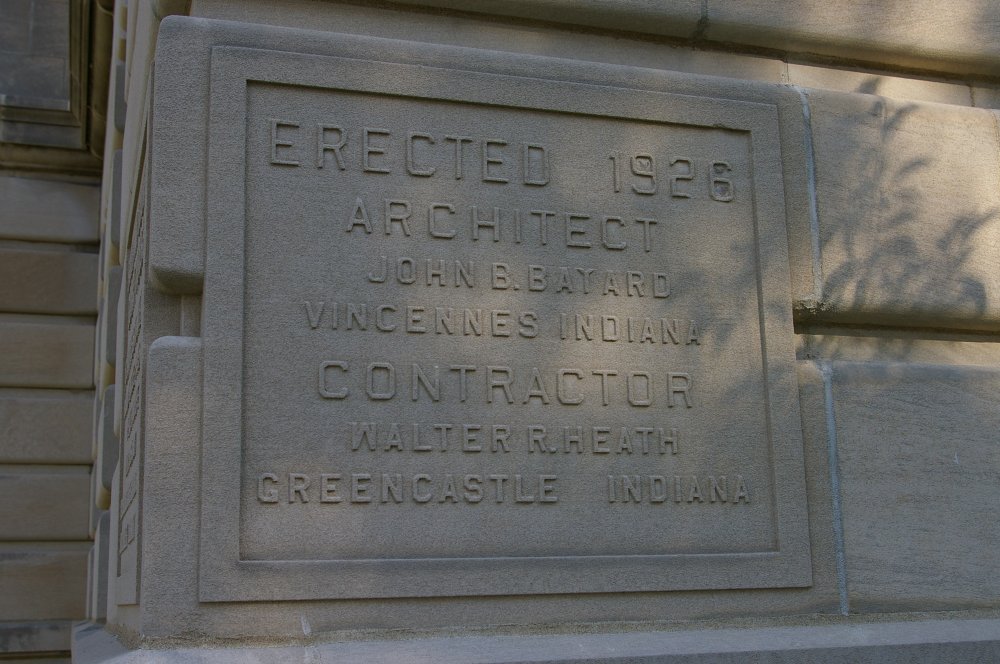