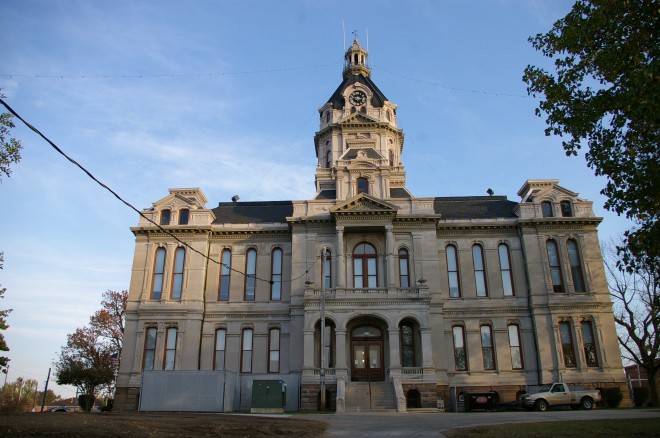 Parke County is named for Benjamin Parke, who was the commander of a troop of light Dragoons at the Battle of Tippecanoe and he was a delegate of the Indiana Territory to the United States Congress. 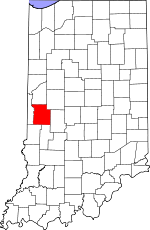 Description:  The building faces north and is a three story gray colored limestone structure. The building is located on the landscaped grounds of the Town Square in the center of Rockville. The foundation is native sandstone. The center section on the north and south sides has a portico with three arches on the first story and balcony above. Two columns rise to a small pediment at the roof line. Windows on the first story segmental-arched and round-arched on the second story. On the center of the roof is a high tower with hemispherical dome and clock and small cupola at the top. The roof has dormer windows.  A wide entablature with dentils and modillions extends around the top of the building. In the interior is a cross hall plan on the first story with patterned floor and staircase. The courtroom is located on the second story. The building houses the County Circuit Court of the 11th Judicial District. 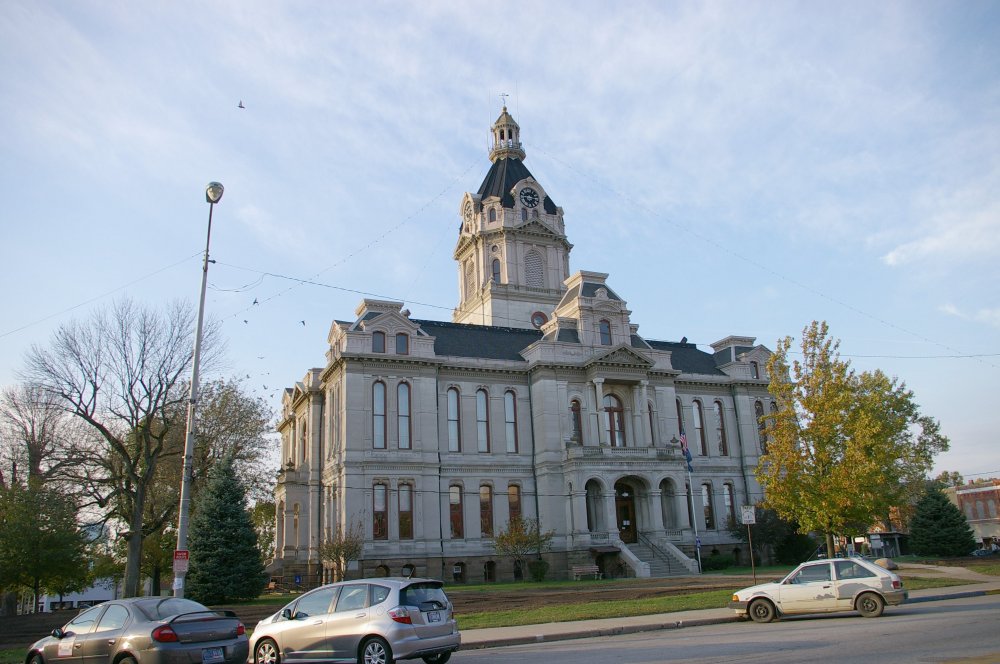 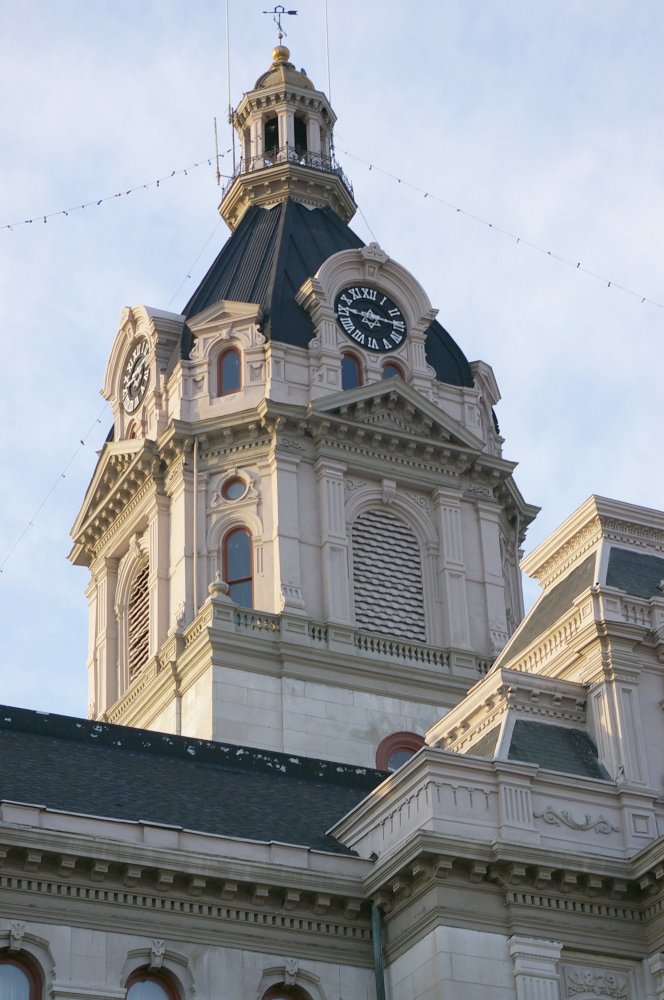 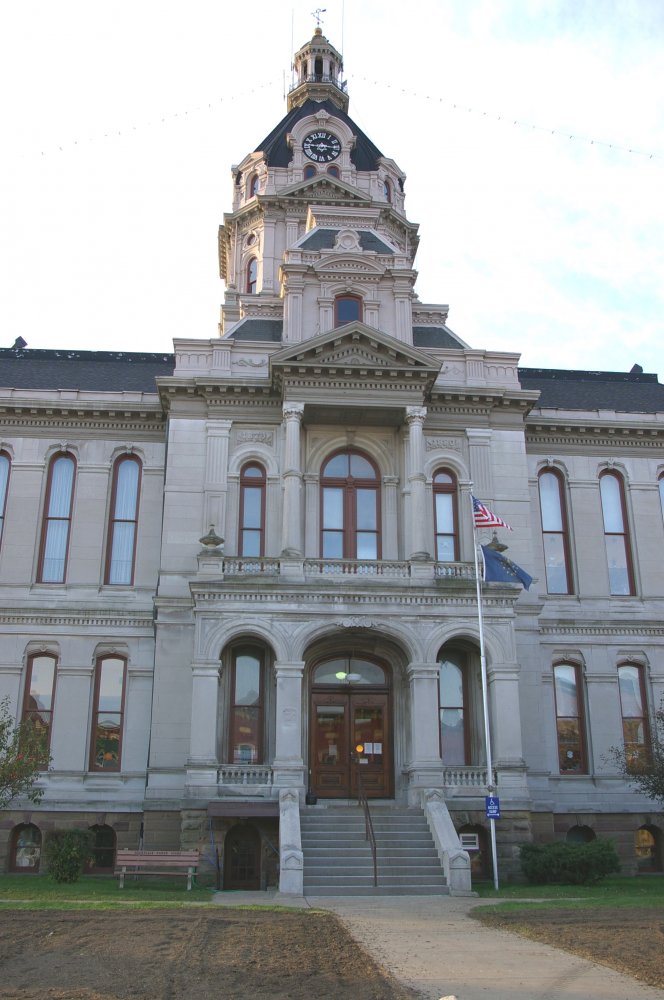 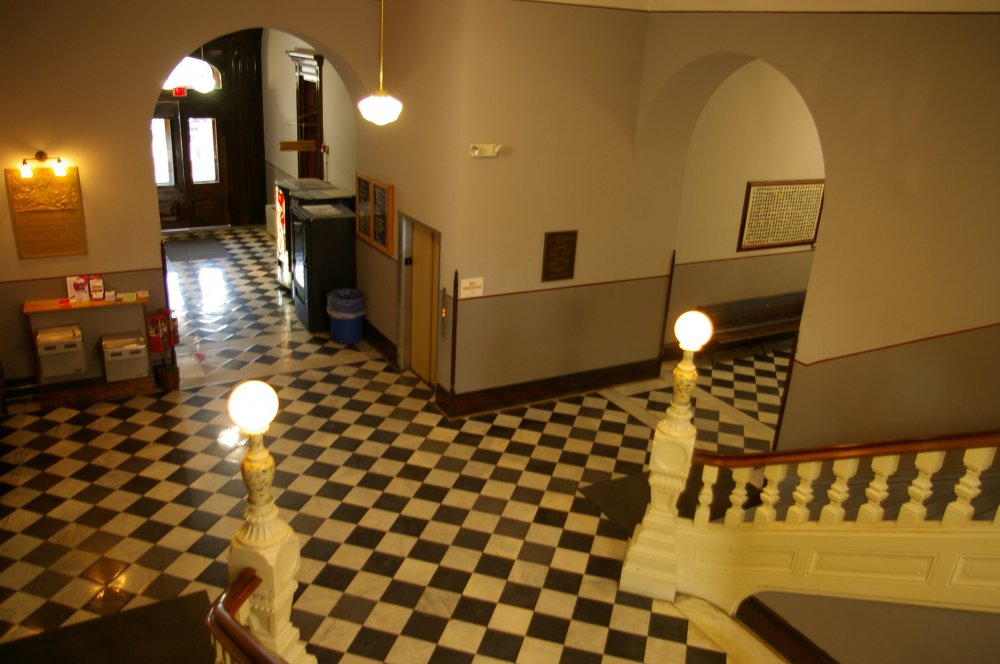 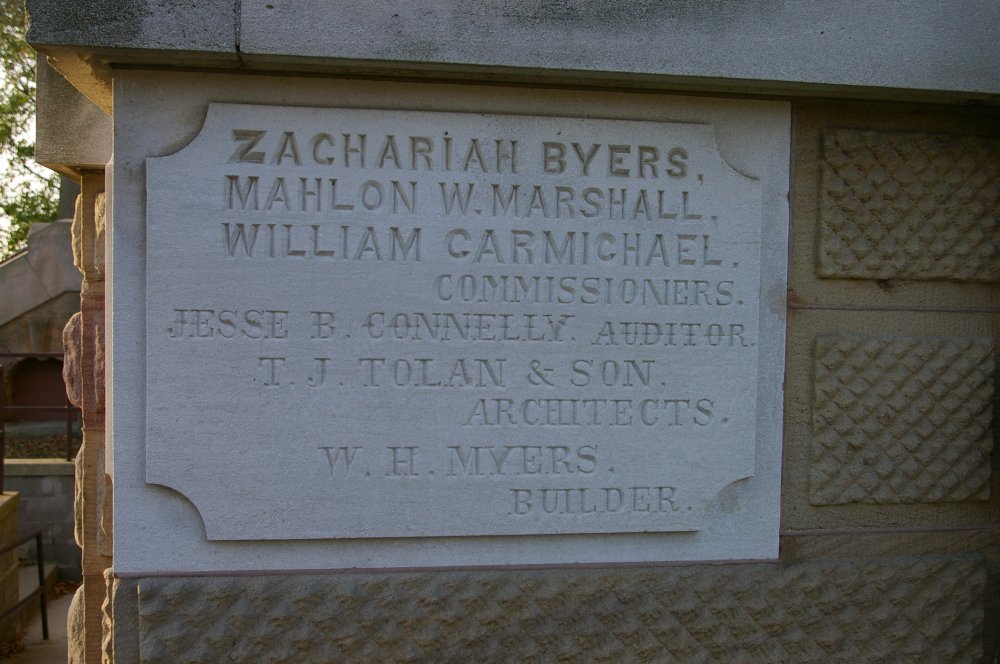 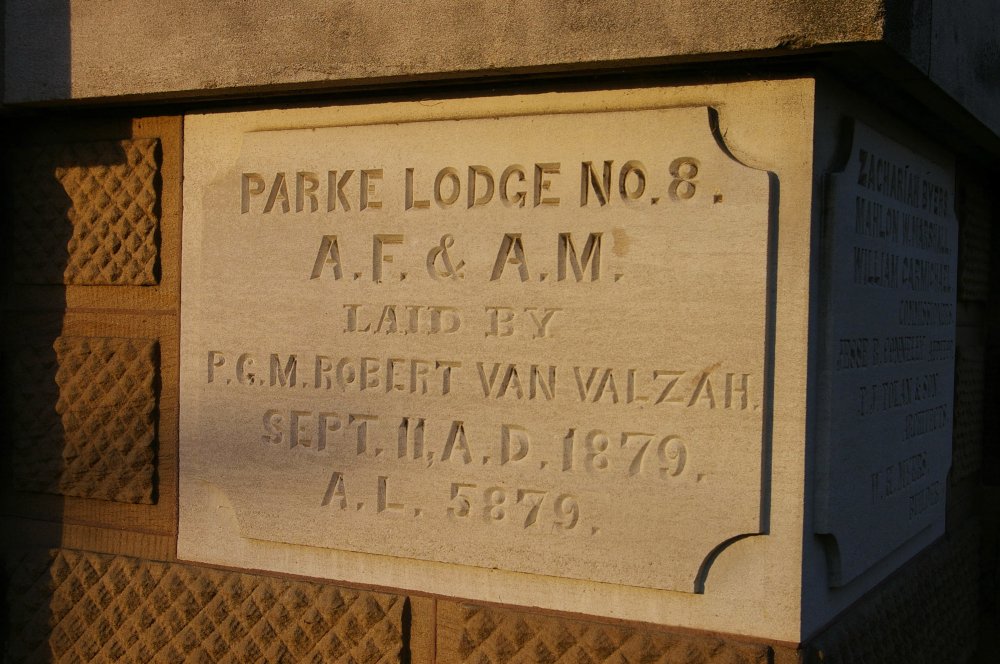 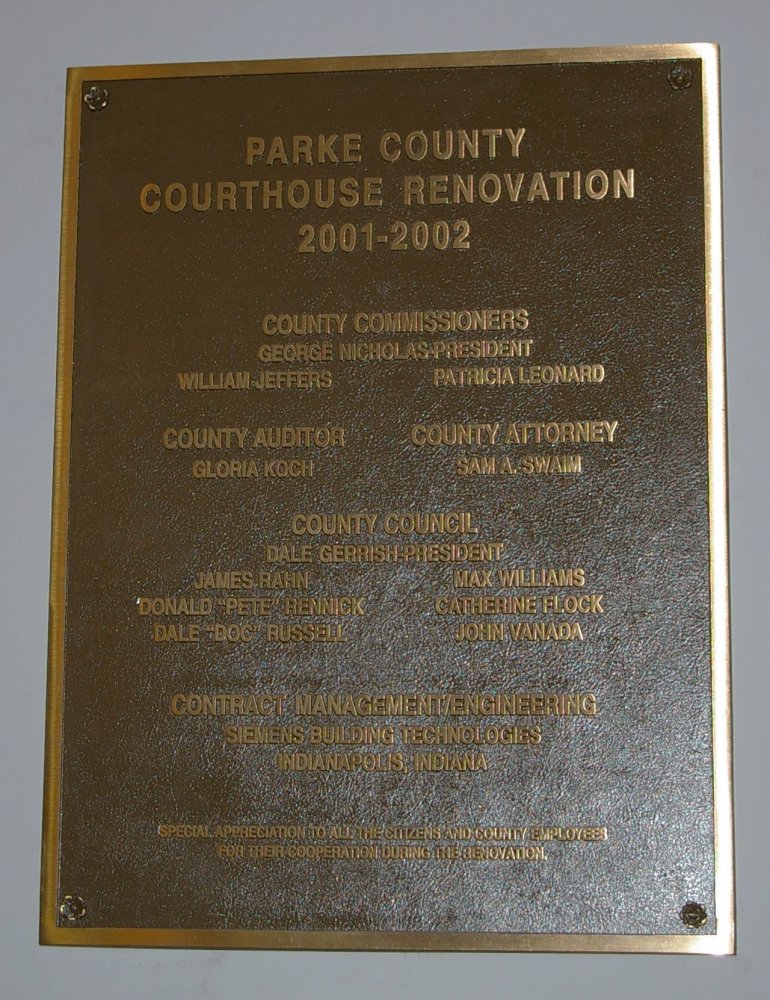