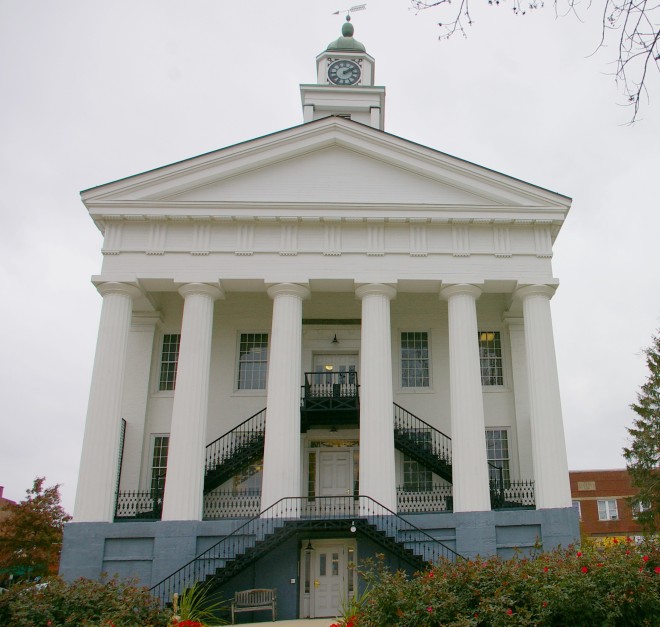 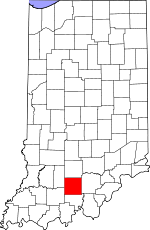 Contractor:  John Baker, Thomas U Thoraton and Arthur I Simpson

Description:  The building faces south and  is a two story white colored brick structure.  The rectangular shaped building is located on the landscaped grounds of the Courthouse Square in the center of Paoli. The building has a raised basement. The south portico is supported by six white colored fluted Doric columns rising to a pediment. In the portico, stairs ascend to the second story. On the roof is a tall white colored wood cupola with clock and small dome at the top. The courtroom is located on the second story. The building houses the County Circuit Court of the 24th Judicial District. Additions were added in 1855 and 1881. On August 26, 1970, fire damaged the building and restoration was completed in 1971. The architect was Stratton Hammon (Neal Hammon) of Louisville, Kentucky and the contractor was Lindsey’s Lumber & Builders Supply of French Lick. The building was renovated in 1994. The architect was The Odle McGuire & Shook Corporation of Bloomington and Indianapolis From 2008 to 2009, the building was renovated. The architect was DLZ Indians, LCC and James T Kienle & Associates and the contractor was Lindsey’s Construction.

Note:  Specifications were prepared and a Court House Committee was appointed, as follows: A J Simpson, John Baker, John H Campbell, Thomas V Thornton and John A Ritter. Arrangements were soon completed. Andrew L Burke was given the contract to make the bricks at $7.50 per 1,000, or $10 per 1,000 for those necessary in the columns. Michael Ombaker seems to have had the contract to lay the brick. The stone work of the foundation was laid for $1.25 per perch. The wood work was done by William Harman. 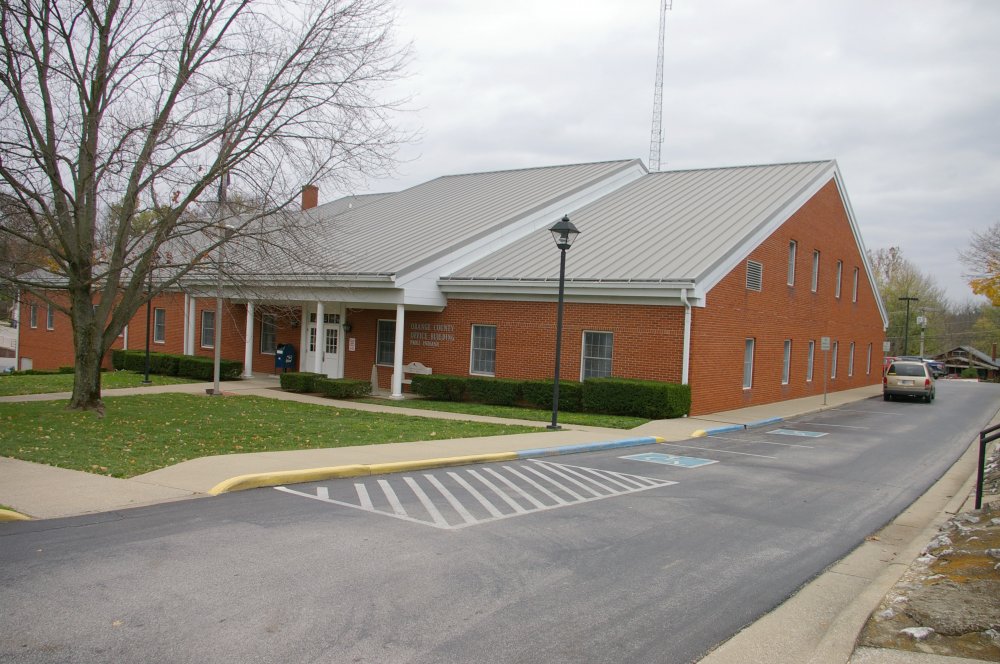 Description:  The building faces north and is a two story red colored brick  structure.  The building is located on landscaped grounds in the center of Paoli to the east of the courthouse. The entrance on the north side is on the second story which is at ground level with the hill descending to the east. The building houses County offices and the building houses the County Superior Court of the 24th Judicial District. 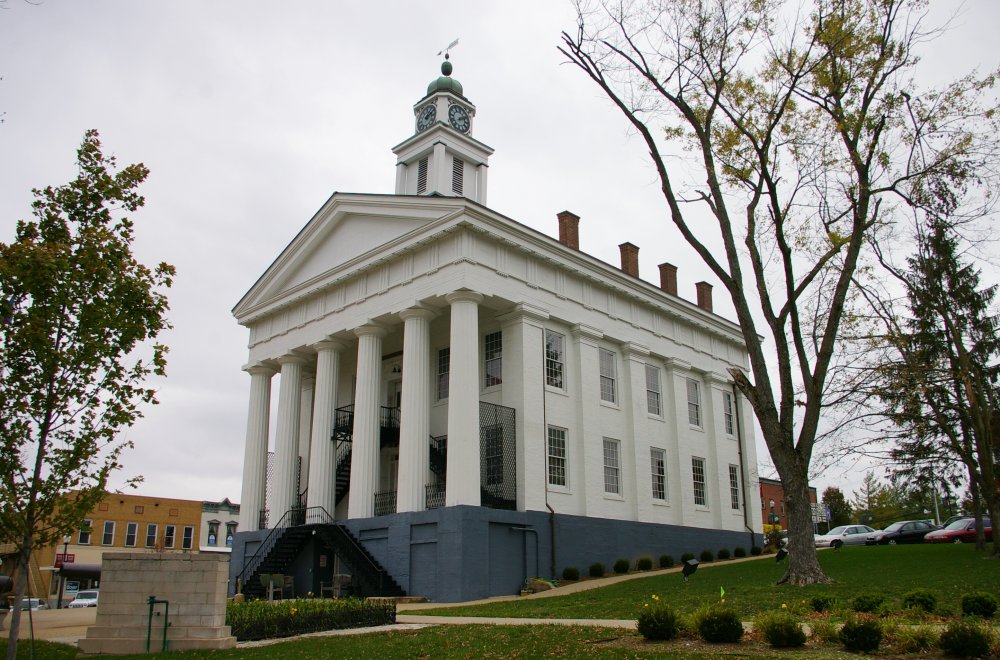 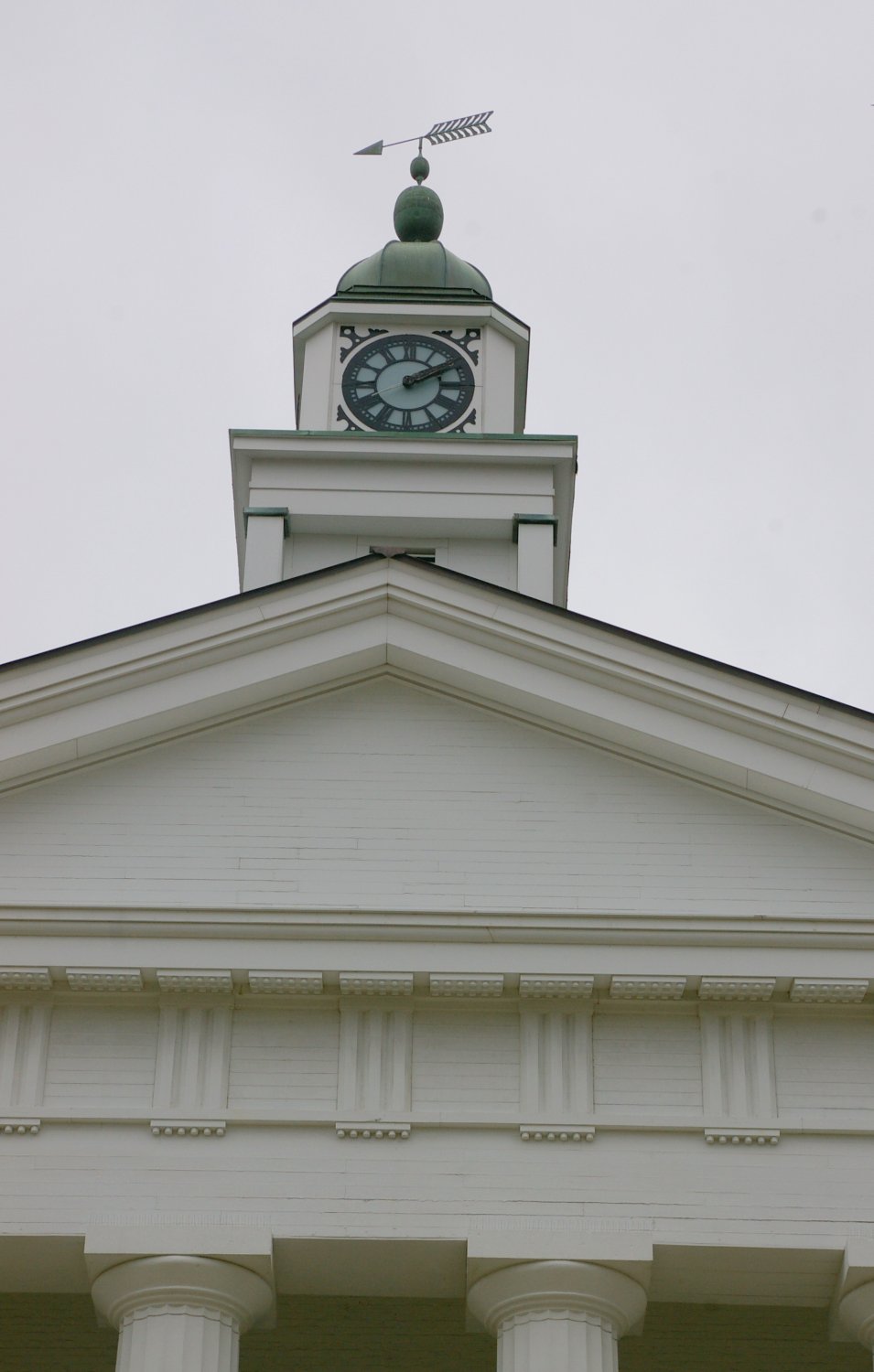 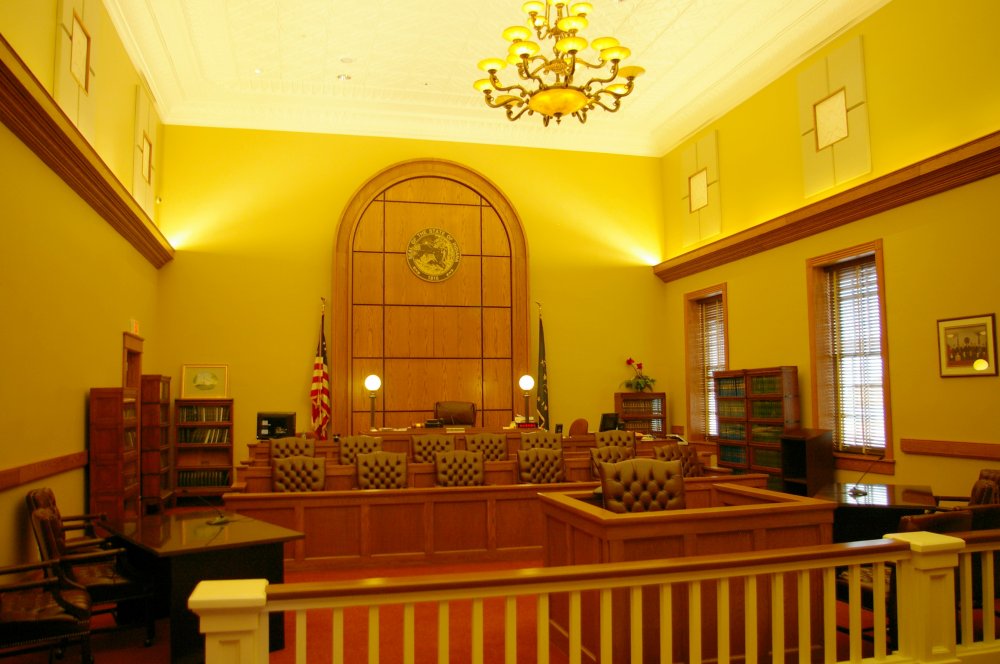 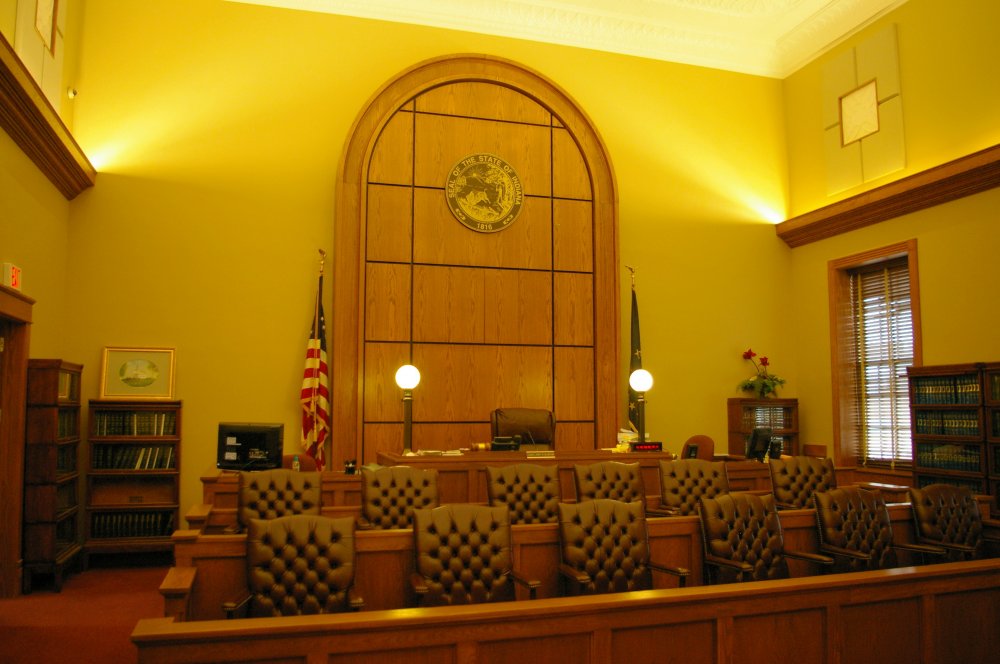 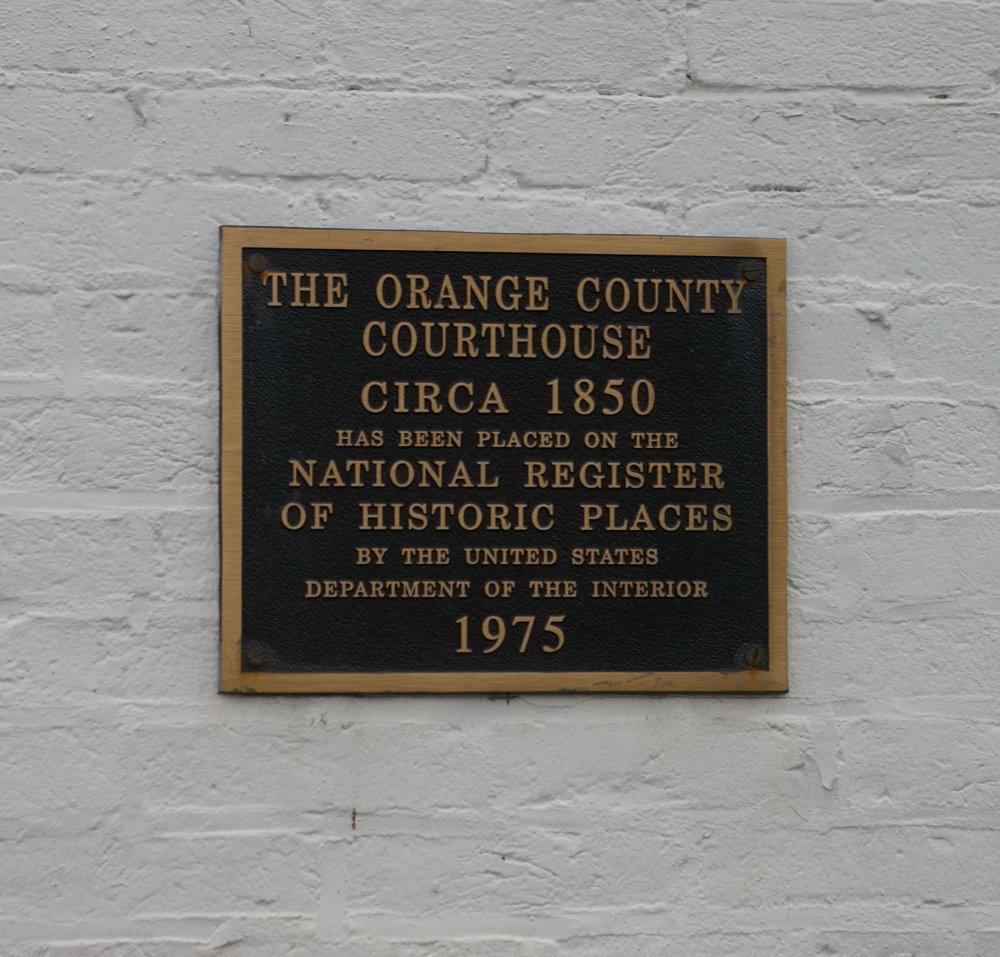 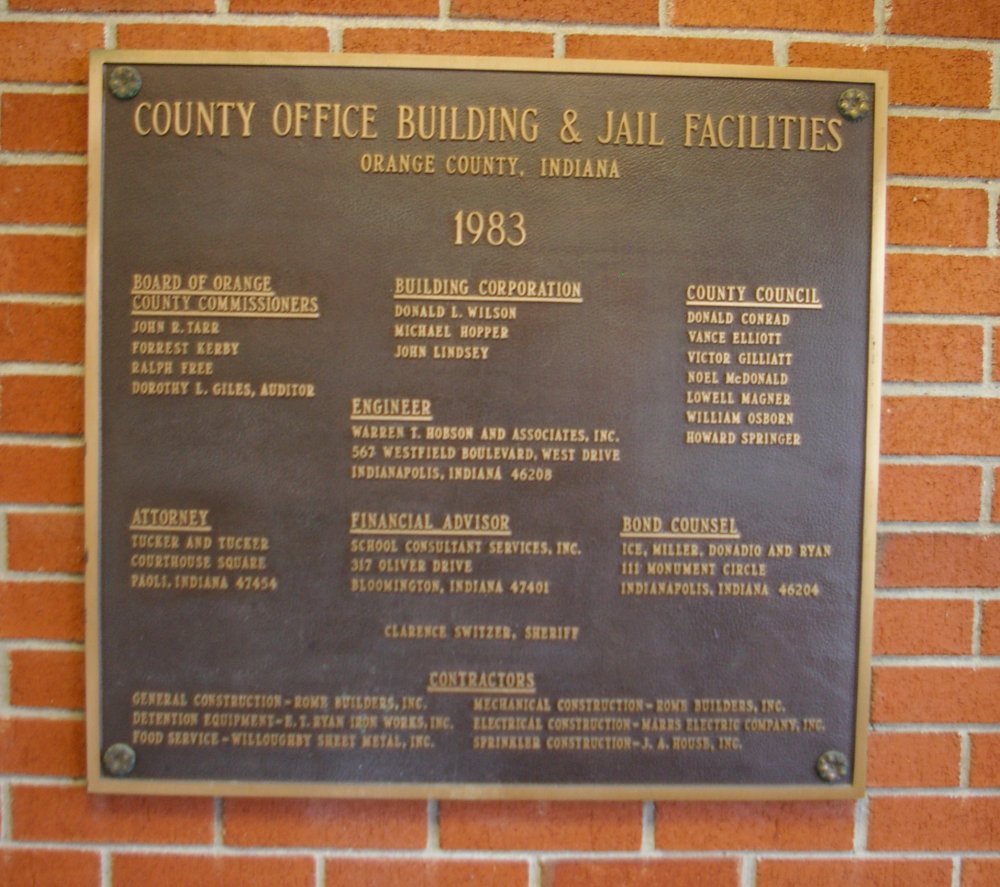