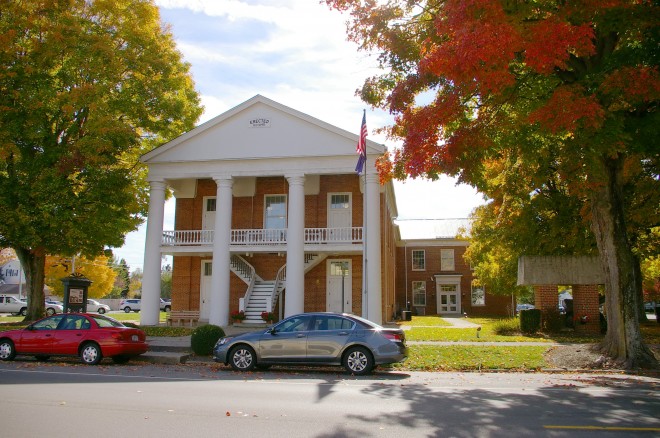 Ohio County is named for the Ohio River which flows along the eastern edge of the county, and which river was named for the Iroquois word meaning “beautiful river”. 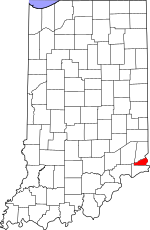 Description:  The building faces north and is a two story red colored brick and white wood structure. The building is located on the landscaped grounds of the Courthouse Square in the center of Rising Sun. The north front has a large portico supported by four large white colored columns which support a wide pediment at the roof line. A balcony is along the second story of the portico with stairs along the center which become dual stairs at the mid landing. The roof is hipped. In the interior, the courtroom is located on north side of the second story. The building houses the County Circuit Court of the 22nd Judicial District. Along the south side is the new two story red colored brick and concrete County Annex built in 2002. The roof line is flat. The architect was Preservation Architecture Services Team and the contractor was Pool Group Inc.

Note:  The Commissioner Minutes from 1844 are missing and it is presumed that the minutes were lost when the Recorder’s Office was destroyed by fire in 1885.  The building was constructed by local labor under the supervision of Colonel Abel C Pepper who donated the land. 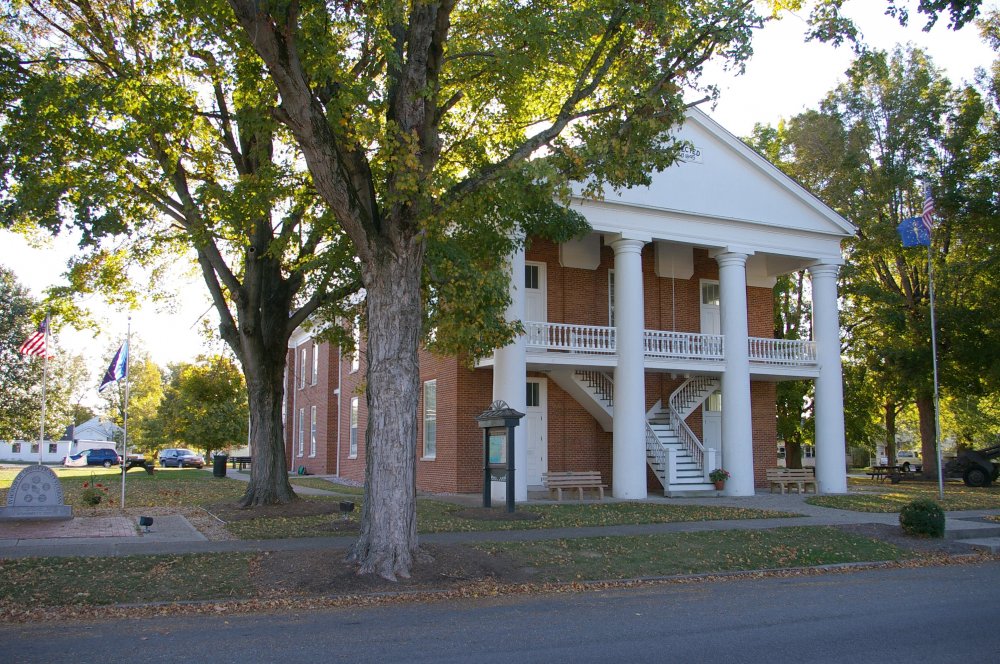 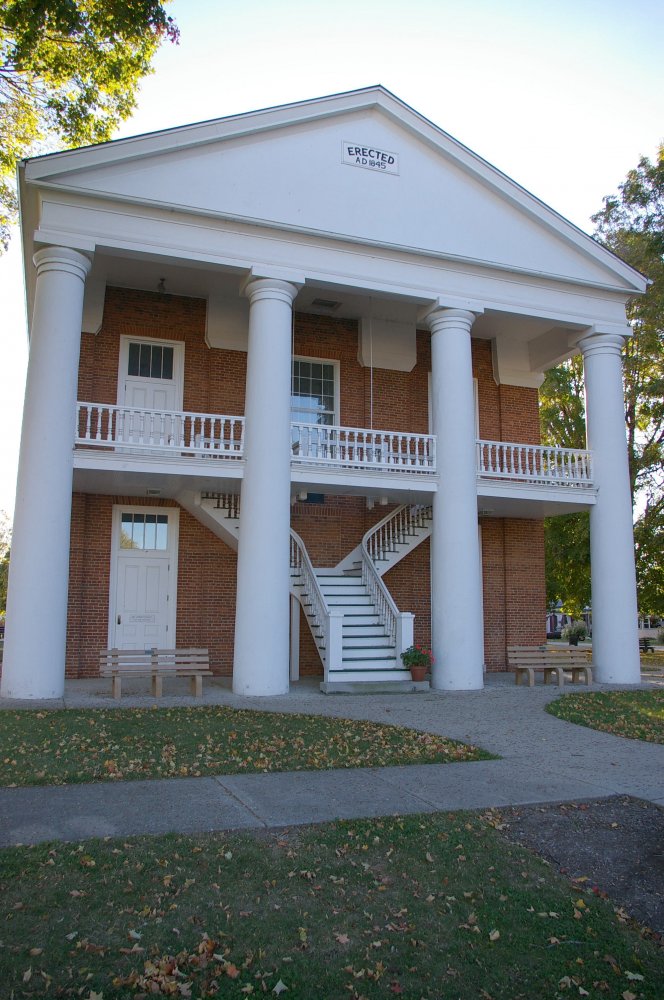 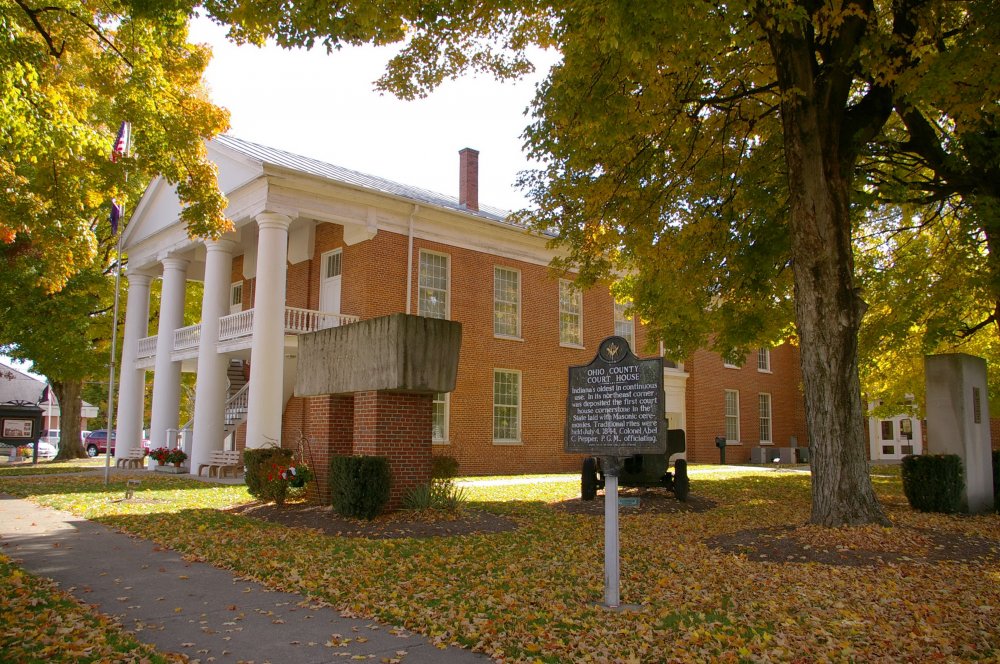 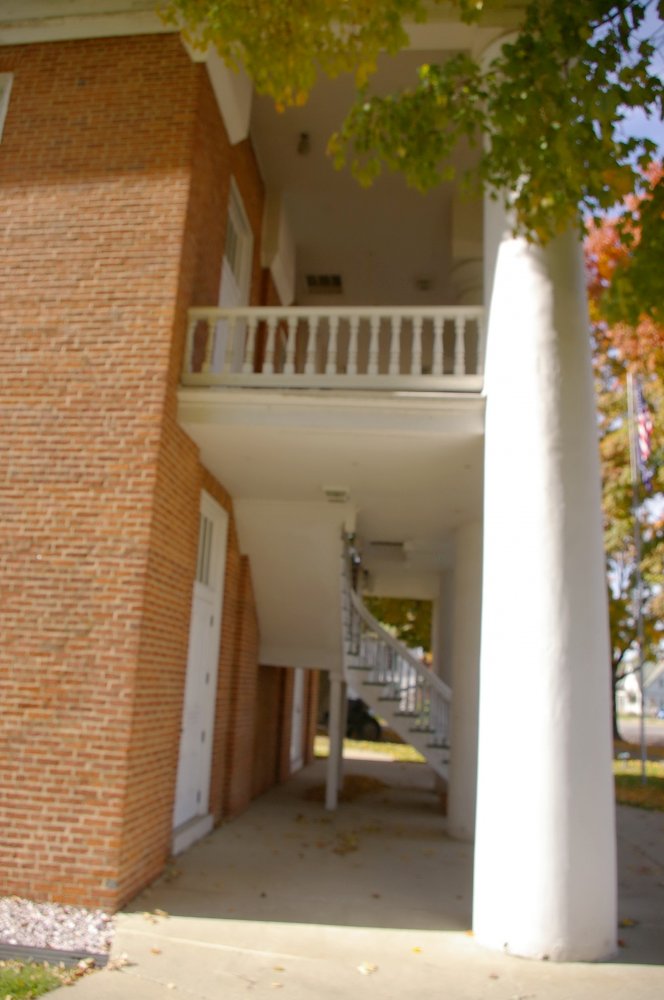 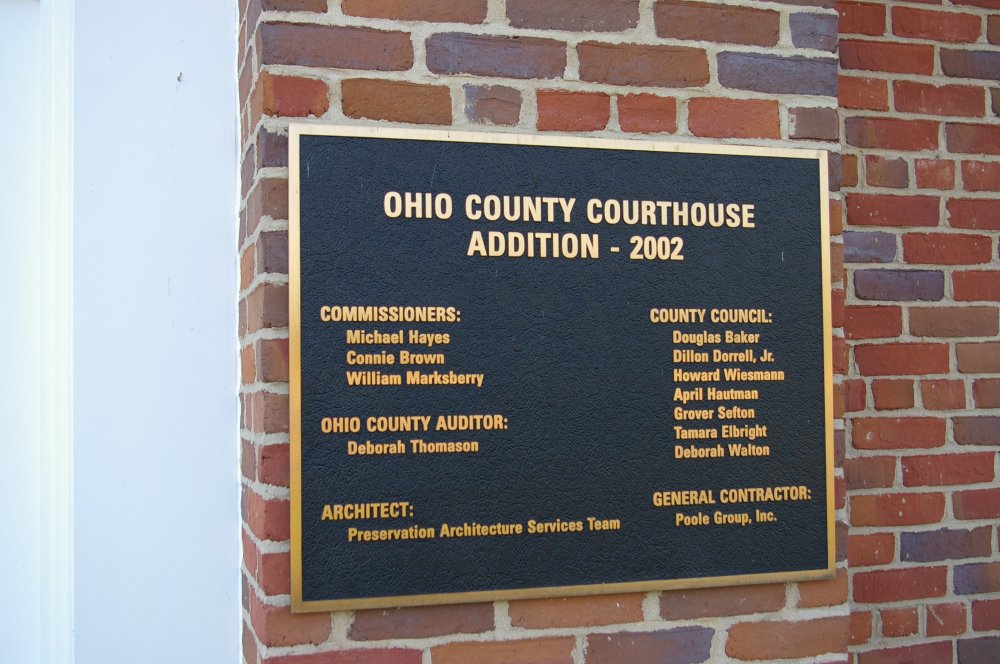 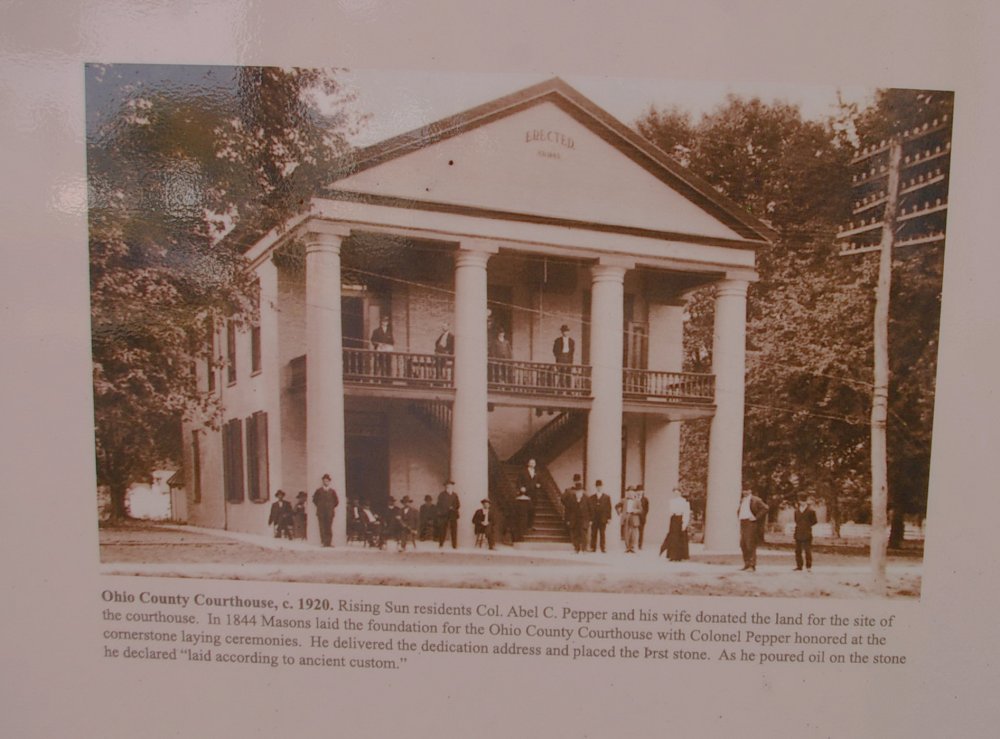