Miami County is named for the Miami Native American tribe who resided in the area.

Description:  The building faces southwest and is a three story buff colored stone structure. The central portico has four large columns rising from the second story to the top of the third story. Above is a pediment with clock and rising above the roof line. The second story windows are arched. A protruding cornice runs below the roof line. On the center of the roof is a large low dome with skylight.

Note:  The previous courthouse was designed by Issac Hodgson and constructed by Nathan Crawford in 1858. 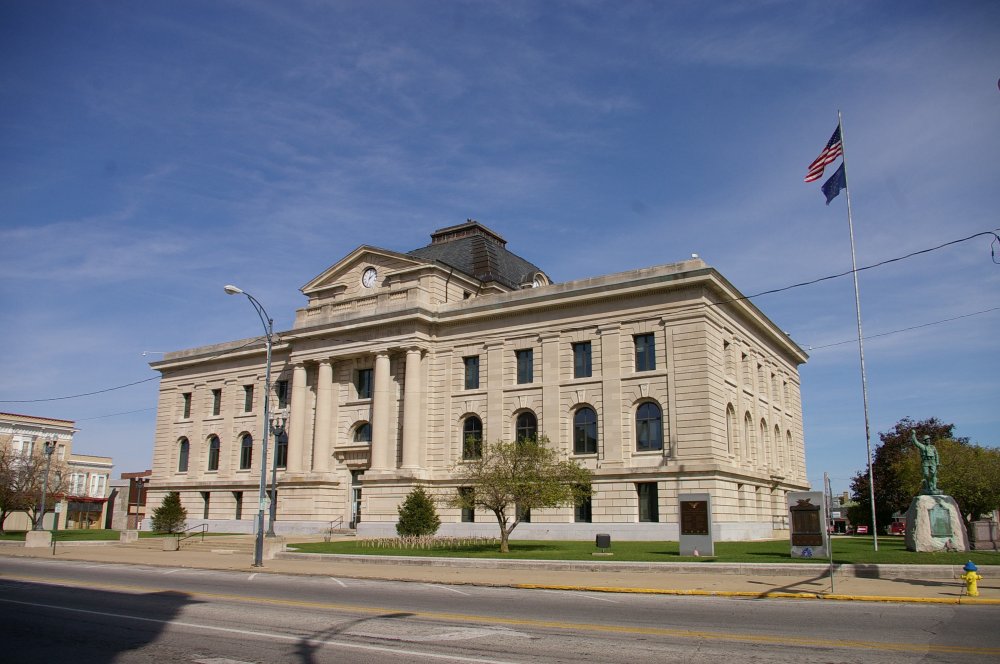 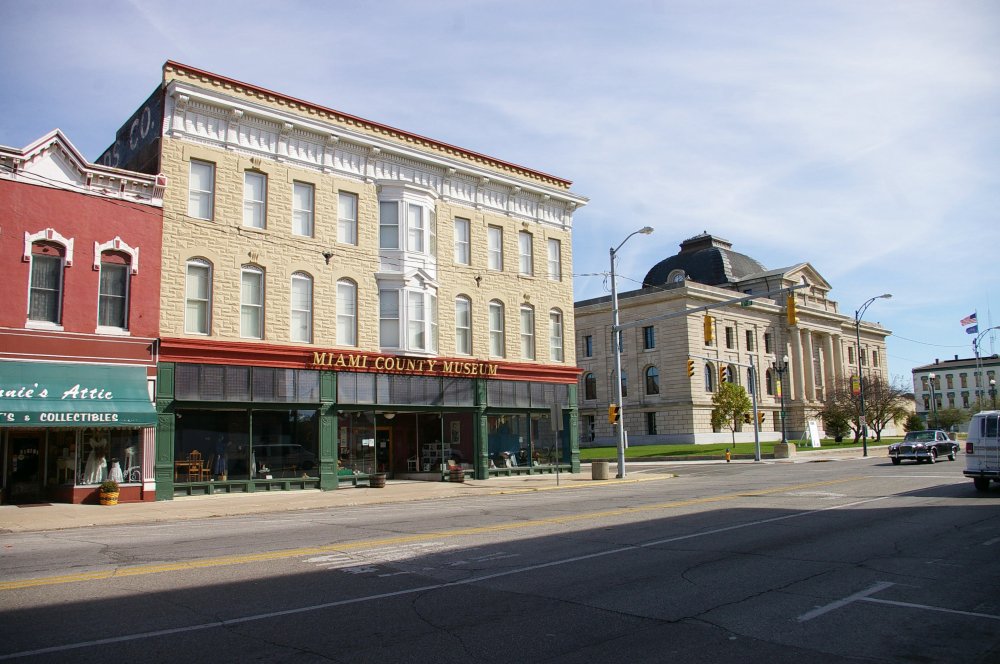