Martin County is named for John T Martin, who was from Newport, Kentucky 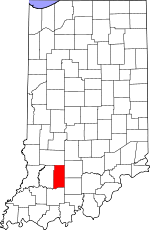 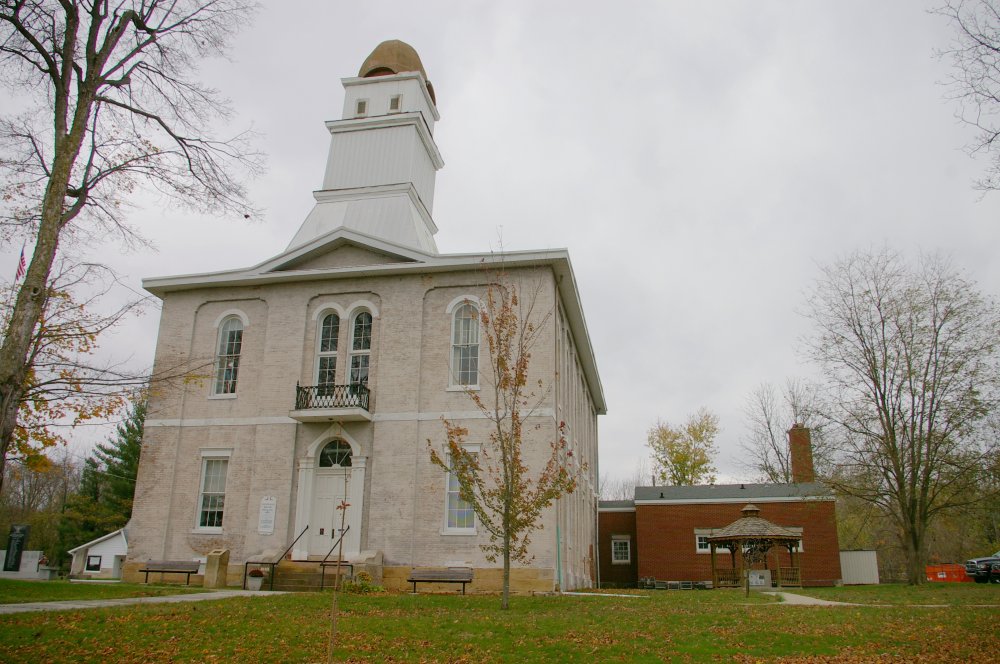 Description: The building faces south and is a two story white-gray colored brick, stucco and wood structure. The building is located on spacious landscaped grounds in the center of West Shoals. The south front has an arched entrance on the first story with a small balcony above on the second story. The second story windows are arched. A limestone stringcourse continues around the entire building and visually separates the first and second stories. At the front of the roof is a large square cupola which rises in tiers to a dome at the top. The building has a shallow-pitched gable roof and has a sandstone foundation The building now houses the Martin County Historical Museum. 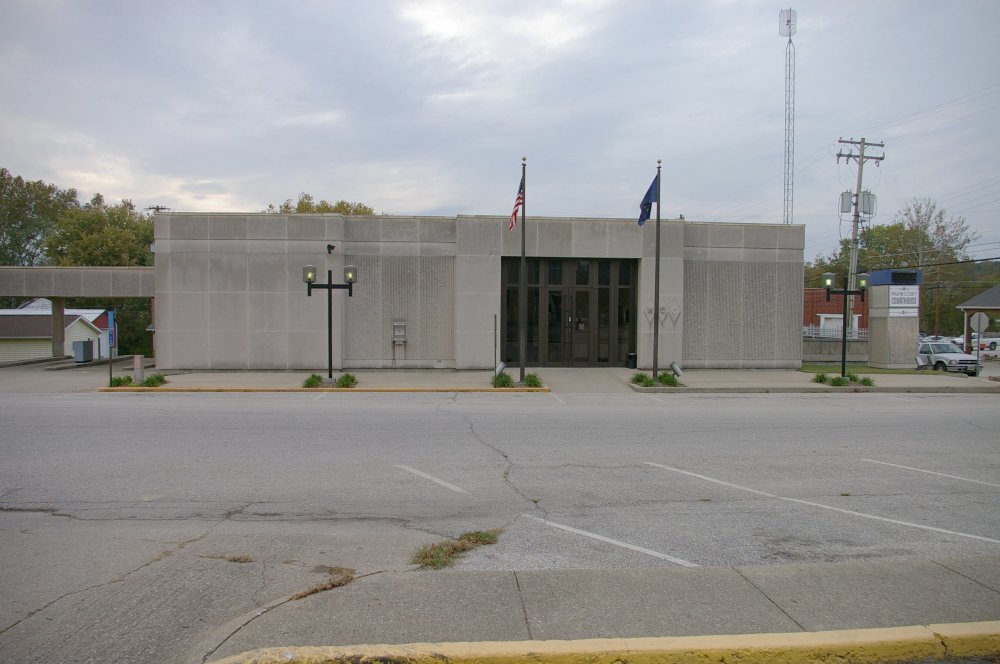 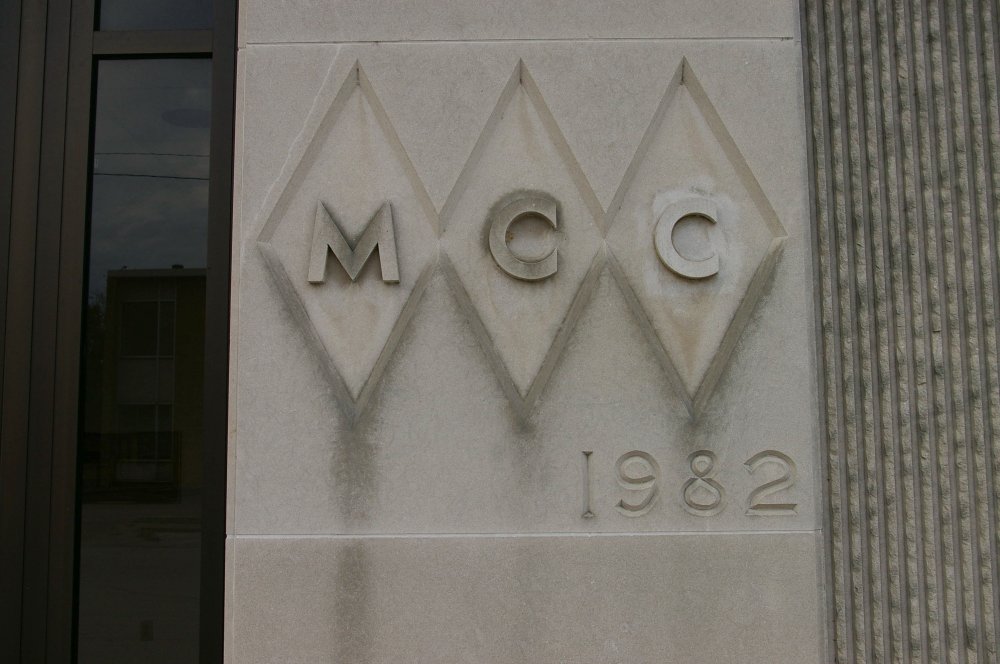 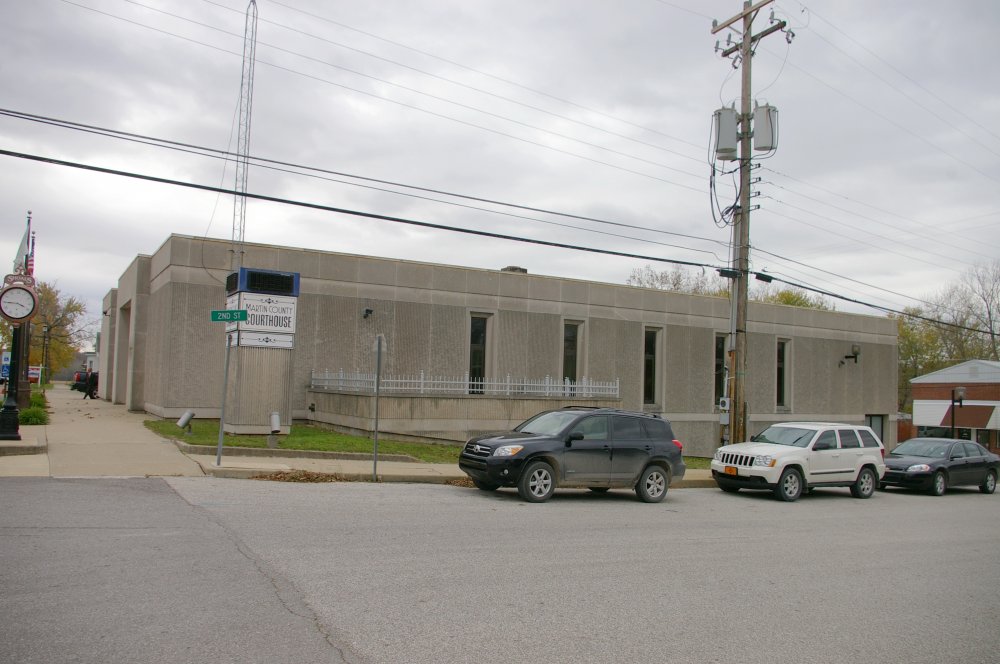 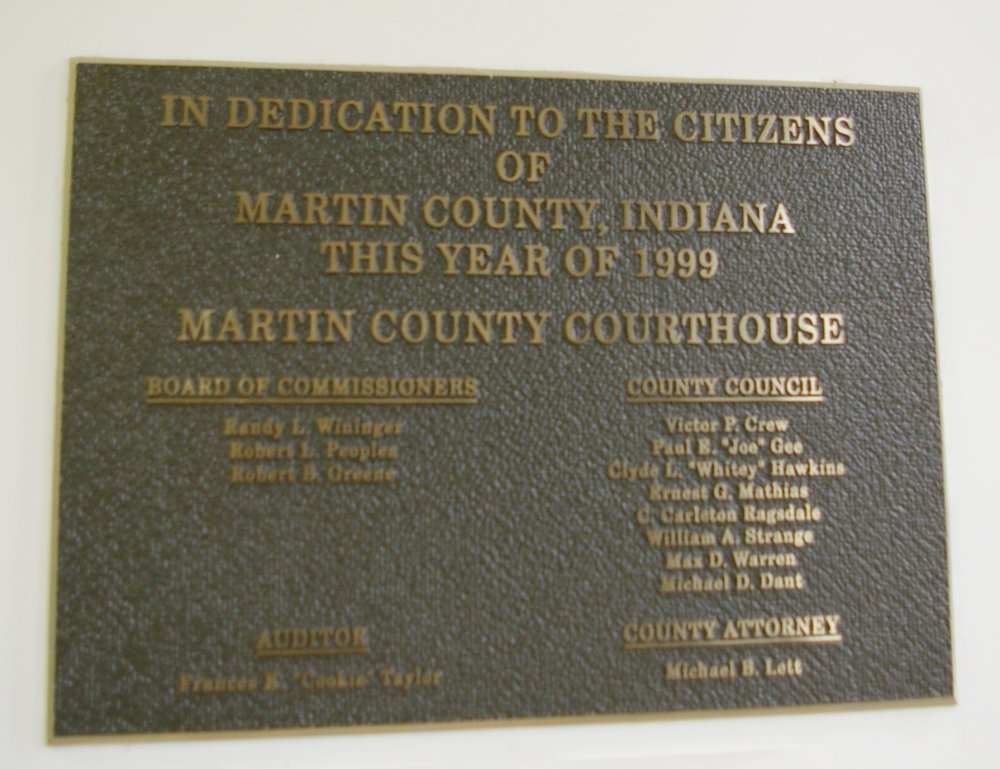 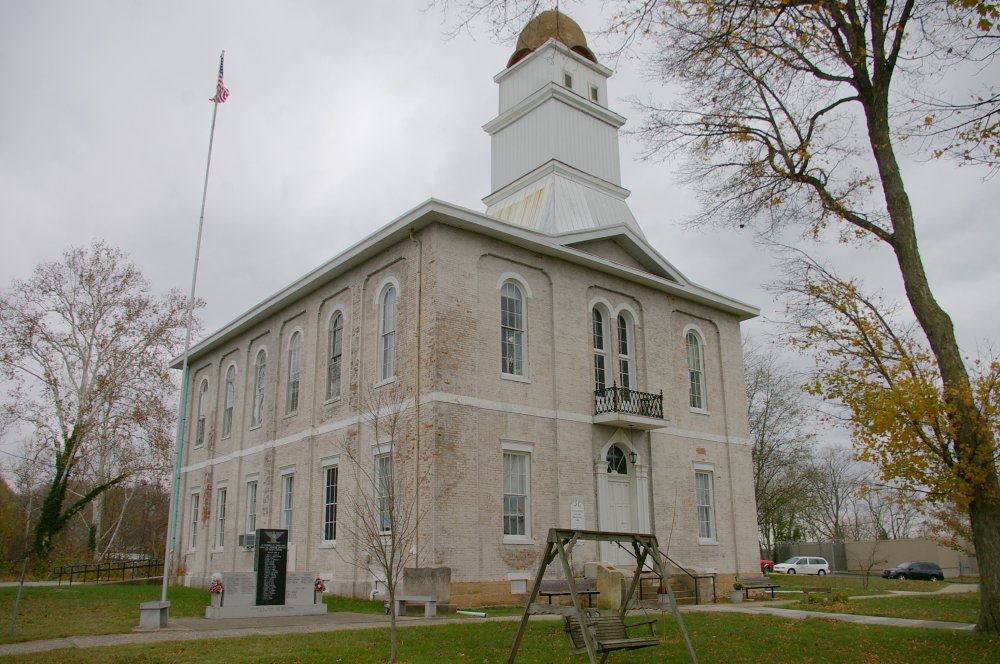 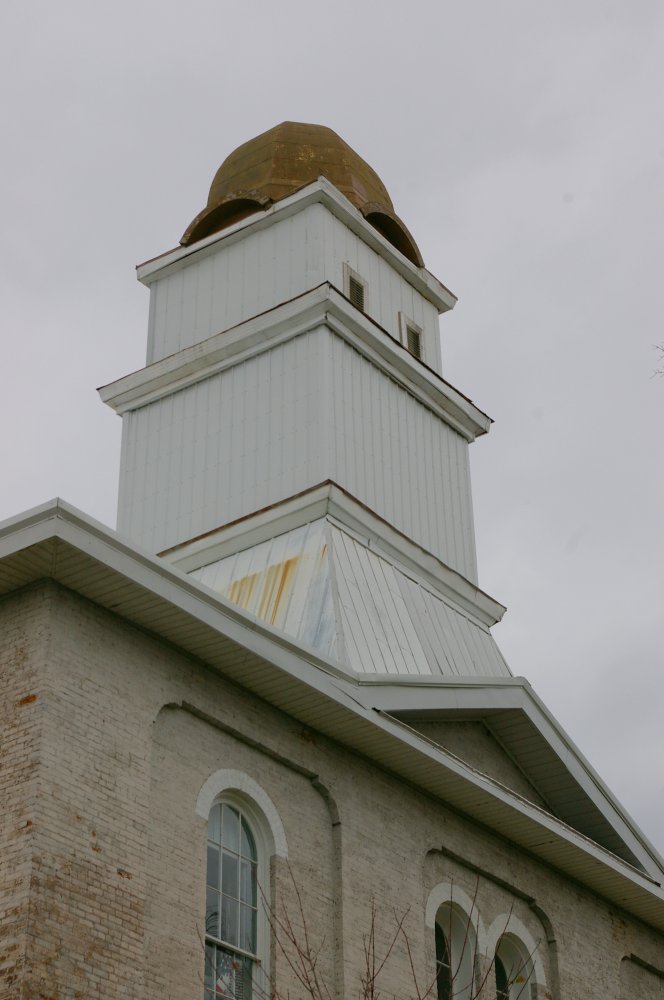 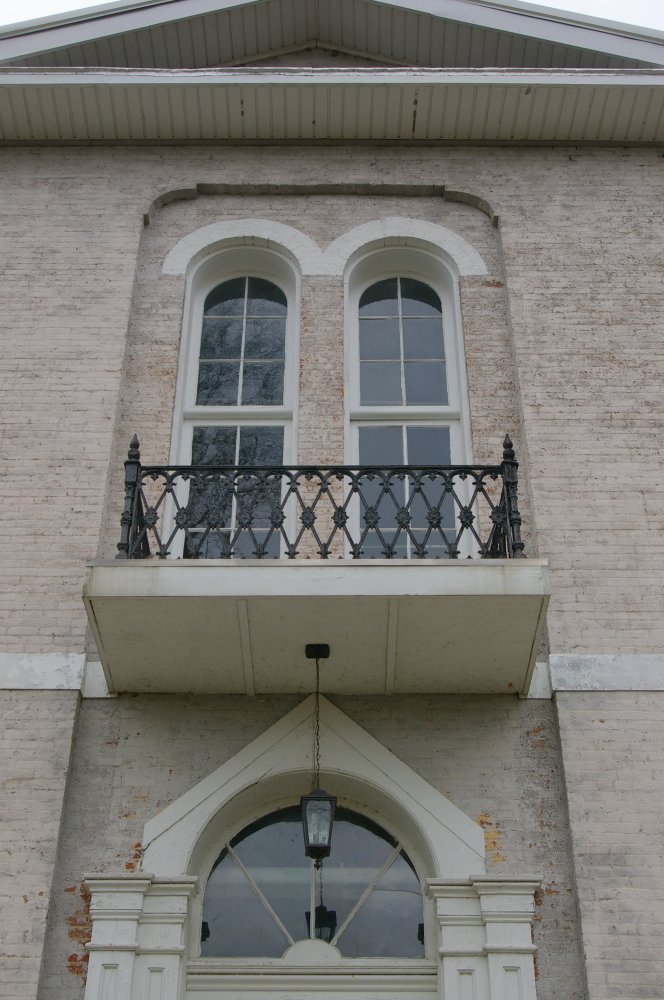 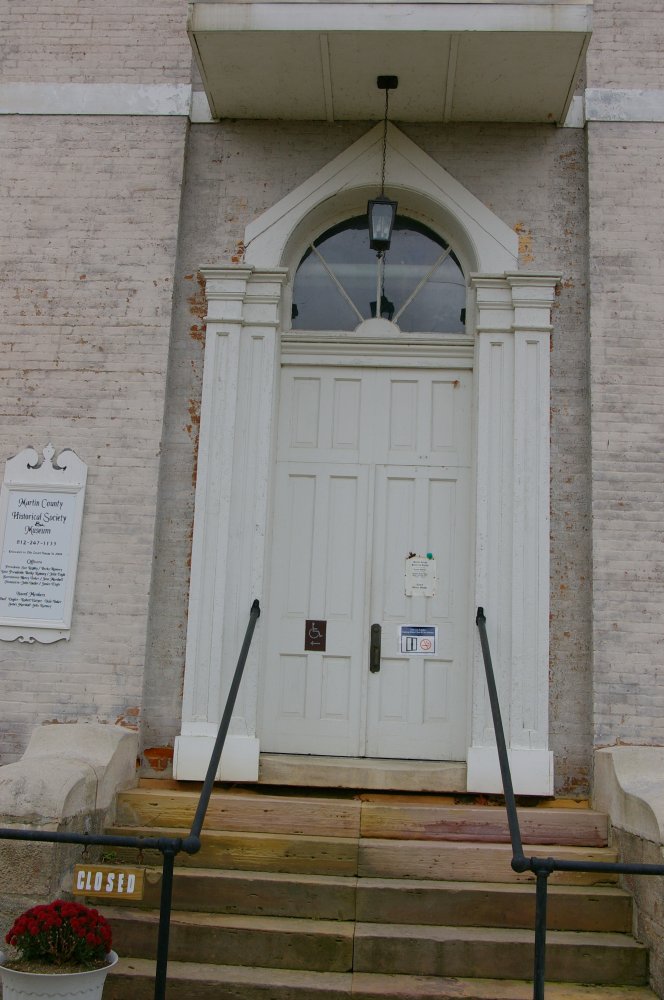 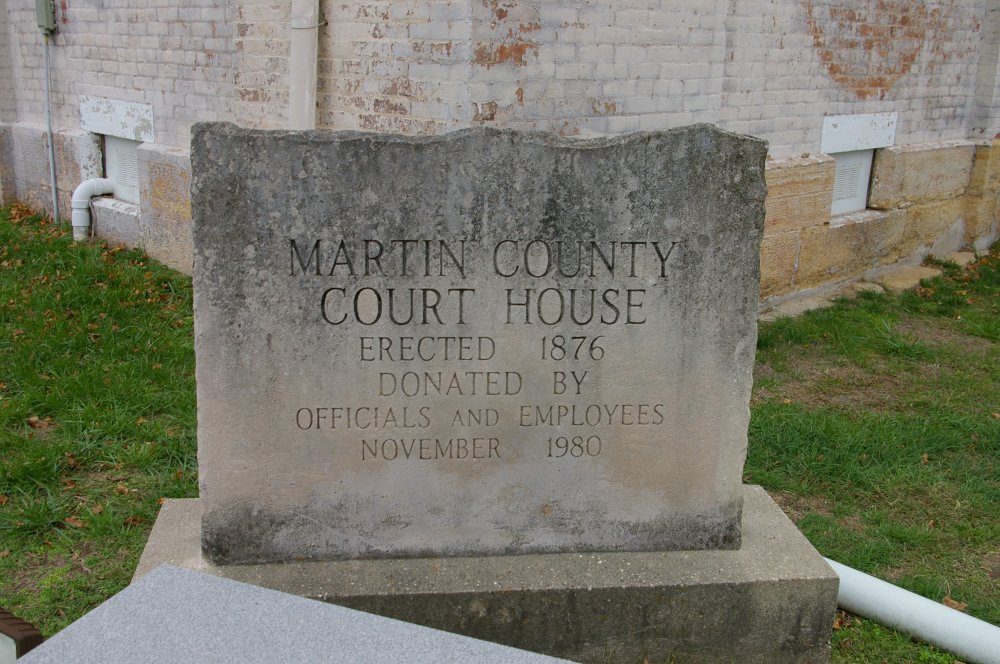