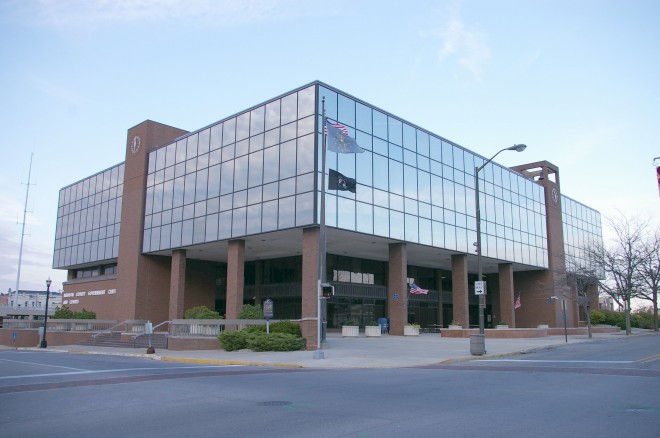 Description:  The building faces south and is a four story glass, concrete and red colored brick structure. The building is located on landscaped grounds in the center of Anderson. The first and second stories are recessed on the south side with brick pillars supporting the projecting upper stories. Glass walls cover the third and fourth stories. Square red colored brick towers rise at the center of each side and have a clock at the top. The roof line is flat. The building houses the County Circuit Court and County Superior Court of the 14th Judicial District. The building is named as the Madison County Government Center. The building was remodeled in 1983 and glass panels were installed on the upper section of the building. 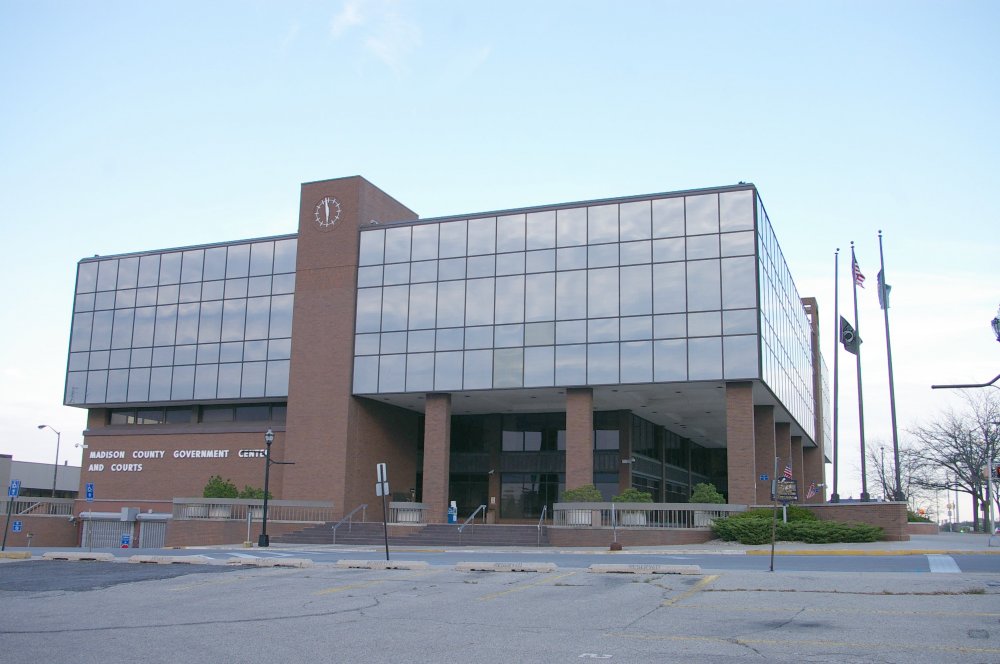 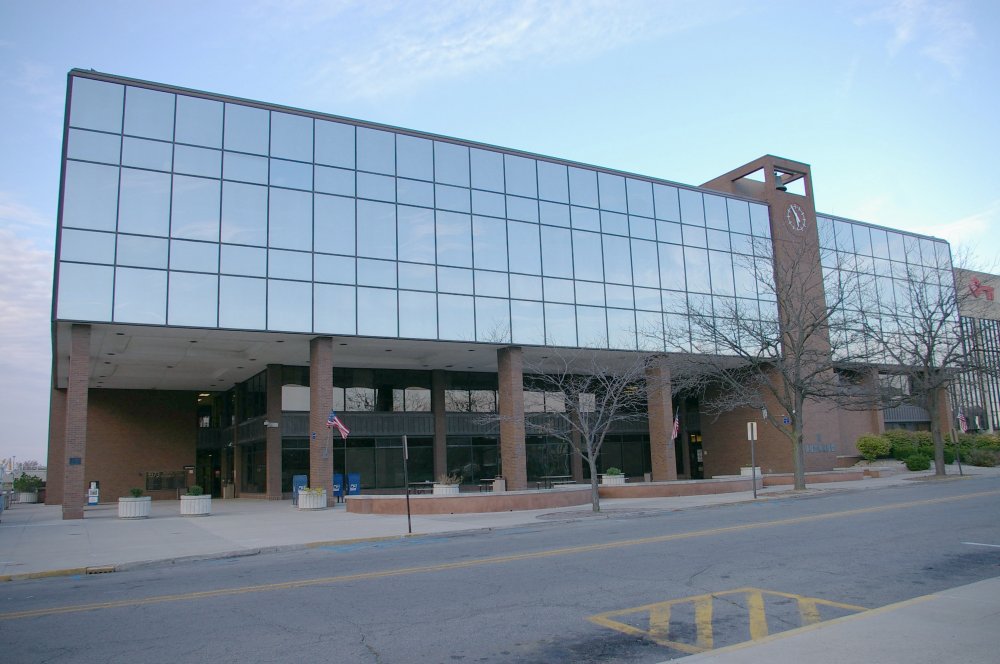 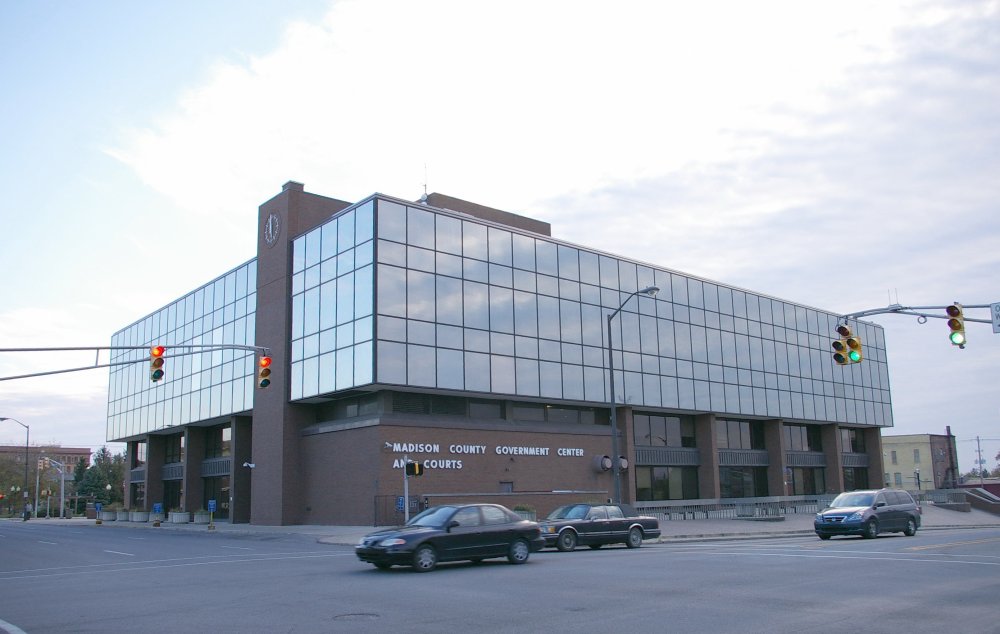 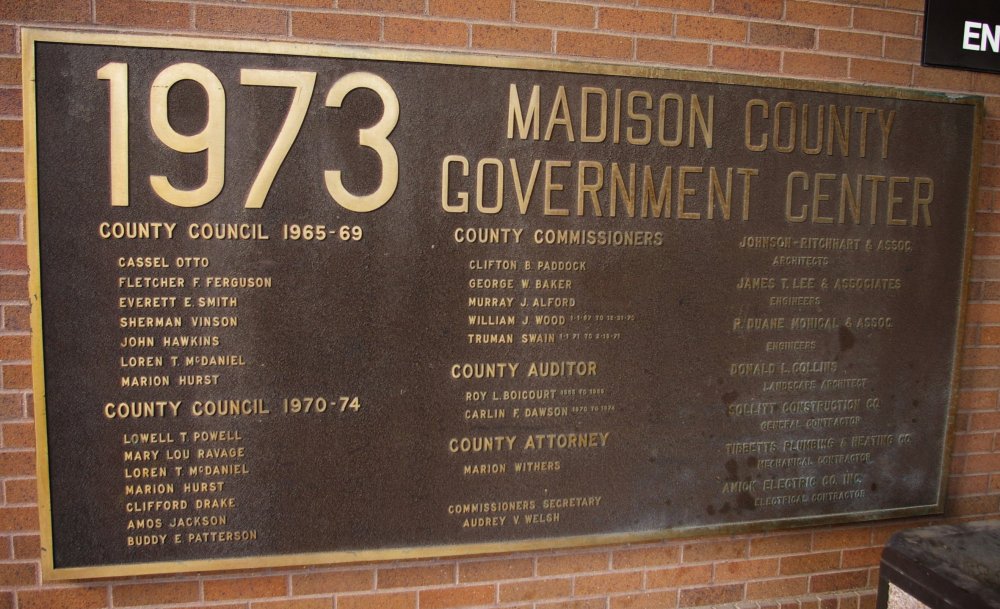 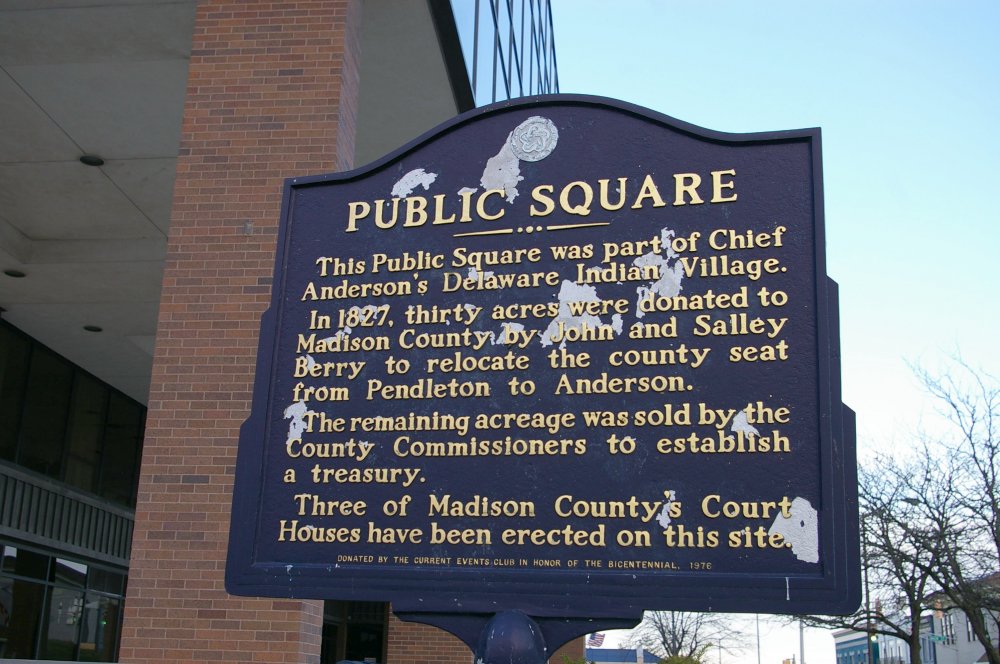