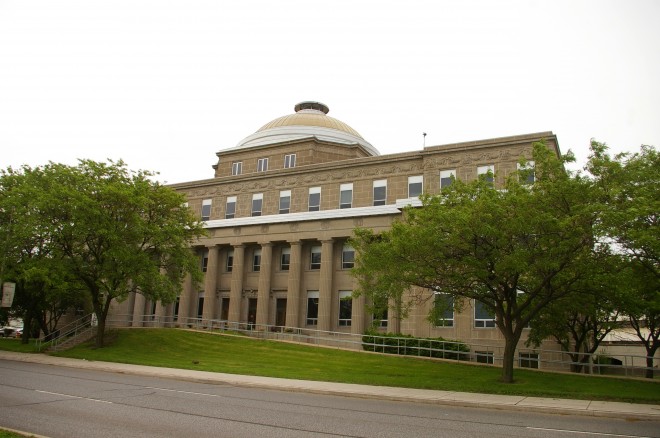 Description:  The building faces north and is a four story gray colored stone and concrete structure. The building is located on landscaped grounds. The north front has ten columns rising to a header at the top of the second story. The east and west corners project and are two stories. The upper stories are recessed. On the center of the flat roof is a large gold colored dome on a stone base. The building is named as the Justice Robert D Rucker Superior Courthouse.

See:  The Lake County courthouse is located in Crown Point. 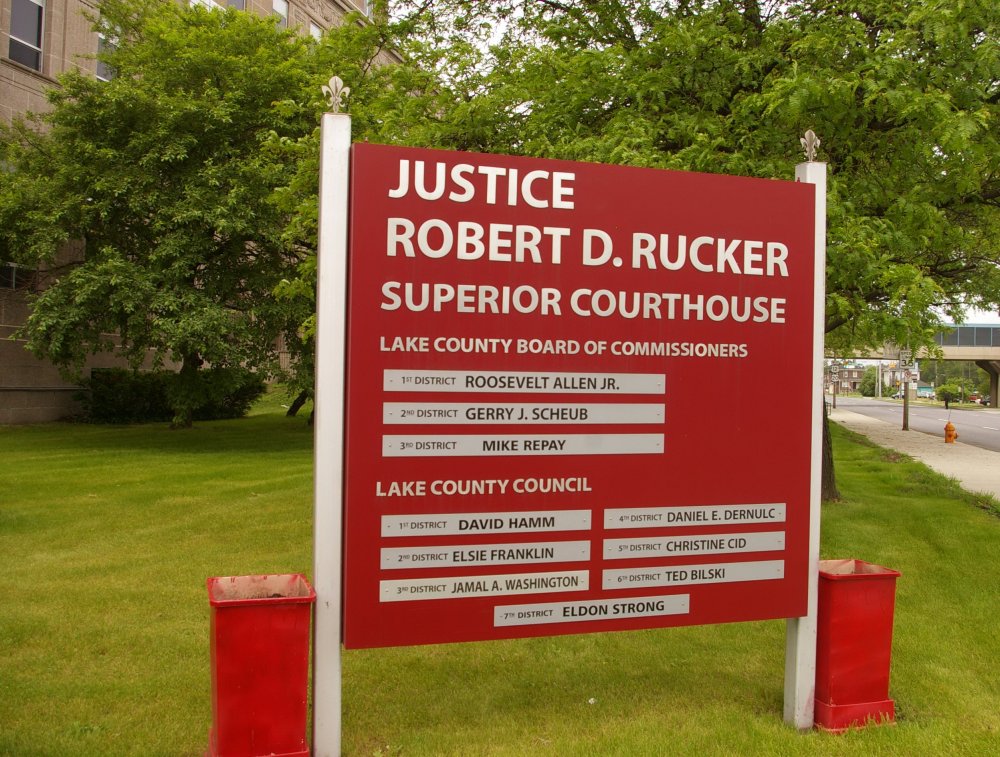 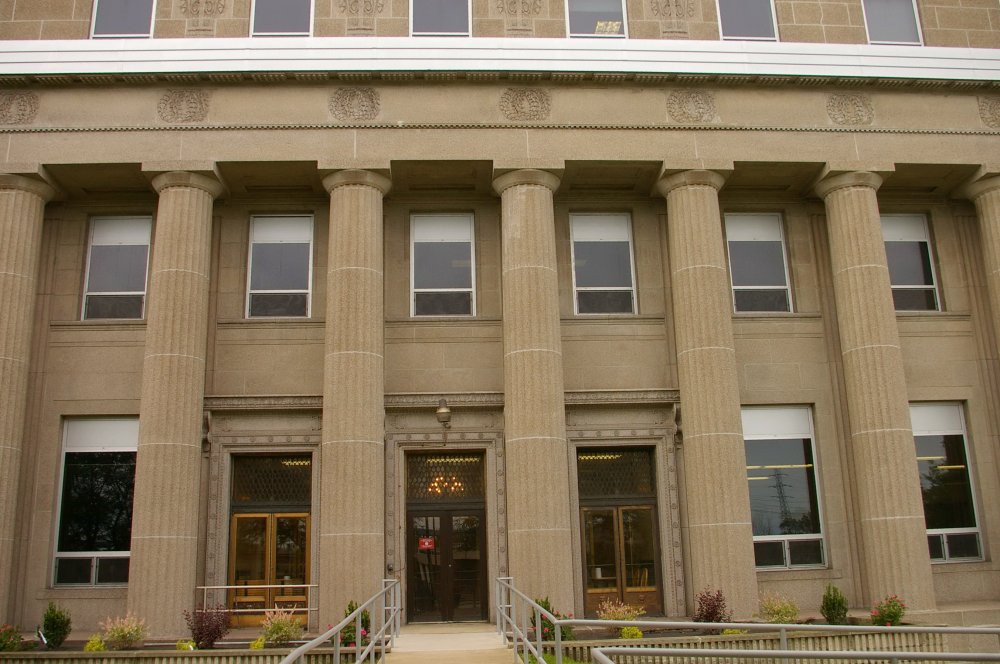 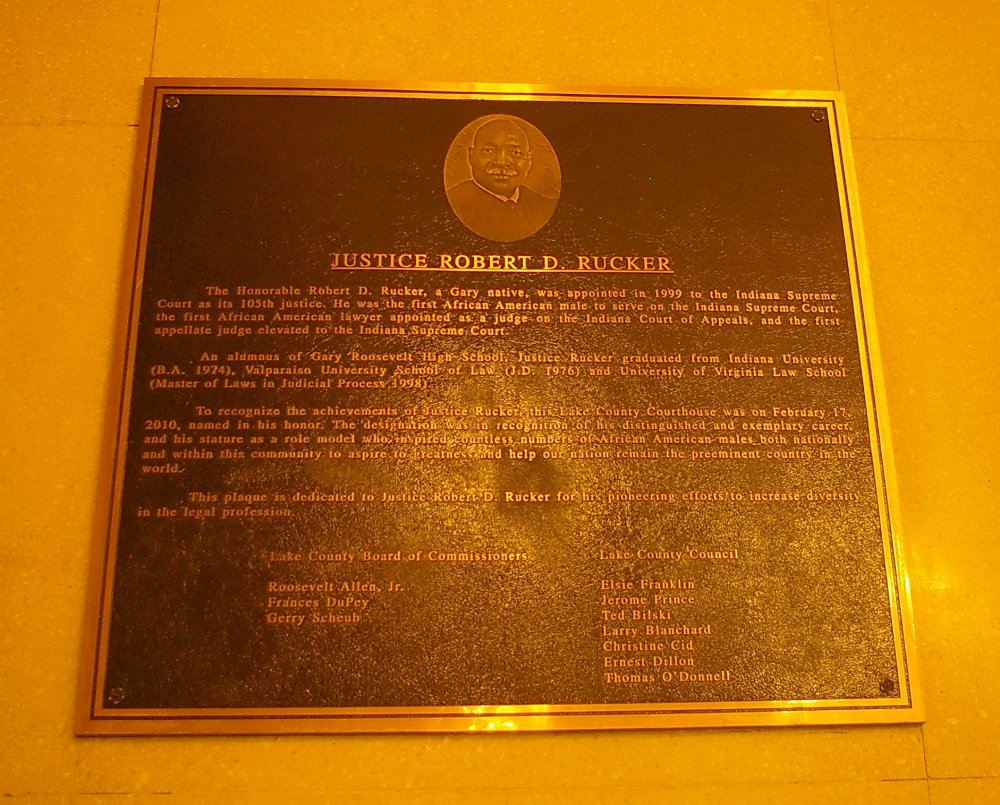