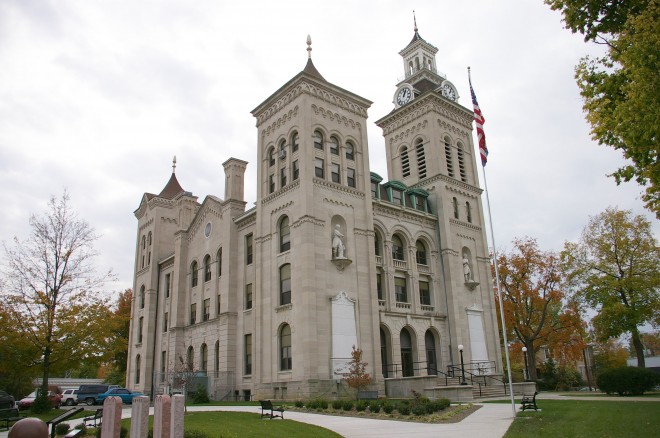 Knox County is named for Henry Knox, who was a general and the United States Secretary of War.

Architect:  Edwin May and Adolf Scherrer of Indianapolis

Description:  The building faces north and is a three story cream colored limestone structure. The building is located on the landscaped grounds of the Courthouse Square in the center of Vincennes. The north front has three arches on the first story with arched balconies on the second and third stories. The walls are elaborately carved and ornamented with marble statues in appropriate niches, representing General George Rogers Clark, the Goddess of Liberty and a Federal soldier, and also two monumental tablets of marble on the front of the building. On the northwest corner is a high square tower with clock and square cupola at the top. On the other corners are shorter square towers with small arched windows and each tower has a different design.. The building houses the County Circuit Court and the County Superior Court of the 25th Judicial District. 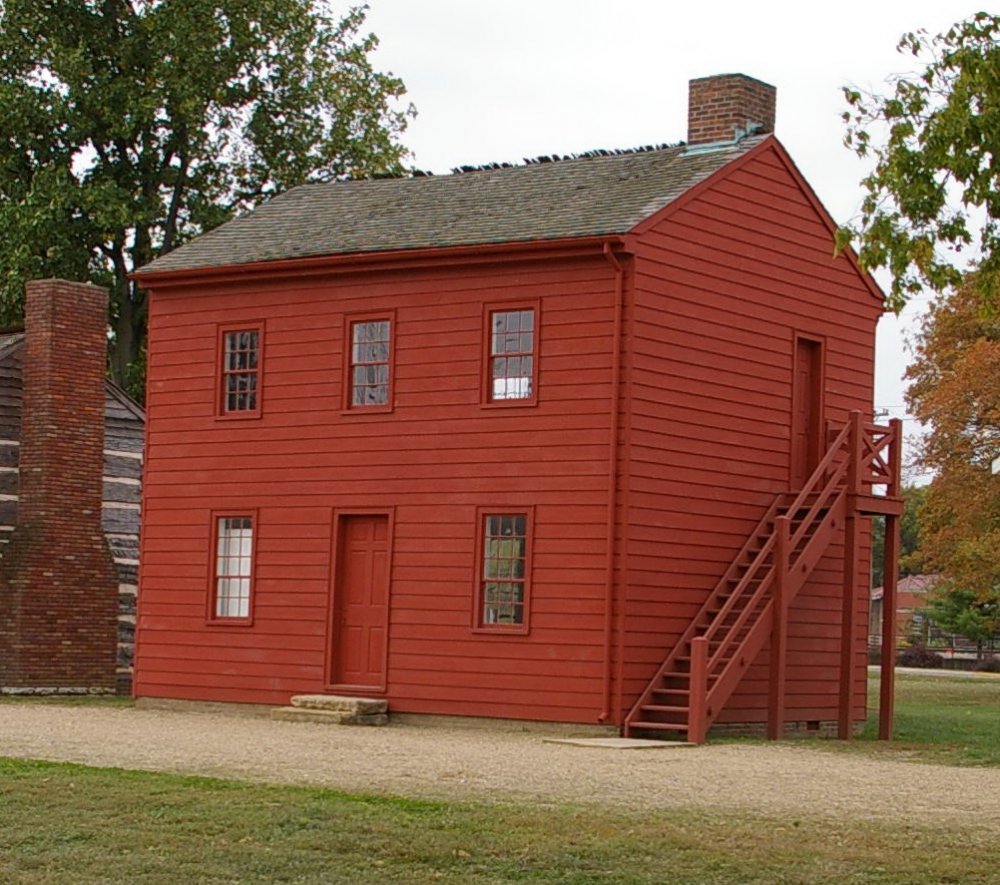 Description:  The building faces northeast and is a two story red colored wood frame structure. The building is located on landscaped grounds to the northeast of the center of Vincennes at the Vincennes University. 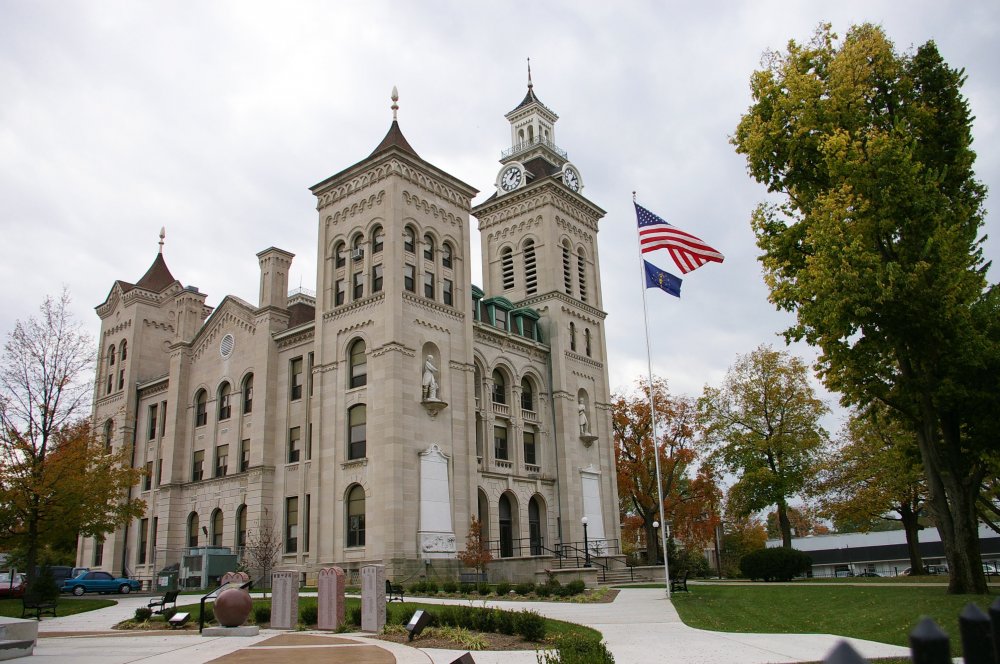 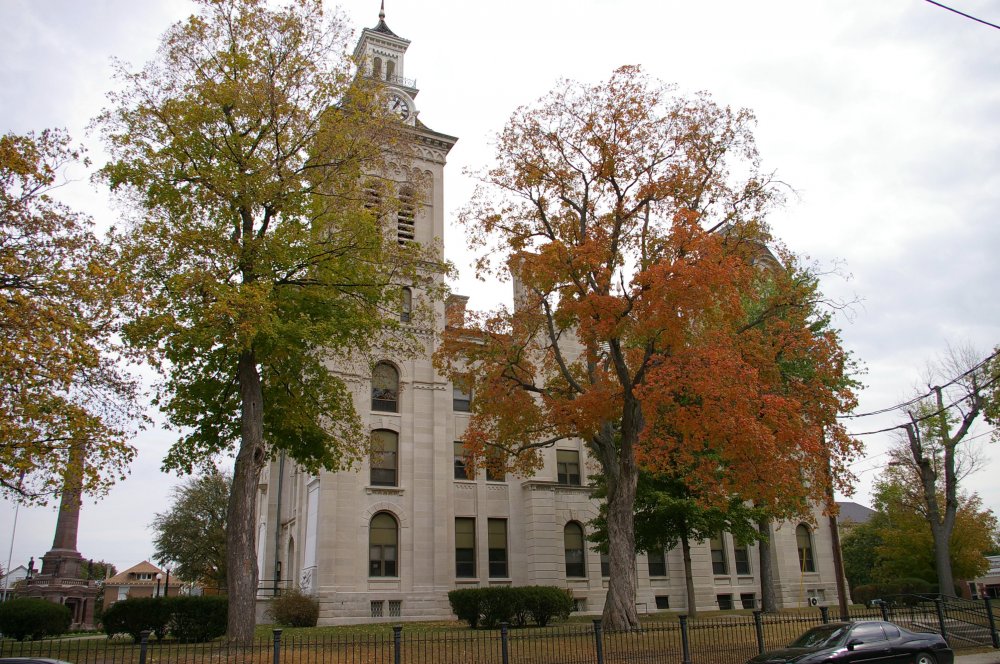 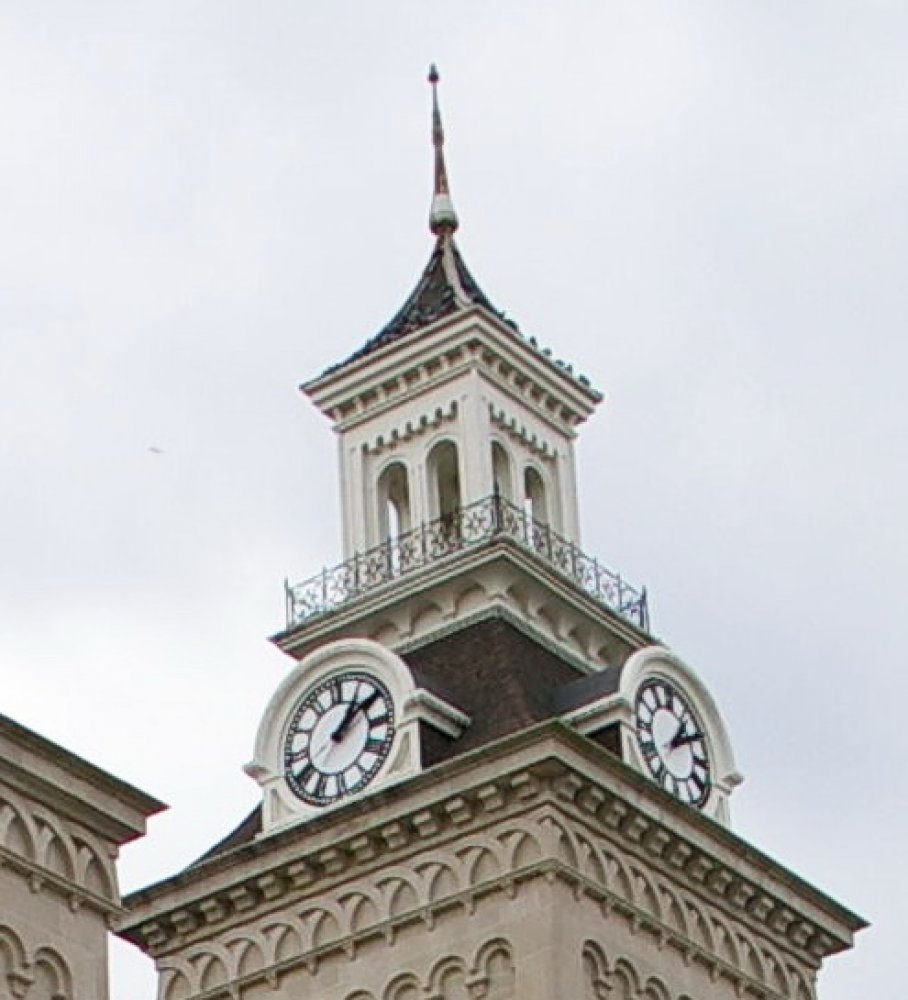 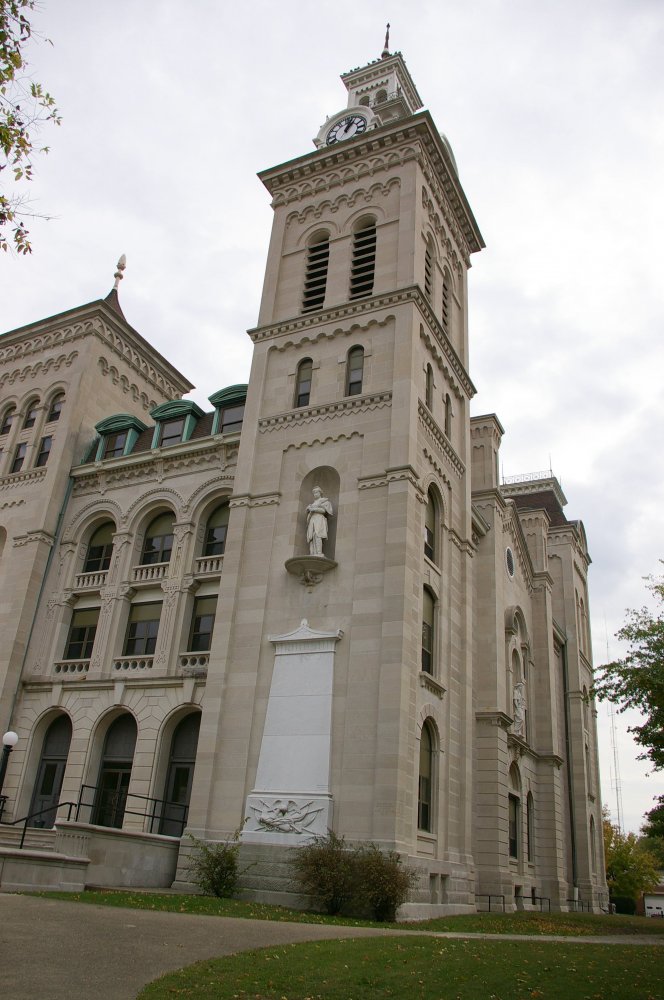 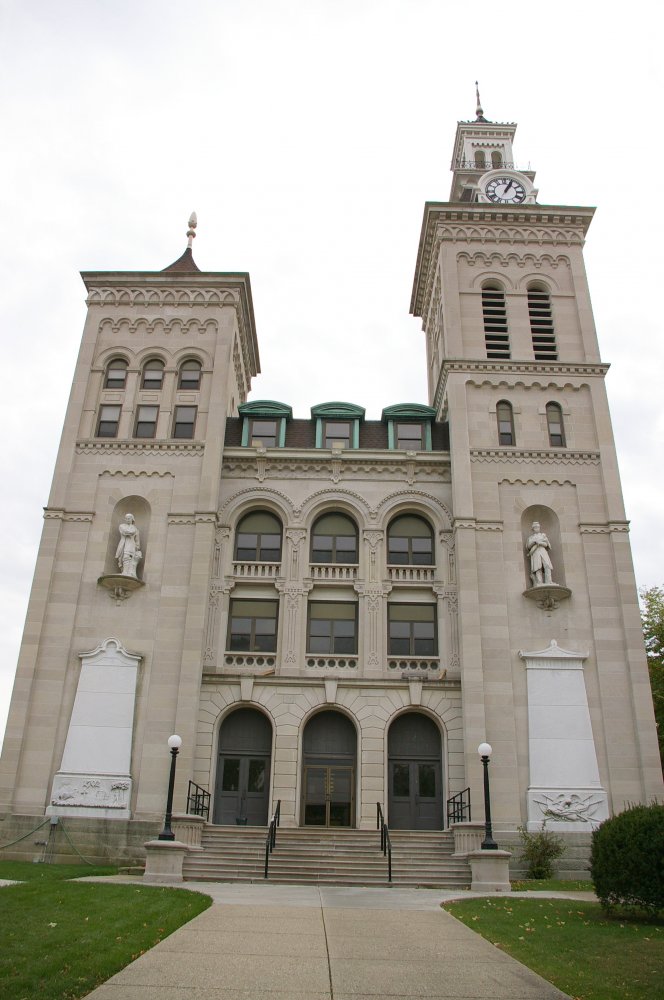 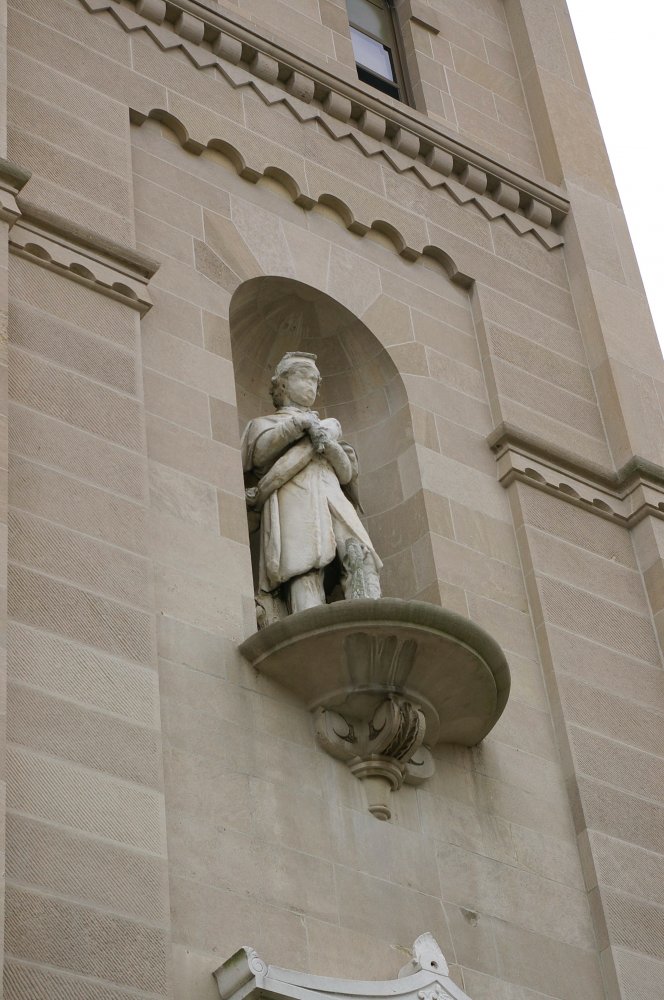 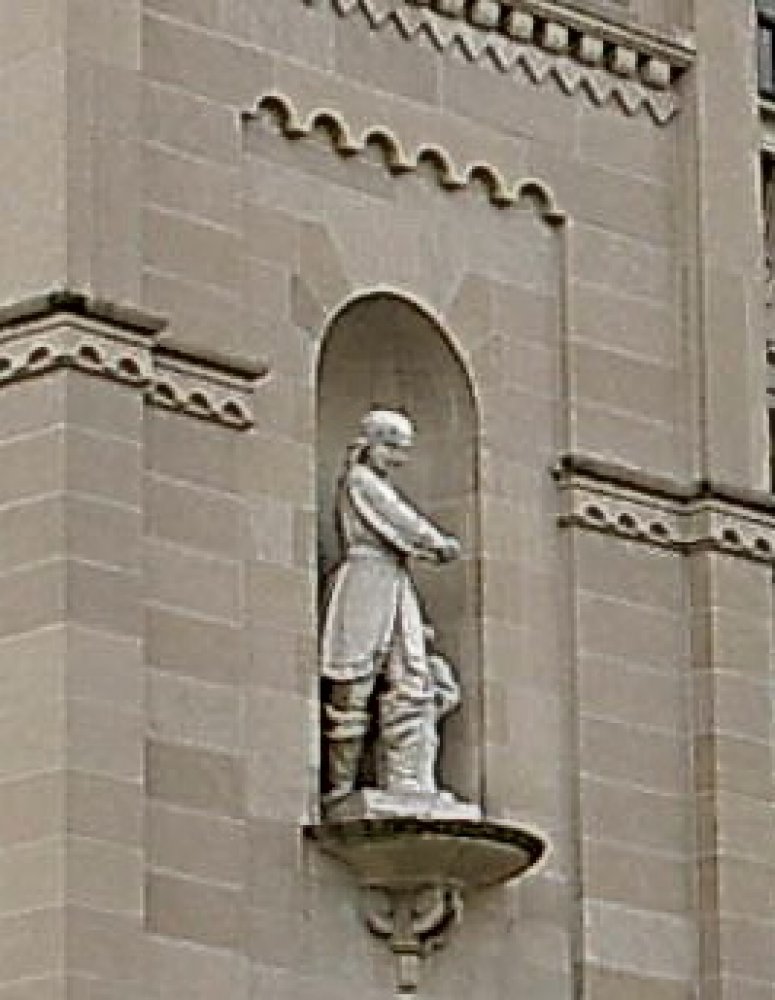 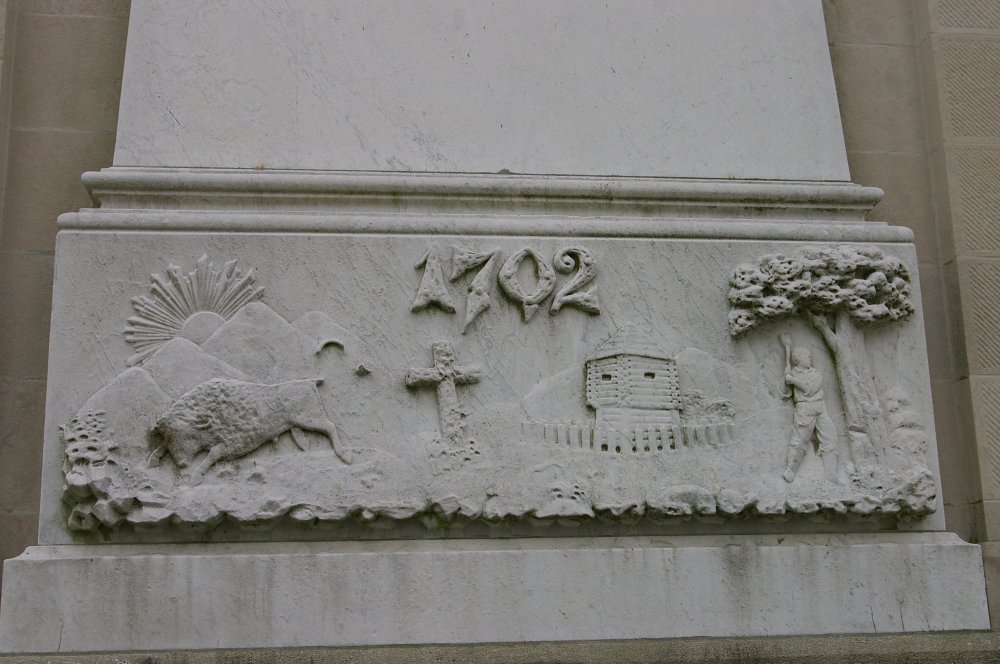 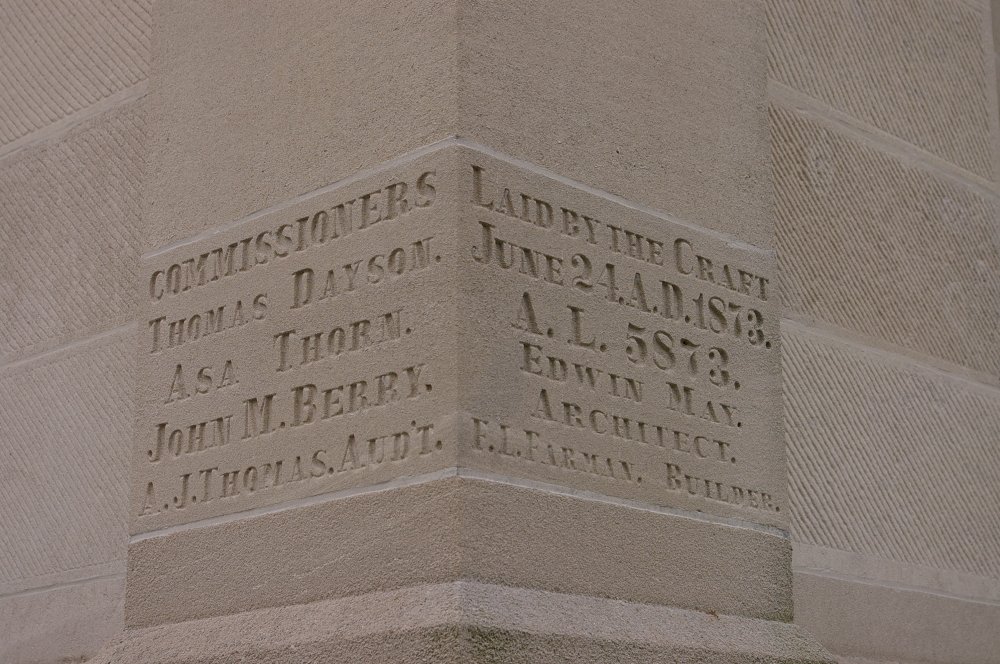 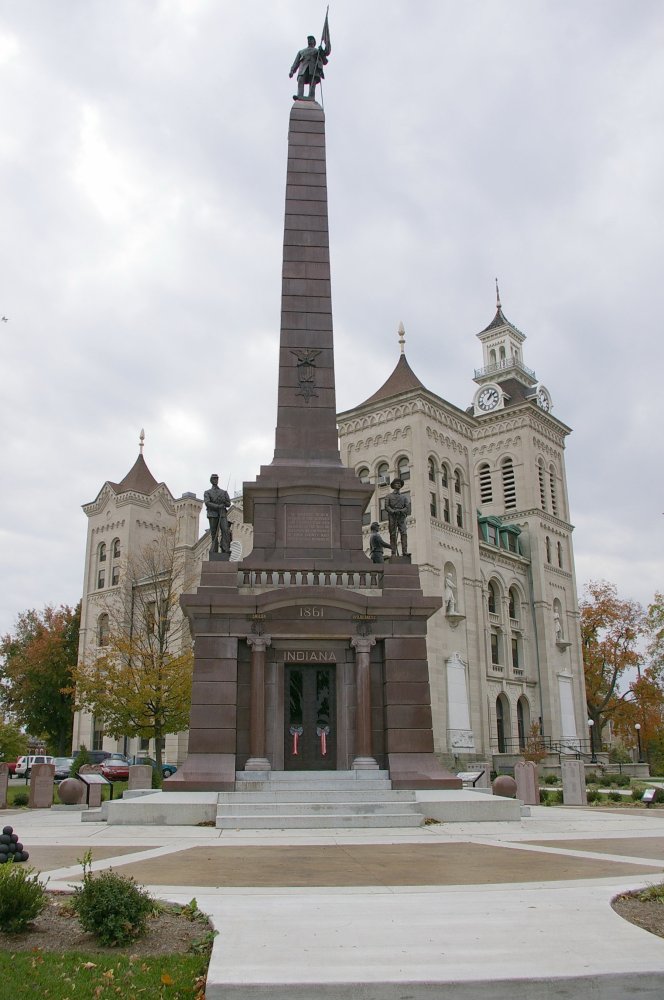 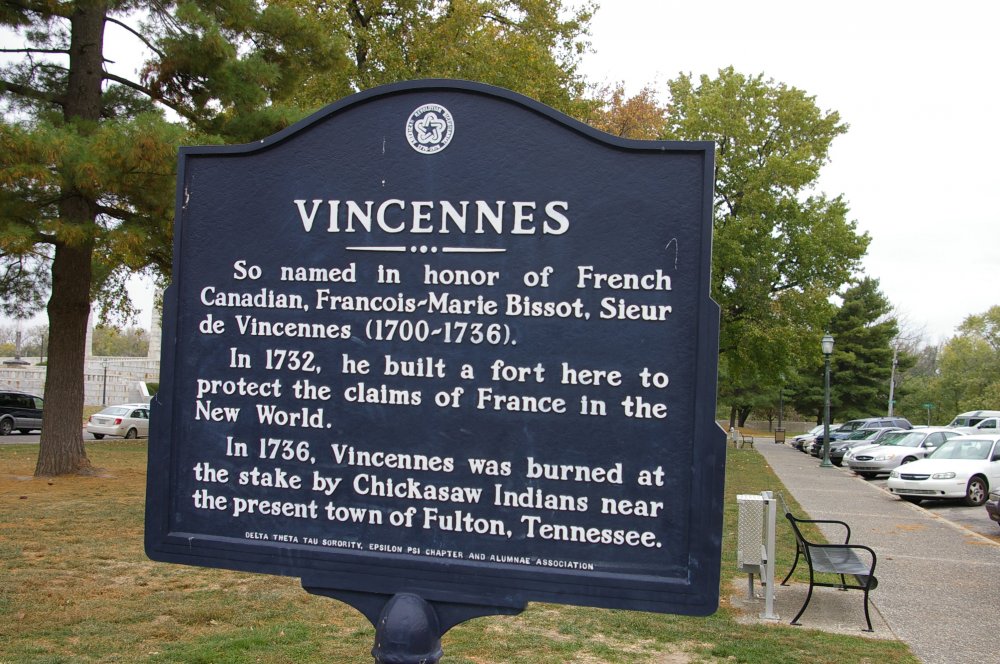 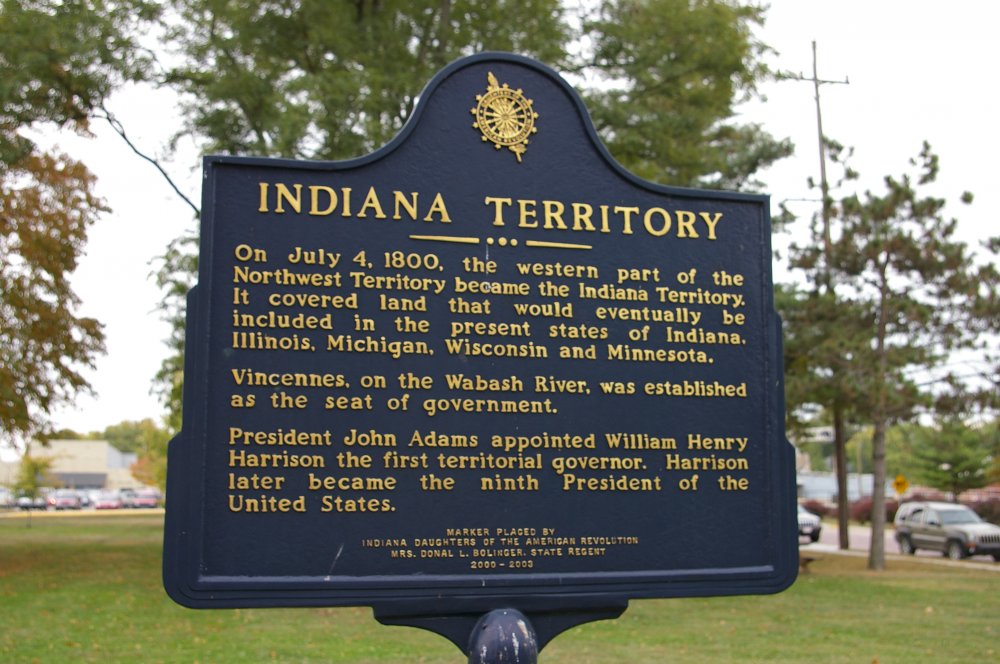