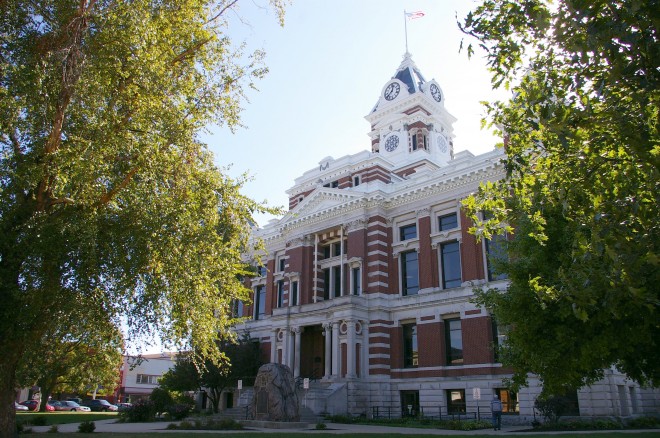 Johnson County is named for John Johnson, who was a judge of the Indiana Supreme Court.

Description:  The building faces north and is a three story red colored brick  structure. The rectangular shaped  building is located on the landscaped grounds of the Courthouse Square in the center of Franklin. The north front has two columns on the first story at the entrance rising to a wide header at the top of the first story. Above is a recessed window and a pediment above. The base of the building is course stone. Stone adorns the corners and runs horizontally between the first and second stories. There is a wide cornice along the roof line. On the center of the roof is a square clock tower with peaked roof. In the interior, there is an east-west hallway with a pair of curved open staircases at the mid-point. The staircases are wooden and ornate rising up through the atrium in the central tower. The plaster walls and ceilings have been highlighted in multi-colors. On the second story, the Circuit Court courtroom is located on the east side and the County Superior Court courtroom is located at the northwest corner. The building houses the County Circuit Court and County Superior Court of the 17th Judicial District. The building was renovated in 1983. The architect was R W Clinton & Associates Inc. of Richmond and the contractor was Construction Control Corp of Fort Wayne. 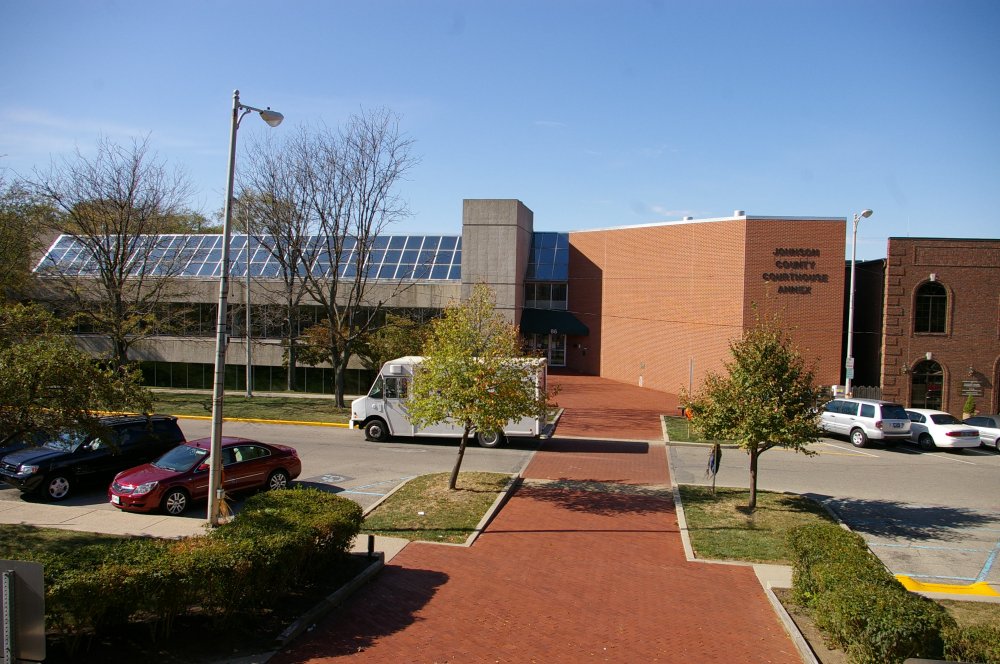 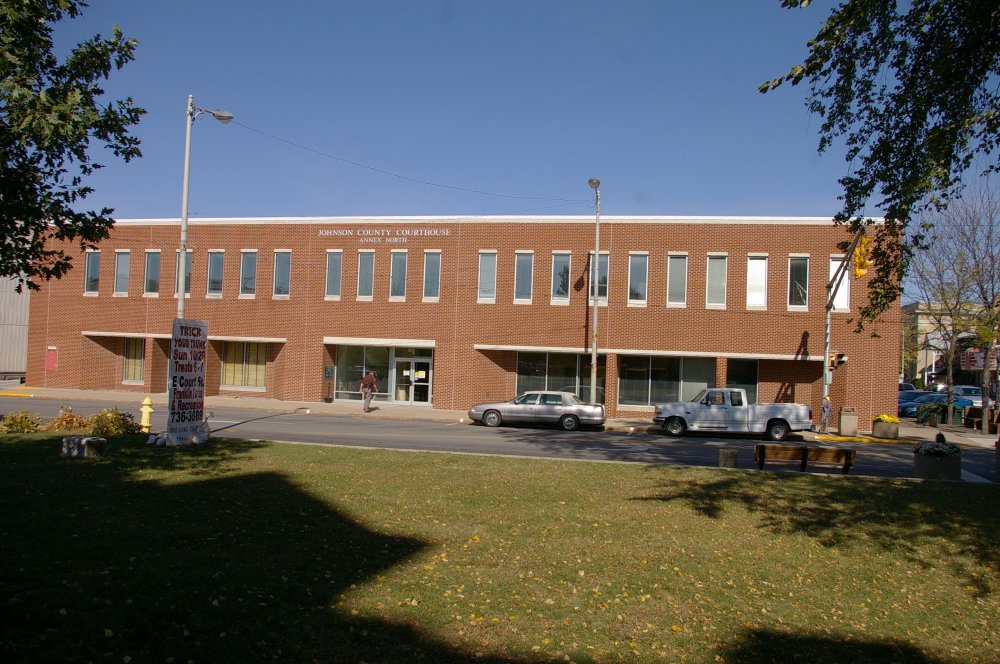 Description:  The building faces south and is a two story red colored brick and concrete rectangular structure. The roof line is flat. 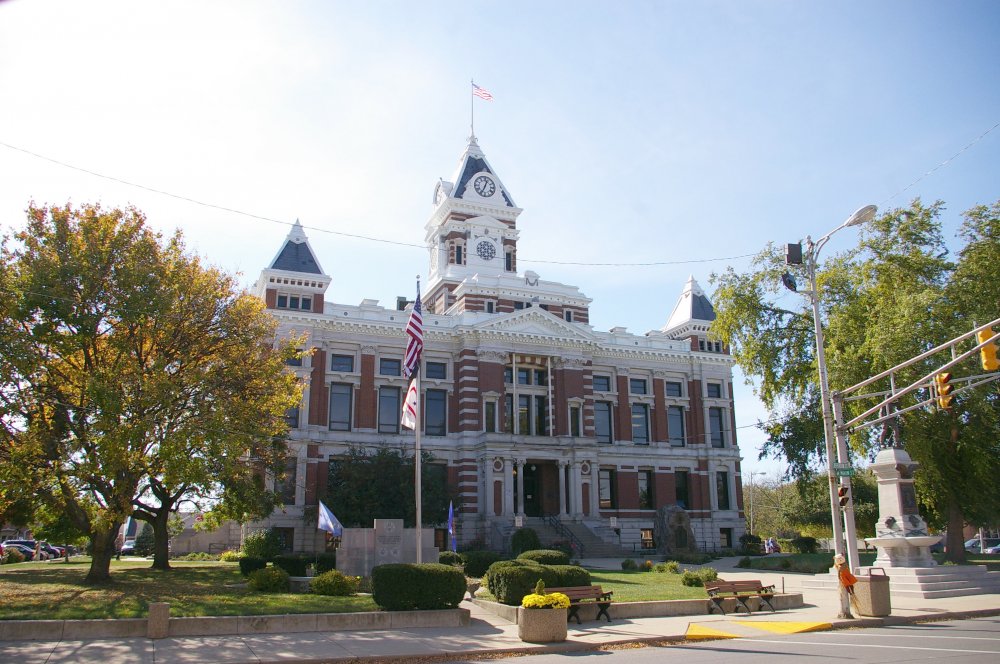 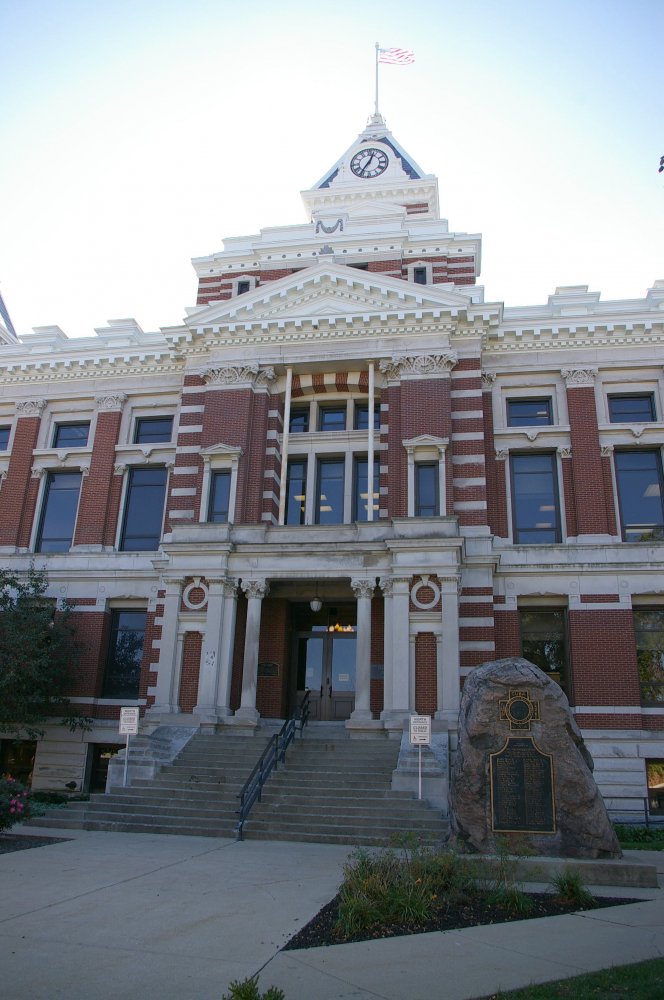 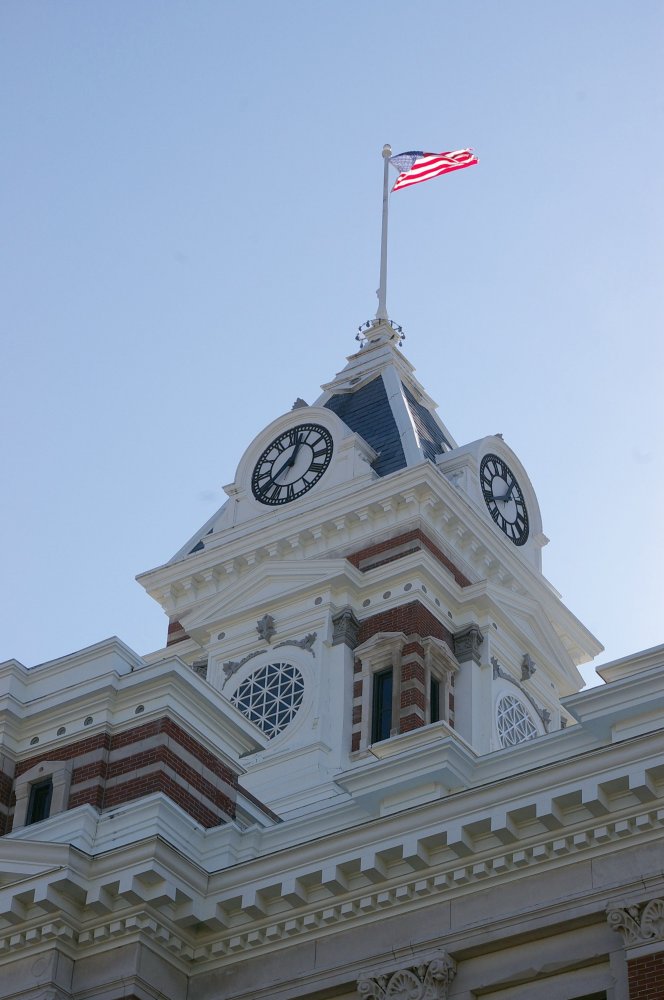 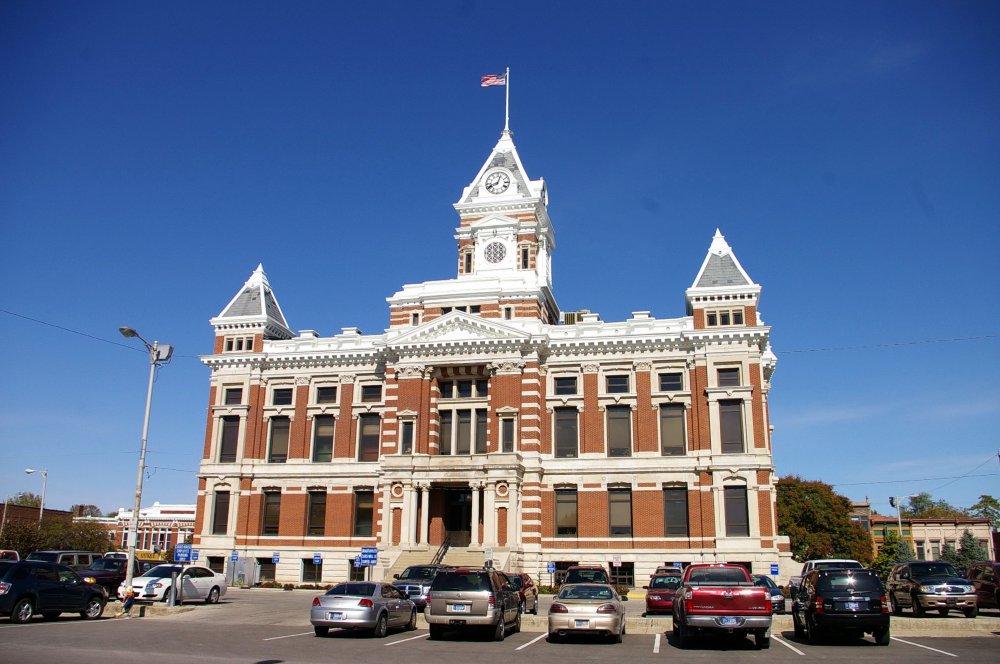 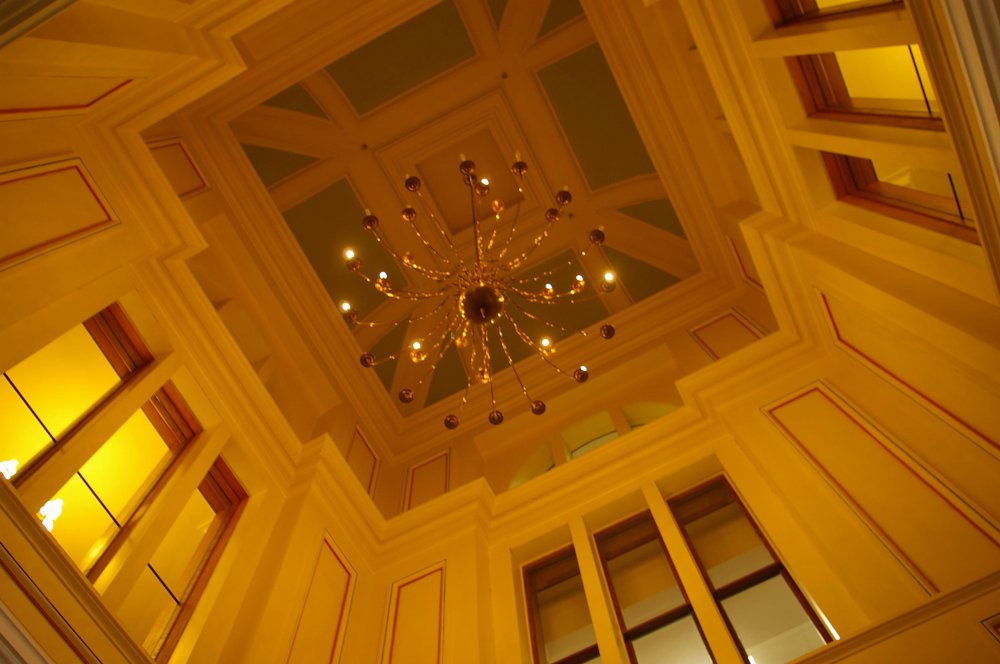 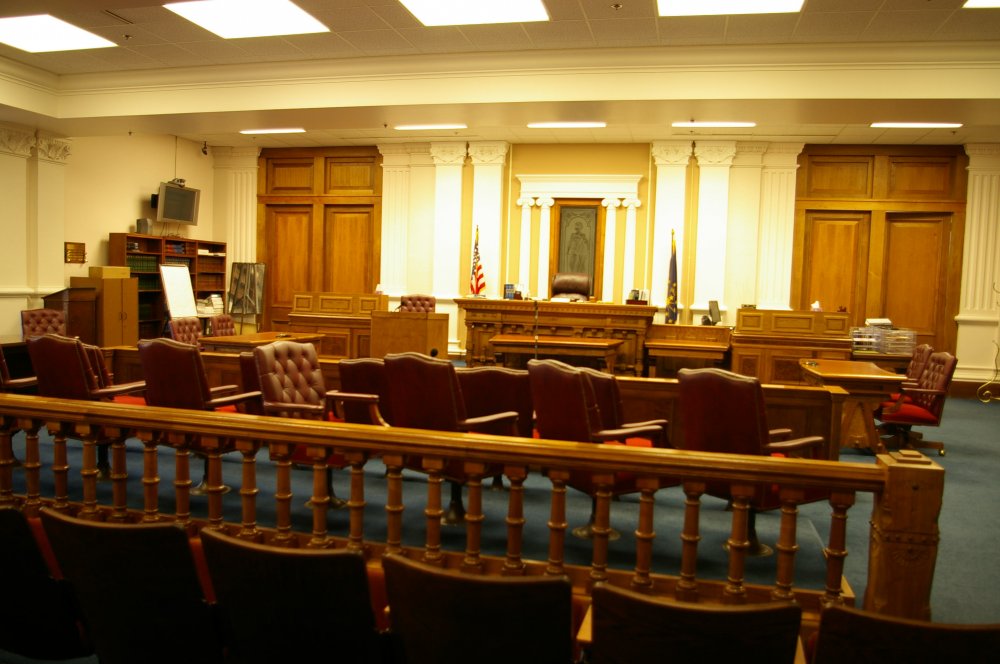 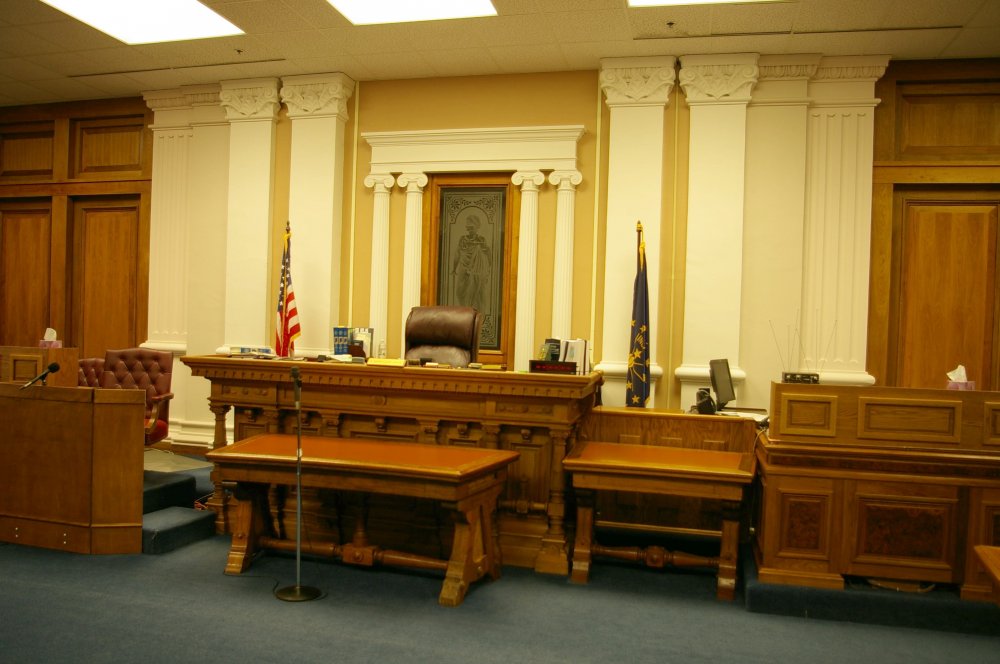 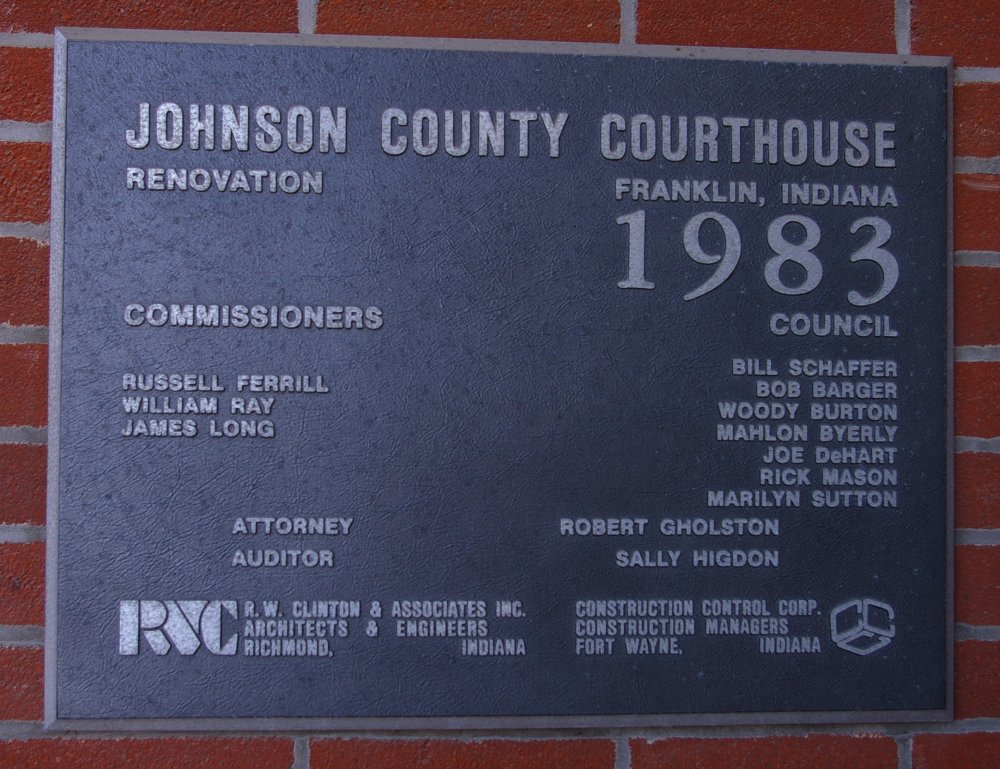 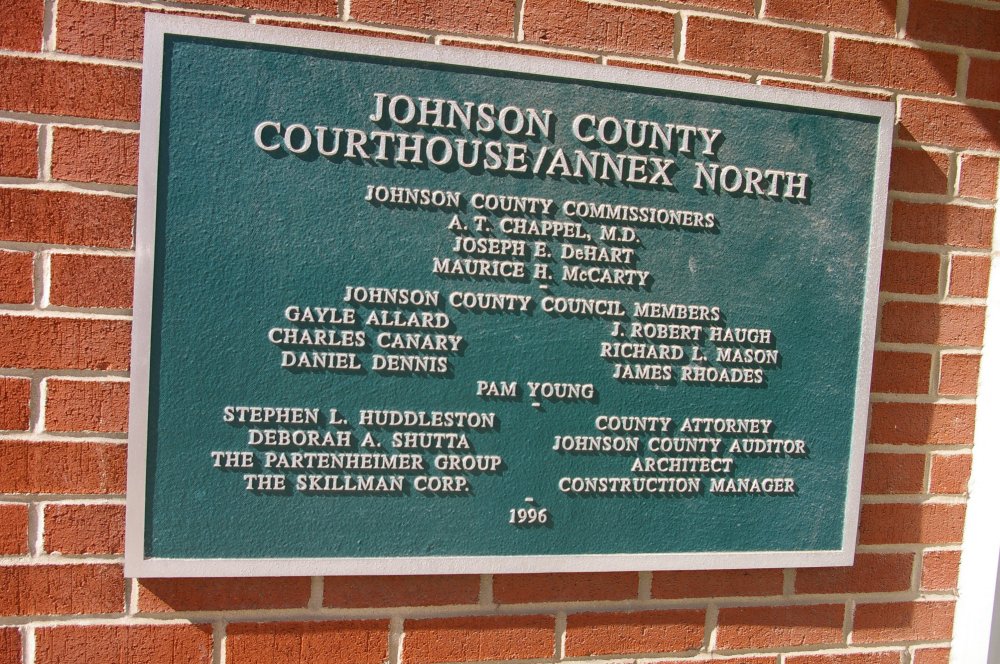