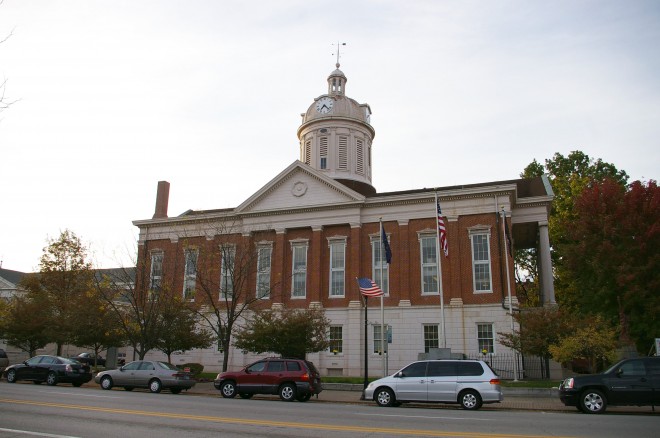 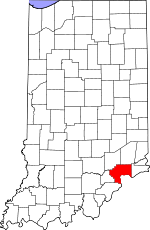 Description:  The building faces west and is a two story red colored brick structure. The building is located on landscaped grounds in the center of Madison. On the west side is a portico with arches on the first story and supported by four columns rising to a pediment at the roof line. The base of the building is white colored stone. There is a peaked roof on the south and north sides at the center. On the centre of the roof is a round dome with clock and small cupola at the top. The building houses the County Circuit Court and County Superior Court of the 22nd Judicial District. The building was renovated in 1860. The architect was Sieco, Inc. of Columbus and the contractor was Wespiser Construction Company of Statesville.

See:  The plans of architect, David Dubach were used to construct the courthouse in Switzerland County.

History:  Madison became the county seat in 1811. The first courthouse was a two story log structure in 1812. The second courthouse was built in 1823 and was destroyed by fire on September 12, 1`853. The third and present courthouse was constructed in 1854 to 1855. 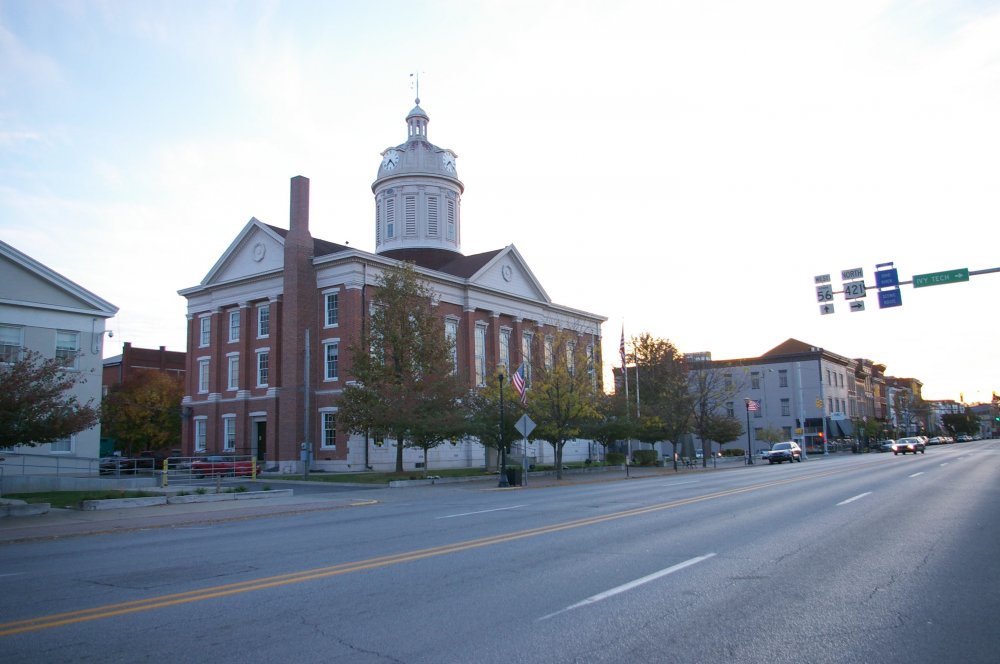 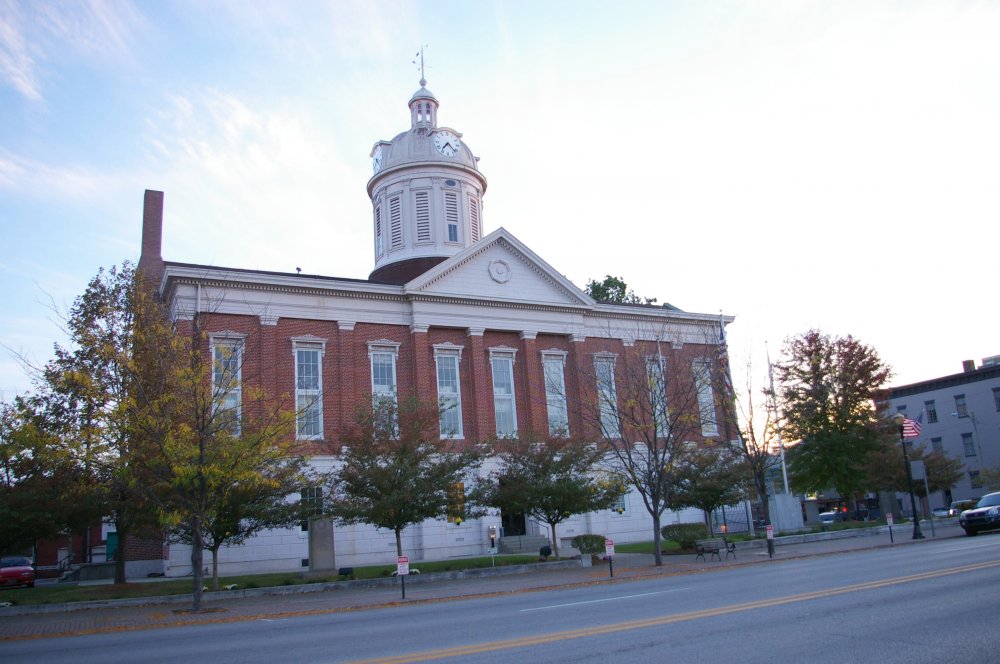 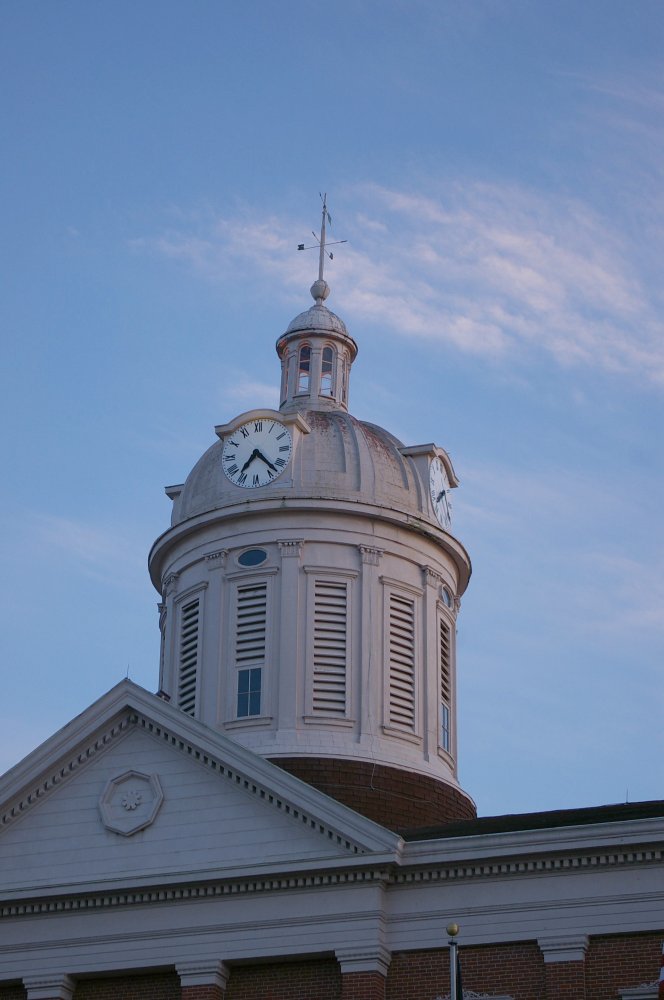 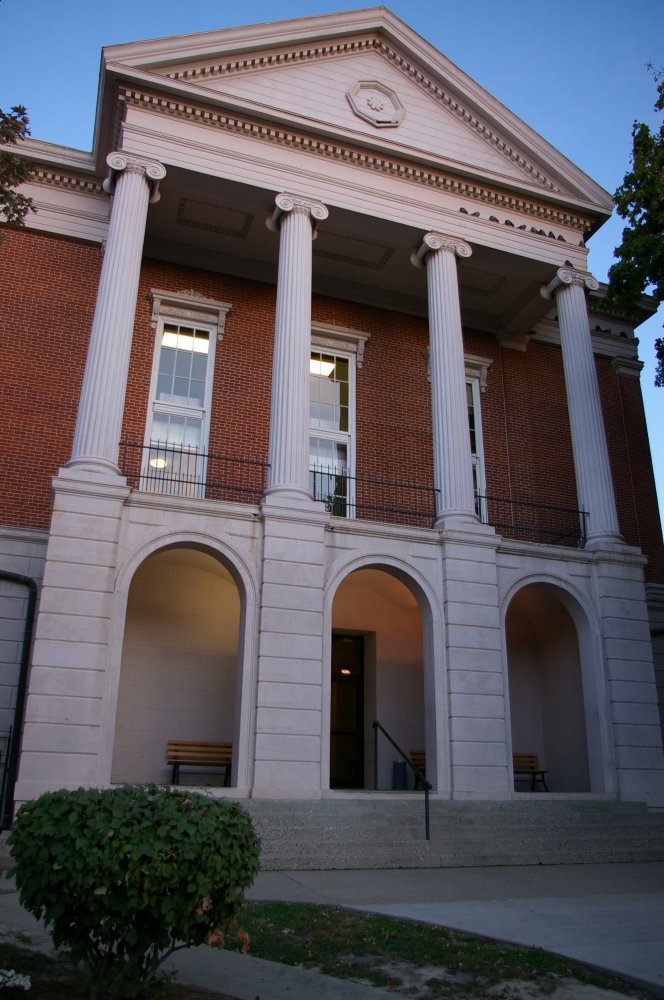 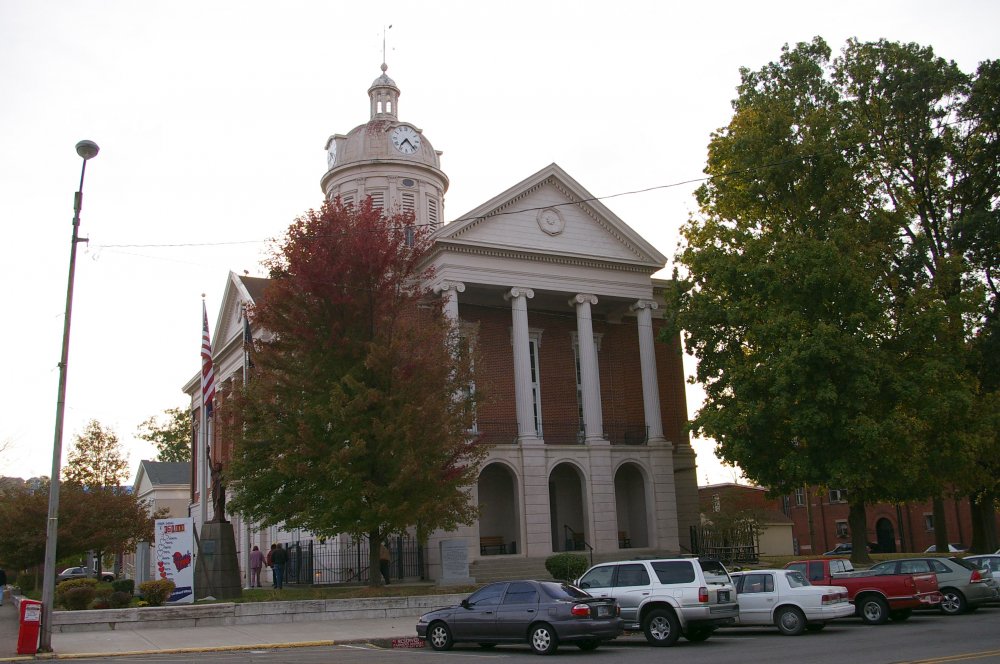 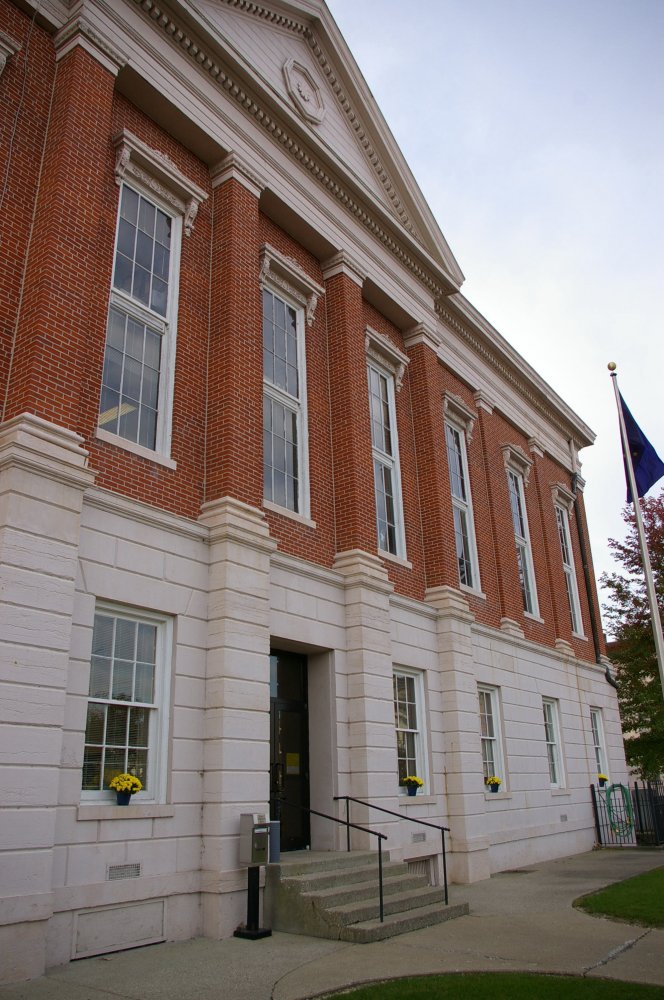 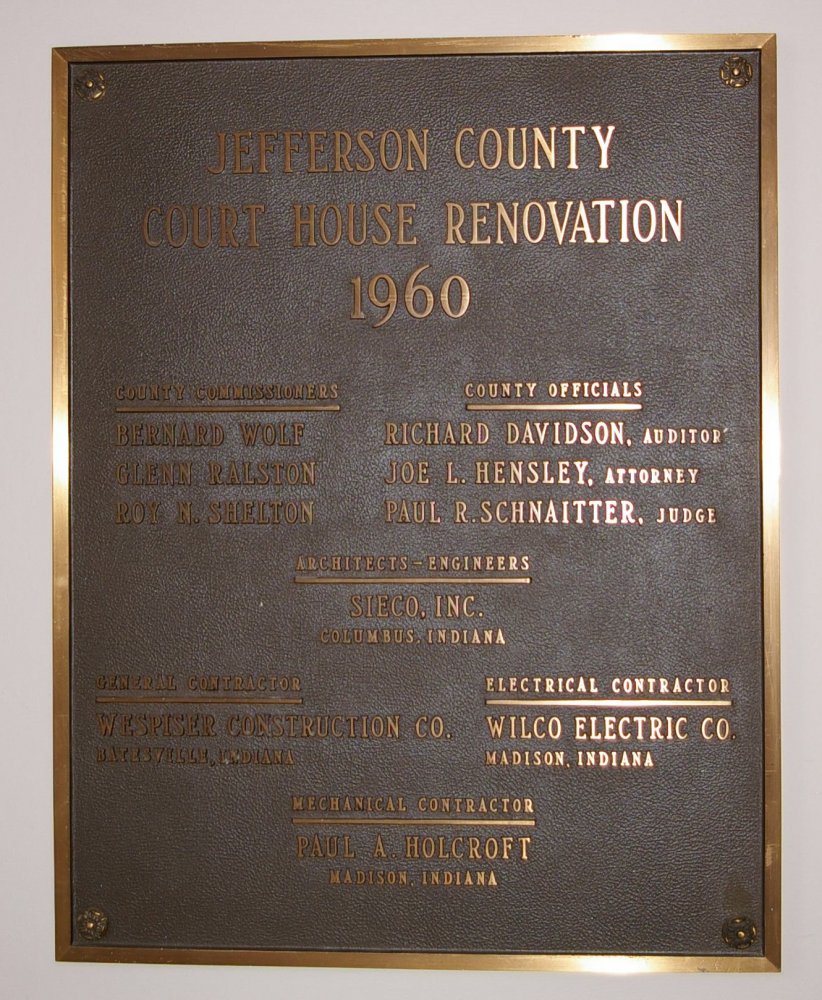