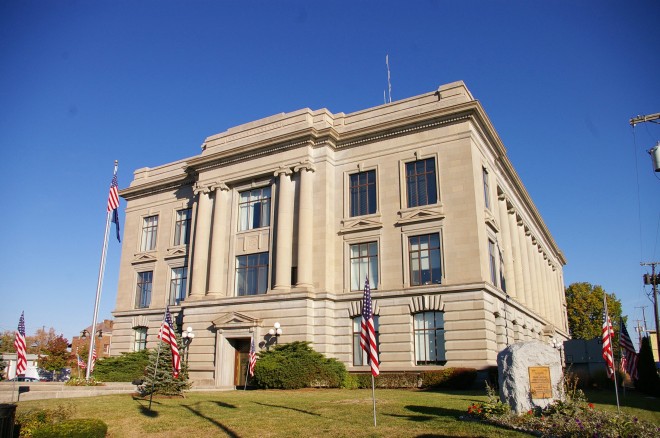 Jay County is named for John Jay, who was co-author of the Federalist Papers, Secretary of Foreign Affairs and first Chief Justice of the United States. 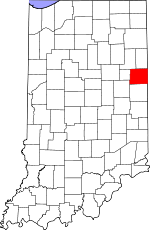 Description:  The building faces south and is a three story buff colored stone and concrete structure. The building is located on landscaped grounds in the center of Portland. The exterior is limestone from Bedford, Indiana. The center of the south and north sections project from the main building and have stone framed entrances. Four columns rise from the second story to the top of the third story. There is horizontal limestone on the first story. A projecting cornice runs below the roofline. In the interior, the floor plan of the building is in the shape of a cross with an entrance at each of the four ends. There is a barrel-vaulted stairwell. The courtroom is located at the north end of the third story. The ceiling is dominated by vaulted stained glass skylight, which is framed by a fret in a key pattern and a coffered border. The entablature of the Ionic columns extends around the inside perimeter of the room, which marks off the main seating from the aisles. The frieze is decorated by small gold wreaths, and its cornice is ornamented by dentils and modillions. Between the entablature and the ceiling is a decorative semi-circular panel emblazoned with lions and foliage in bas relief. The building houses the County Circuit Court and the County Superior Court of the 15th Judicial District. 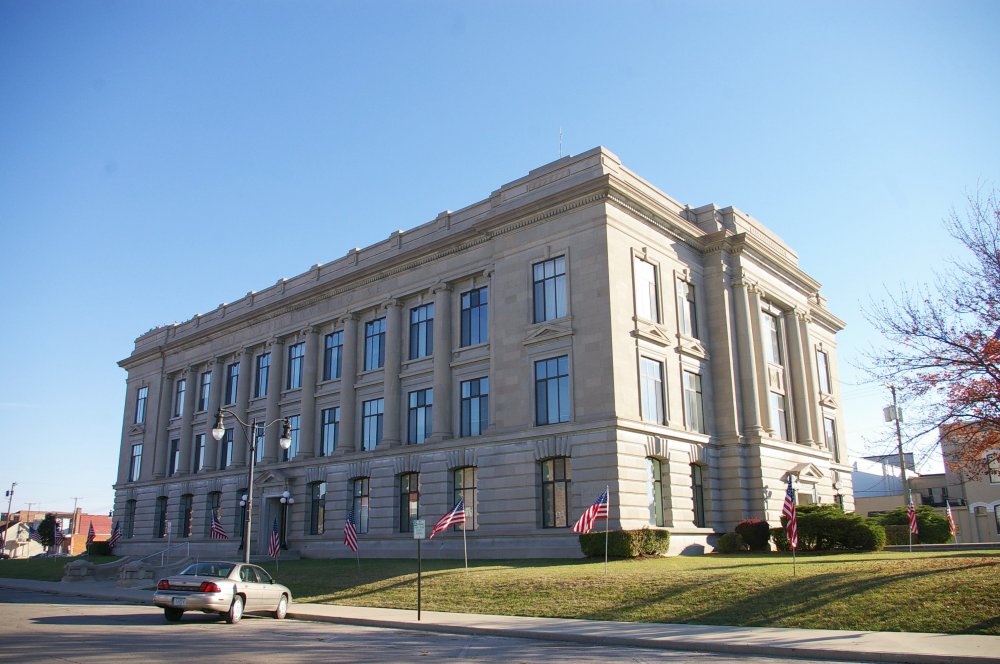 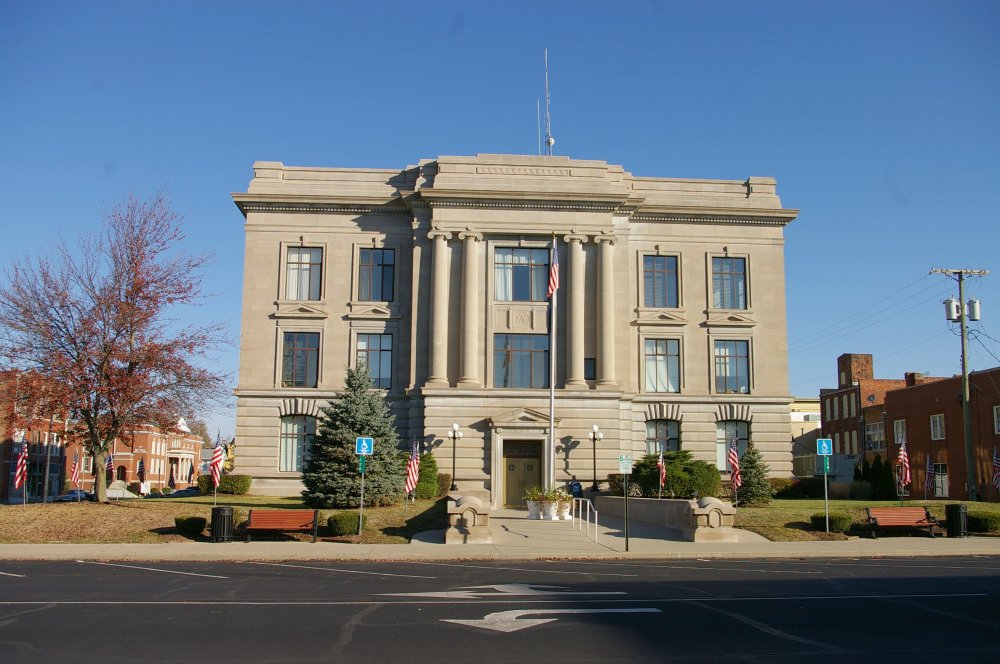 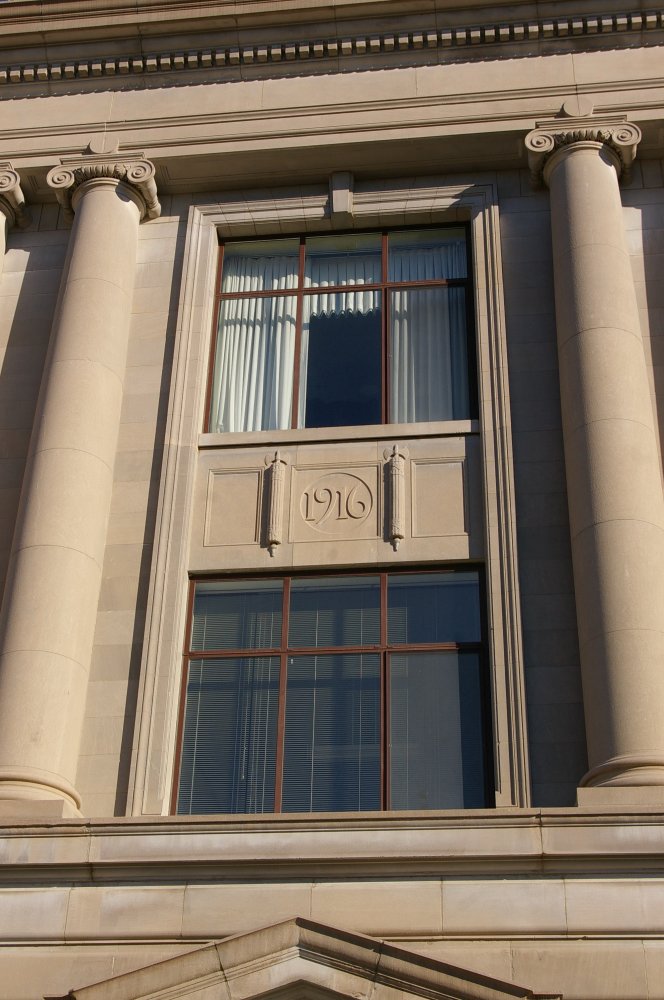 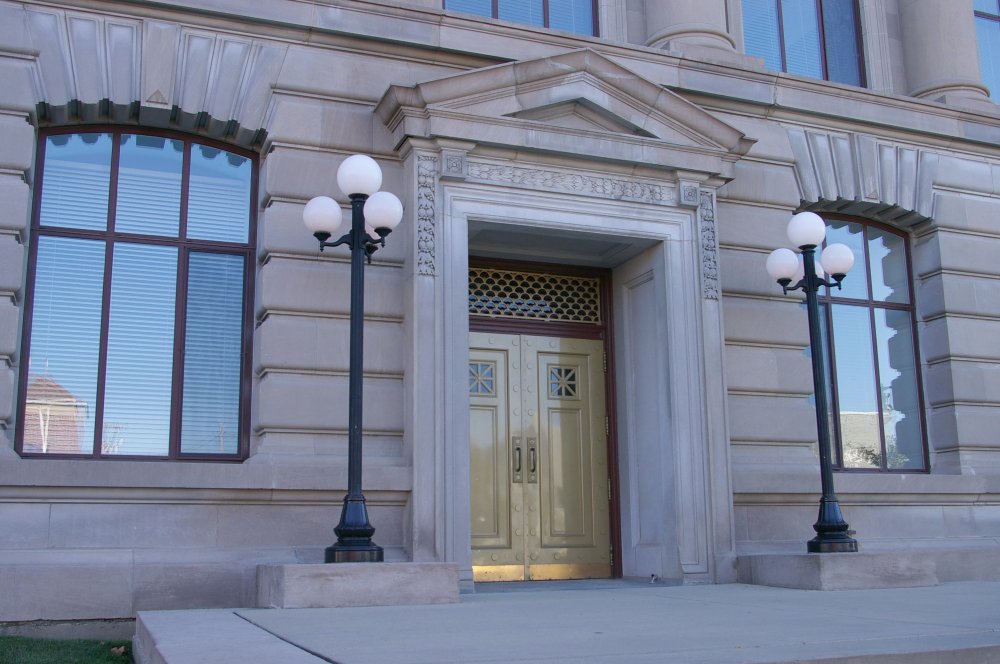 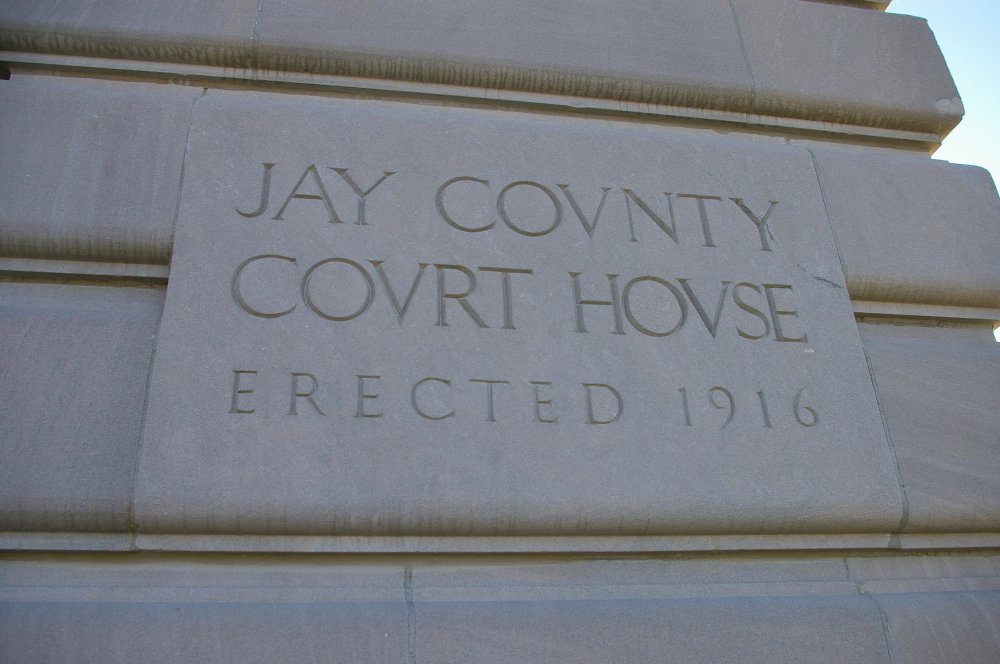