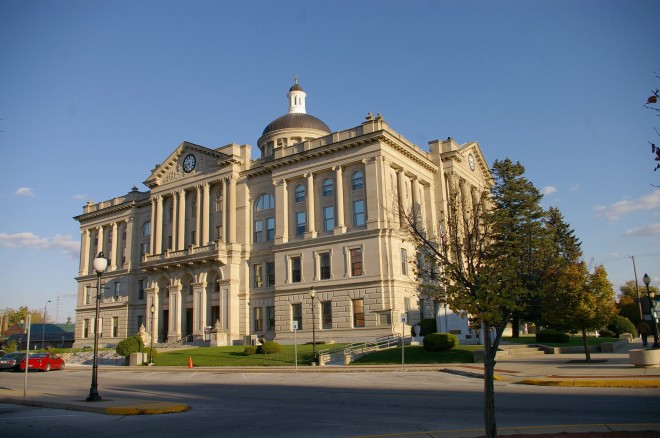 Huntington County is named for Samuel Huntington, who was a signer of the Declaration of Independence and the Articles of Confederation, and who was President of the Continental Congress.

Description:  The building faces west and is a four story buff colored Bedford limestone and concrete structure. The building is located on landscaped grounds in the center of Huntington. There is a narrow portico on each side with high arches rising from the first story to the top of the second story, balcony on the third story and eight Corinthian columns rising from the third story to the top of the fourth story. Above are pediments with clocks. On the center of the roof is a large round dome with black colored roof and small white colored cupola at the top. In the interior is a large central rotunda rising to a stained glass skylight under the dome and a large eagle mosaic at the base. The hallways have original mosaic tile floors and marble wainscoting. The stairways are finished in marble. The courtrooms are finished in mahogany. Each courtroom have twenty-two feet high ceilings and four stained glass skylights. There are large murals behind the judge’s bench. The building houses the County Circuit Court and the County Superior Court of the 9th Judicial District. The building was restored in 1985.

History:  The county was created in 1832 and Huntington was selected as the county seat. A jail was built by William H Wallis in 1834. The first courthouse was a rectangular frame structure built at the Corner of Jefferson Street and Franklin Street in 1840. The second courthouse was a two story structure designed and built by William McGrew and David Silvers in 1857 at a cost of $28,000. The Third and present courthouse was constructed in 1904 to 1906 at a cost of $346,773. 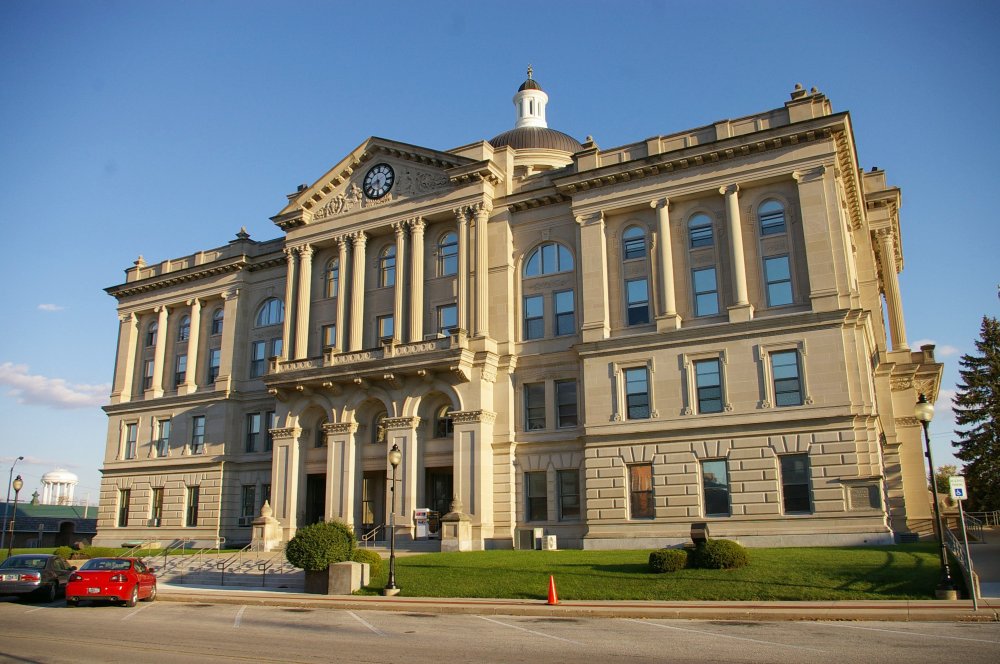 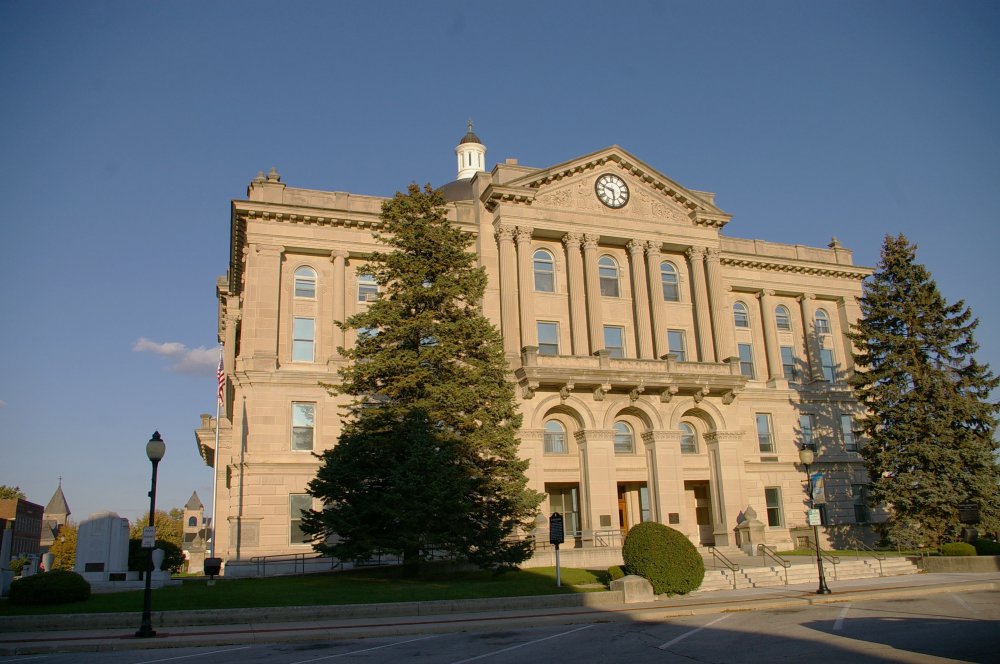 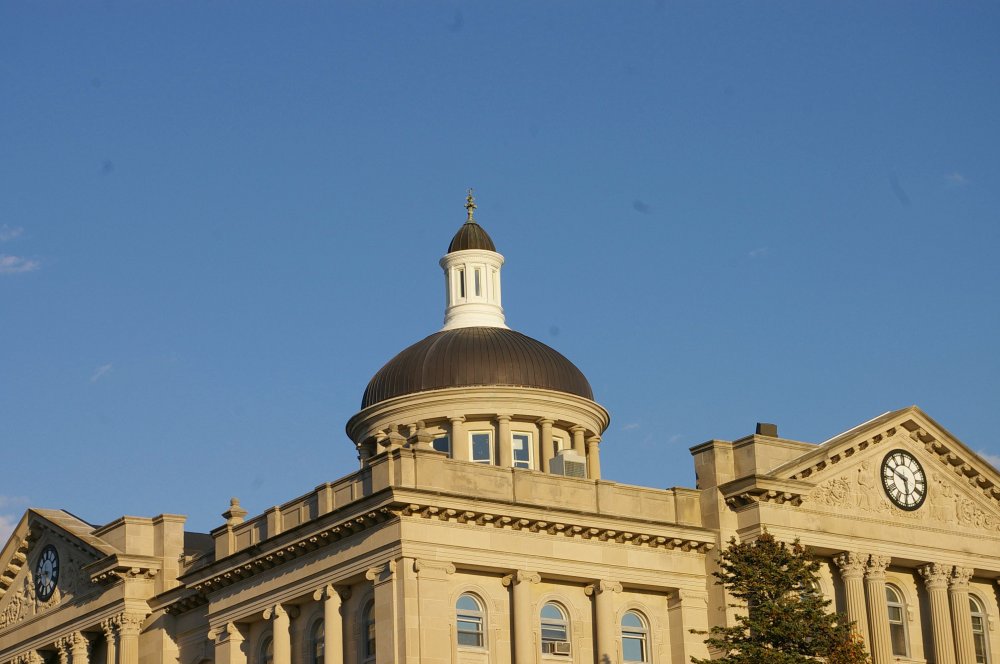 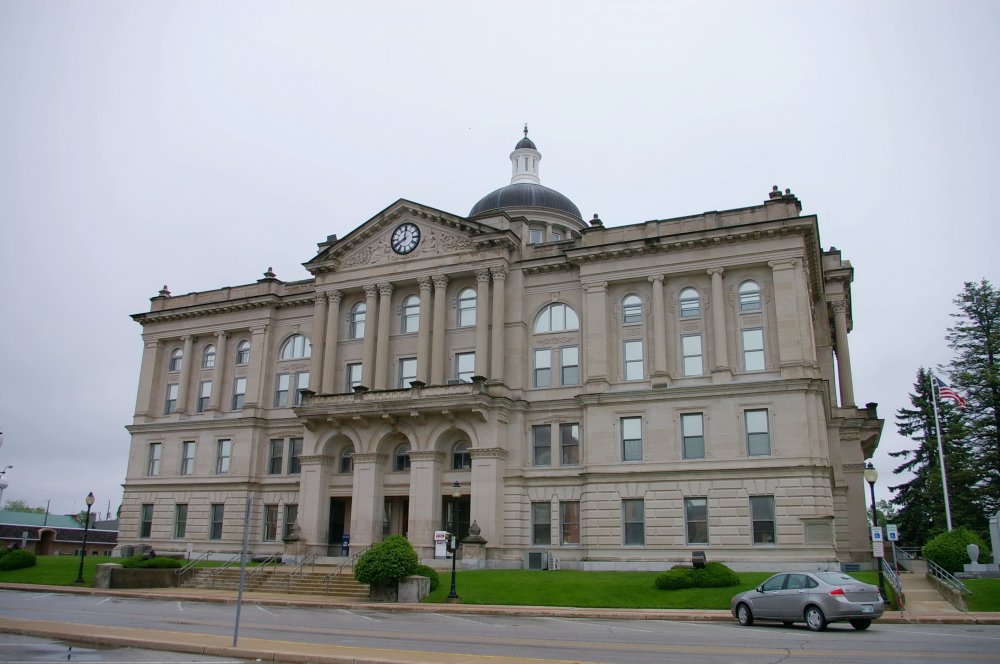 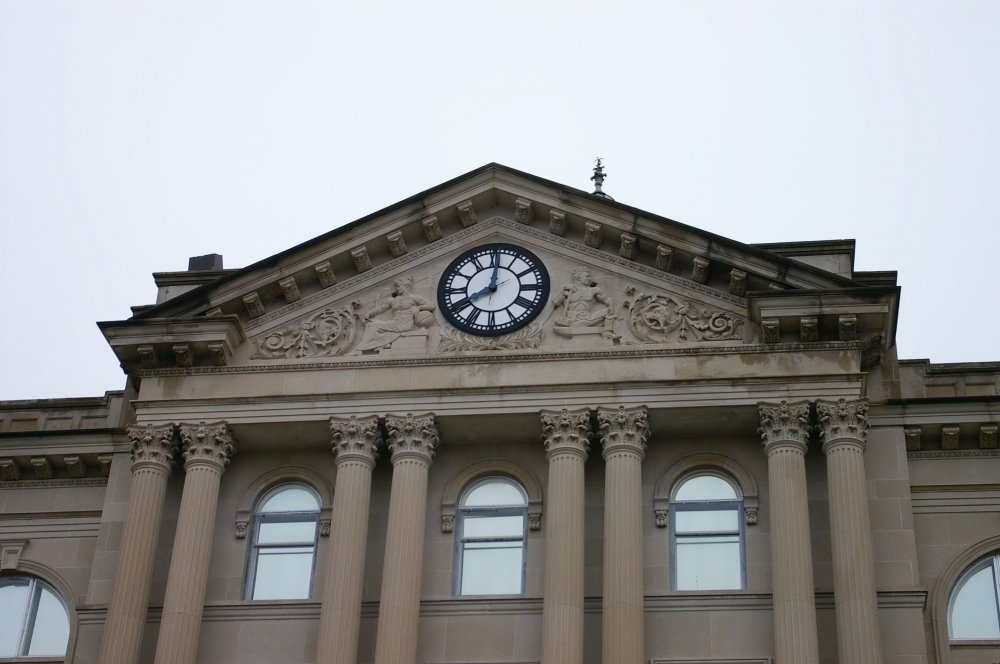 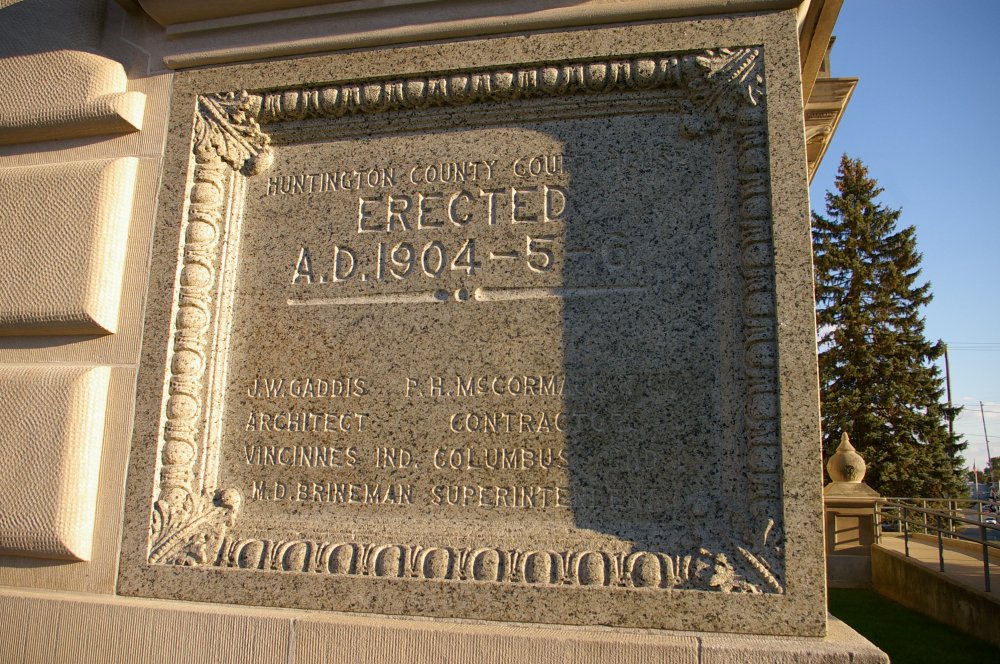 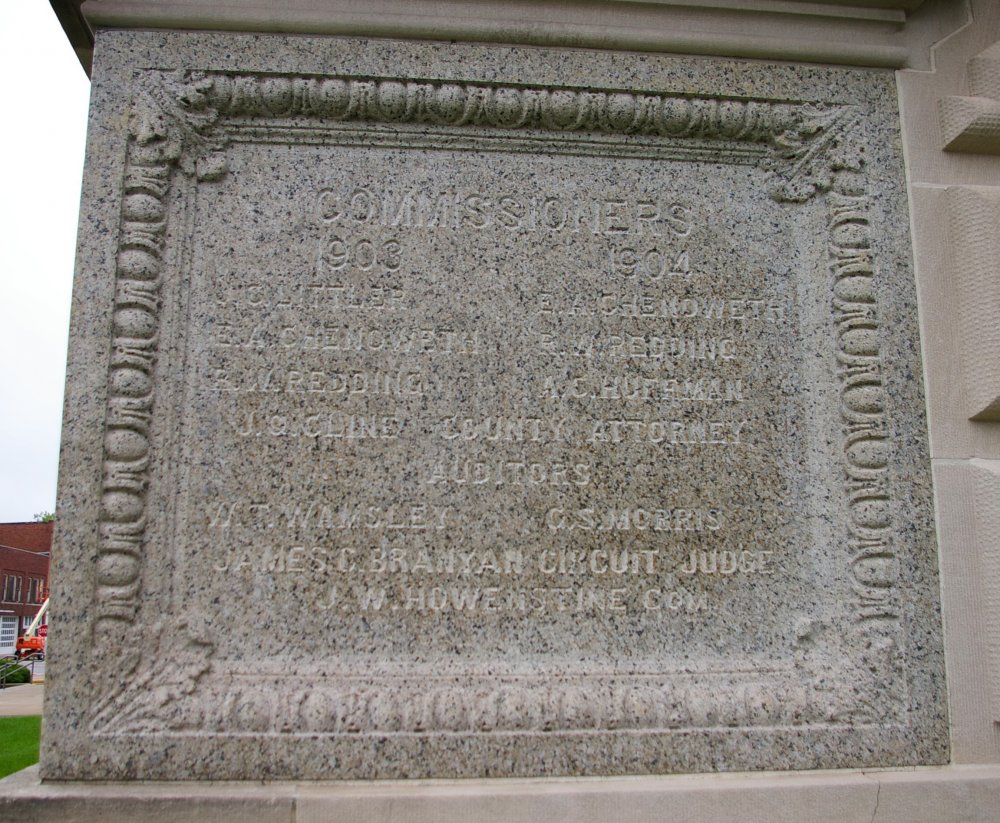 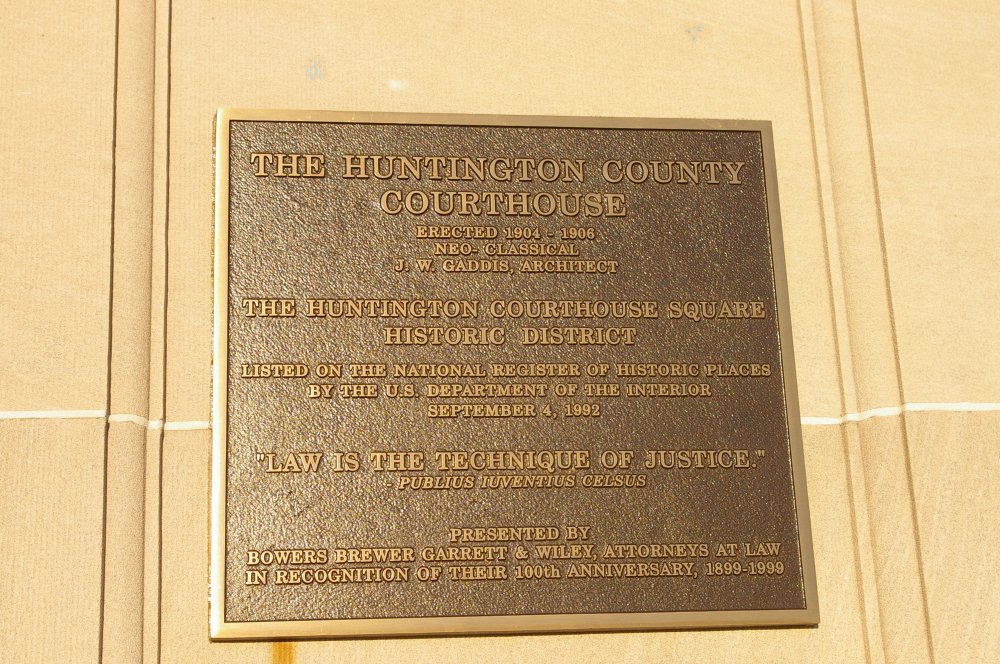 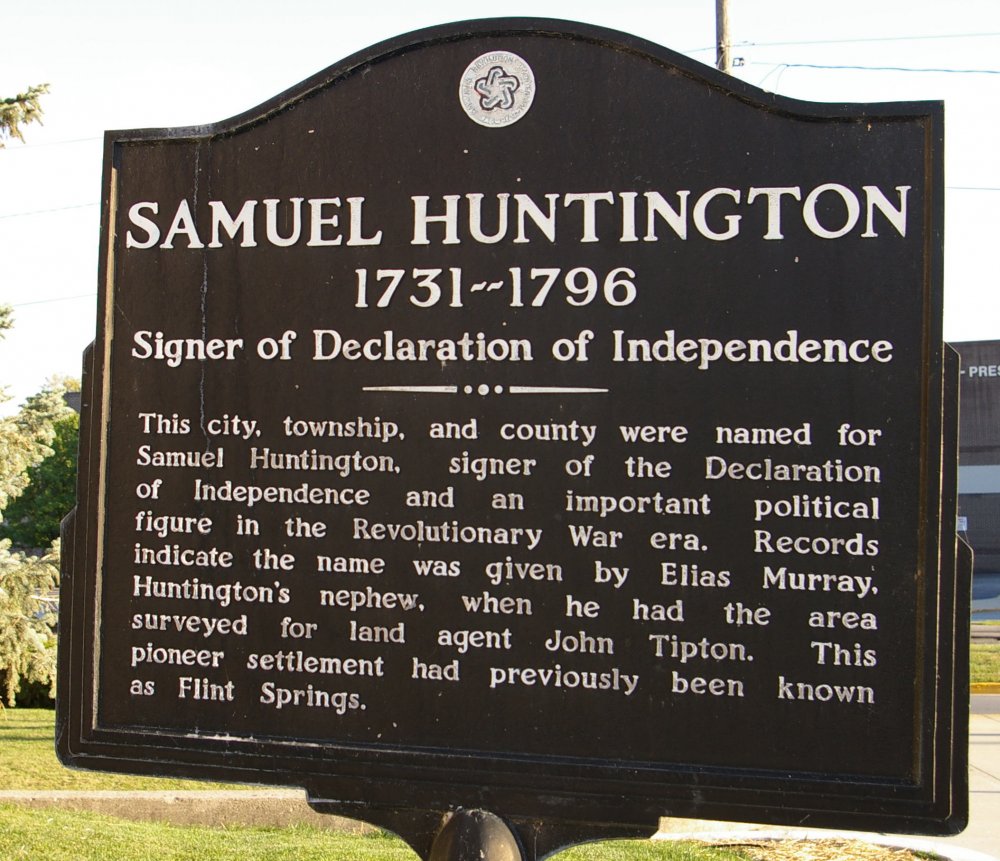