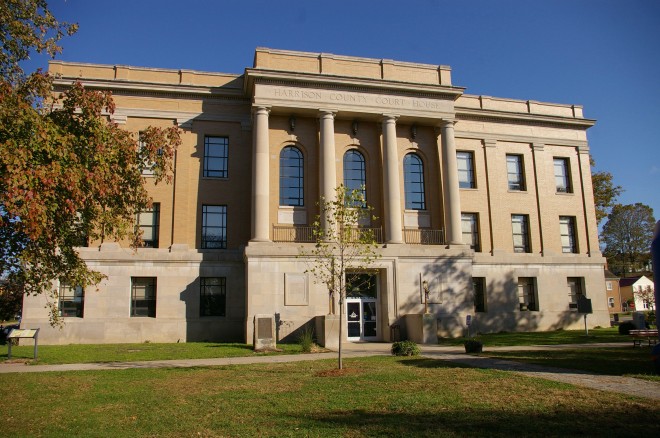 Harrison County is named for William Harrison, who was a Governor of the Indiana Territory.

Description:  The building faces south and is a two story buff colored brick and concrete structure. The building is located on landscaped grounds in the center opf Corydon. The building has a portico on the south front with a single entrance on the first story and four large columns on the second story rising to a wide header. Between the columns are three large arched windows. The roof line is flat. The building houses the County Circuit Court and the County Superior Court of the 24th Judicial District. On the north side are the Old Governor’s Headquarters and Old Treasury Building built in 1817. 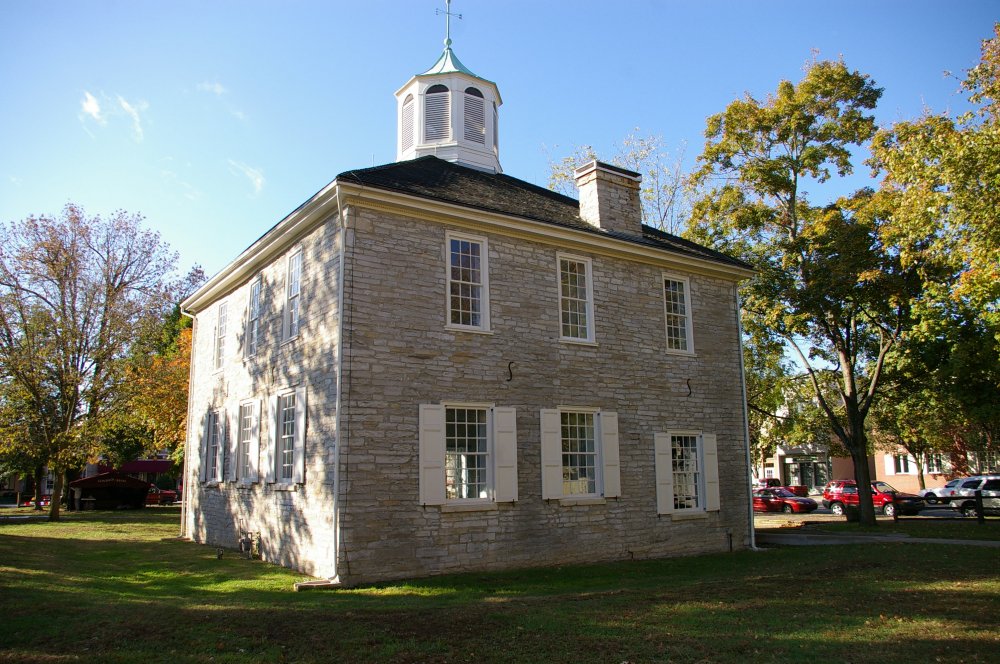 Description:  The building faces west and is a two story gray colored stone structure. The building is located on landscaped grounds in the center of Cortdon on the south side of the courthouse. The west front has a central arched entrance. On the center of the roof is a white colored octagonal cupola. The built as the State Capitol and became a courthouse in 1825 when the state capitol was moved to Indianapolis.

History:  The county was created in 1808 and Corydon was selected as the county seat. The first courthouse in 1811 was a converted two story log house purchased at a cost of $500. The building was also the seat of the Indians Territorial government. The second courthouse was built in 1813 to 1816 at a cost of $3,000 and is still standing. The third and present courthouse was constructed in 1927 to 1929 at a cost of $250,000. 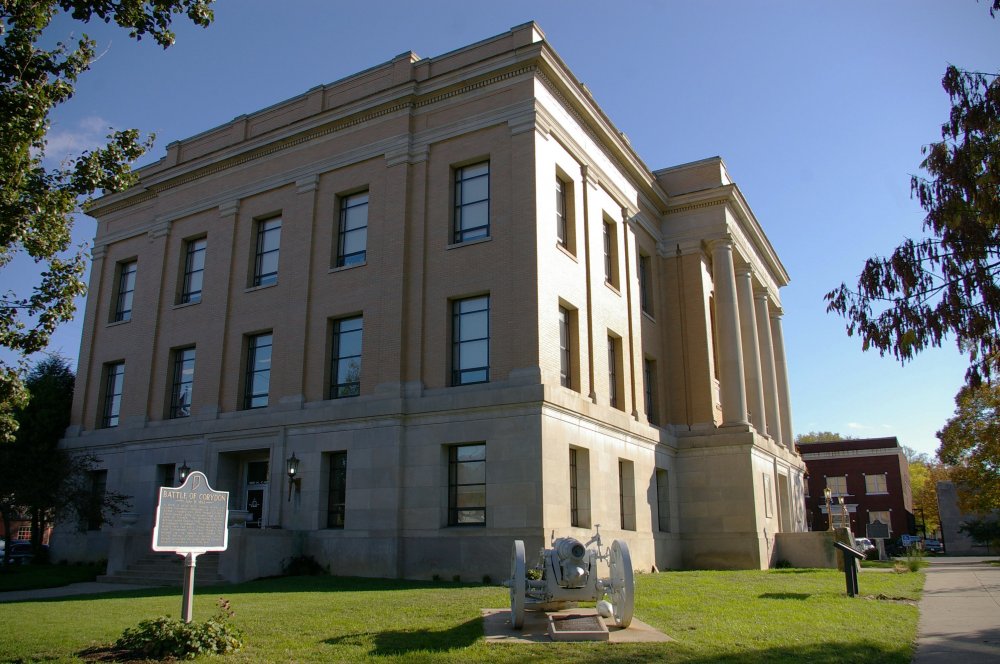 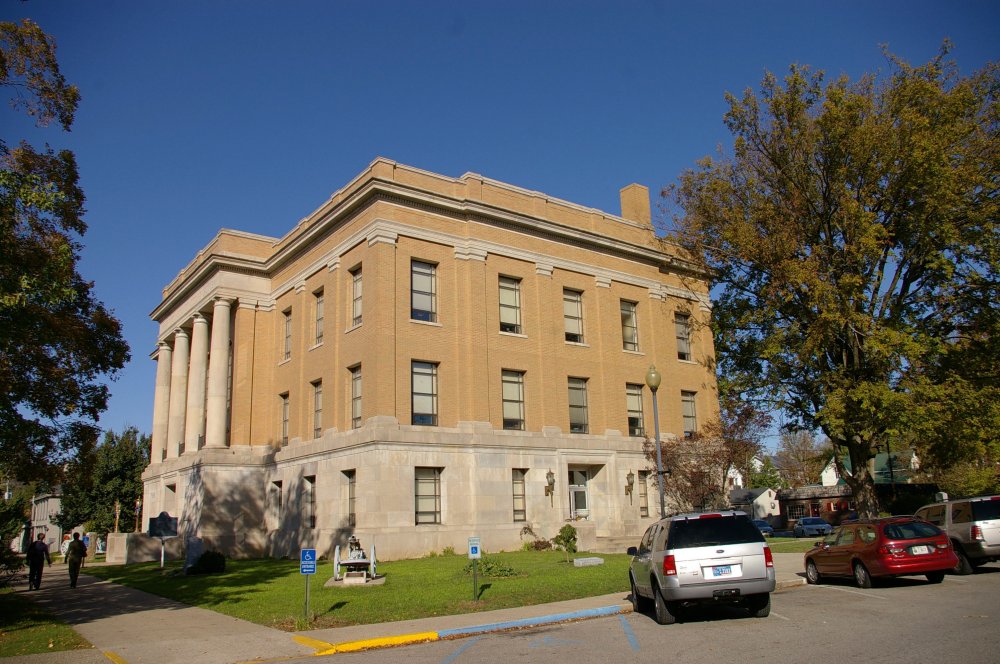 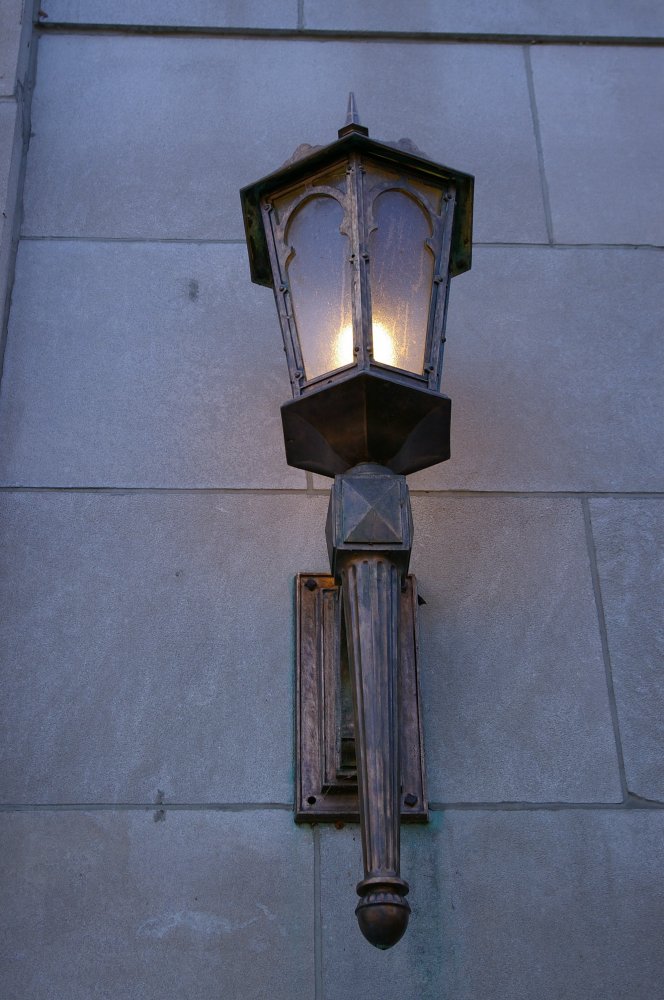 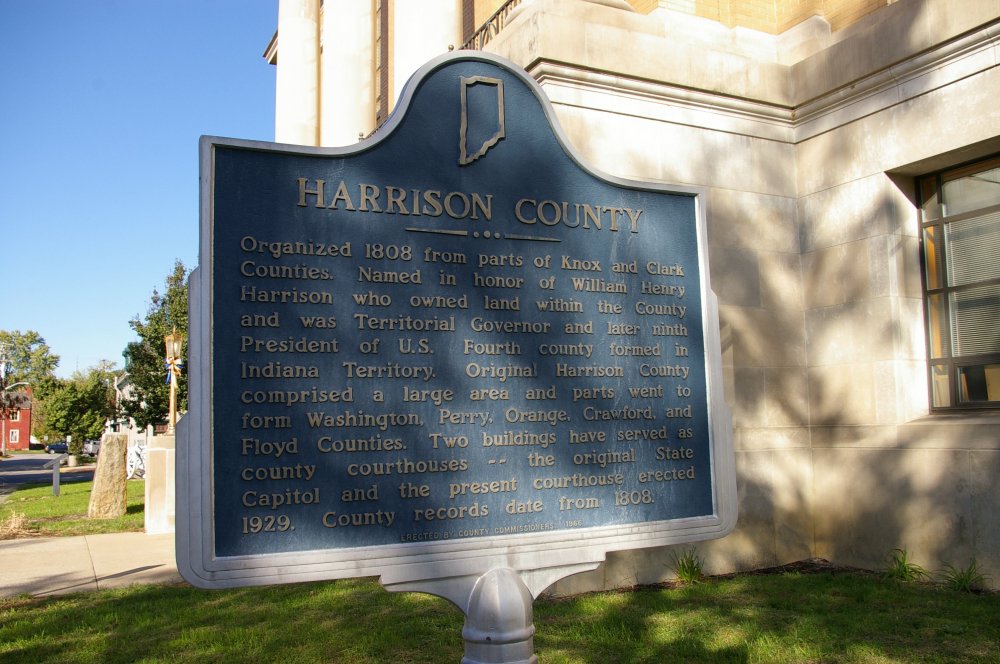 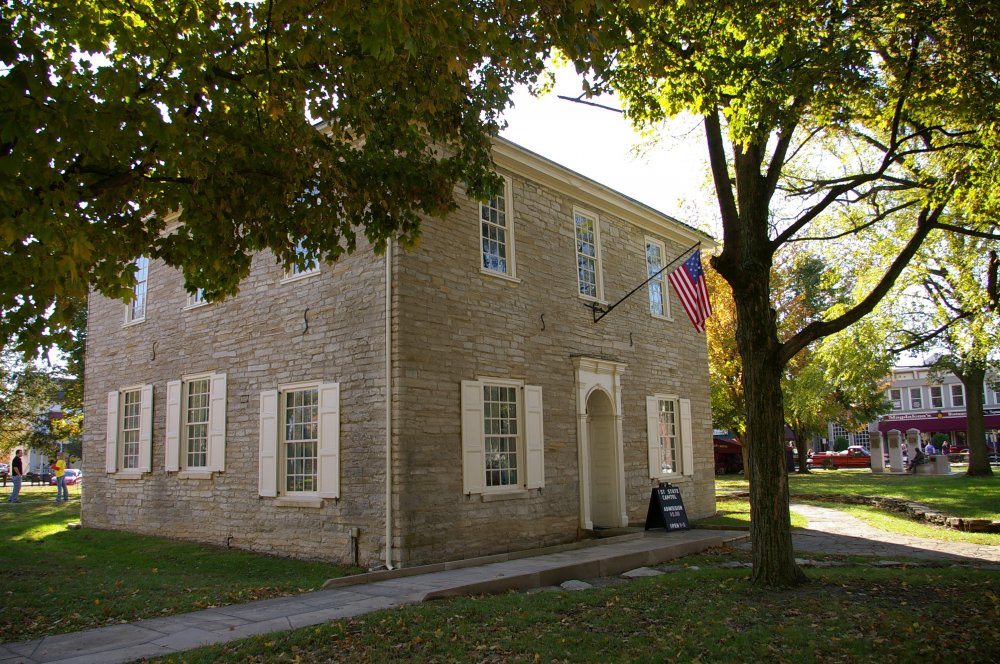 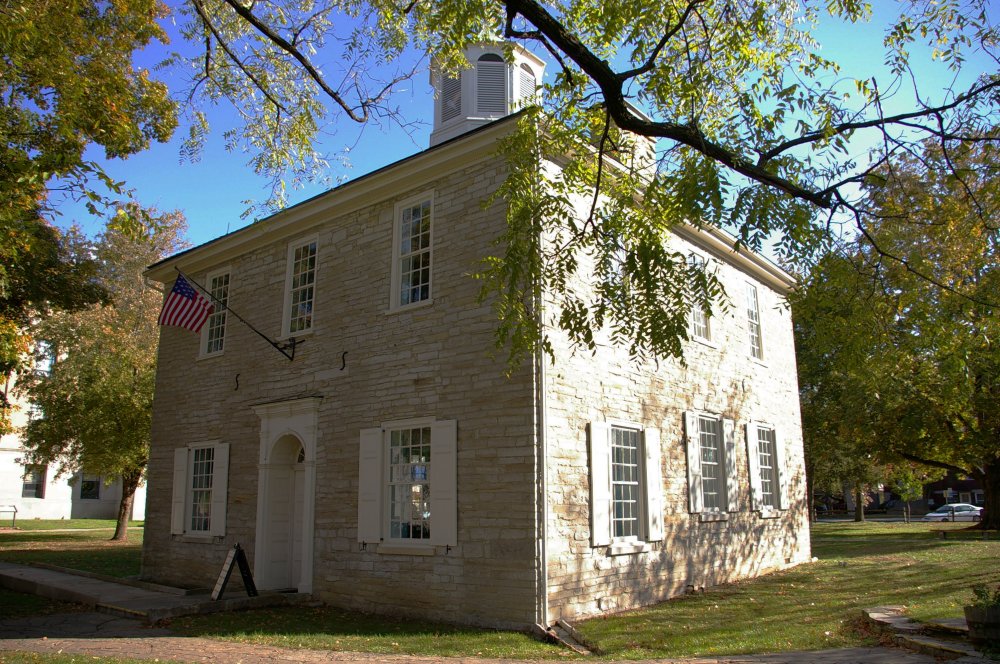 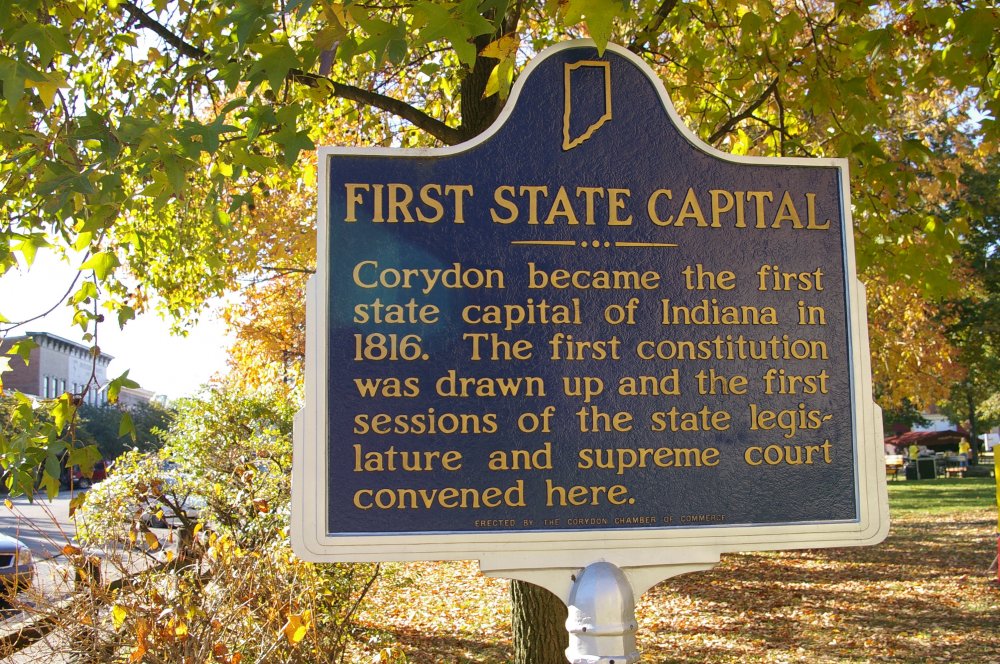 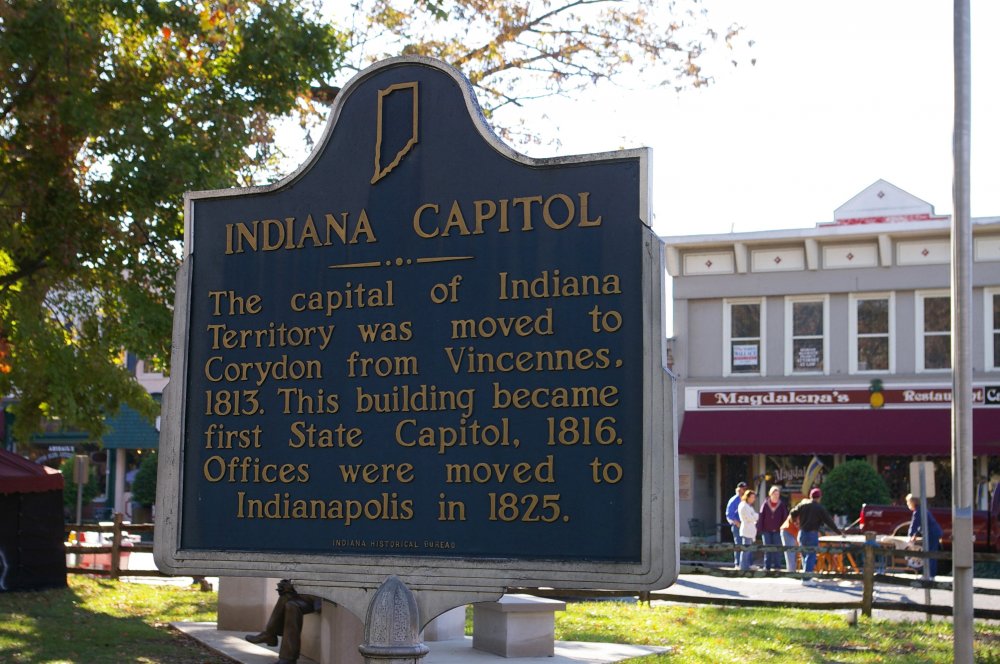