Grant County is named for Samuel Grant and Moses Grant, who were both Captains from Kentucky. 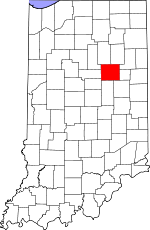 Description:  The building faces north and is a three story gray colored stone structure. The rectangular shaped building is located on the landscaped grounds of the Courthouse Square in the center of Marion. The north and south porticos have three arches on the first story and four columns rising from the second story to the top of the third story. Above are pediments. The east and west center sections project from the main building.  The roof is hipped. In the interior, the courtroom is located at the south end of the second story. In the 1950s, the courtroom was split into the Circuit Court courtroom and the County Superior Court courtroom which has two chandeliers and marble-like desks. The building houses the County Circuit Court and County Superior Court of the 14th Judicial District. The dome was removed in 1943. On the south east is the County Office Complex and to the northeast is the old Jail and Sheriff Residence.

See:  The architect, Elijah E Myers of Philadelphia, also designed the now demolished courthouse in Seneca County, Ohio and in Illinois in Knox County, Macoupin County and McDonough County and in Ohio in Lorain County. 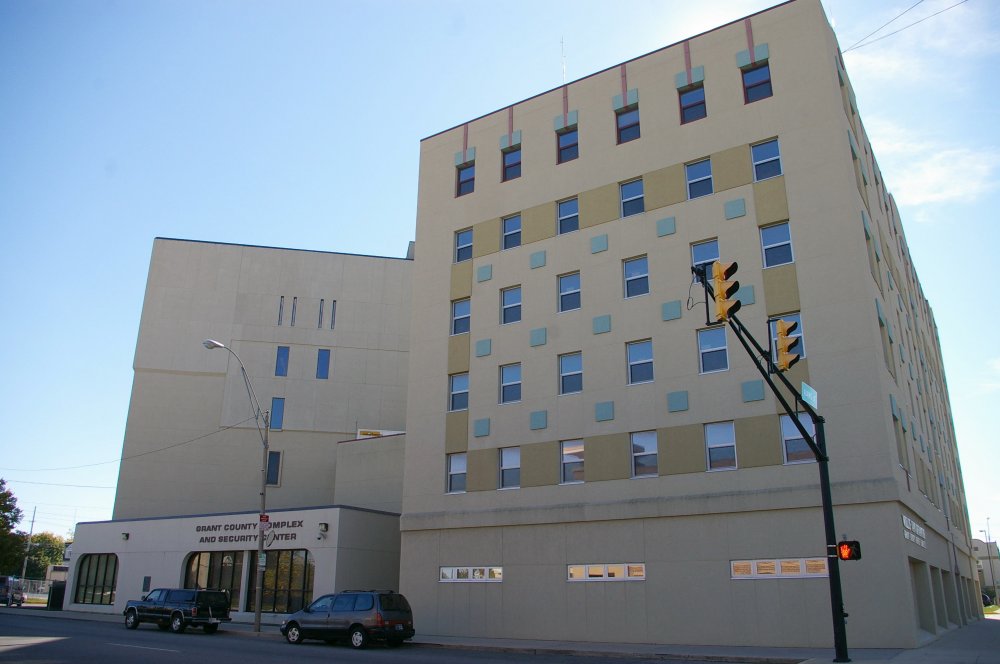 Description:  The building faces north and is a six story concrete structure. The building is located in the center of Marion to the southeast of the courthouse. The roof line is flat. The building is named as the Willis Van Devanter County Office Complex. 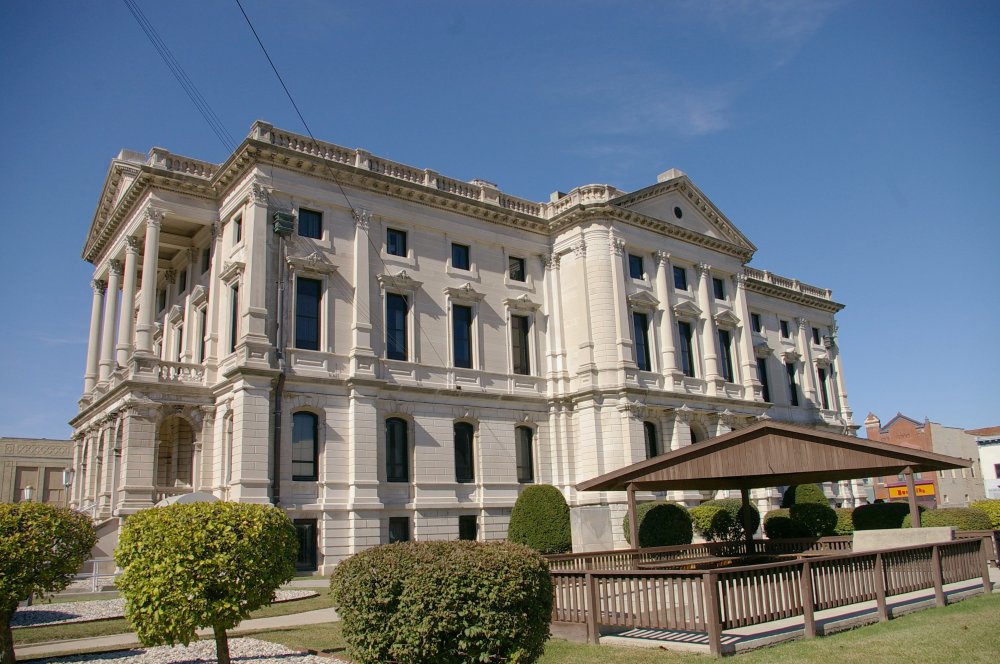 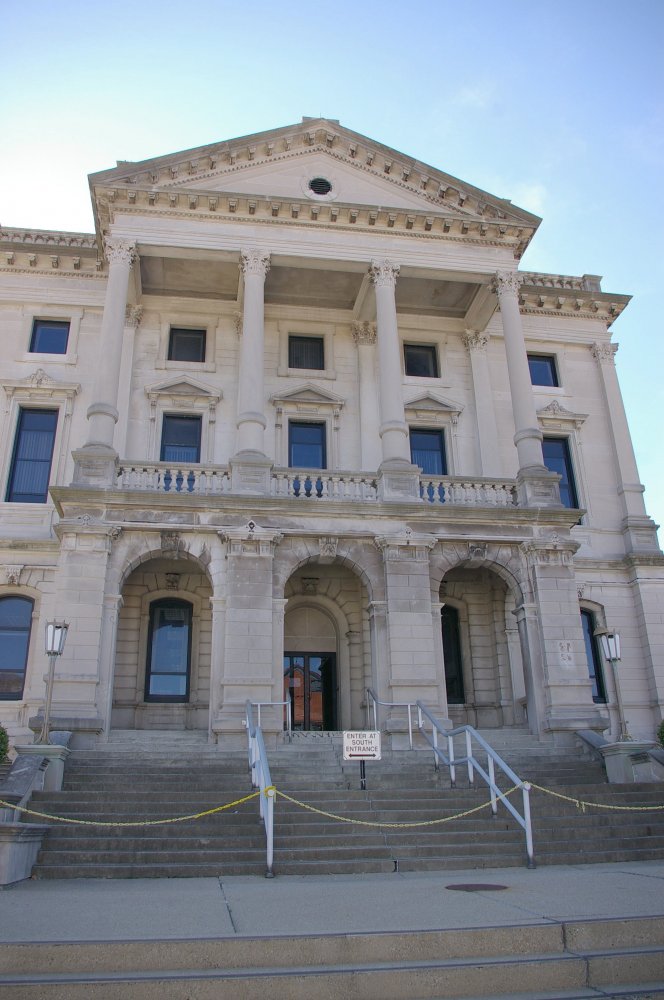 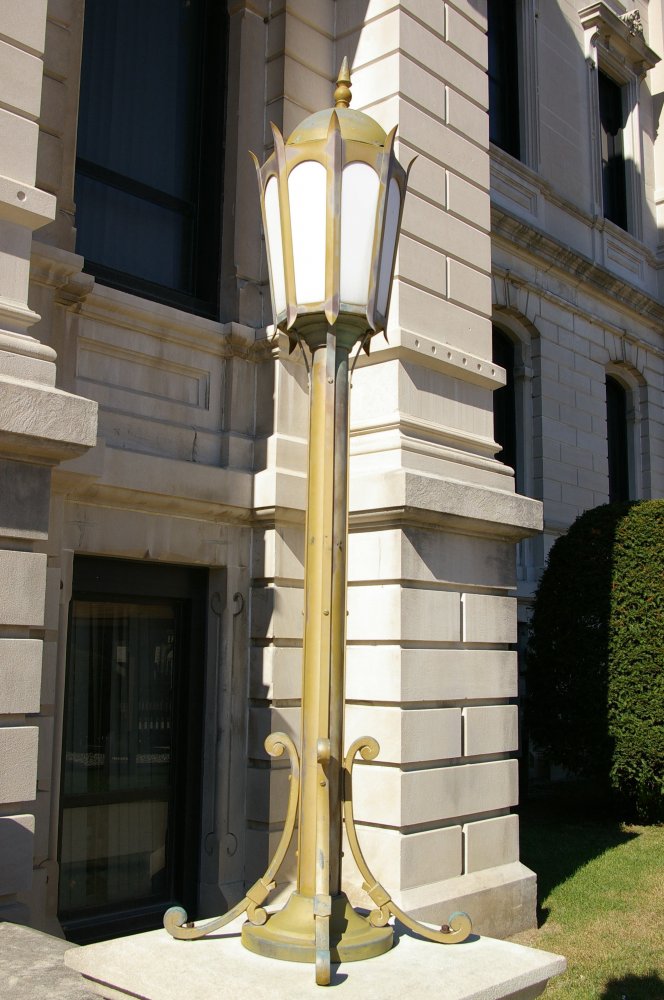 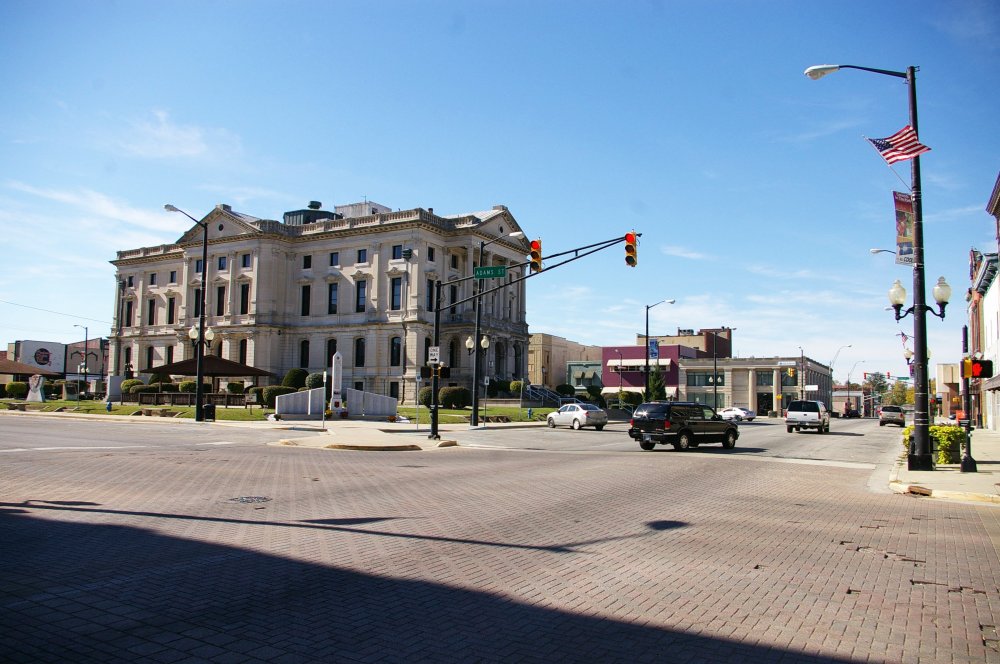 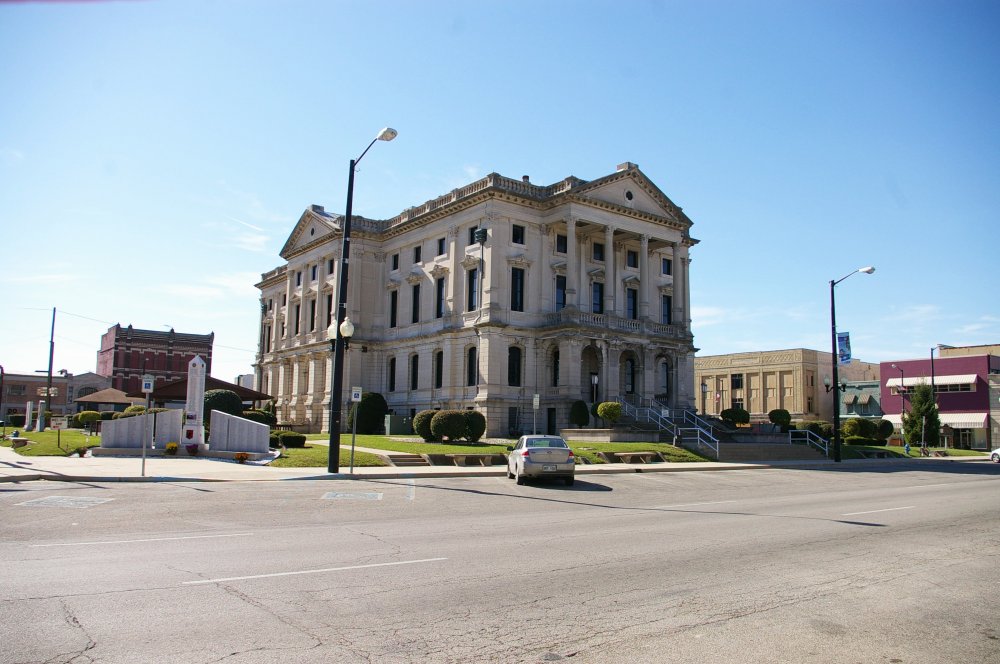 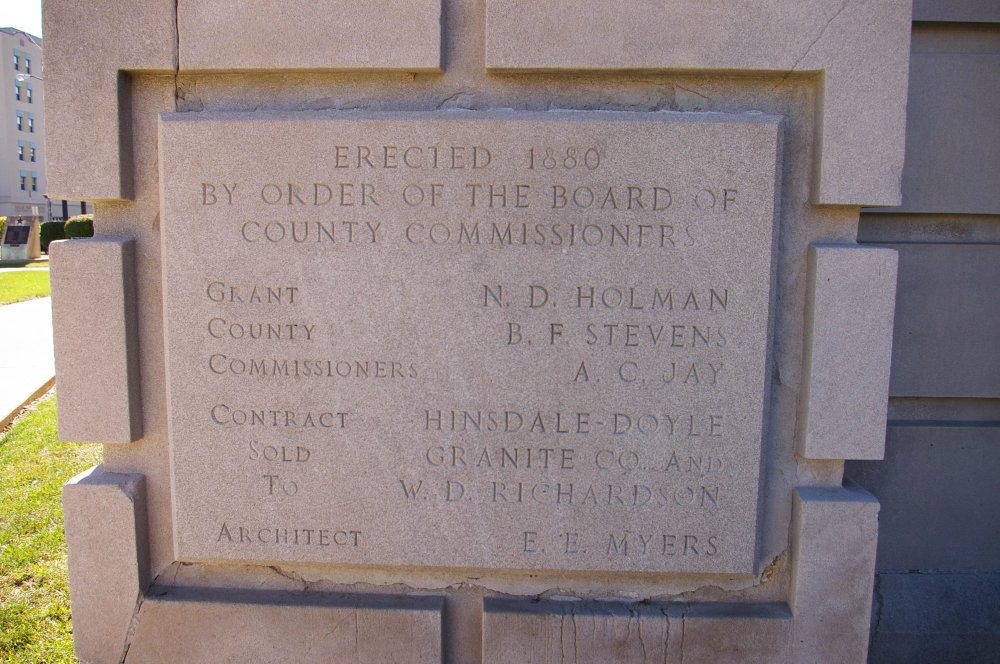 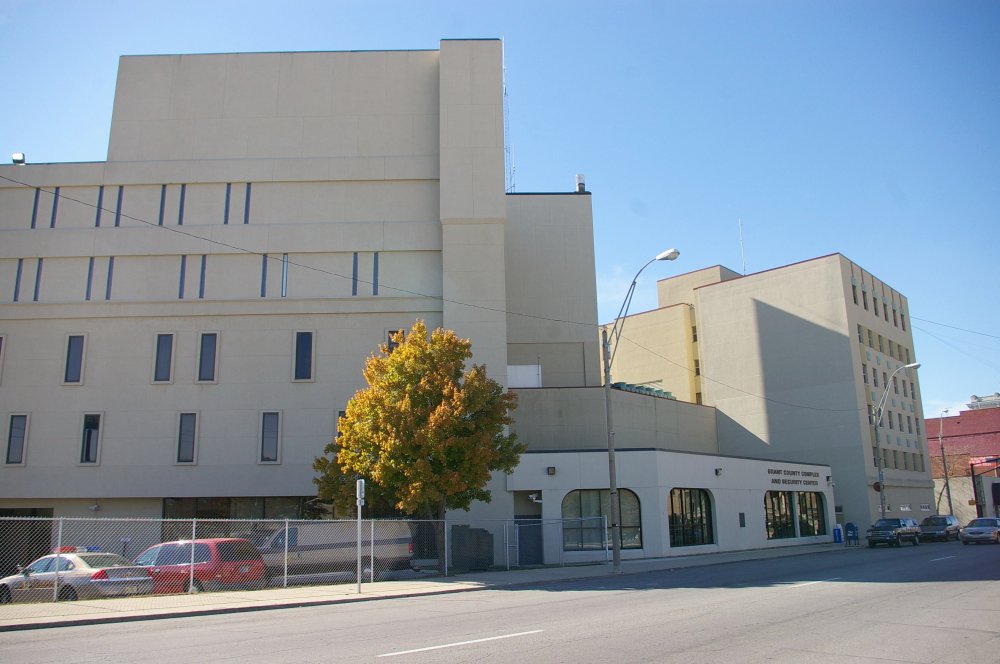 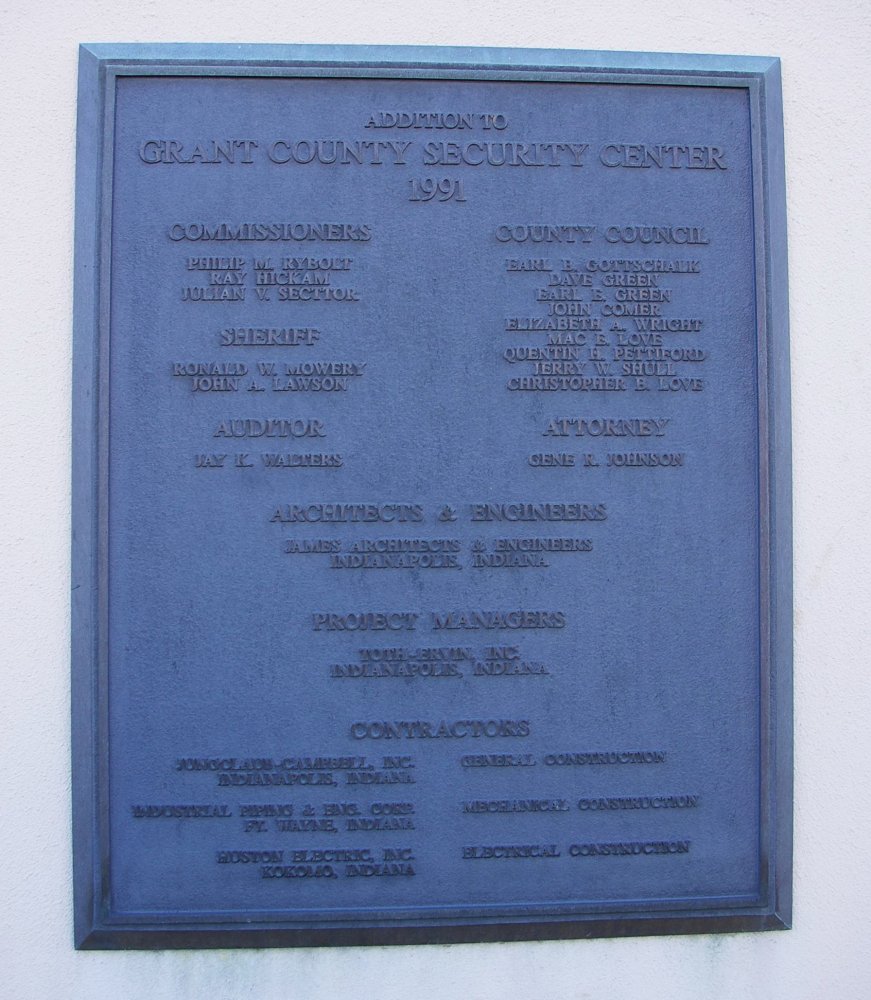 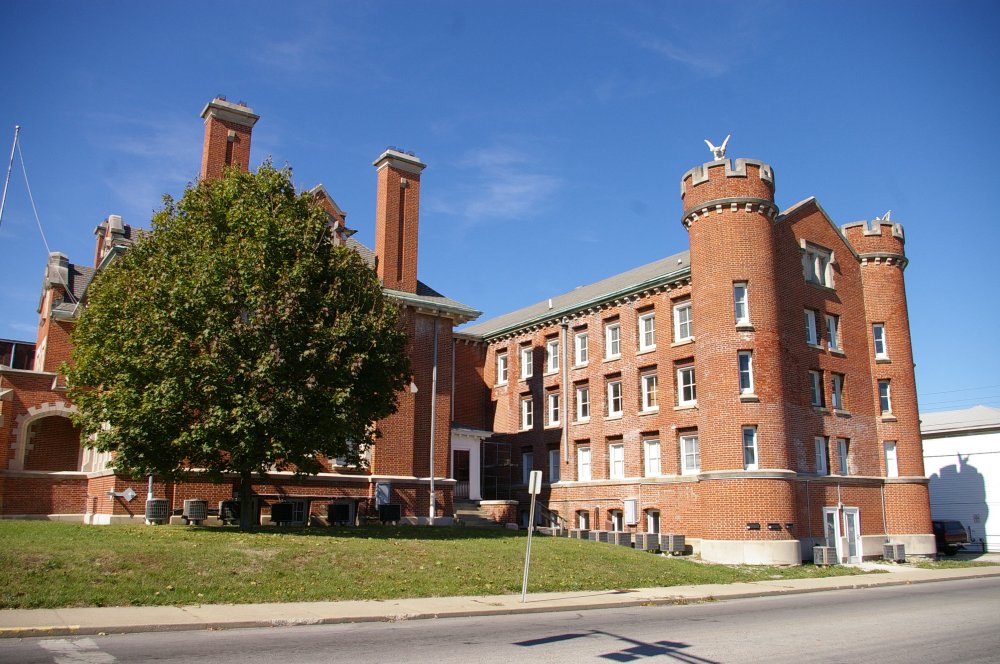 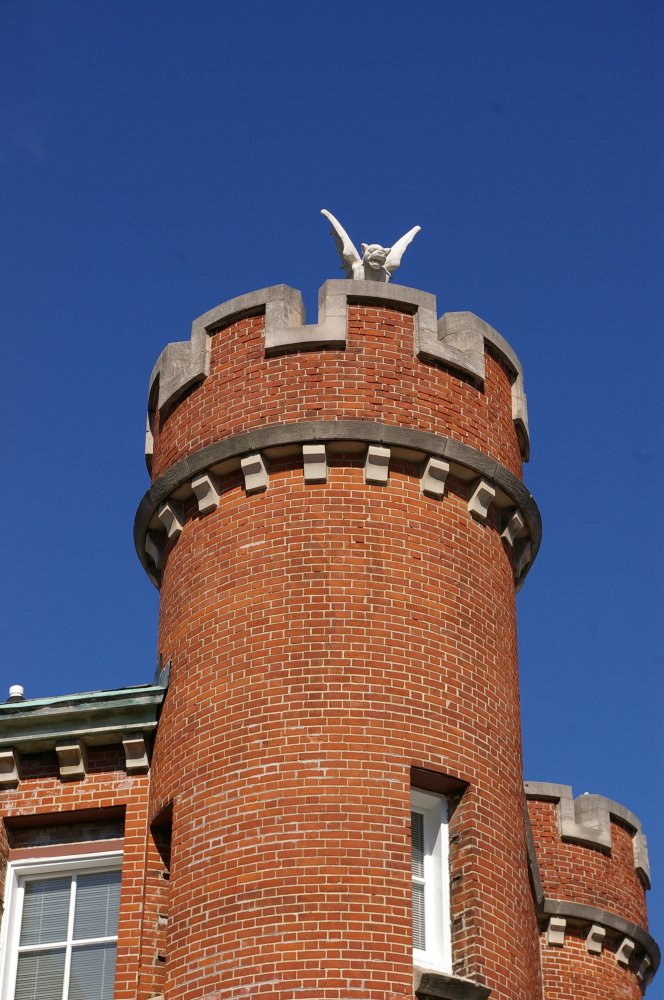