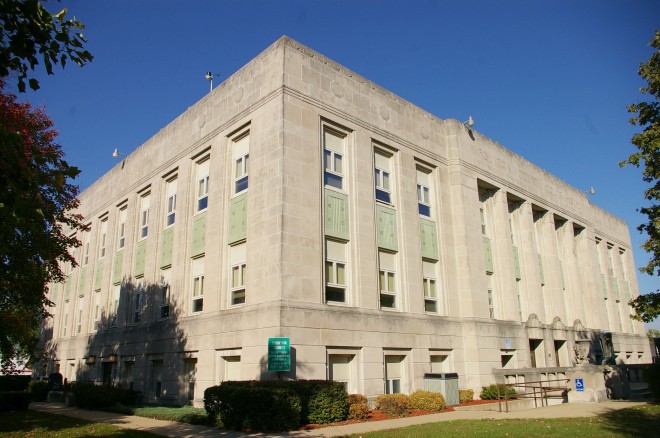 Fountain County is named for James Fontaine, who was a Kentucky Major killed at Harmar’s Defeat during the Northwest Indian War in 1790. 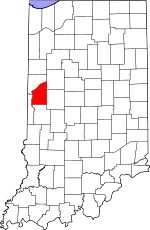 Description:  The building faces east and is a three story buff colored limestone  and concrette structure. The rectangular shaped building is located on the landscaped grounds of the Public Square in the center of Covington. The building has a raised basement. The east entrance has three rectangular stone framed entrances. The first story is horizontal stonework with vertical dividers on the second and third stories with recessed windows. The roof line is flat. In the interior, all of the floors are terrazzo with inlaid color motifs. The center has a large rectangular lobby with skylight and murals painted by Eugene F Savage depicting the history of the county.. There is a spectacular split stair with closed balustrade having a large zig-zag profile. There is pink colored marble facing on the stairs, balustrades piers and wainscoting. The courtroom is located at the north side of the second story. The building houses the County Circuit Court and the County Superior Court of the 11th Judicial District. 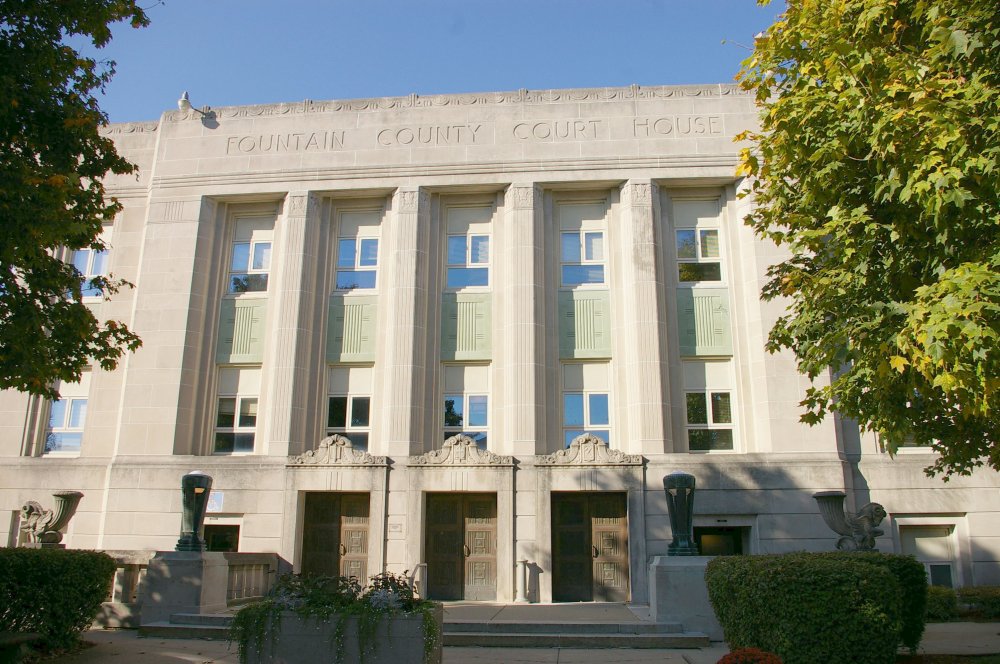 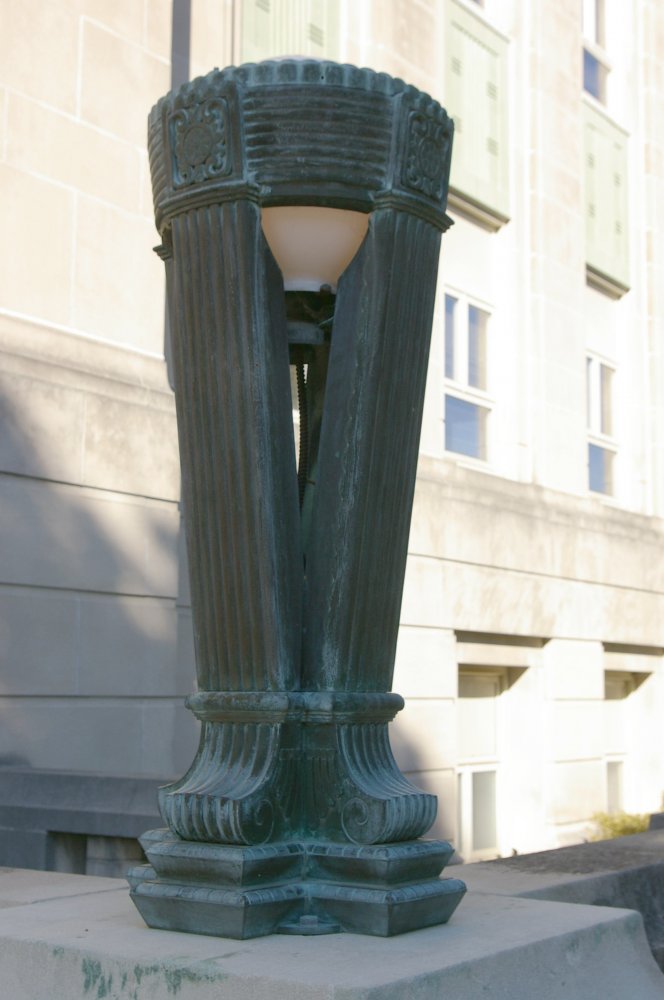 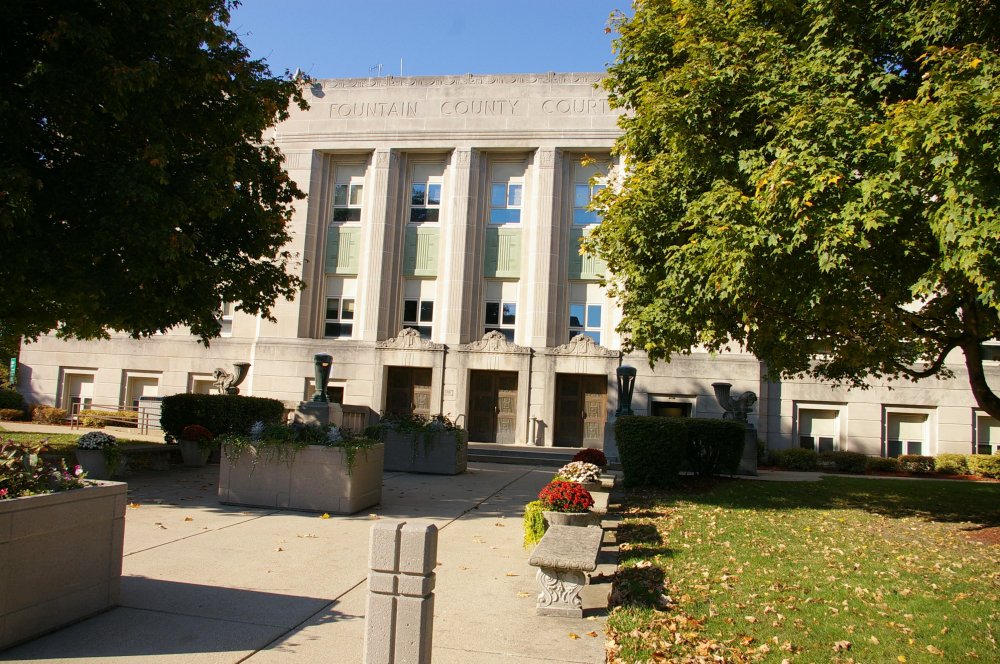 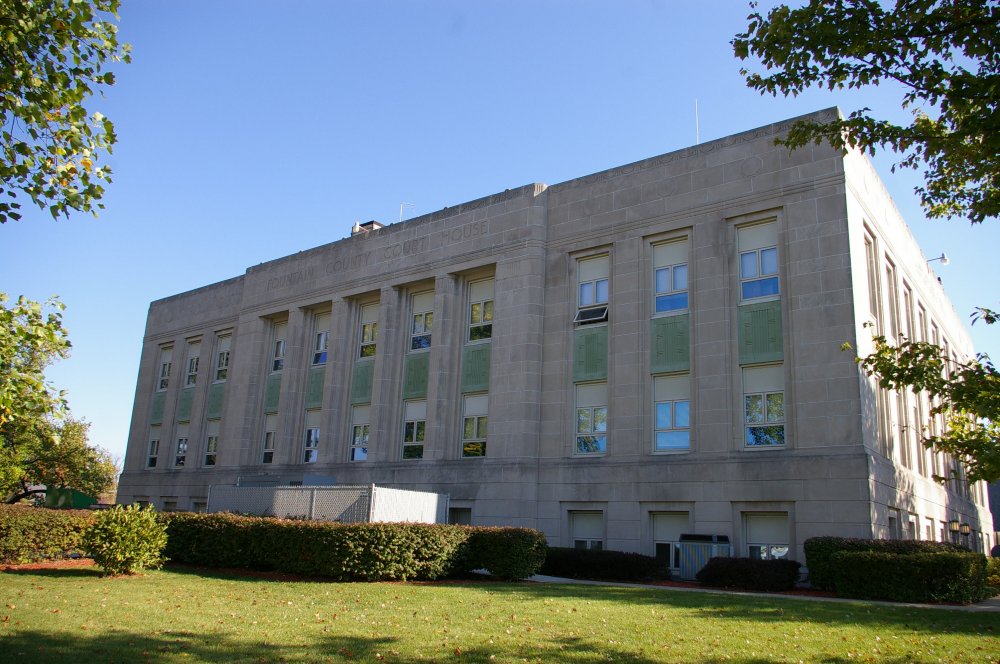 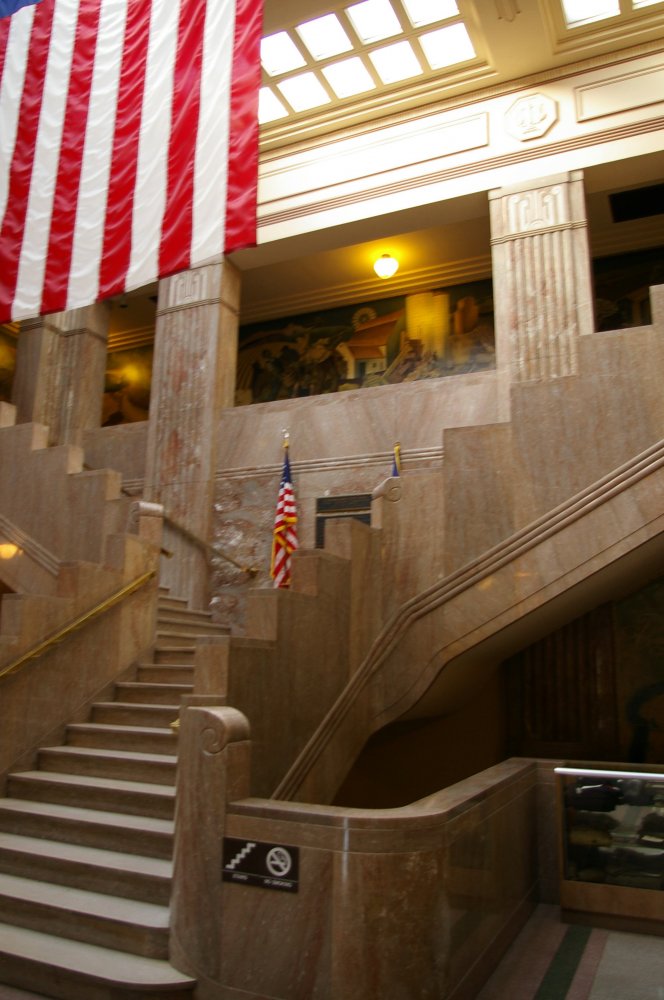 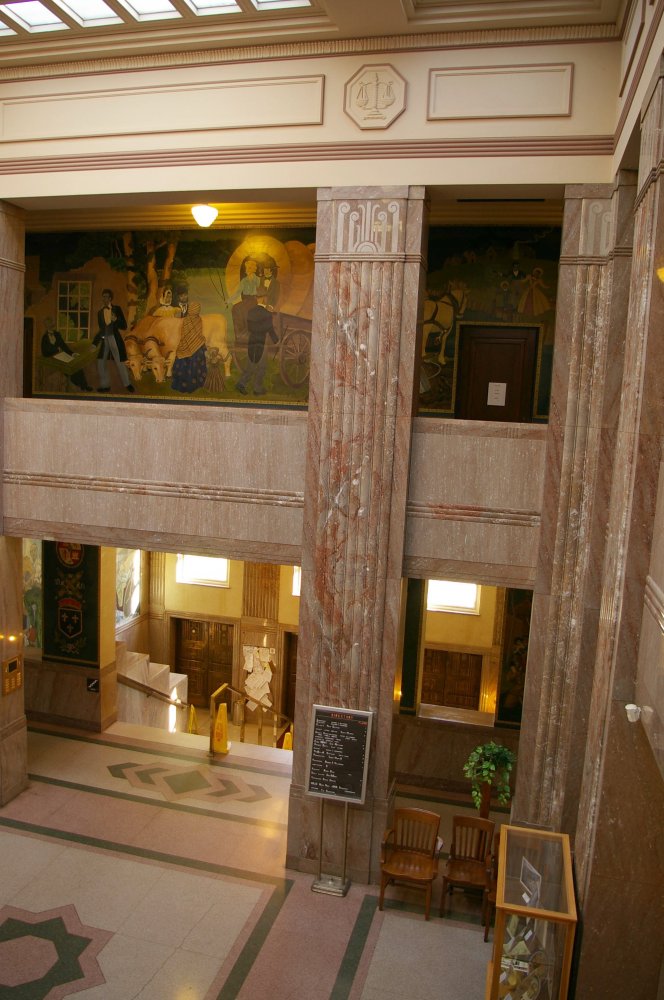 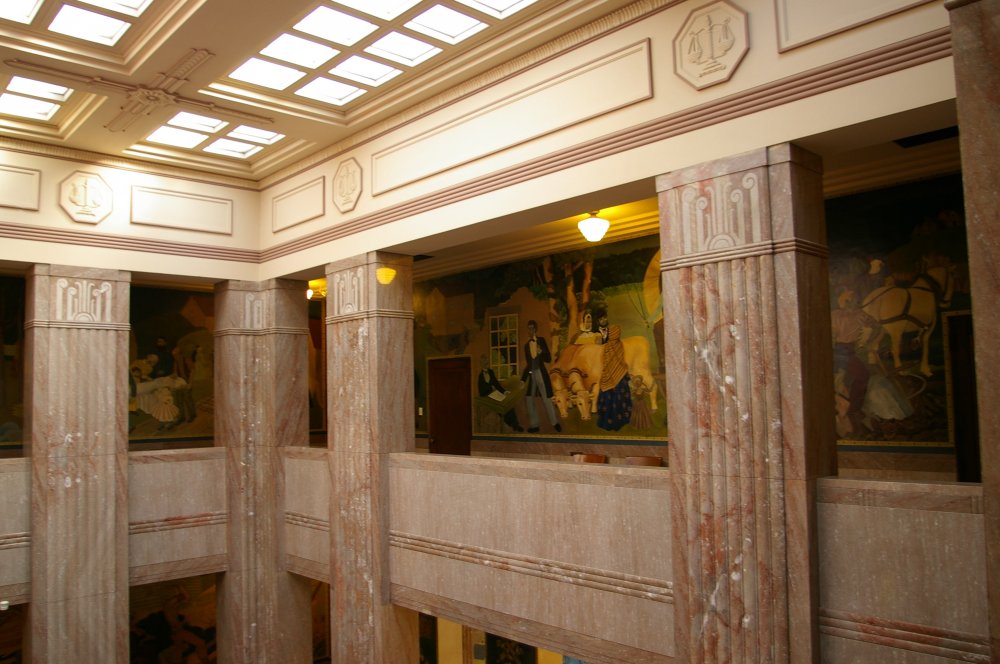 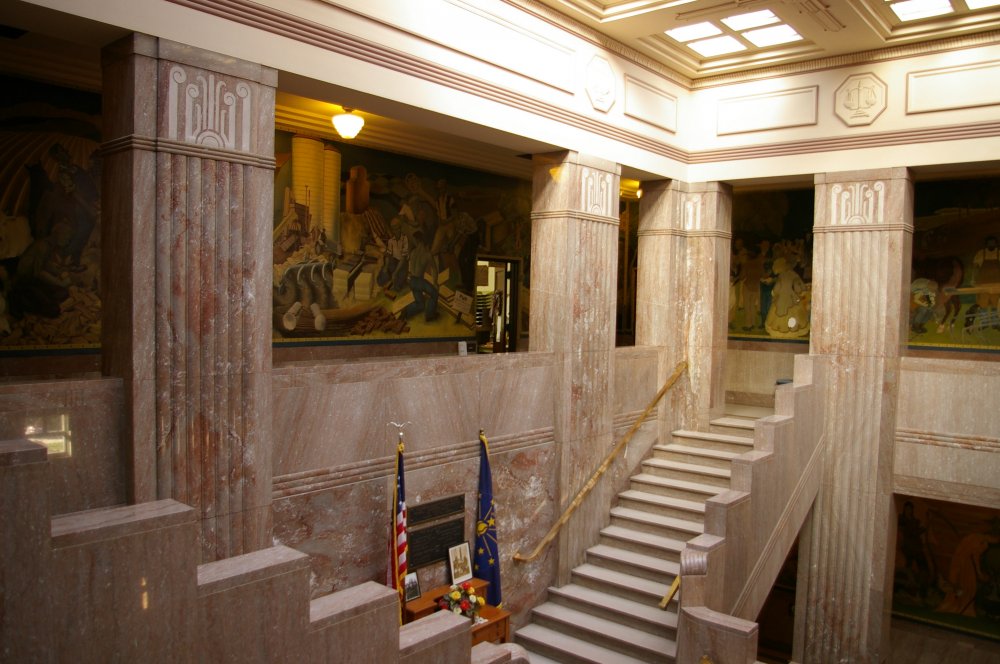 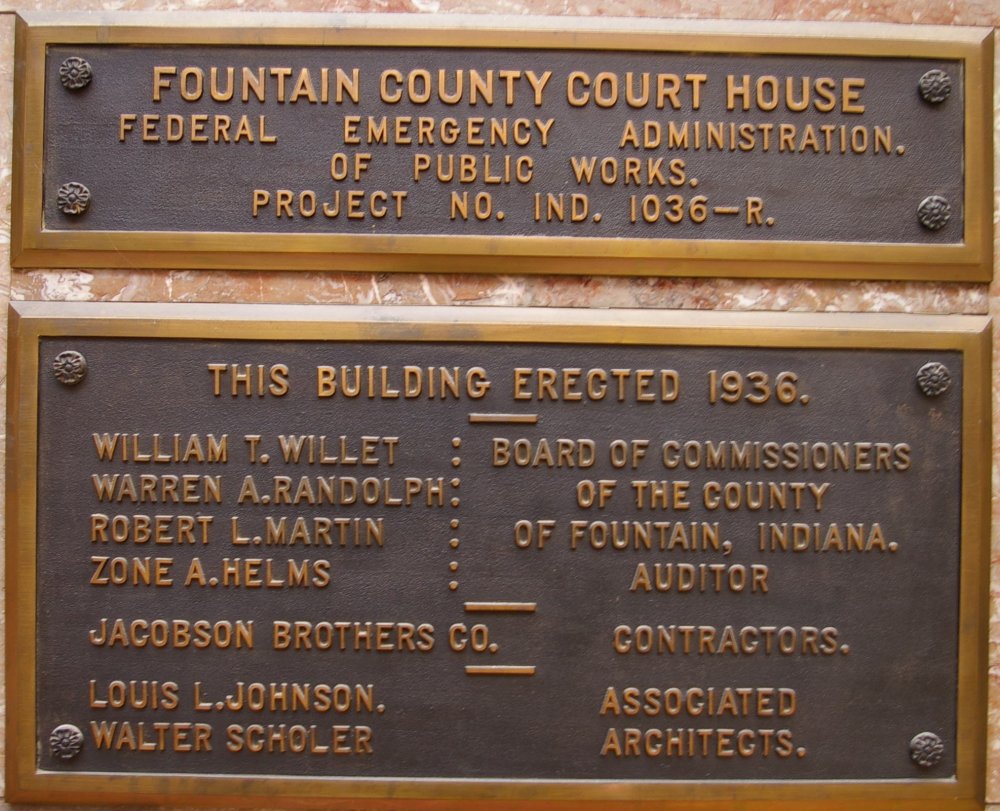