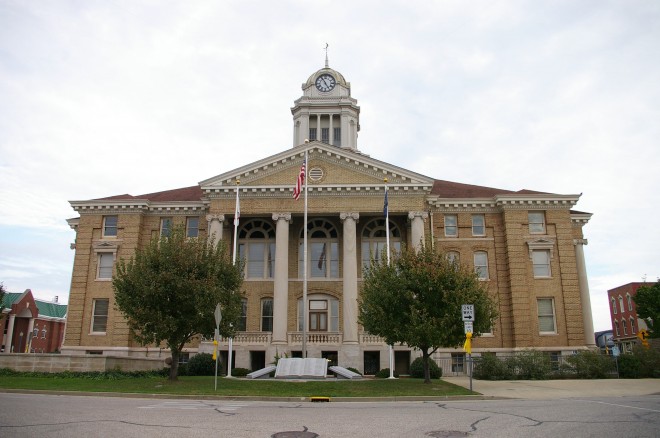 Dubois County is named for Toussant Dubois, who was a Frenchman and merchant living in Vincennes, and who fought in the American Revolutionary War, the Battle of Tippecanoe and the War of 1812. 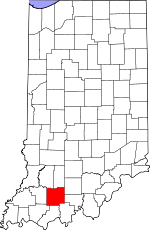 Description:  The building faces west and is a three story red colored brick and concrete structure. The building is located on the landscaped grounds of the Courthouse Square in the center of Jasper. On each side of the building is a large portico with four large columns rising to a pediment at the roof line. On the center of the roof is a tall square clock tower with gold dome. The base of the building is course stone. In the interior, the west-central portion of the building houses the courtroom. The large tripartite round arched windows visible on the west elevation light this room, which retains the original judge’s bench and floor mounted swiveling juror’s chairs Paneling and carpeting were installed in the historic courtroom and new courtroom. Typical doors in the new courtroom are flush birch doors and modern casings. The original pressed metal ceiling is in place behind the suspended ceiling in the newer courtroom. The building houses the County Circuit Court and County Superior Court of the 25th Judicial District. The building was renovated in 1996. 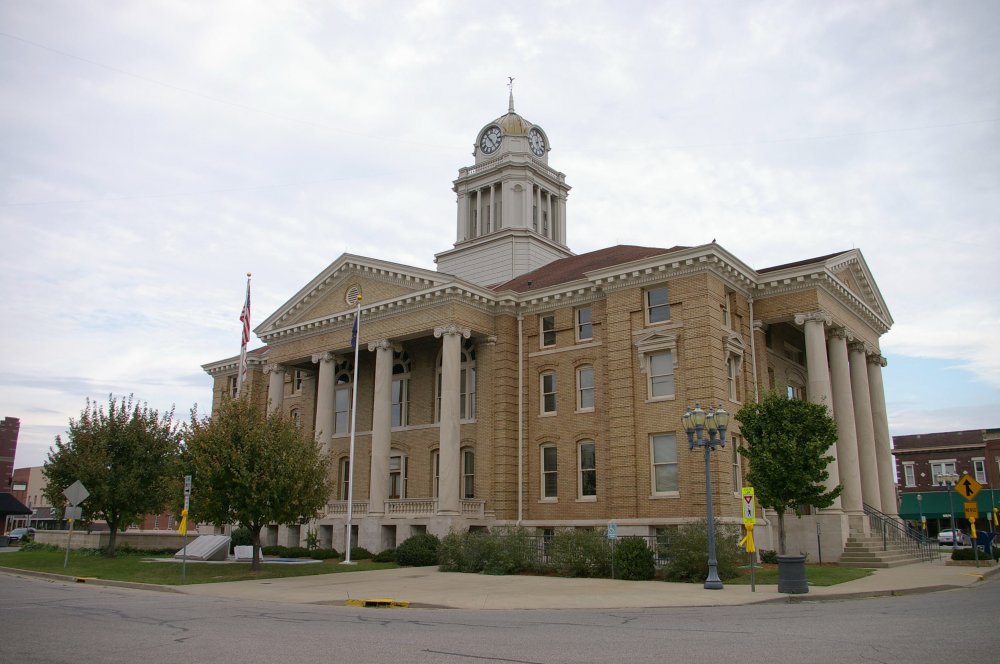 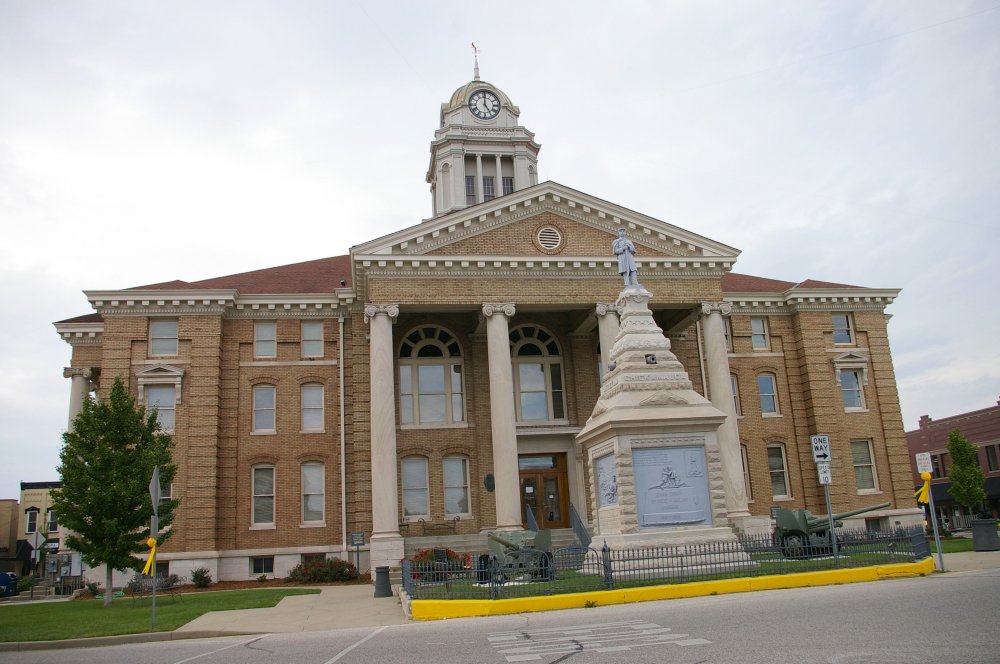 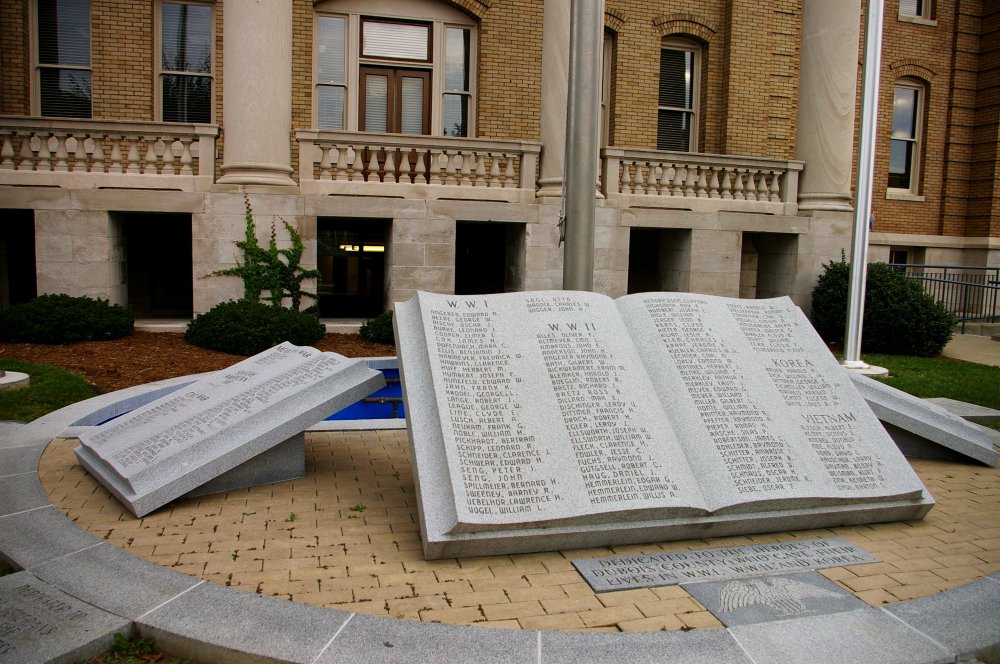 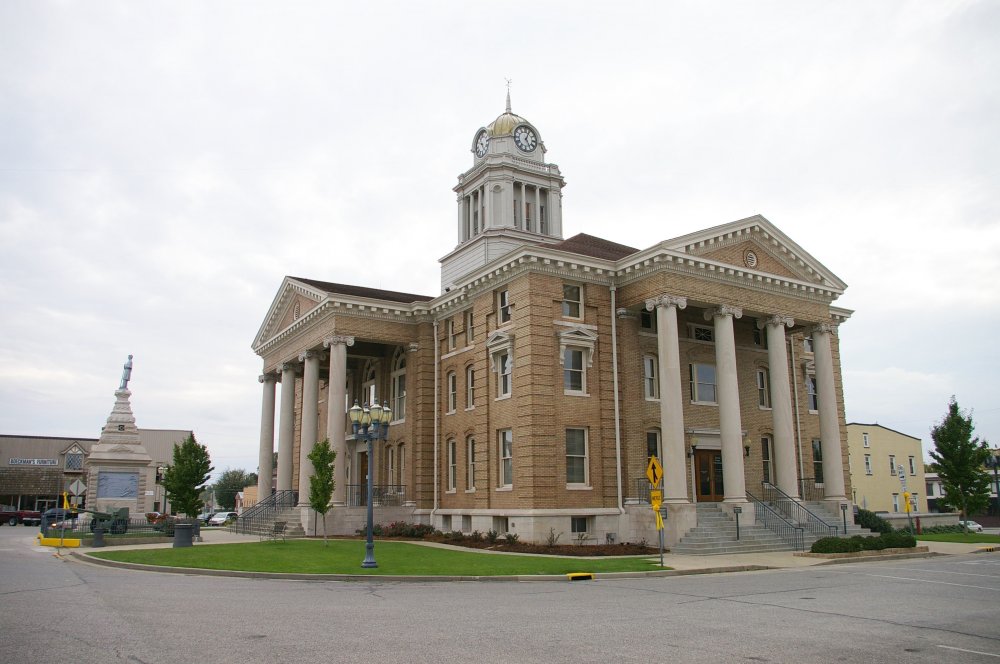 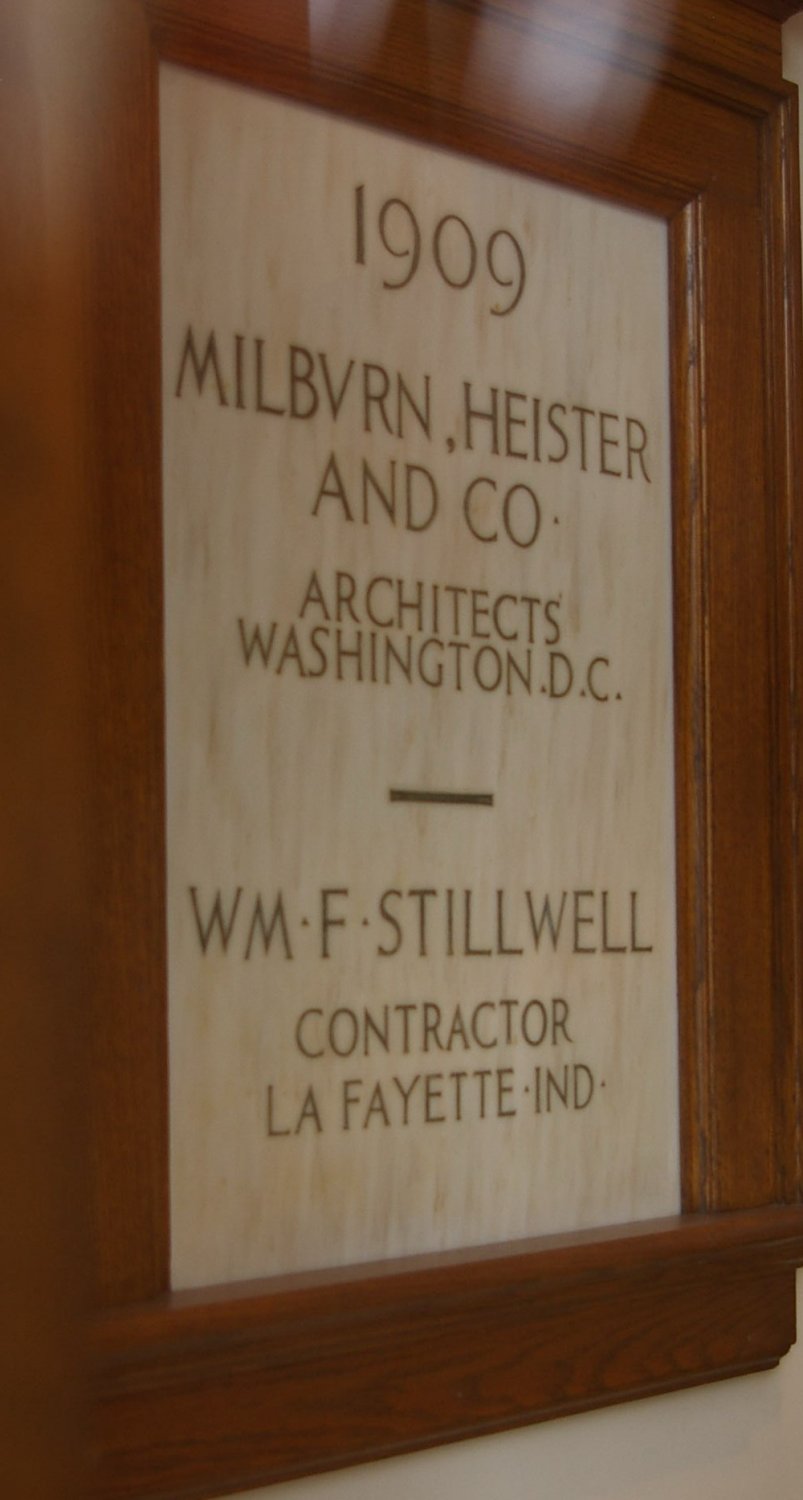