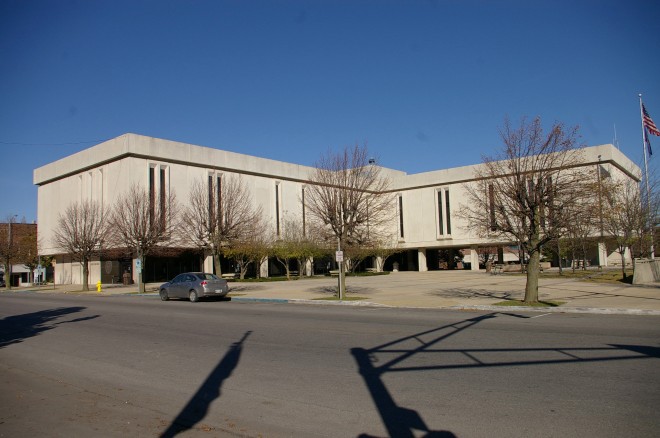 Delaware County is named for the Delaware Native American people. 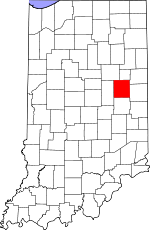 Description:  The building faces east and is a three story white colored concrete and glass structure. The building is located on landscaped grounds in the center of Muncie and is an “L” shape with plaza on the east side. The first story is raised on concrete pillars on the east side. The east wing is raised on pillars with the main entrance underneath. The windows are narrow and vertical. A wide concrete band follows the flat roof line. The ‘Indian’, ‘Industry’, and ‘Agriculture’ statues were removed from the 1887 courthouse and now stand at the west side of the building. 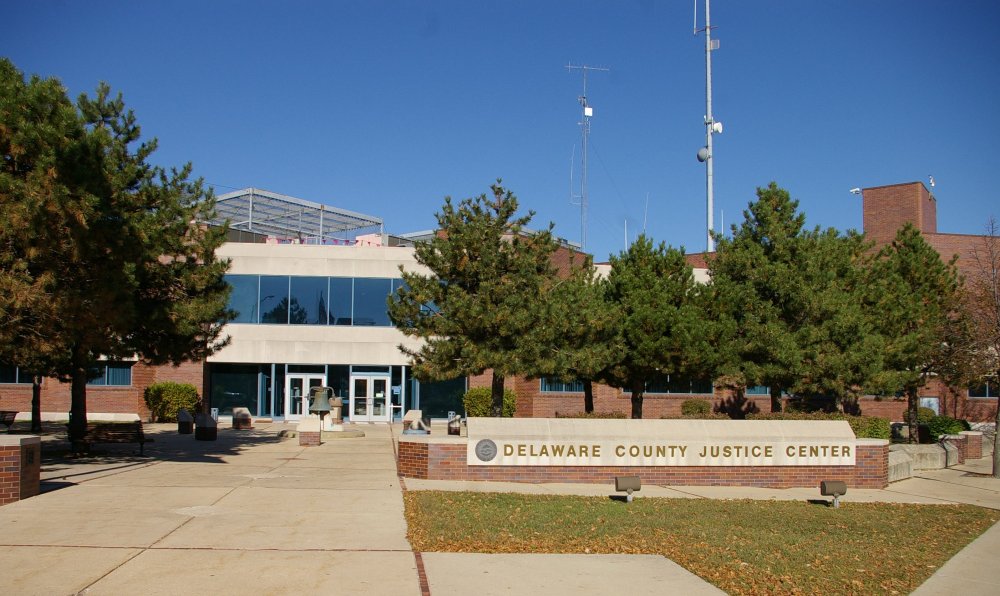 Description:  The building faces southeast and is a two story red colored brick, concrete and glass structure. The building is located on landscaped grounds in the center of Muncie on the north side of the courthouse. The building is triangular in shape with a plaza on the southeast side. The roof line is flat.

Note:  The cost of construction was 63,000,000. The original architects, Graham, Love & Graham were replaced by J Robert Taylor. There were many cost overruns and the contractor went bankrupt. 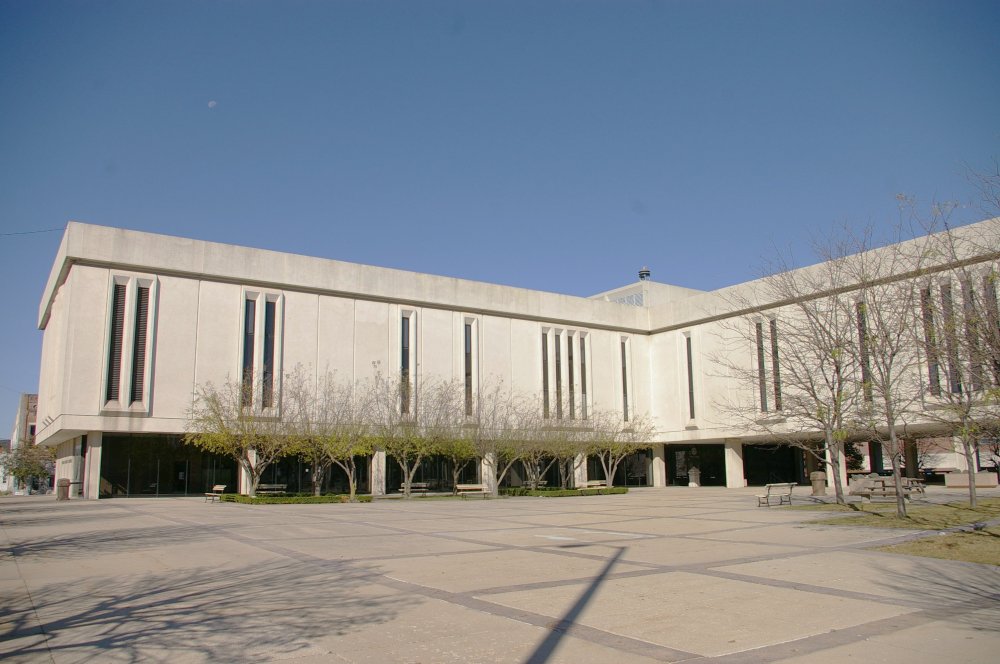 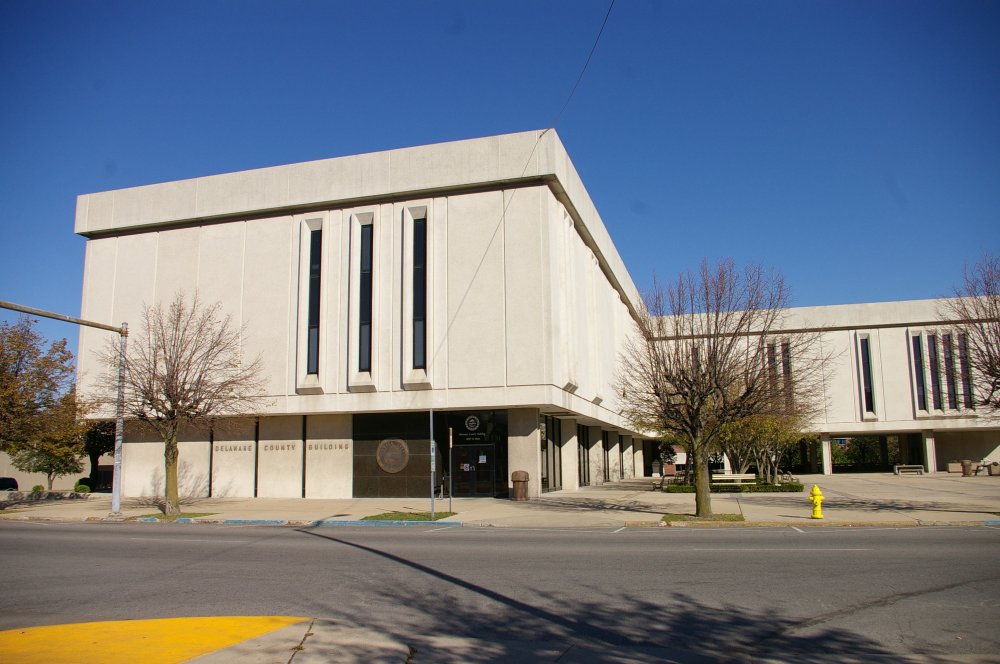 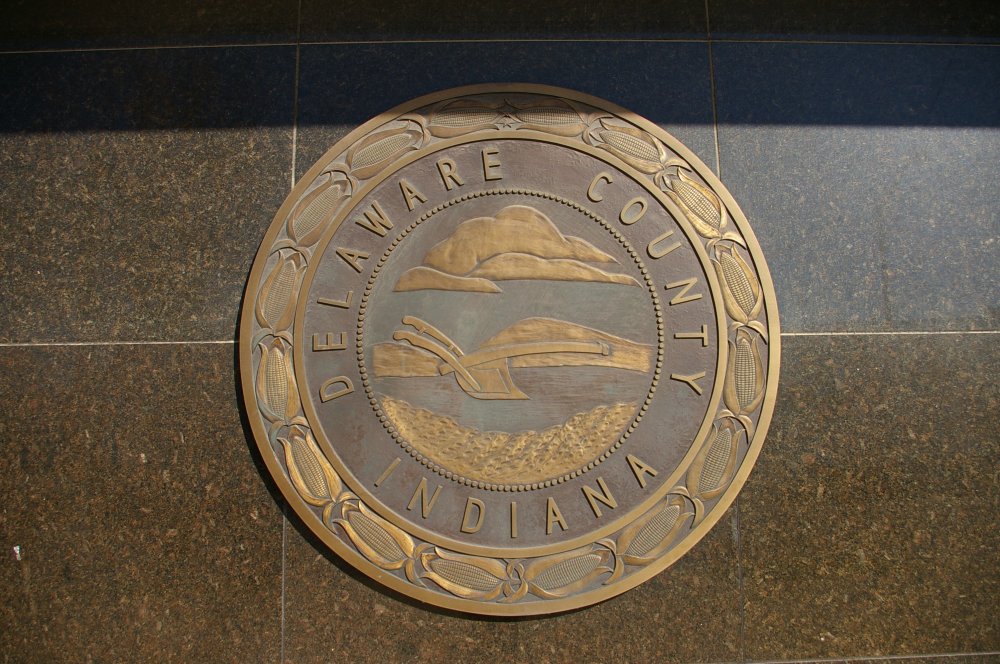 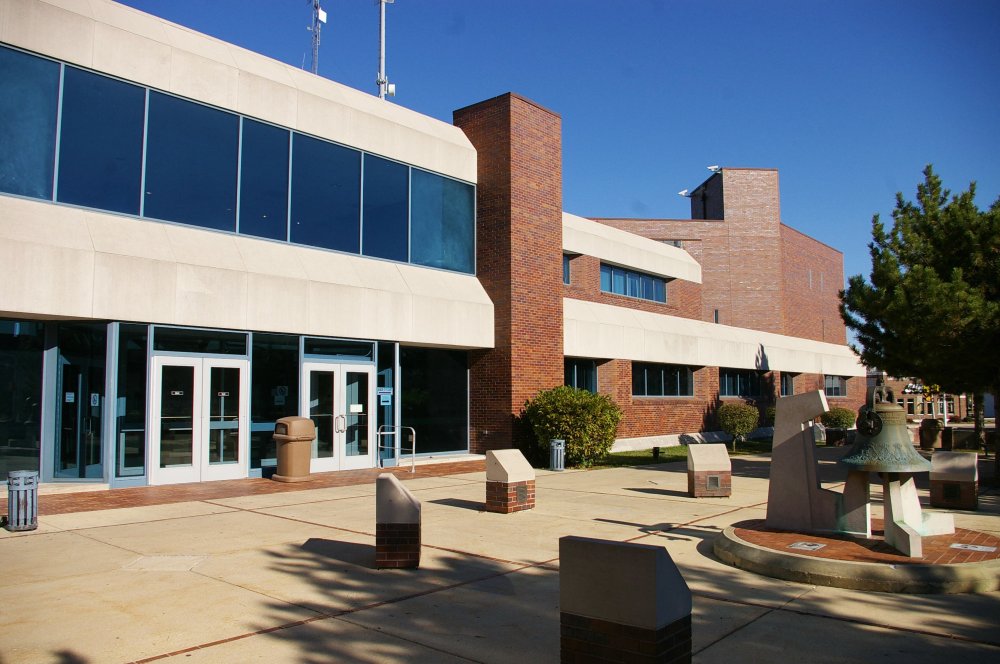