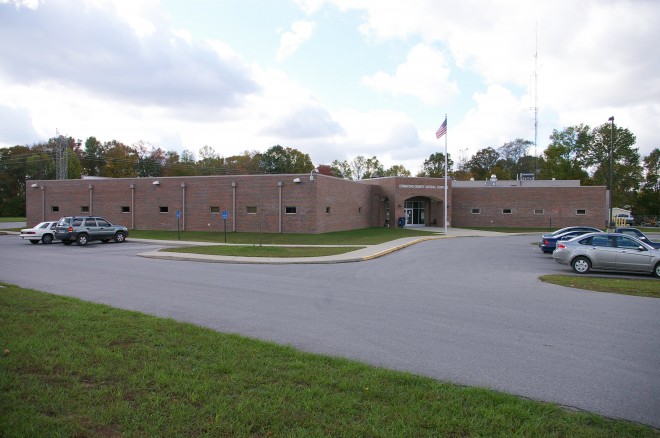 Description:  The building faces north and is a one story red colored brick and concrete  structure. The low building forms a “V” at the north side with the large entrance arch in the center. The windows are small. The roof line is flat. 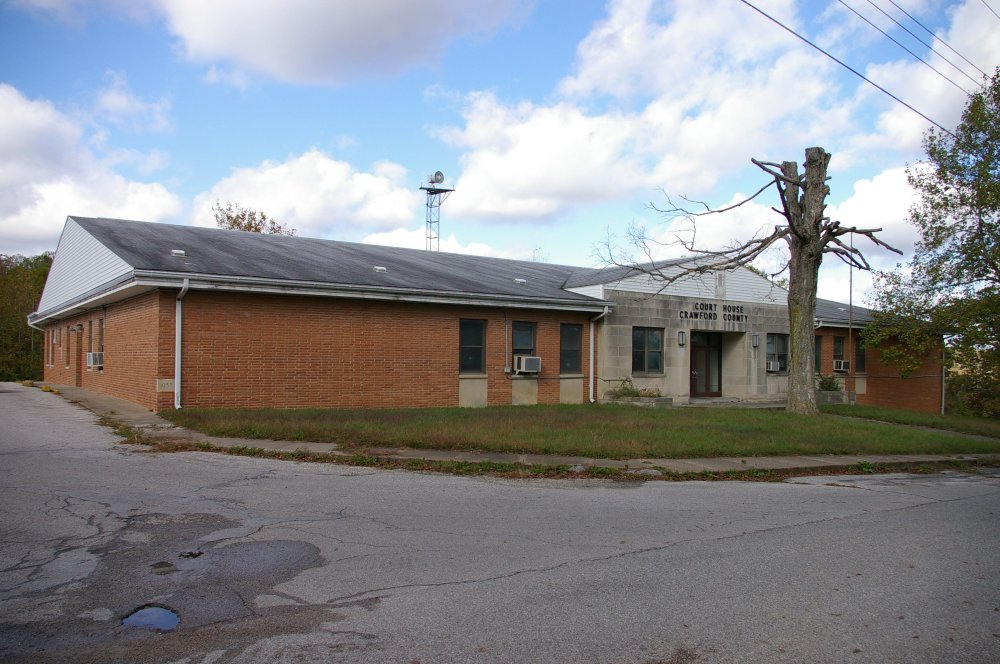 Note: The first courthouse was built by Allan D Thom in Fredonia in 1822. The second courthouse was designed by Oliver W Marble and constructed in English in 1895. 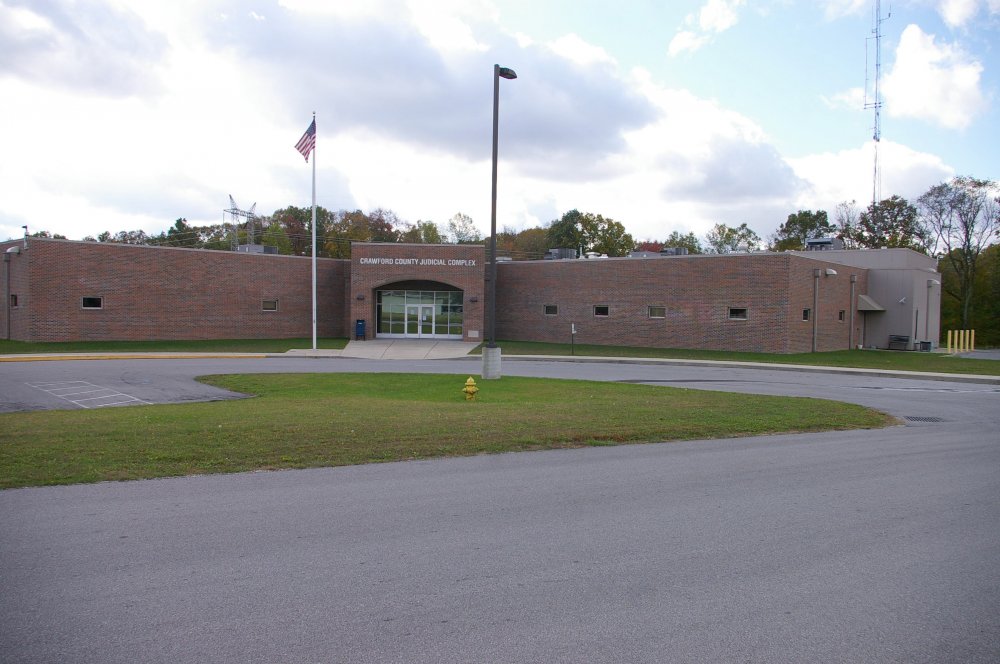 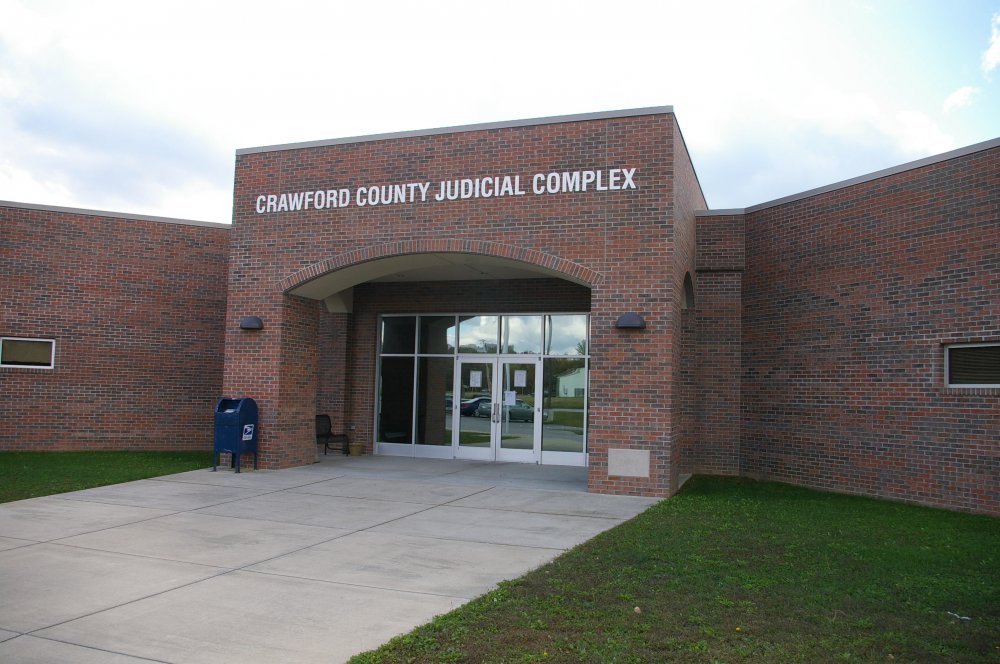 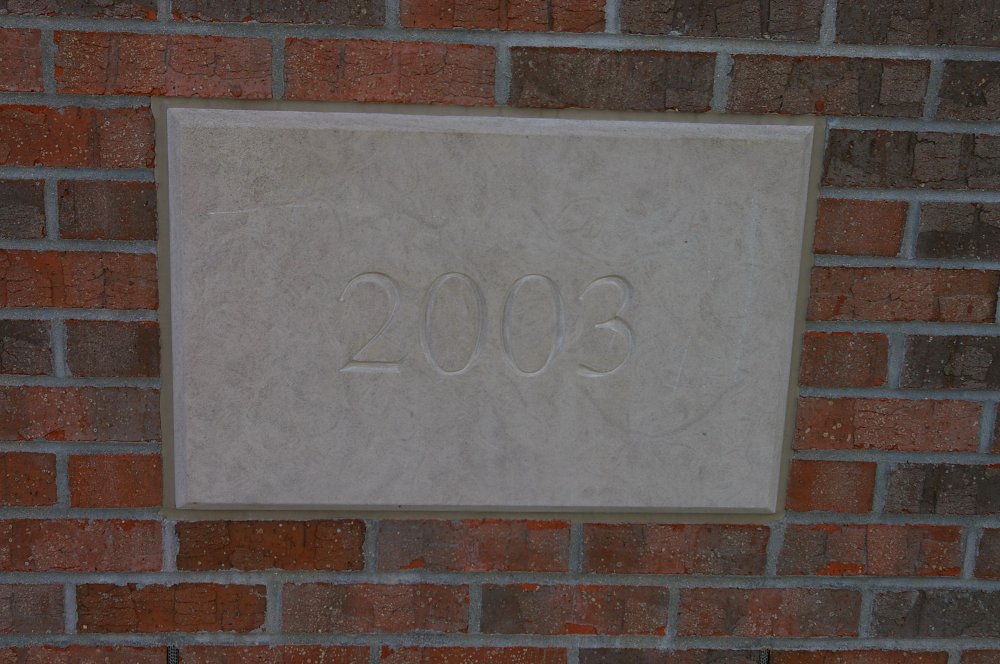 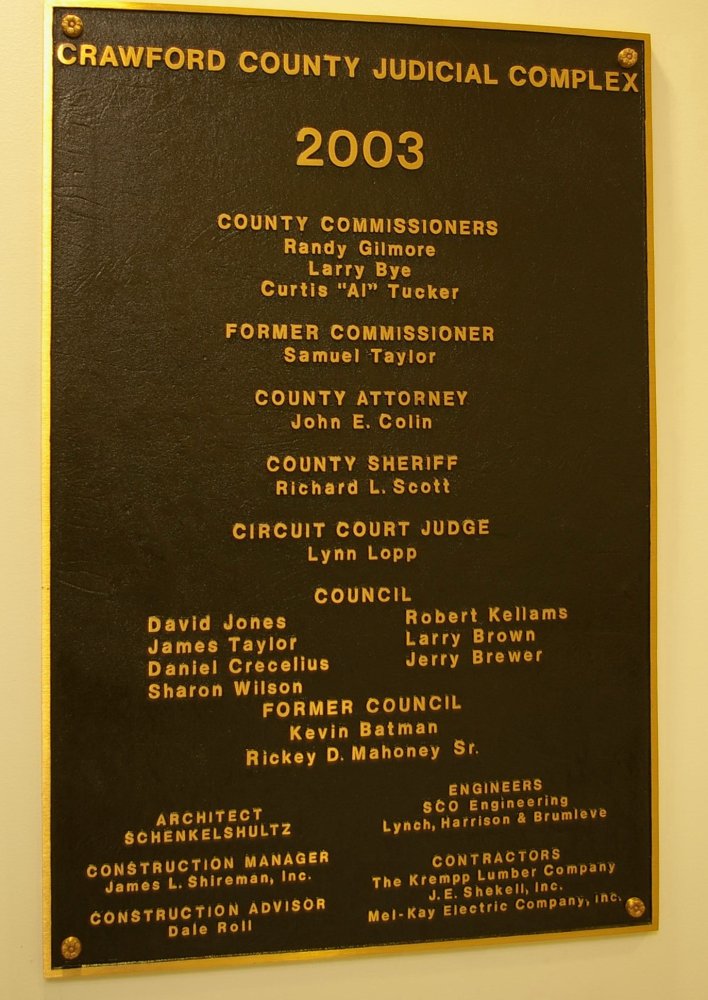 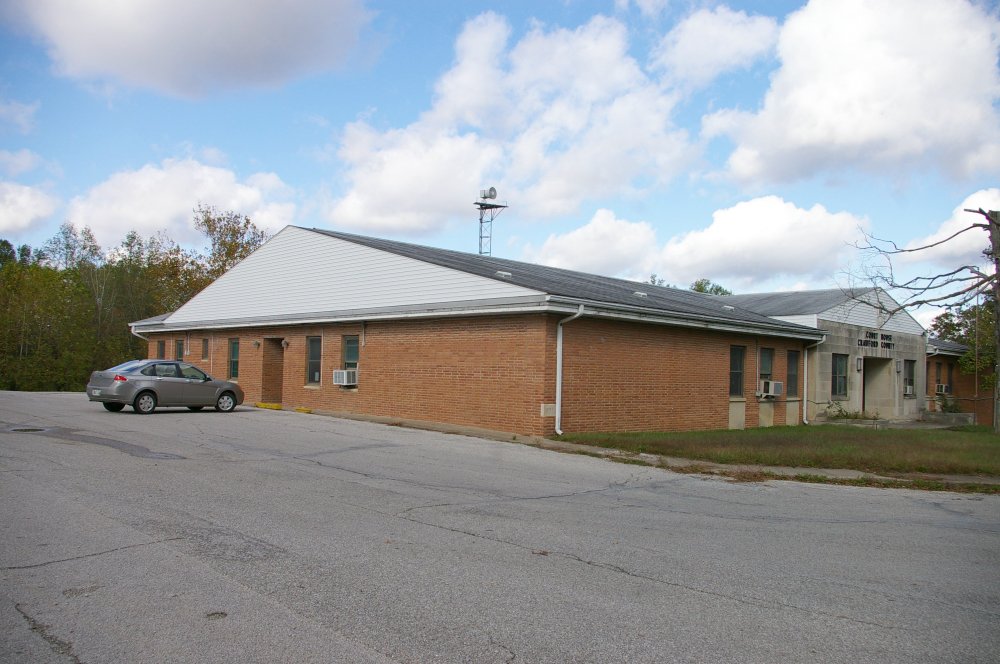 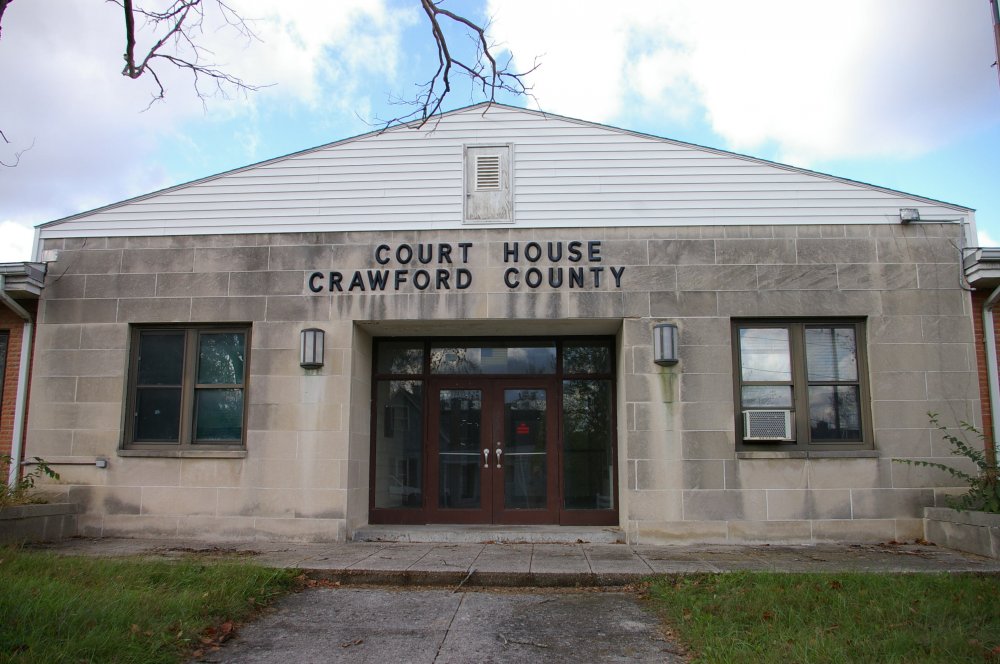 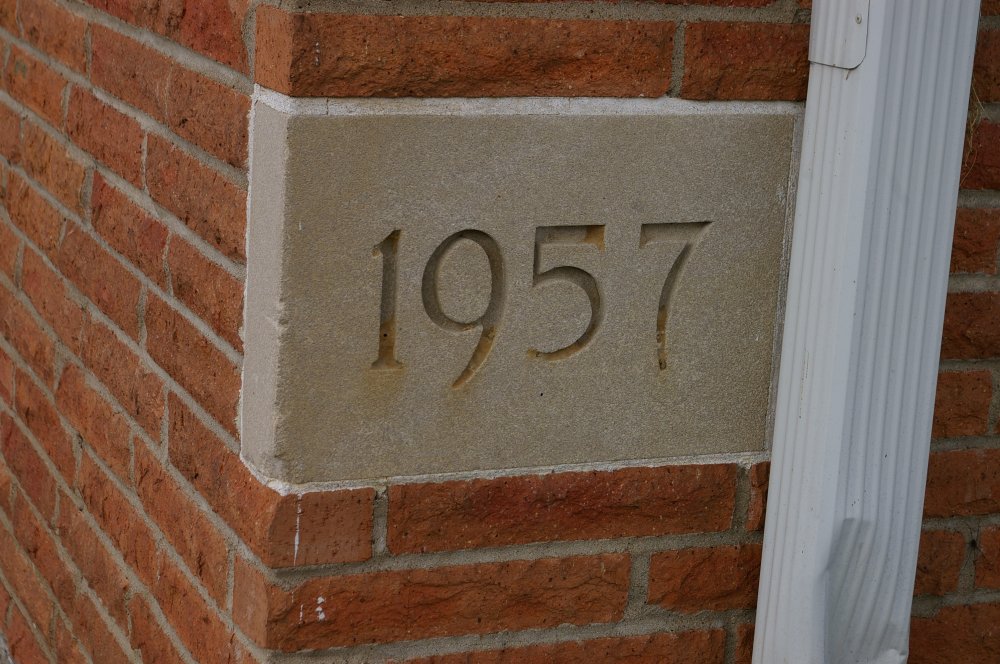