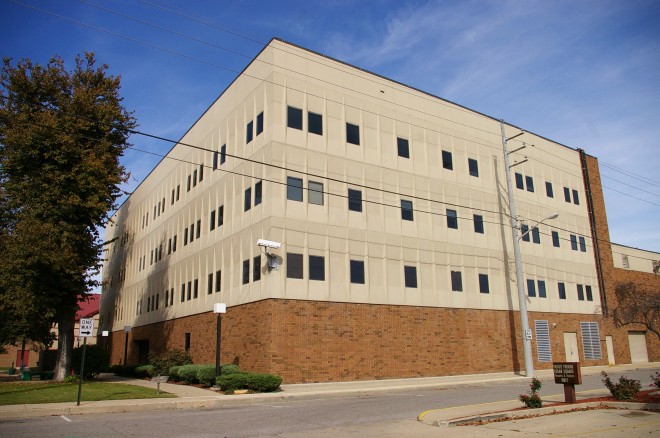 Cass County is named for Lewis Cass, who was the Governor of Michigan Territory to 1831, and who was United States Secretary of State.

Description:  The building faces west and is a four story brick, concrete and glass structure. The base of the building is red colored brick and the upper stories have white colored molded concrete facing. The windows are small and square. On the east side, the brick facing is on the north and south corners. A one story brick extension is on the southeast corner. The building is named as the Cass County Government Building.

Note:  The previous courthouse was designed and constructed by Joseph Willis in 1884. An addition was added in 1888. The architect was John S Mckean and the contractor was John Medland and John E Barnes. The building was remodeled in 1953. 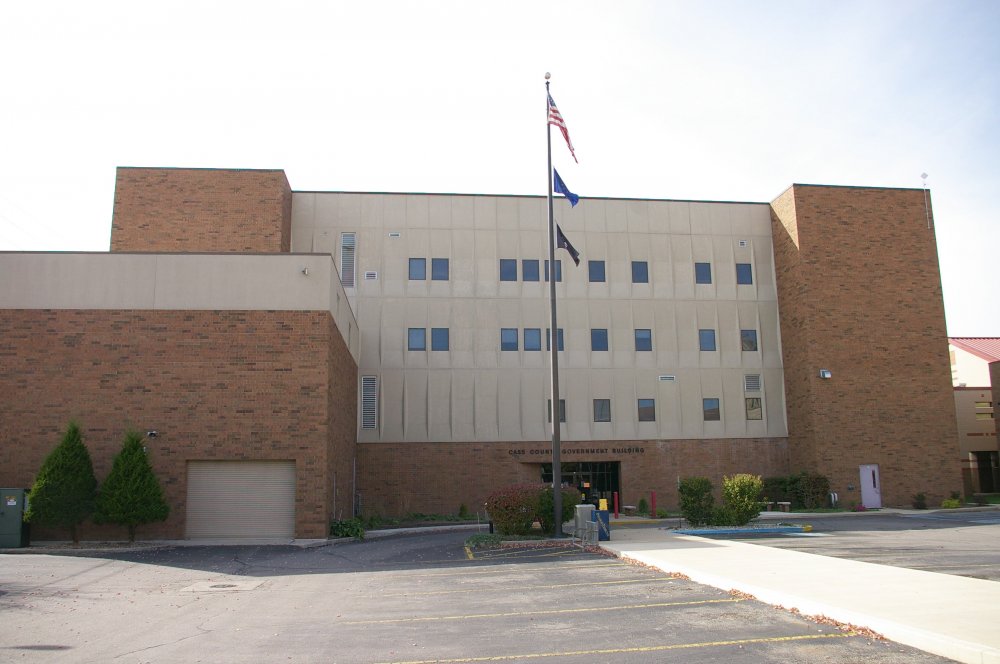 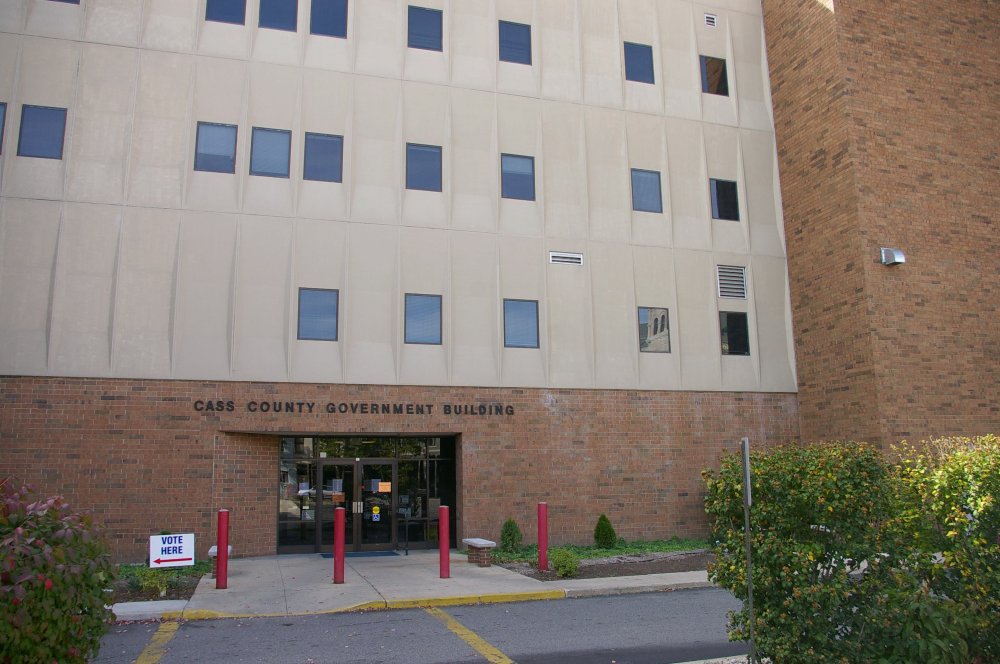 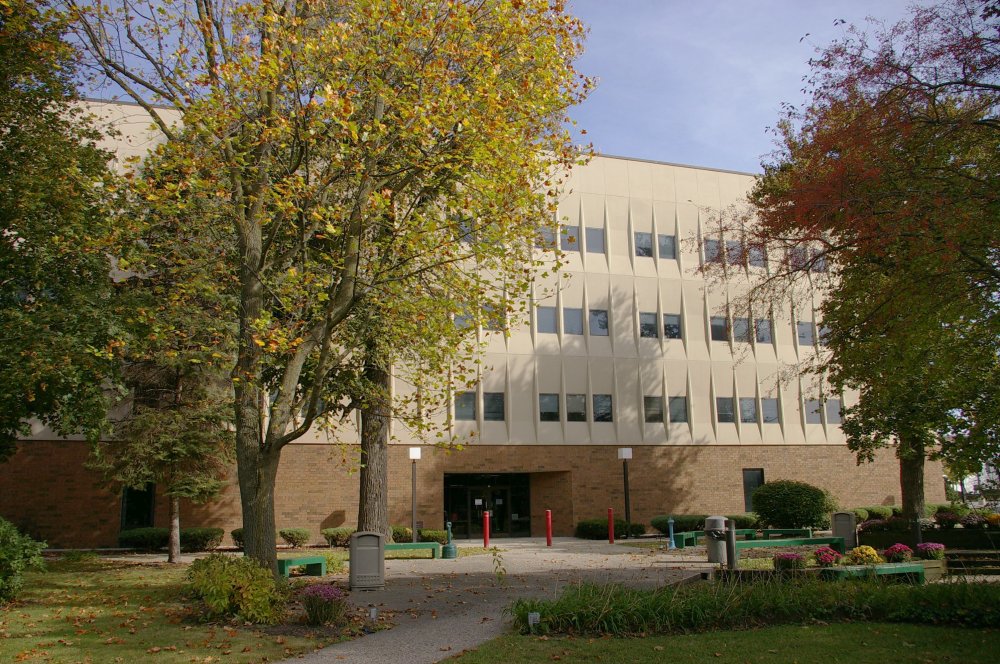 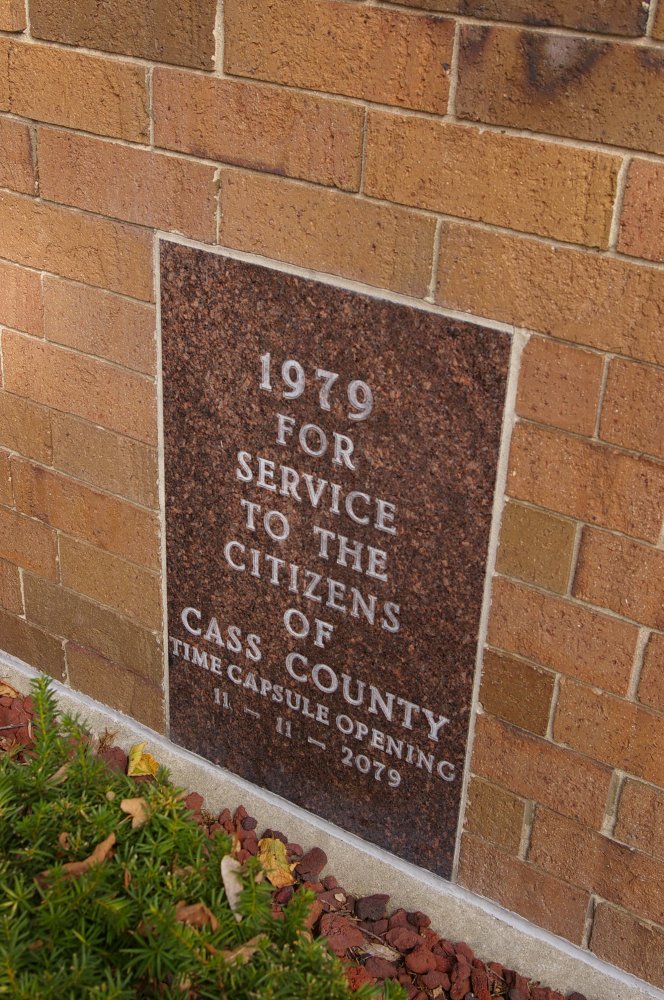