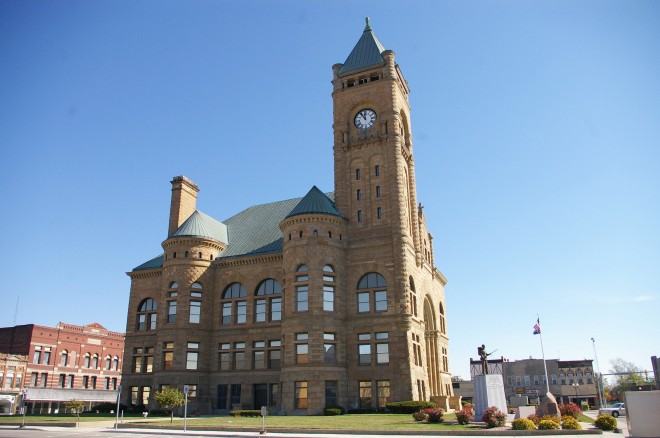 Description:  The building faces south and is a three story buff colored sandstone structure. The building is located on landscaped grounds in the center of Hartford City. The south front has a large arch rising to the third story. On the southwest corner is a high square stone clock tower rising 165 feet. On the east and west sides are two round towers. Belt courses separate the first from the second floor, the second from the third floor, and the roof from the towers and gables. A row of plain brackets separates the rest of the building from the roof. In the interior the stairways at the north and south ends of the building are constructed of metal and are decorative. Off-white hexagonal tiles with a patterned border of colored tiles form the flooring. Glazed, pale yellow tiles were used in the wainscoting in the hallway and up the stairs on the south end. Walnut wainscoting and brass chandeliers are found in the offices and hallways. Approximately half of the third floor is occupied by the courtroom. Although this room is carpeted, the original wooden seats have been retained. It has a beamed ceiling with some molding and stenciling, and the wainscoting is also stenciled. A Lady of Justice is painted directly behind the judge’s bench. The building houses the County Circuit Court and the County Superior Court of the 15th Judicial District  On the west side is the County Courthouse Annex.

Note:  Henry Husmann of Portland, Indiana, is responsible for the stenciling and artwork in the courthouse. 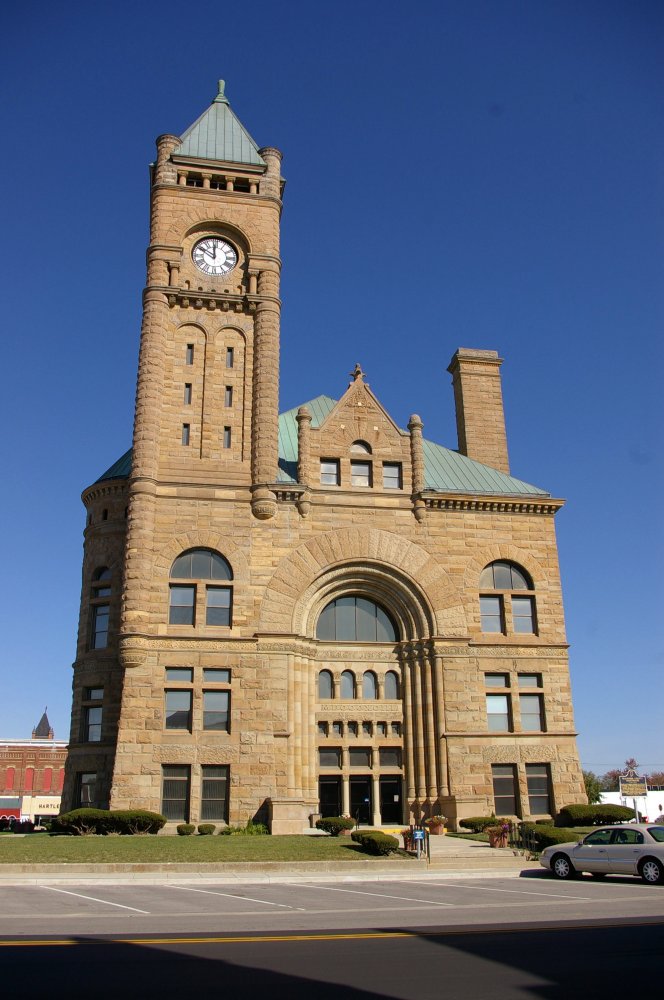 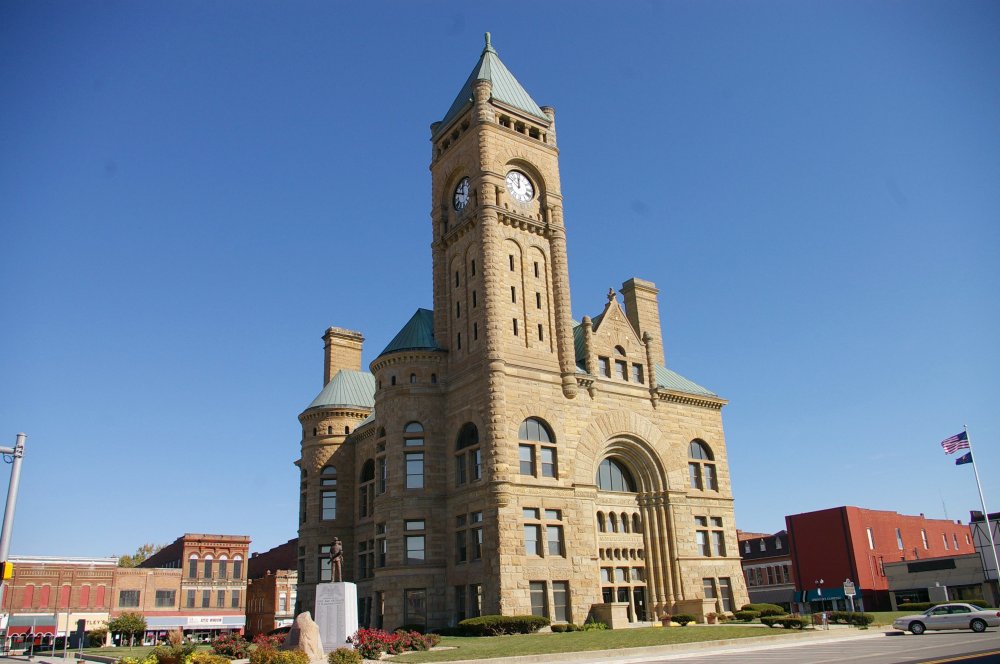 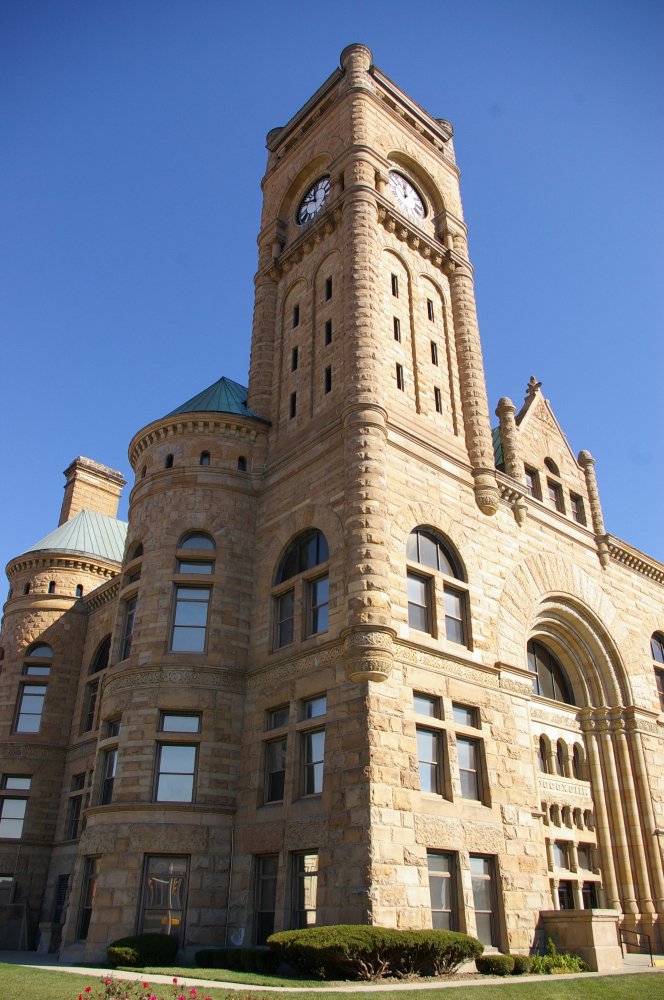 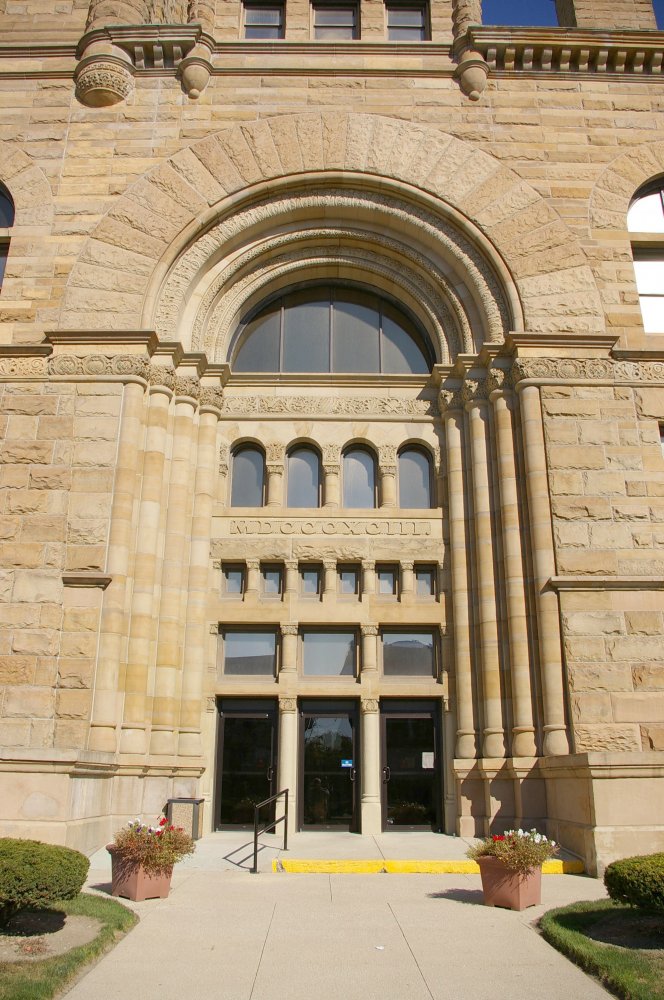 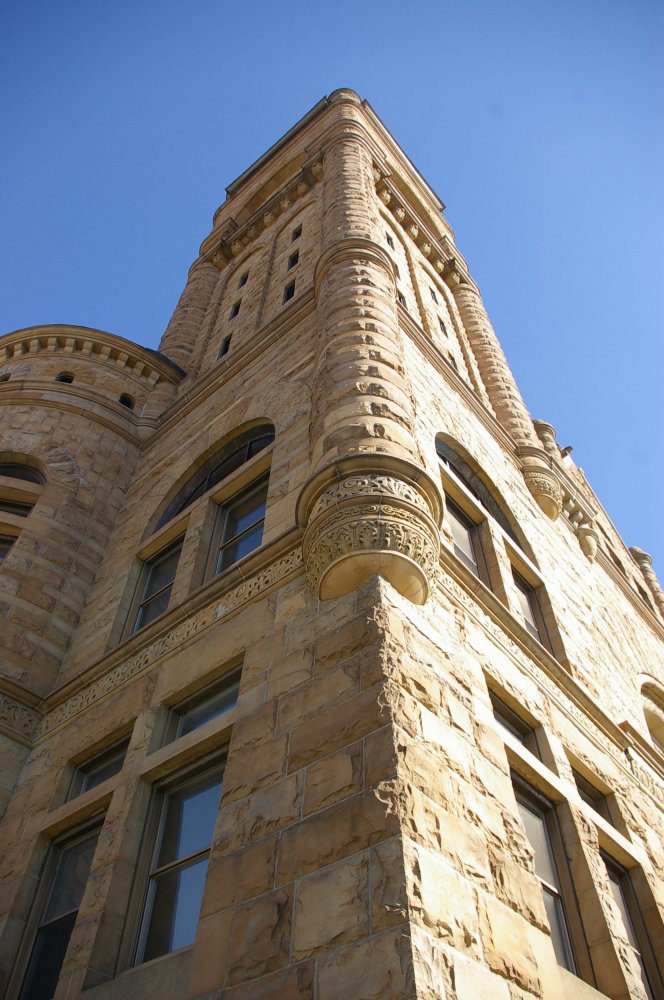 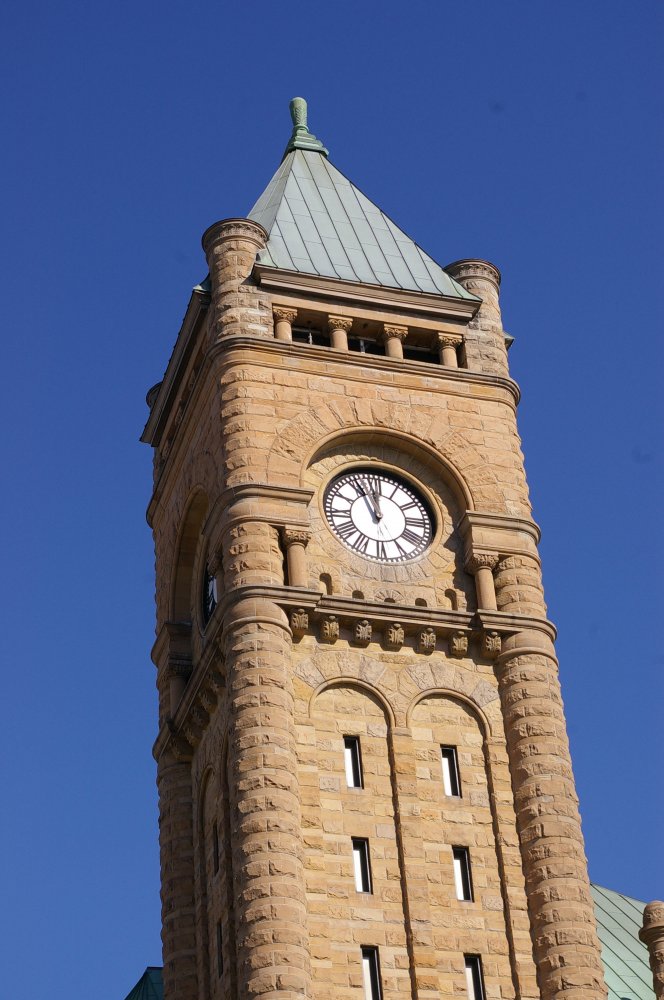 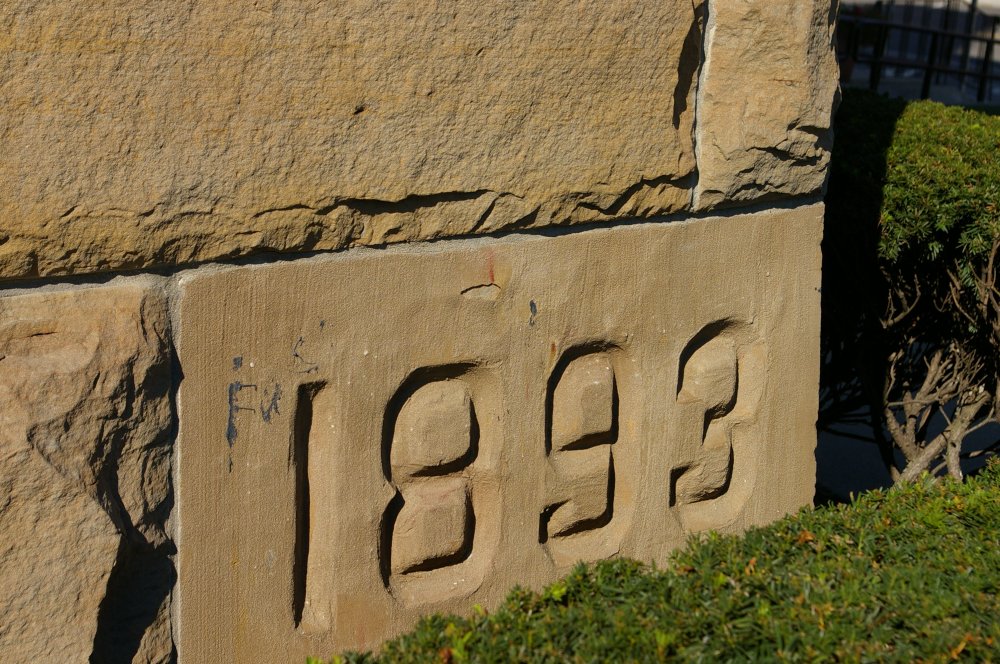 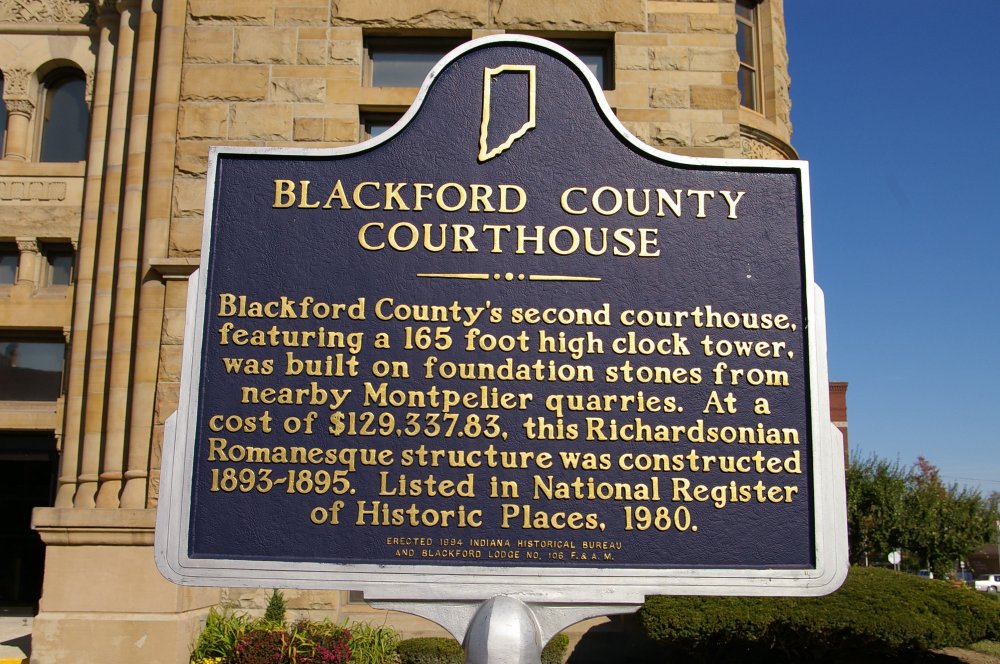