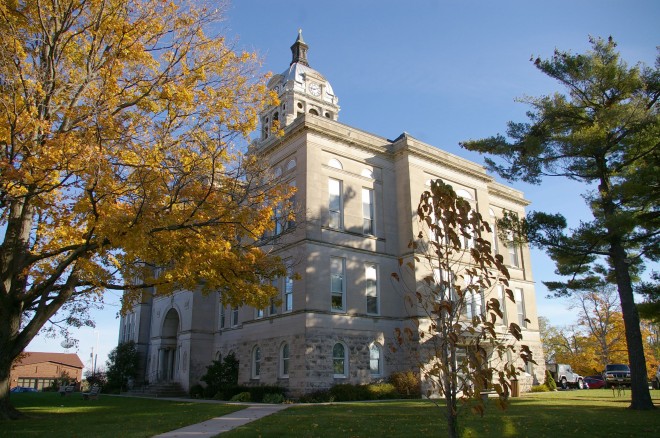 Description: The building faces west and is a three story gray colored limestone and concrete structure. The building is located on spacious landscaped grounds in the center of Eureka. The west front has a projecting center section with arched entrance. The north and south center sections also project. The first story is course stone. On the center of the roof is a square dome with green colored roof and small cupola at the top. In the interior are marble floors and wainscoting, wrought-iron stair and balcony railings, solid quartersawn oak doors and paneling, and deeply molded high ceilings on the upper floors. In the center is a rotunda. The building houses the County Circuit Court of the 11th Judicial Circuit. 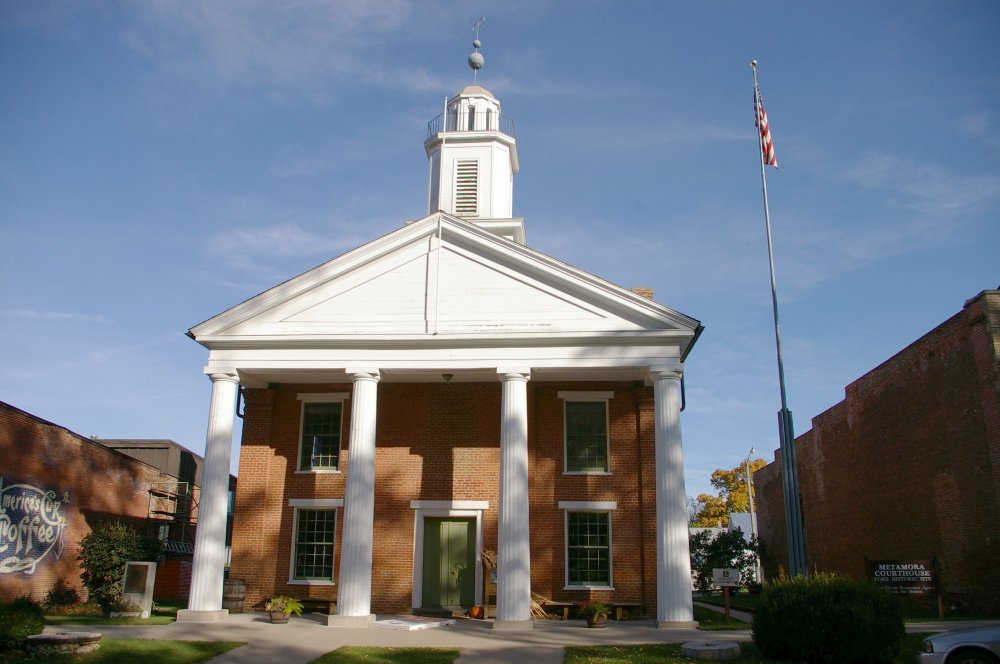 Description: The building faces south and is a two story red colored brick and wood structure. The The buildinding is located on landscaped grounds in the center of Metamora. The south front has a large porch with four large white colored columns rising to a pediment at the roof line. On the center of the roof is a square white colored cupola with octagonal top section. In the interior, the courtroom is located on the second story. The building is now the Metamora Courthouse State Historical Site. 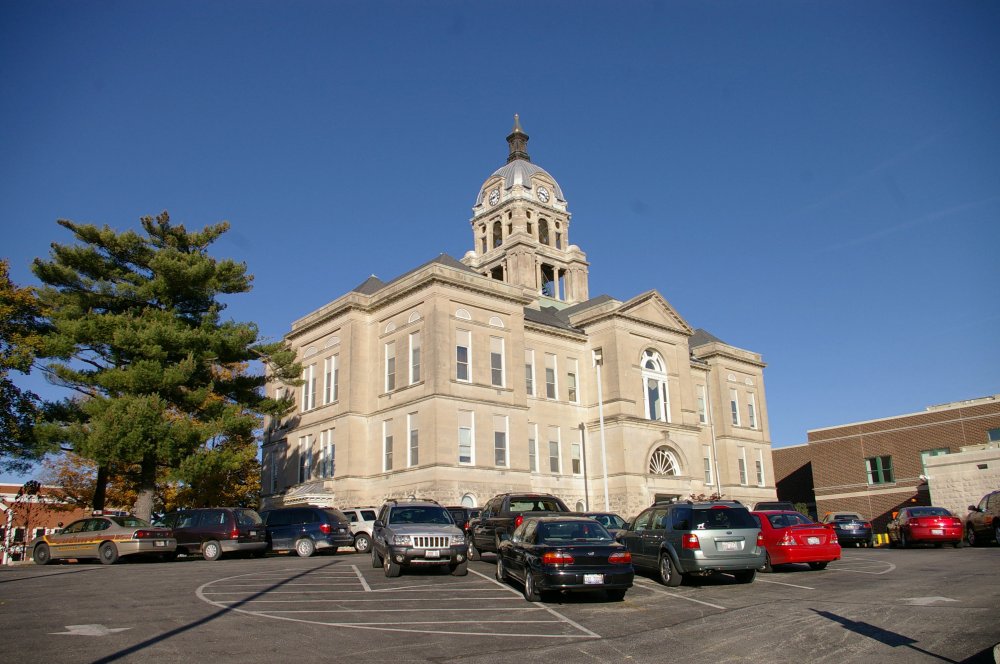 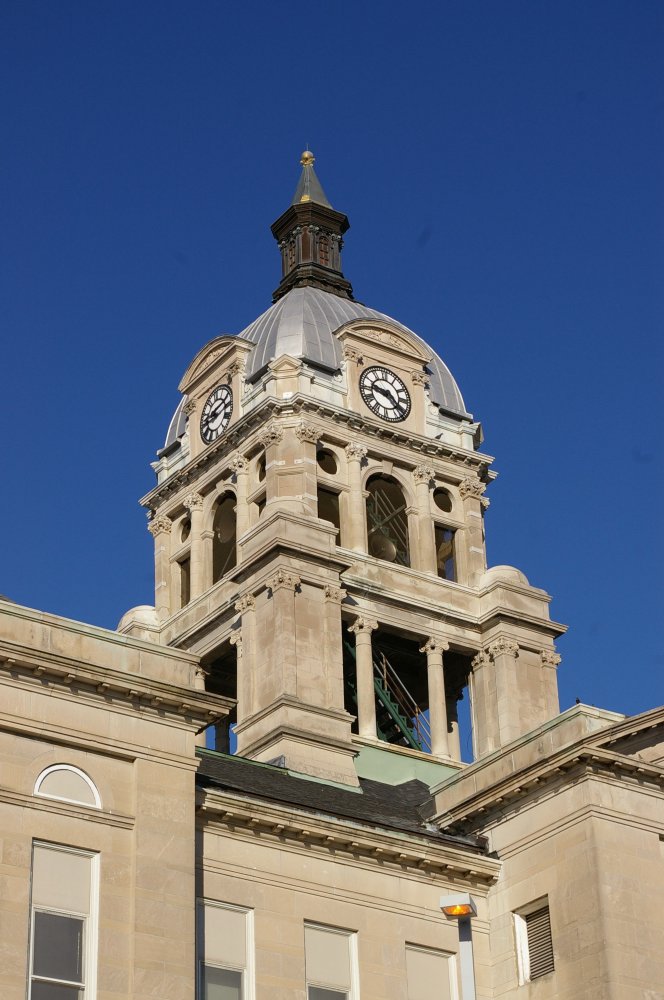 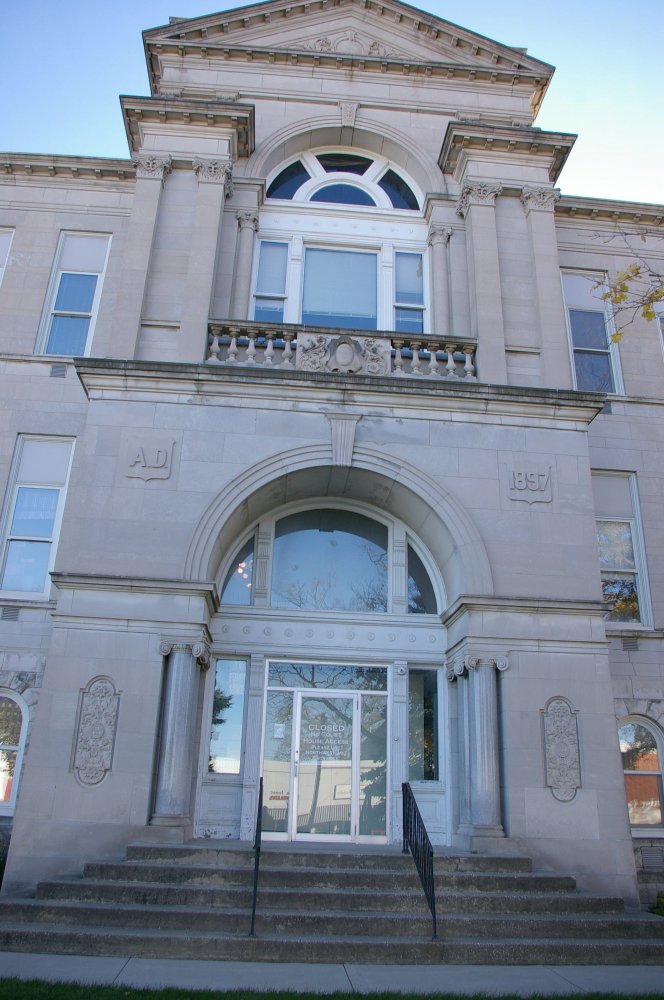 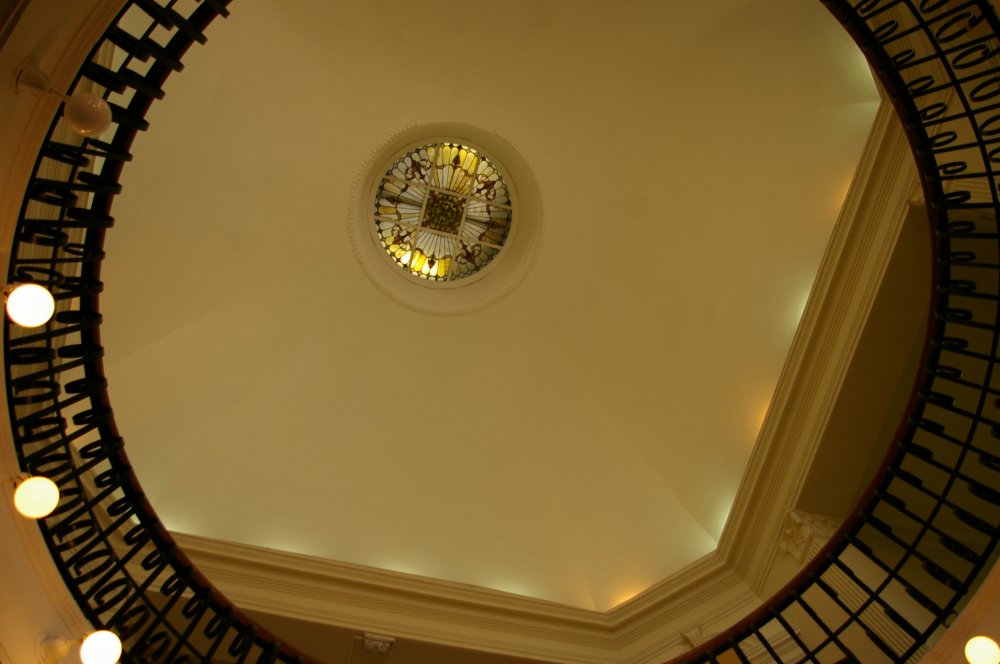 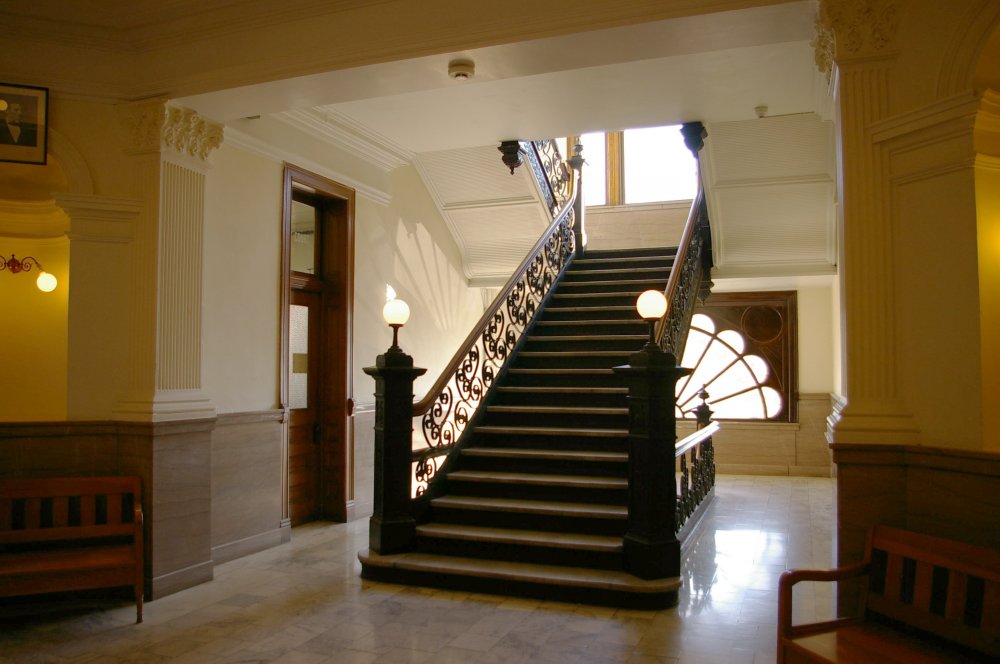 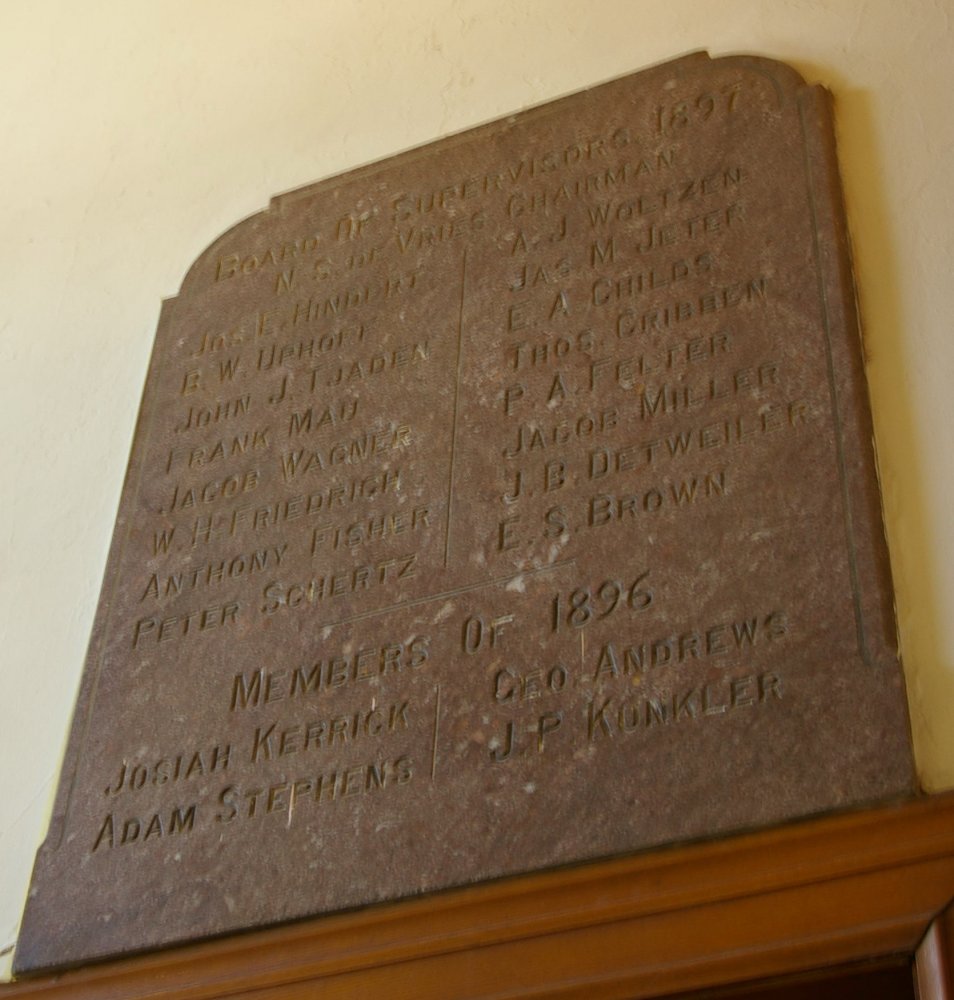 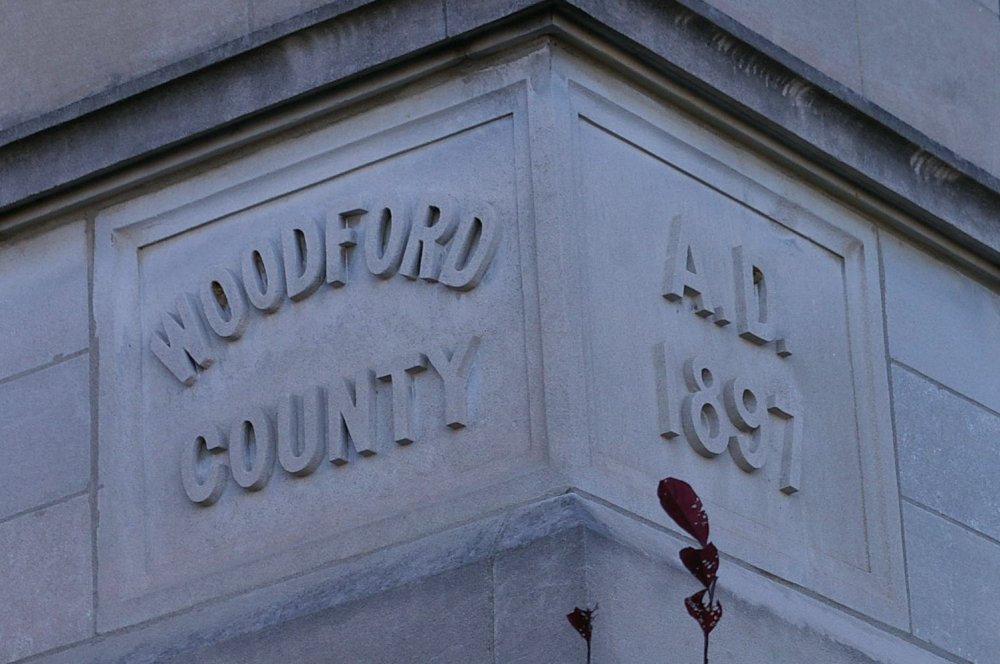 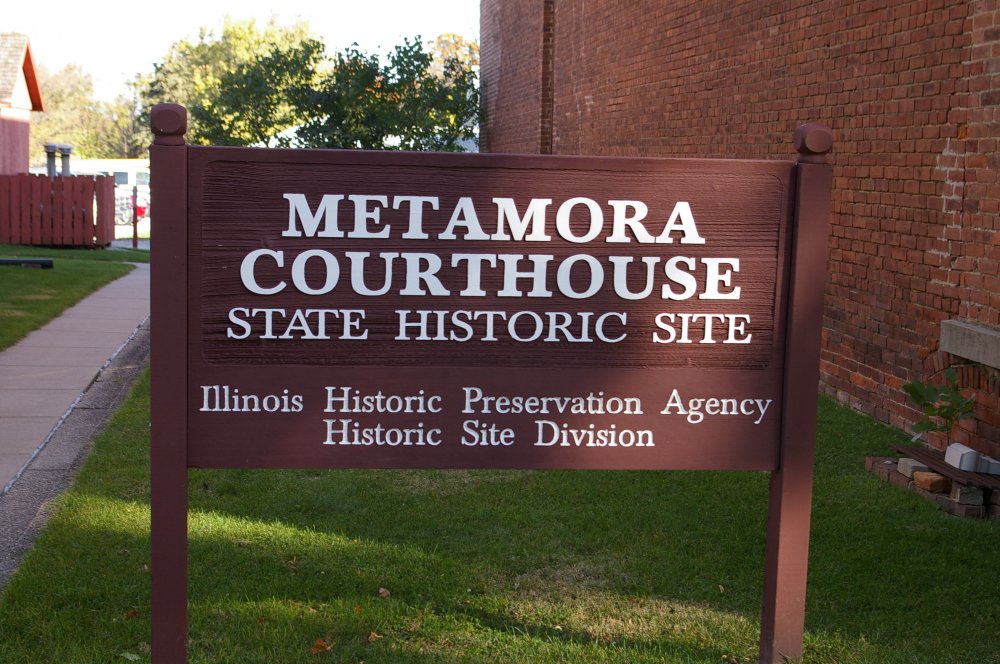 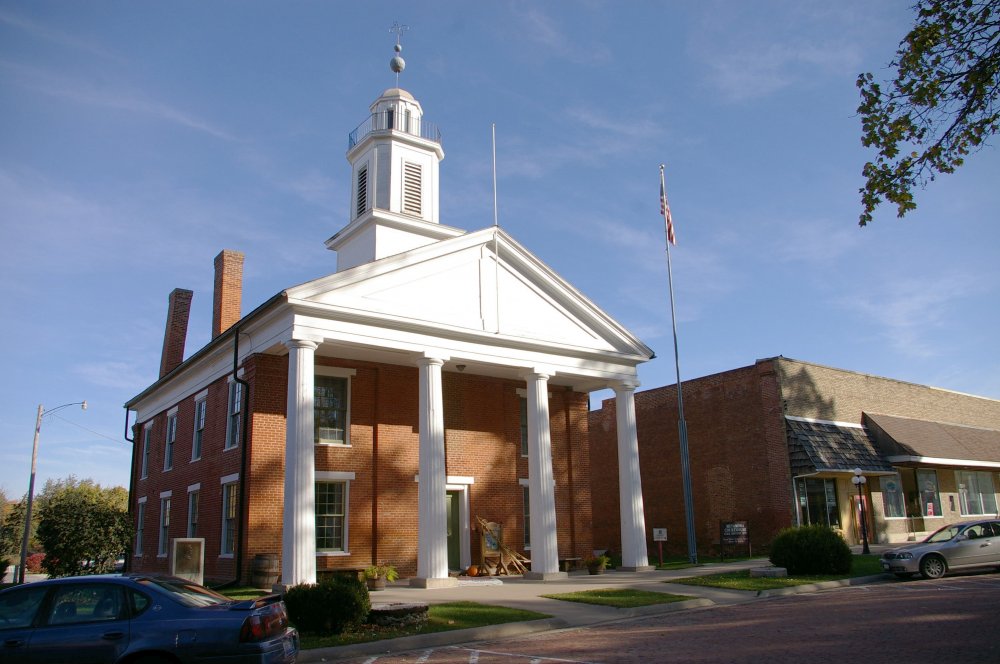 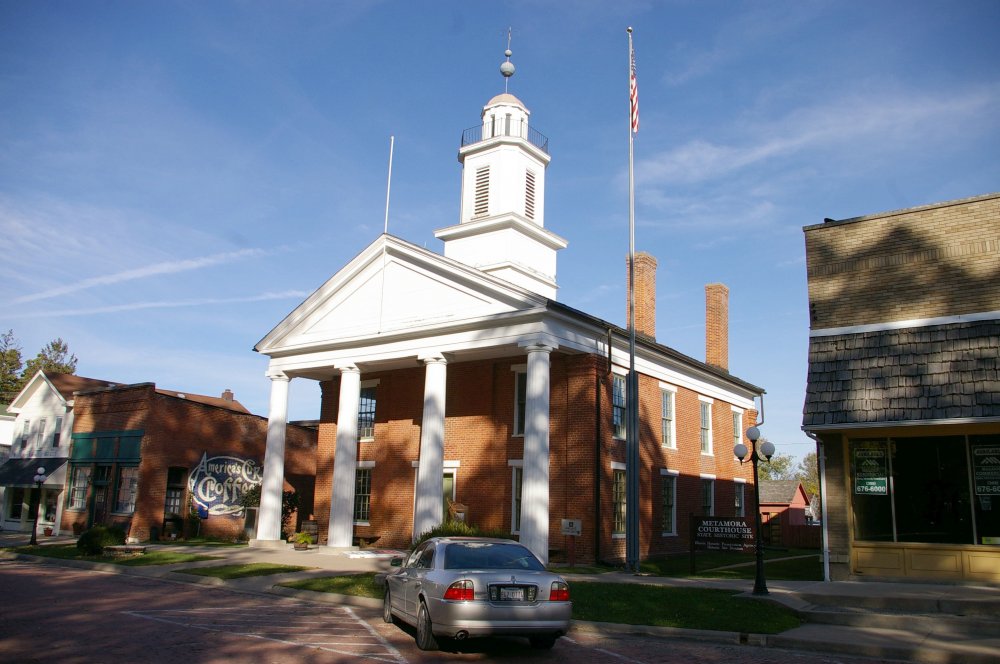