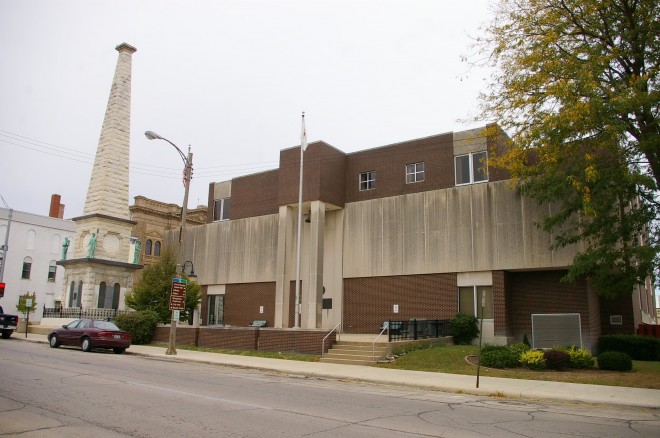 Stephenson County is named for Benjamin Stephenson, who was the Adjutant General of the Illinois Territory from 1813 to 1814.

Description: The building faces southwest and is a two story concrete, stone and glass structure. Horizontal pillars support the outside of the building with the first story being recessed. The second story has few windows and large panels of buff colored concrete. The roof line is recessed with brown color.

History:  The county was created in 1837 and Freeport was selected as the county seat. The first courthouse was a frame structure built in 1840. The second courthouse was designed by E E Myers and constructed by A Walbaum Company in 1873. The building was torn down for the construction of the third and present courthouse in 1972 to 1974. 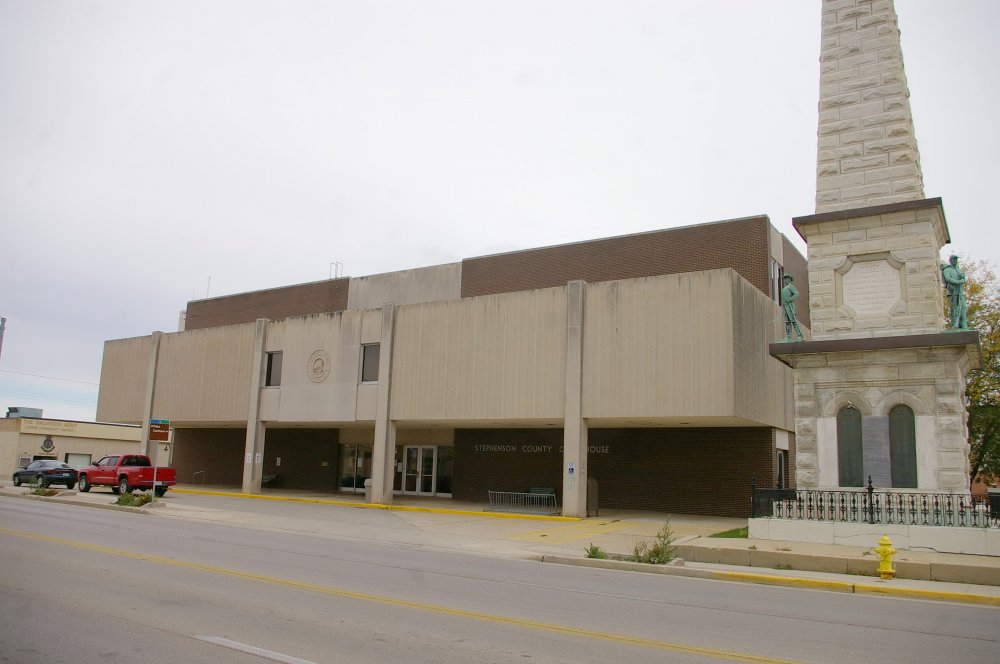 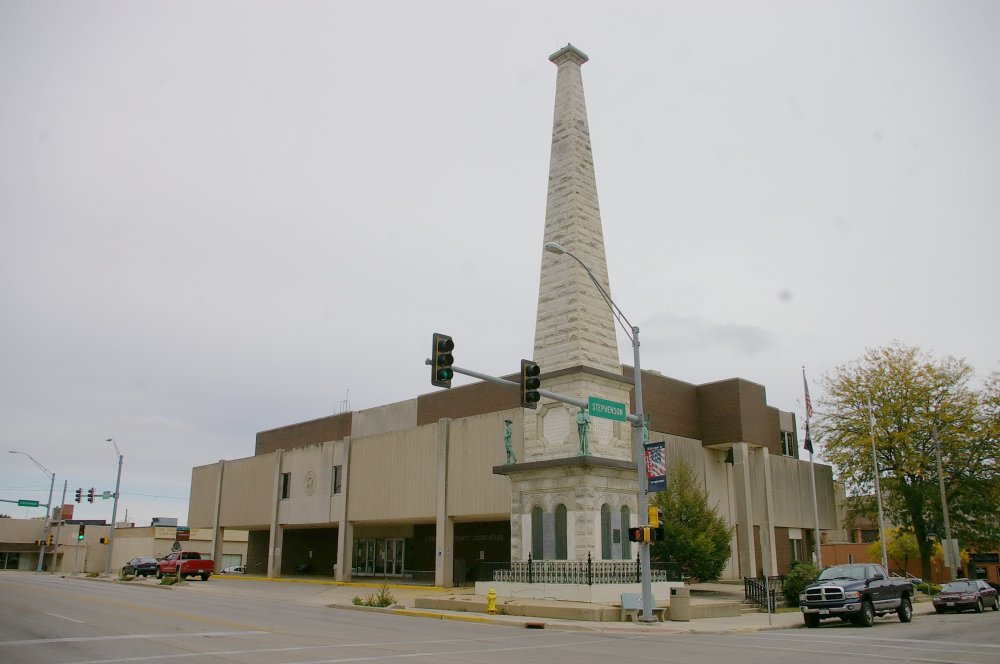 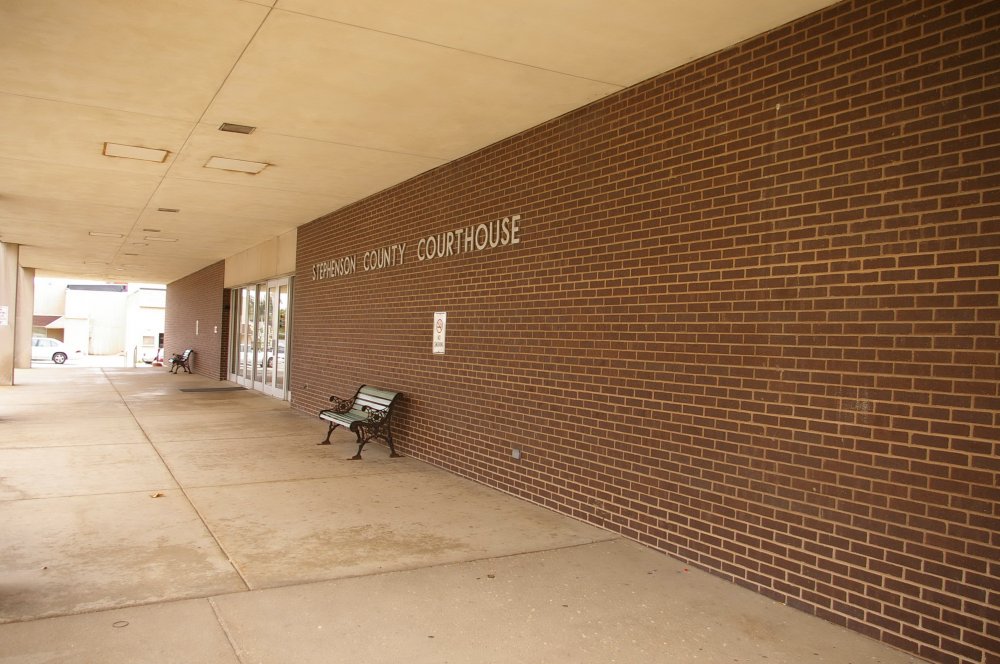 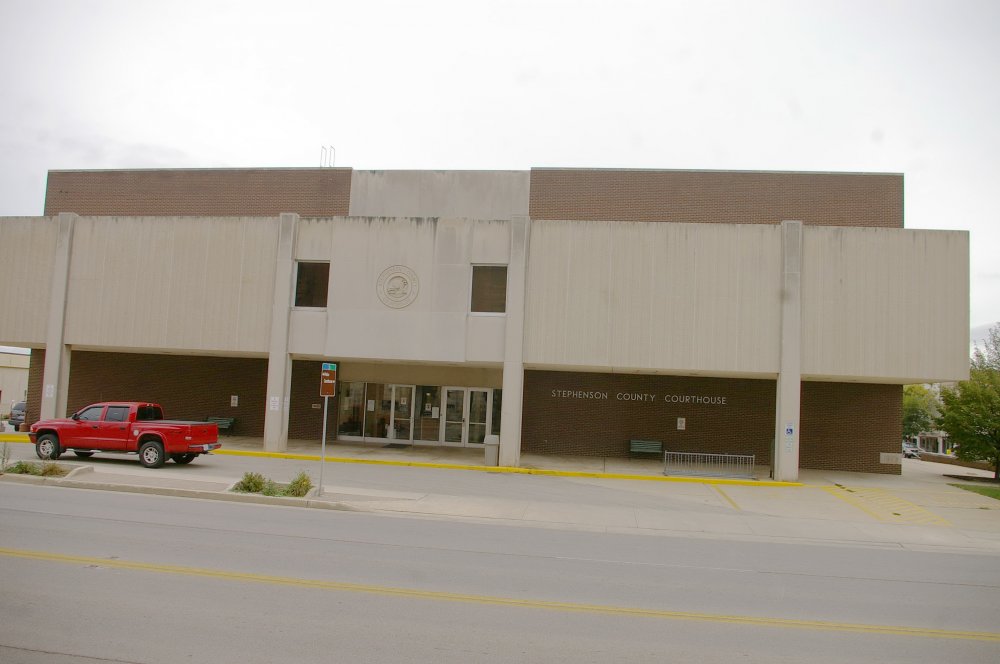