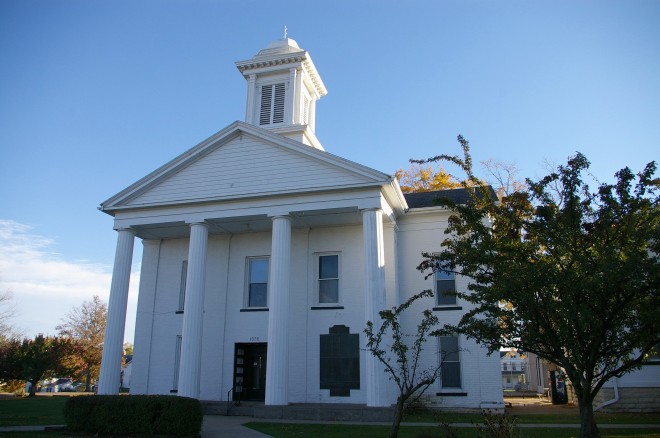 Stark County is named for General John Stark, who was a revolutionary soldier who won fame at Bunker Hill, Trenton, Princeton and Bennington. 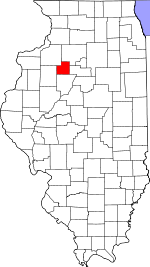 Description: The building faces north and is a two story colonial white colored wood structure. At the north front are four large wood columns rising to the parapet over the entrance. On the roof is a square white wood cupola. The west side of the building extends from the main building. 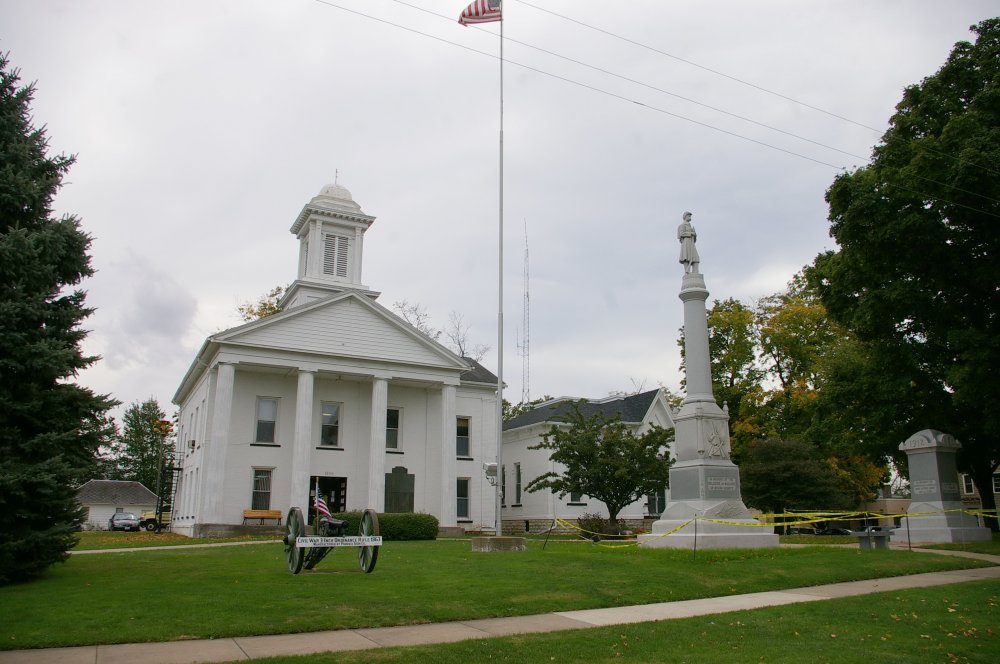 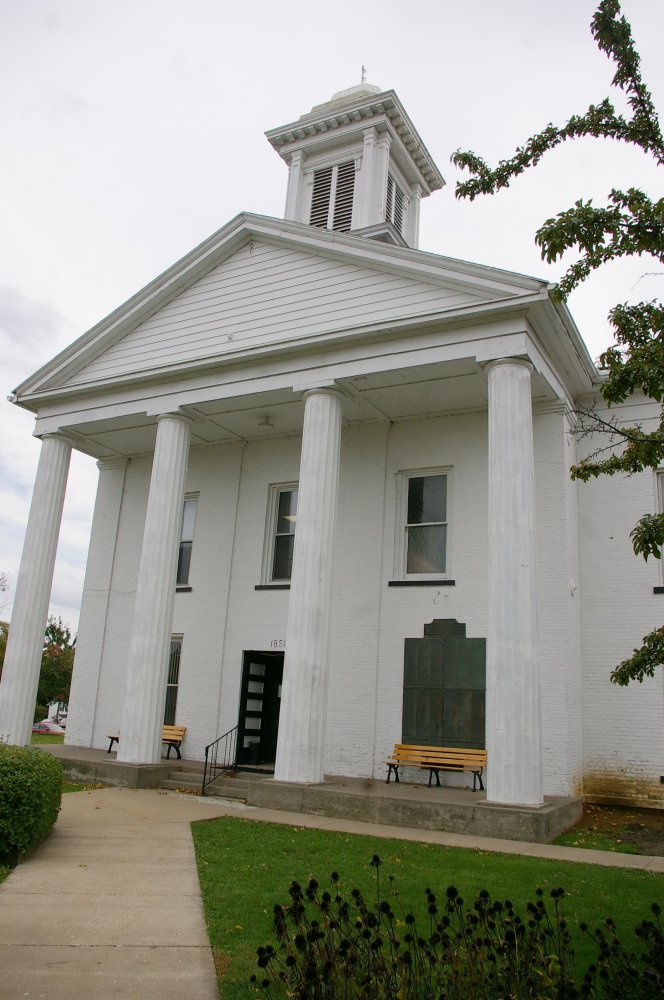 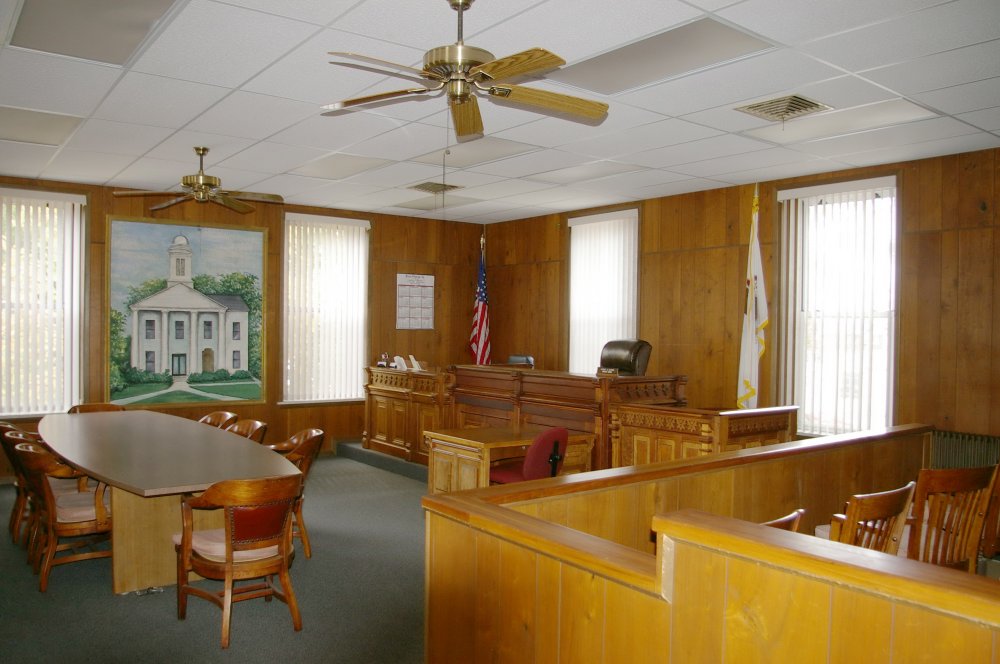 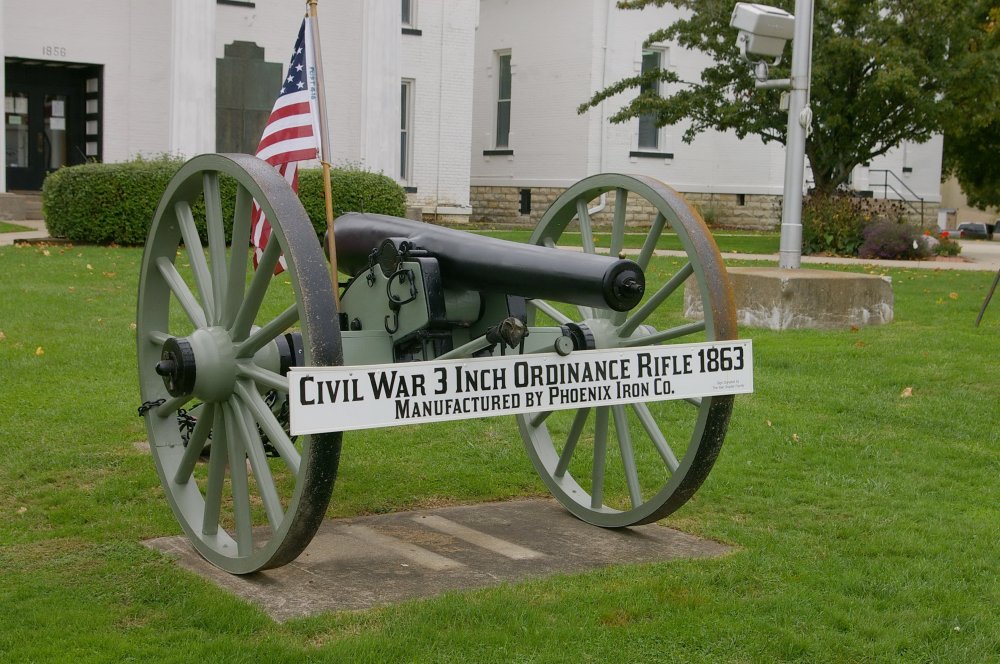 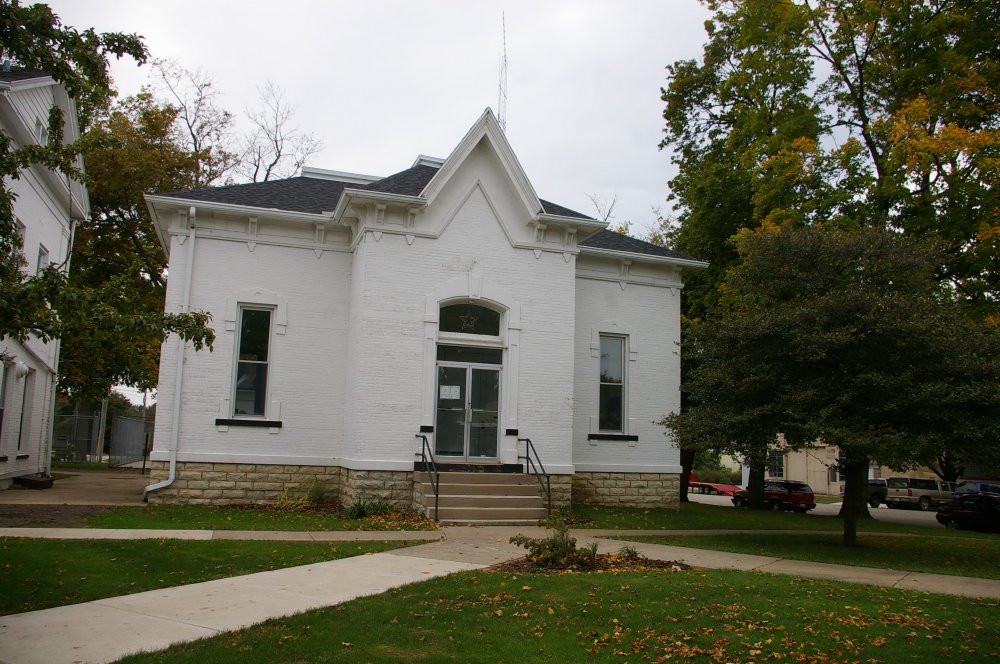