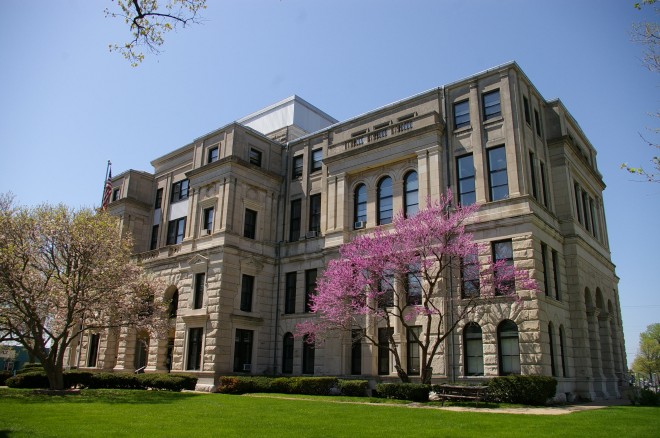 Rock Island County is named for an island in the Mississippi River called “Rock Island”.

Description: The building faces faces east and is a four story buff colored Bedford limestone structure. The building is located on landscaped grounds in the center of Rock Island. The building has a central section which projects from the main building. The center section has three arches on the first story and a north and south square tower rising to the top of the fourth story. On the north and south sides of the main building are balconies at the fourth story with arched windows below on the third story. In the interior, the floors in the central rotunda area and the corridors are of marble or tile and other floors were of durable and beautiful hard maple. The rotunda and corridors have pink Tennessee marble wainscoting. Other interior walls are paneled in quartersawn oak or were frescoed. The building houses the County Circuit Court of the 14th Judicial Circuit. 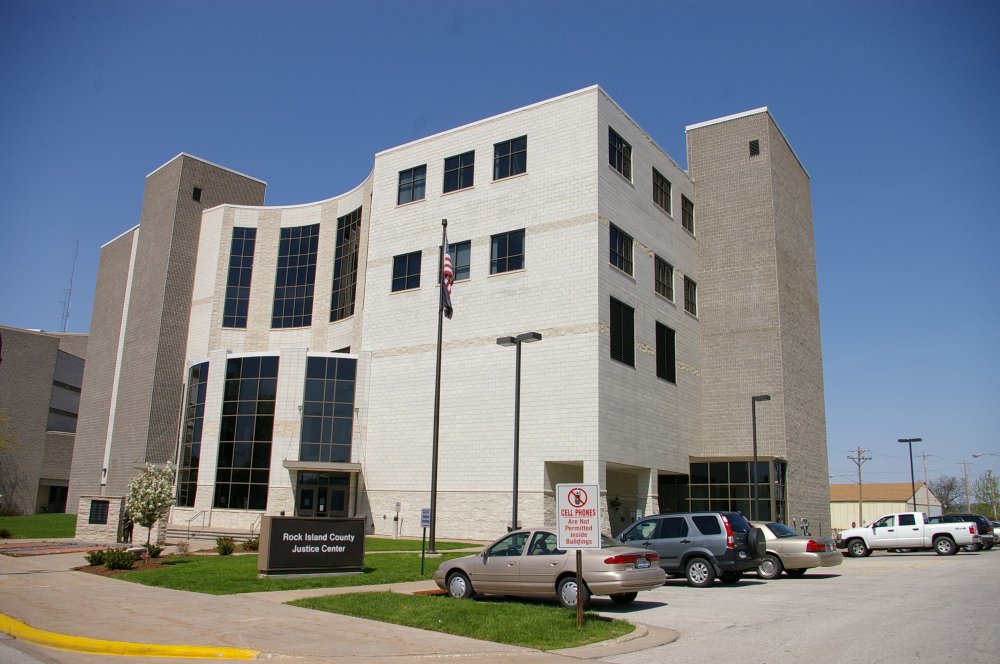 Description: The building faces south and is a five story concrete and glass structure. The building is located on the west side of the courthouse on landscaped grounds in the center of the city.. The south front has a semi-circular two story section with vertical glass panels and the main entrance, and a concave section on the third and fourth stories, also with vertical glass panels. Brown-gray colored towers rise on the northeast corner and southwest corner. The roof line is flat. The building houses the County Circuit Court – Criminal of the 14th Judicial Circuit.

History:  The county was created in 1831 and Farnhamsburg was selected as the county seat in 1833. In 1835, the county seat was moved to Stephenson, renamed Rock Island. The first courthouse was a two story brick structure built in 1836. The second and present courthouse was constructed in 1898 to 1900 at a cost of $112,201. The County Justice Center was constructed in 1999 to 2001. 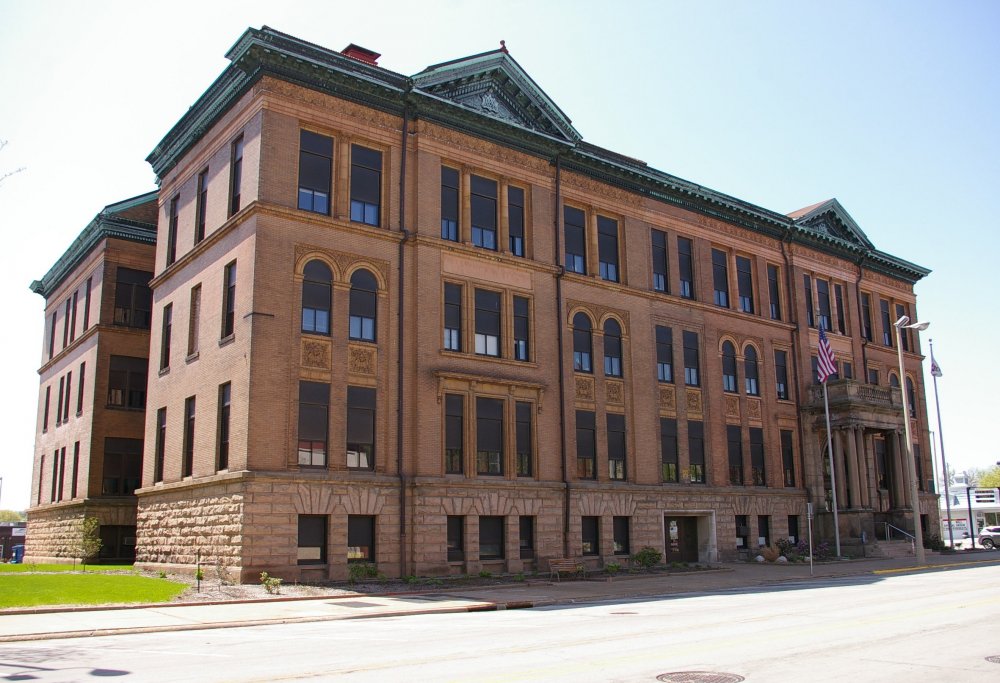 Description: The building faces north and is a three story brownish colored brick and stone structure. The building was constructed for the Fraternal Insurance Company known as the Modern Woodmen of America Building. Decorated with a granite portico, hammered copper ornaments, and bracketed copper trim at the roofline, the building shows symbolic emblems of woodcraft. The building space was doubled in 1904 with a $150,000 annex described as the exact duplicate of the original building, but without its porch. Another major addition filled in what was a three-sided courtyard. The architects designed the building to have a raised basement of rusticated sandstone, topped by three stories of brick and a French clay tile roof. There are terra cotta panels between the first and second stories that feature a torch. Several second story windows have arched tops, also set in terra cotta. Polished granite Ionic columns atop substantial bases surround the arched main entrance. A stone balustrade caps the columned entrance. The interior features marble and polished granite walls. The building was purchased in 1965 by the County. 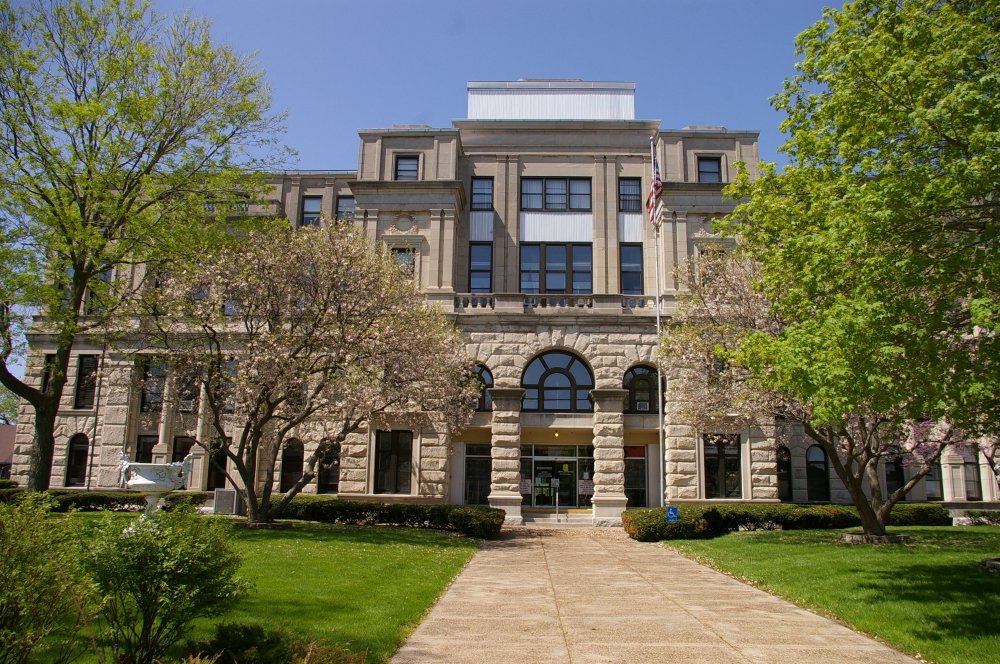 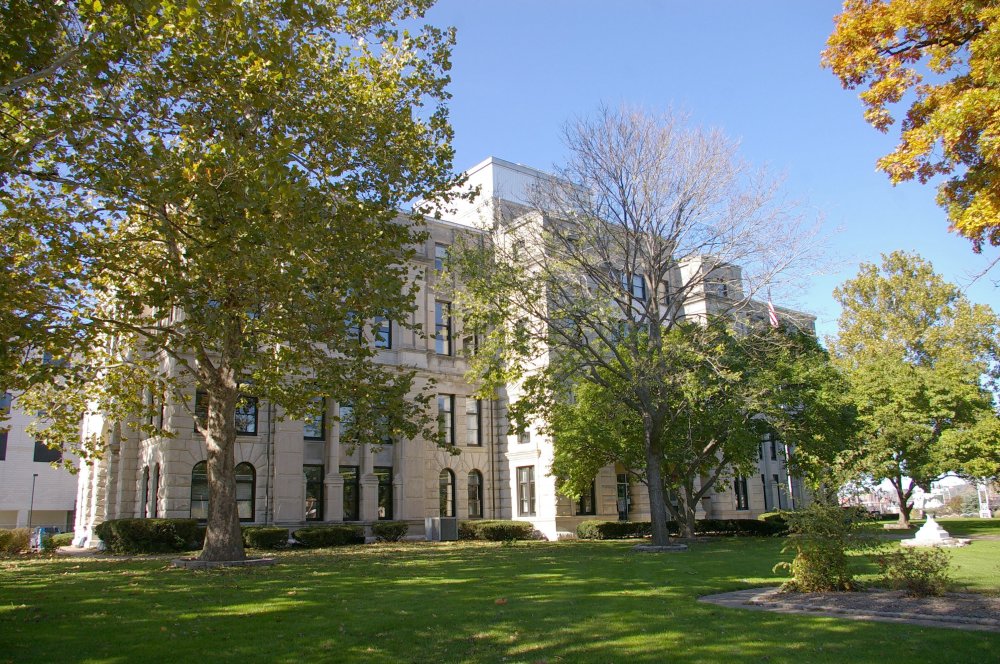 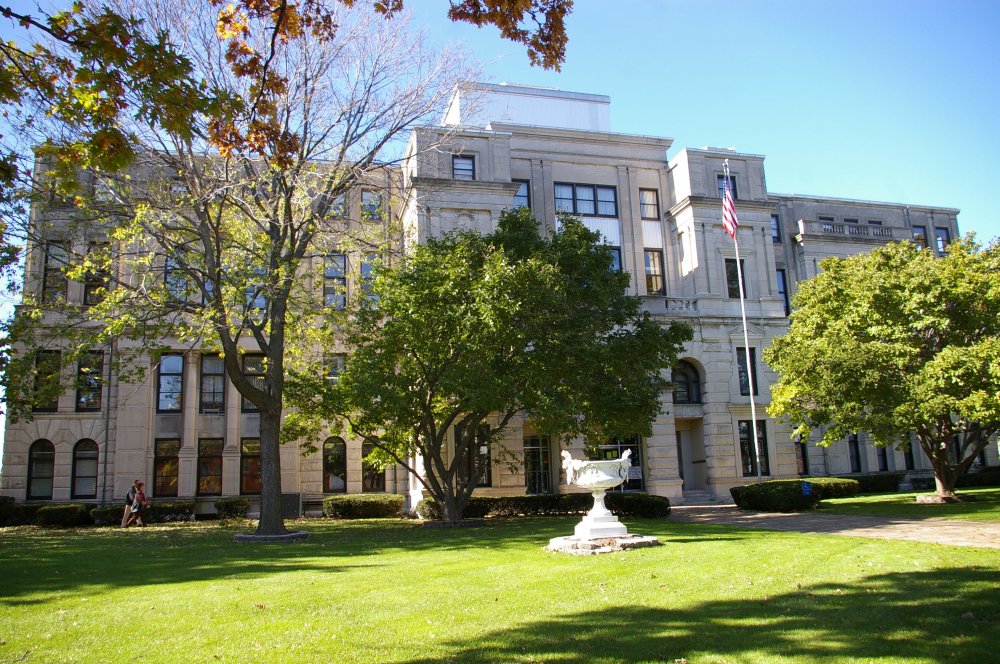 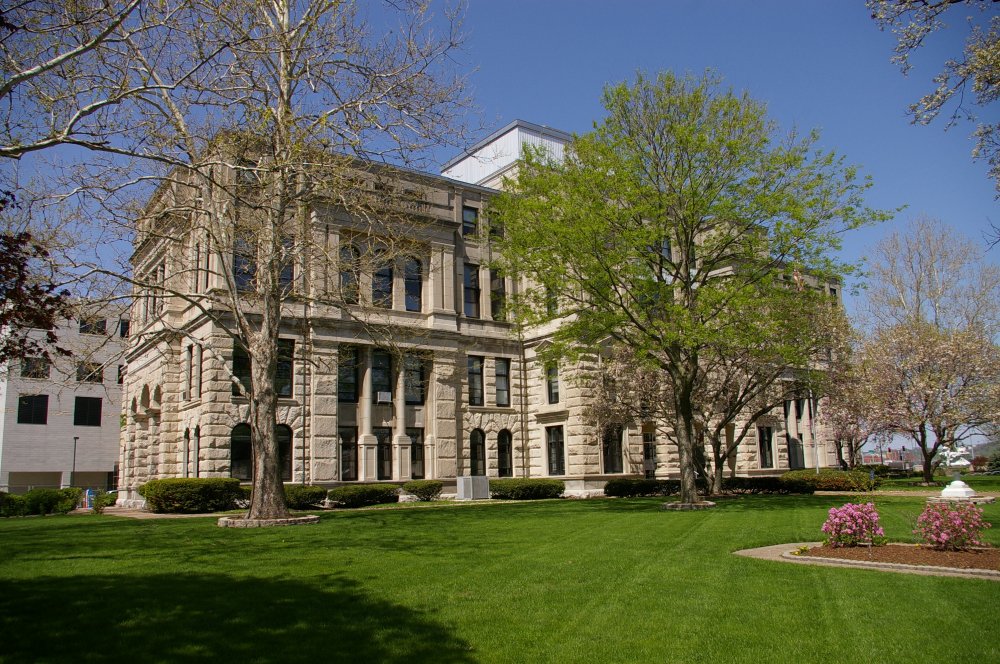 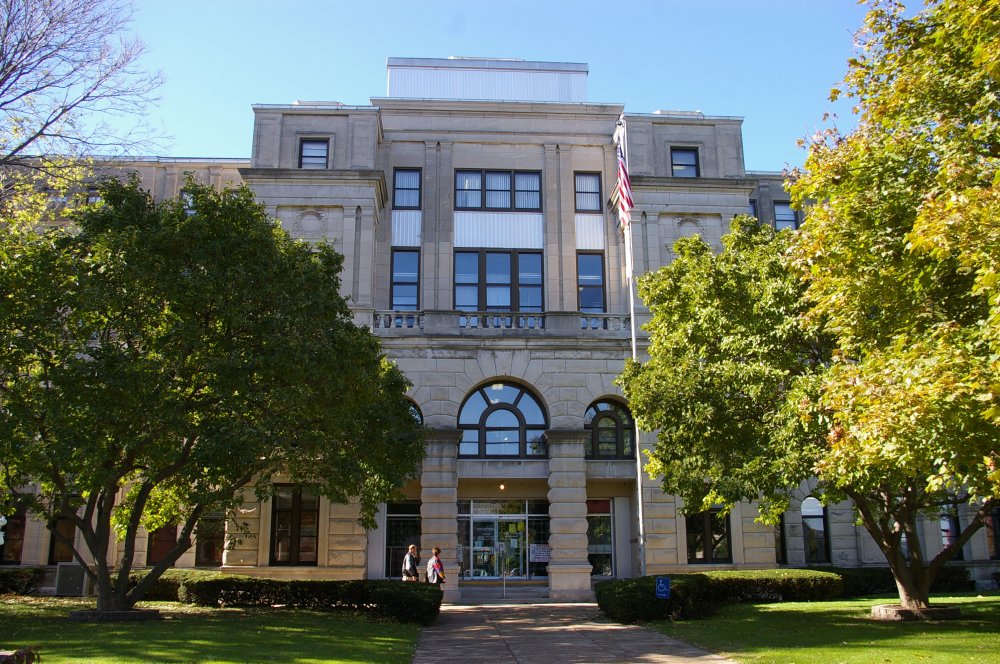 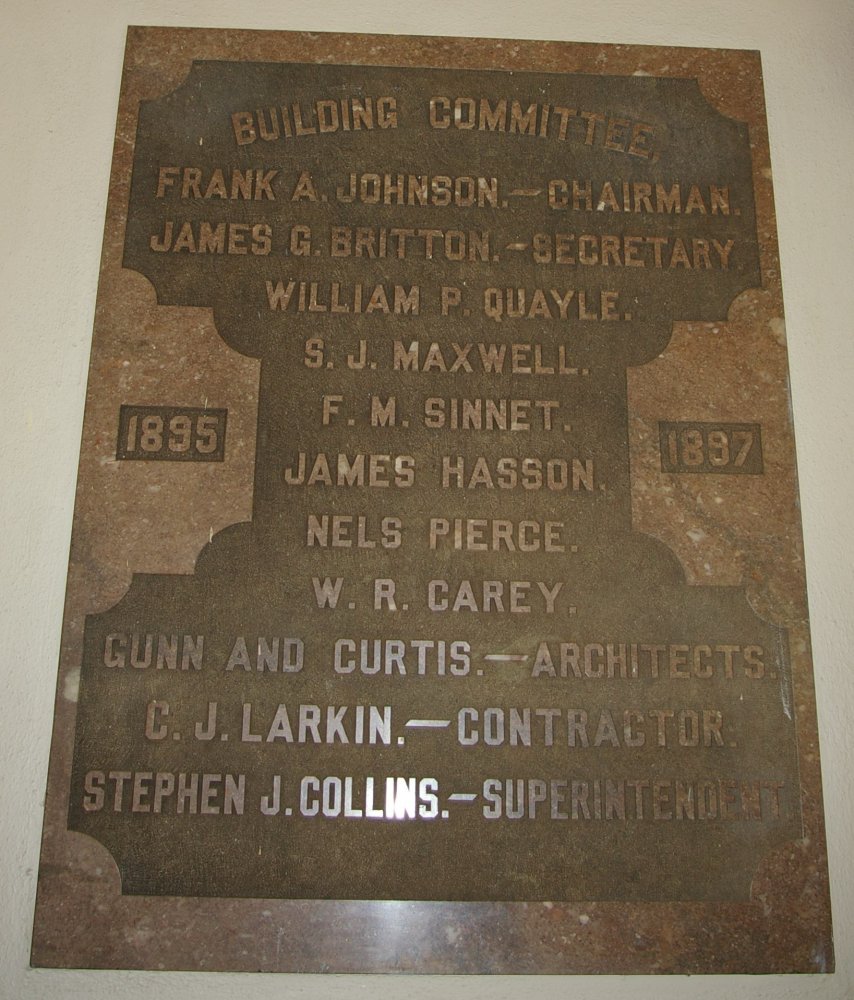 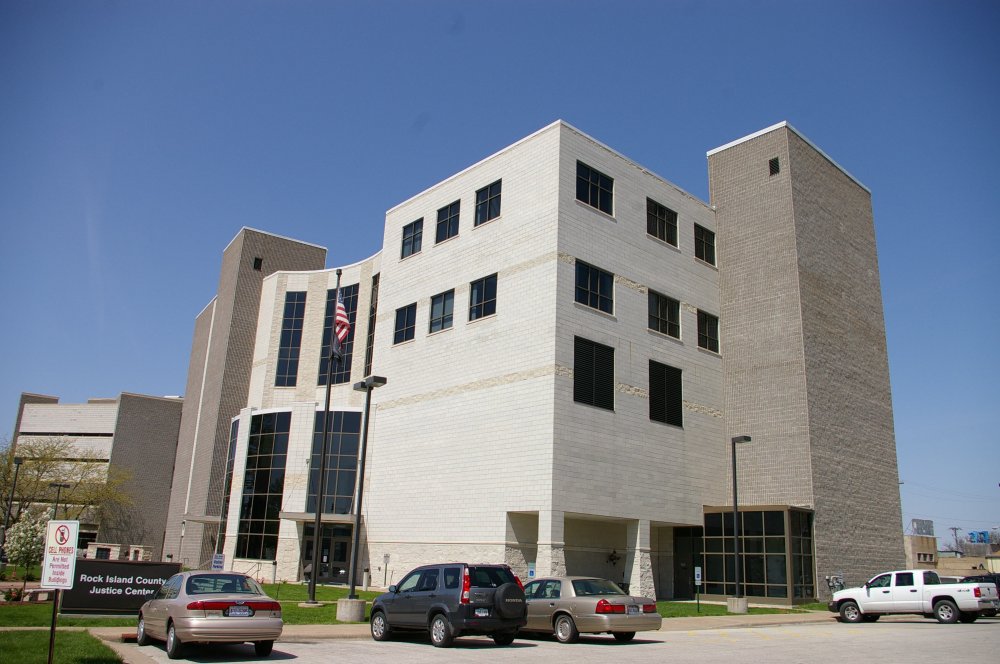 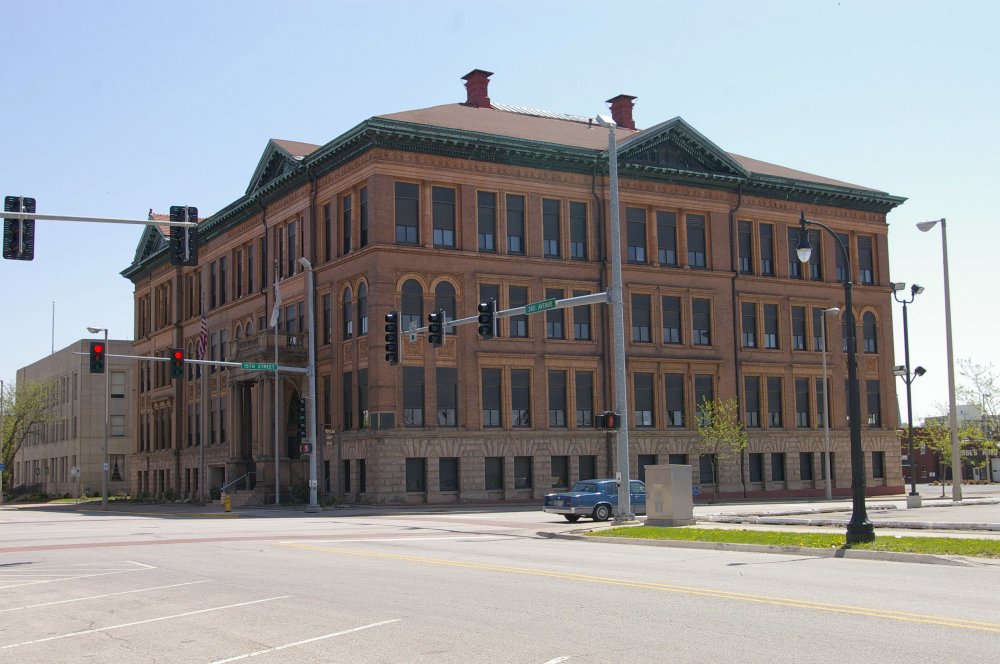