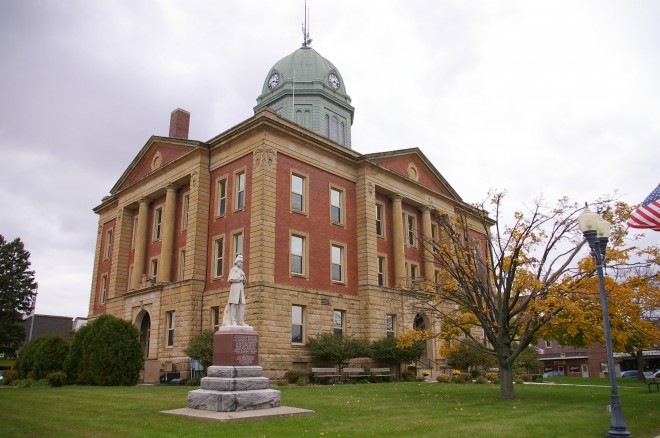 Moultrie County is named for William Moultrie, who was a general during the American Revolutionary War and who built Fort Moultrie.

Contractor:  H B Walter of Danville.

Description: The building faces west and is a three story dark red colored brick  buff colored sandstone and concrete structure. The building is located on landscaped grounds in the center of Sullivan. On each side is a portico with arched stone entrance on the first story and with two tall Doric columns rising from the second story to the top of the third story. Above are pediments at the roof line. On the centre of the roof is a large green colored octagonal dome with clock and rounded roof. The first story is rough sandstone. Stone trim decorates the corners of the building. In the interior, corridors lead from each entrance into a spacious square center lobby and rotunds. The walls of the rotunds and corridors have Tennessee marble wainscoting. The walls of the rotunda are adorned with pastoral and harvest scenes. There are two banks of marble stairs at the south end. The Probate courtroom is on the second story and the Circuit Court courtooms are on the north sode of the third story.

See:  The contractor was H B Walter of Danville, also constructed courthouses in Clark County and Piatt County. 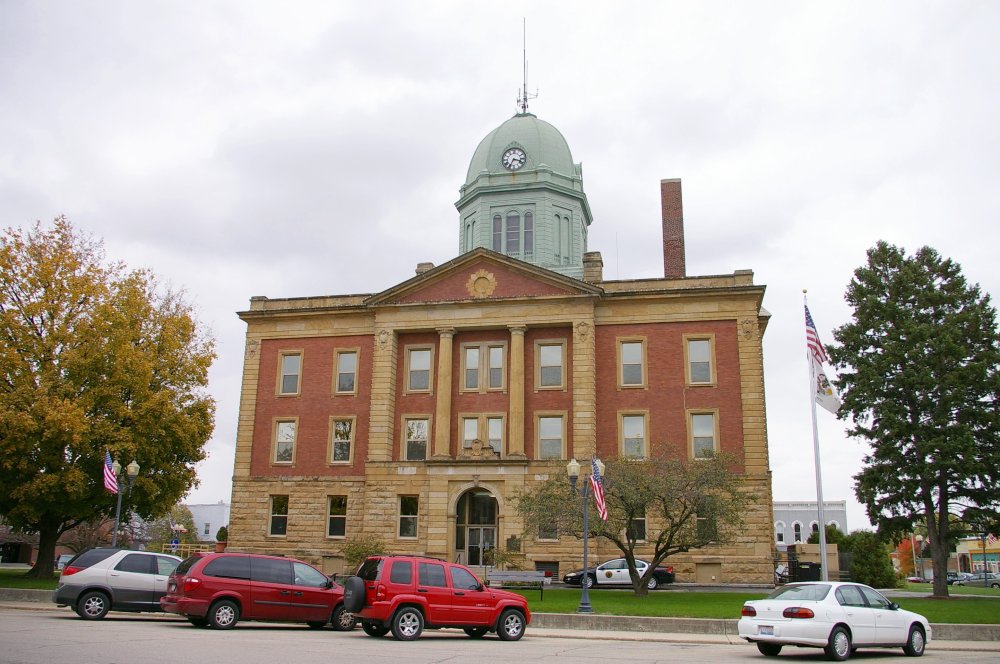 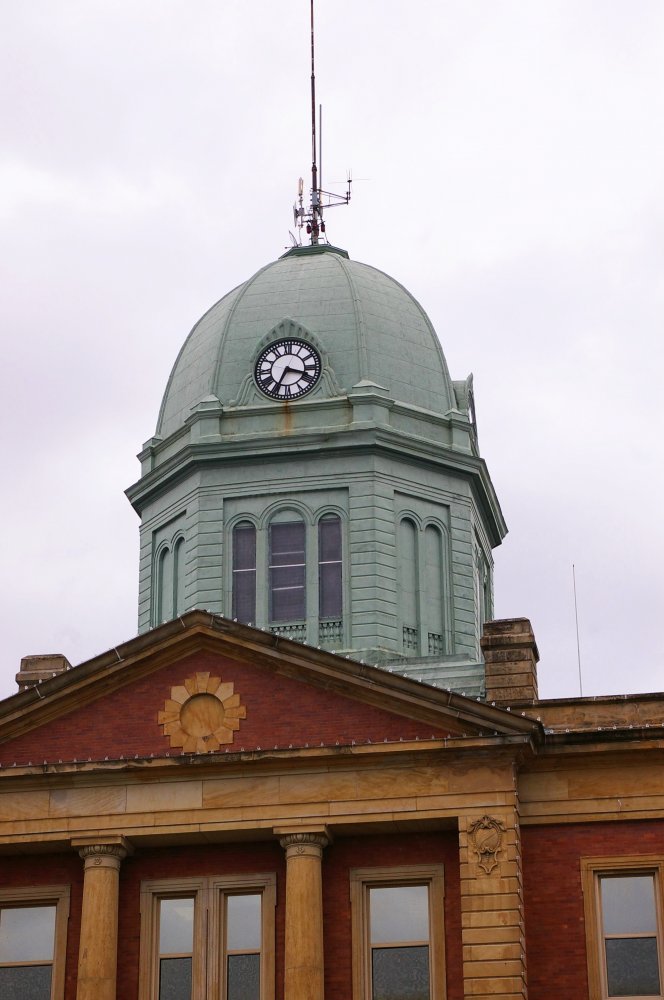 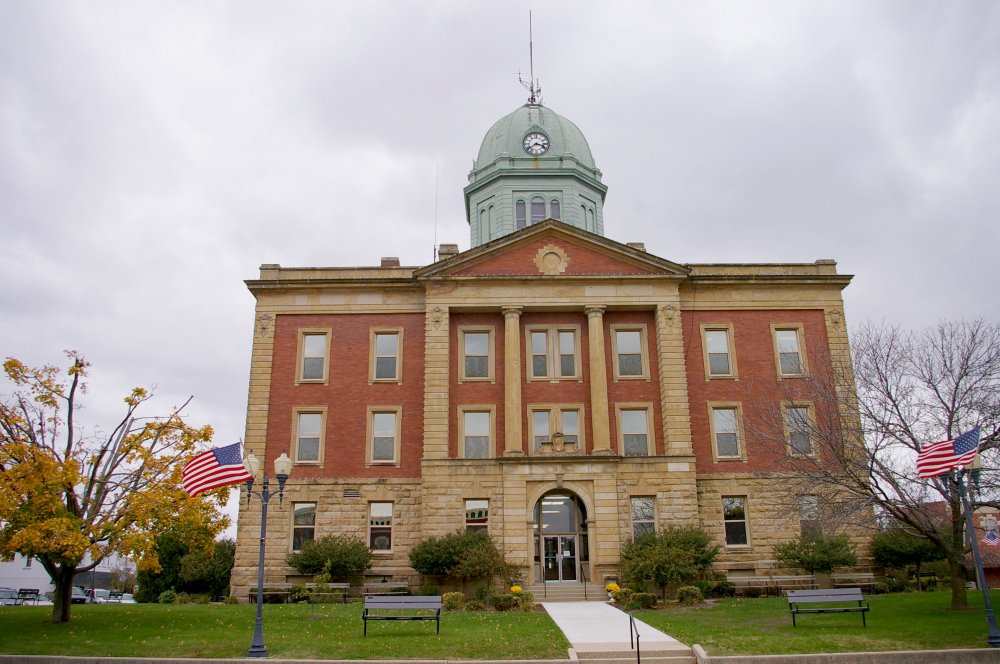 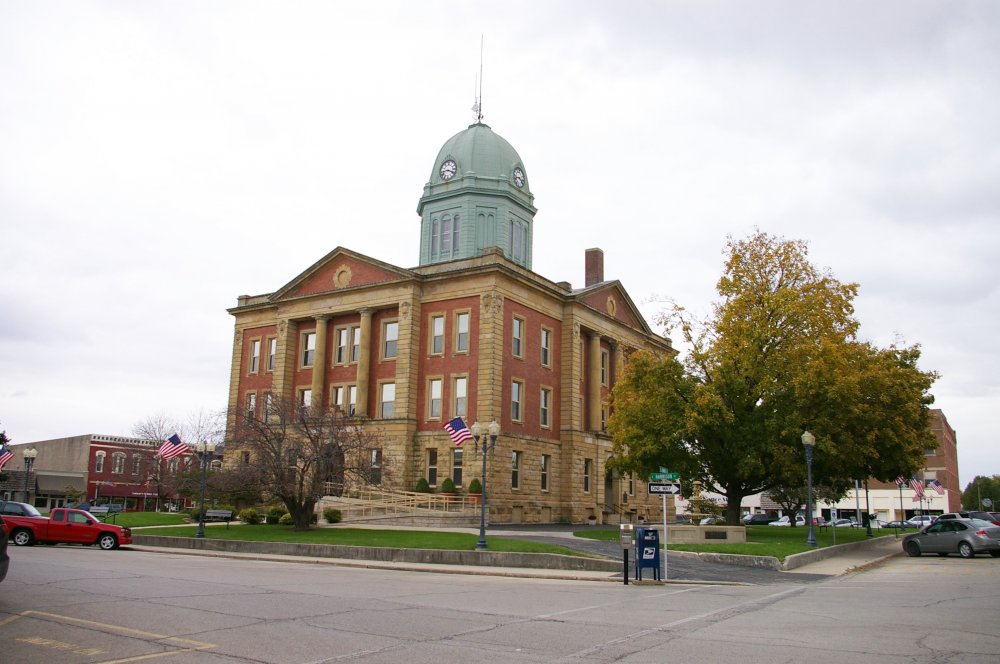 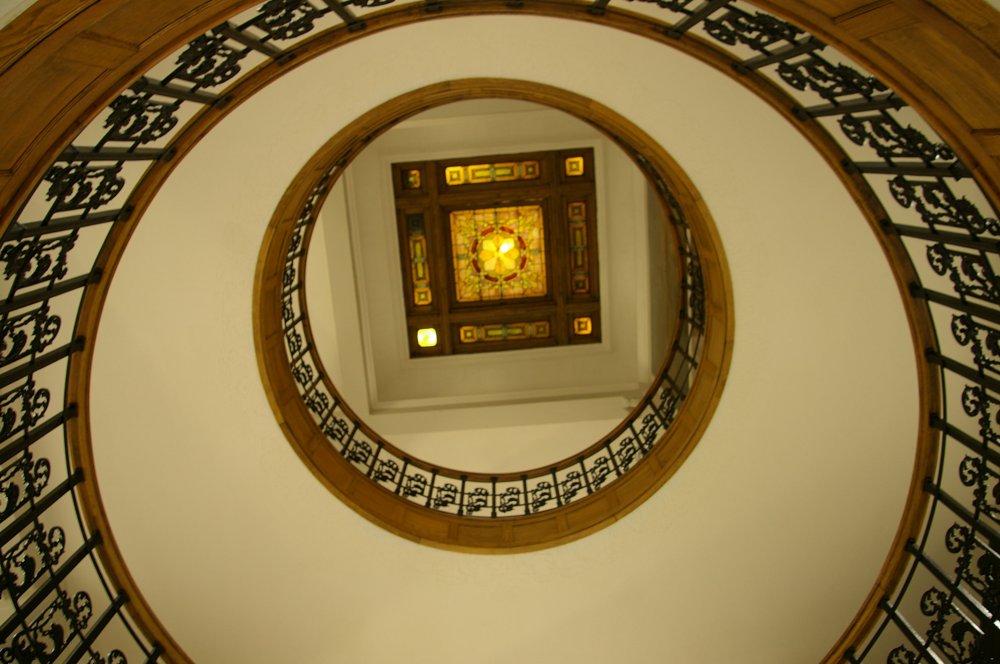 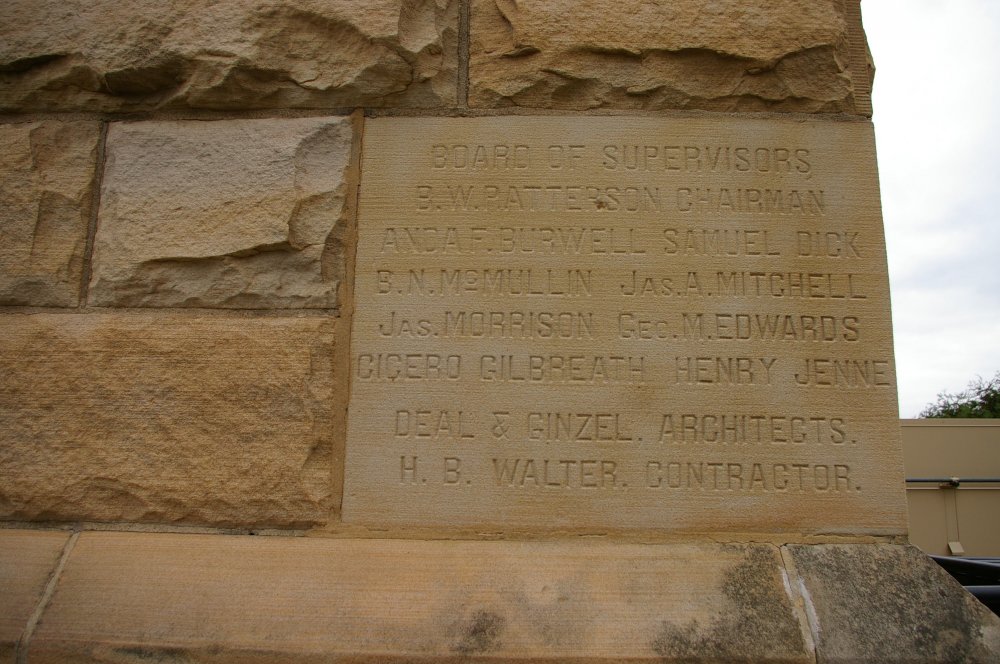 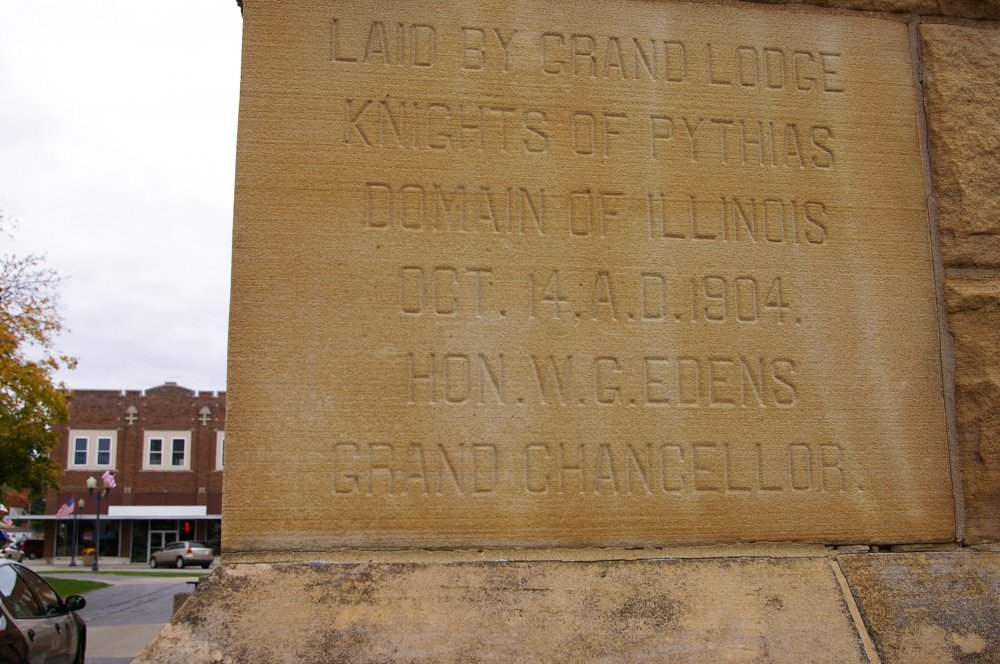