Mercer County is named for Hugh Mercer, who was a physician and general during the American Revolutionary War and who died at the Battle of Princeton. 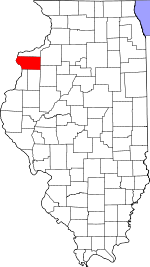 Description:  The building faces north and is a three story course Beria sandstone structure. The building is located on spacious landscaped grounds in the center of Aledo. The north front of the square shaped building has two small towers with turrets rising on either side of the first story portico. The east and west wings extend from the main building. On the center of the roof is a large square clock tower with turrets and peaked roof.

See:  The architect, Mifflin Emien Bell also designed the courthouse in DuPage County, and courthouses in Iowa in Marion County and in Wisconsin in Monroe County. 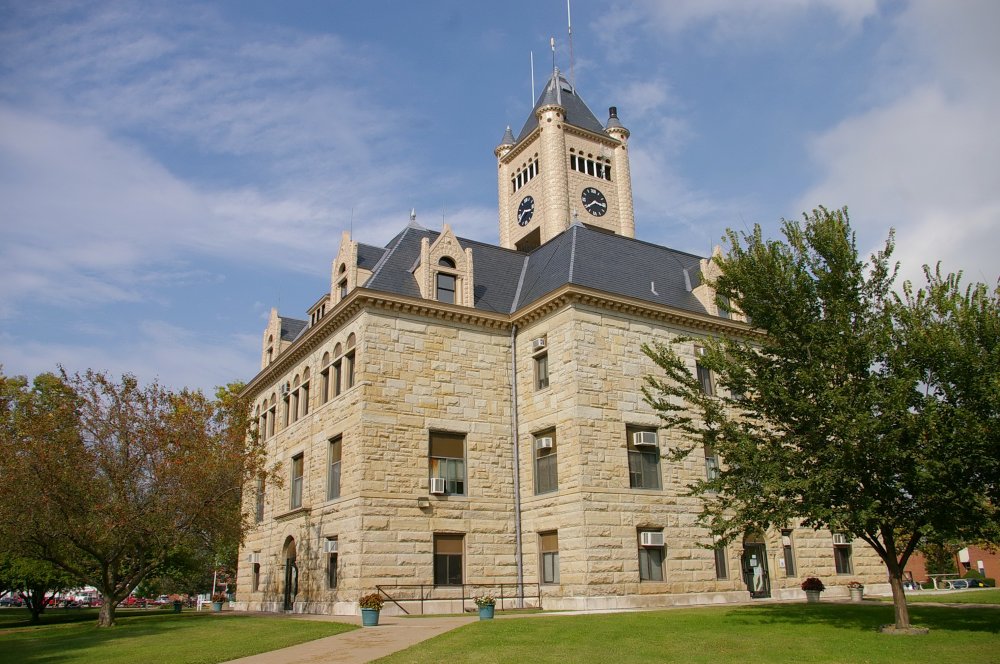