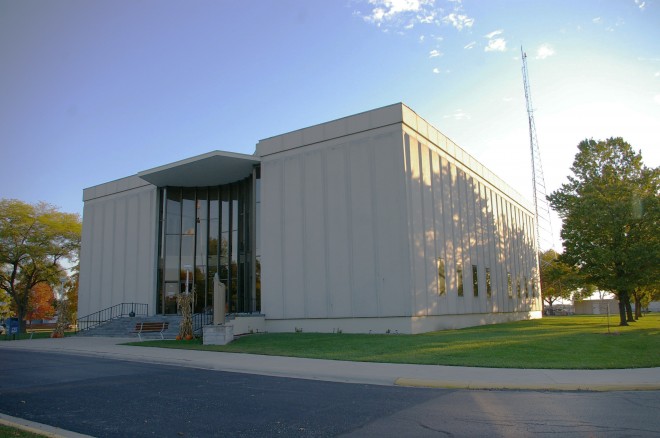 Iroquois County is named for the Iroquois, which applied to a former confederacy of six Native American peoples, the Mohawk, Onedida, Seneca, Onodaga, Cayuga and Tuscarora who settled along the Hudson River Valley in New York.

Description: The building faces west and is a two story rectangular concrete and glass structure. The building is located on landscaped grounds. The west front has a large dark glass front at the entrance. There are few windows in the building and the rest is sold concrete walls. The roof line is flat. The building houses the County Circuit Court of the 21st Judicial Circuit. To the east is the County Administration Building. 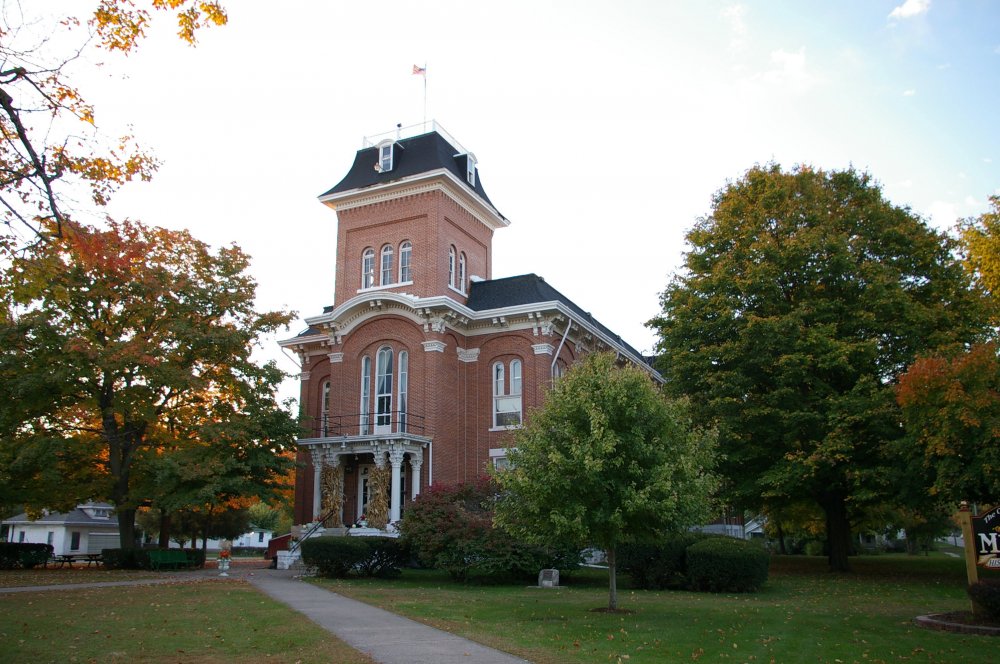 Description: The building faces north and is a two story red colored brick structure. The building is located on landscaped grounds in the center of Watseka to the west of the courthouse. The rectangular shaped building has a one story white colored porch at the entrance on the first story. Above is an arch window on the second story and rising above the roof id a square red colored brick tower with mansard roof. The former courtroom was located on the second story. Additions were built on the sides in 1881 on the south side and 1927. The building is now the Iroquois County Museum. 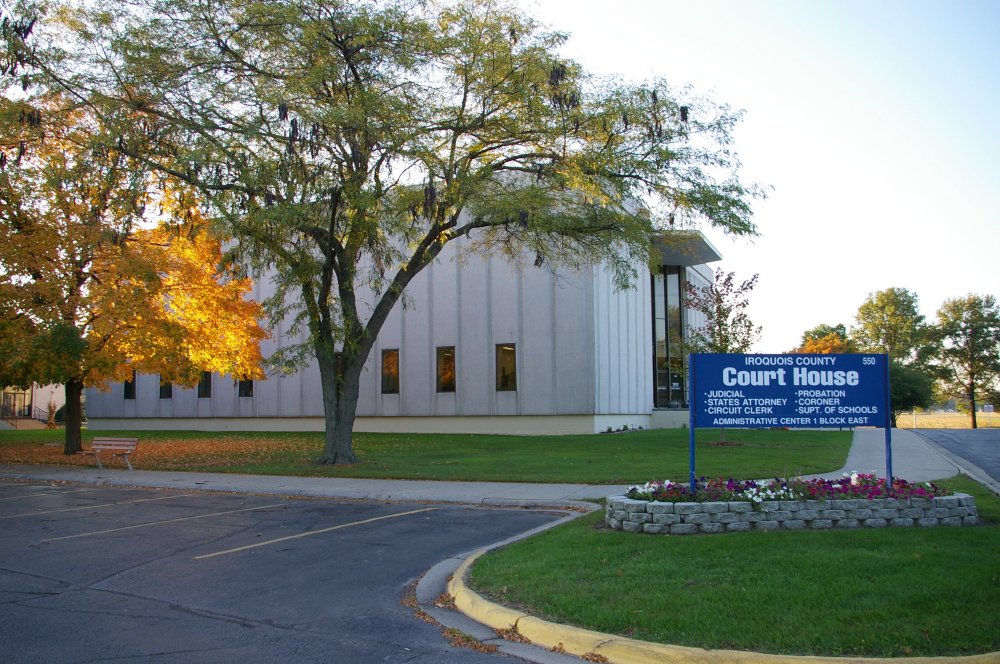 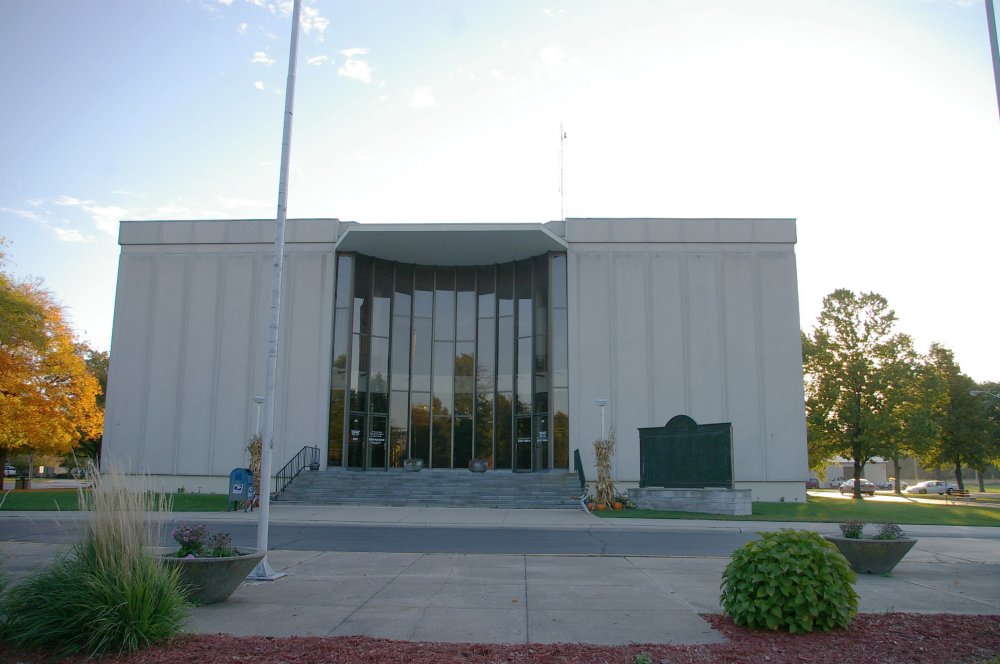 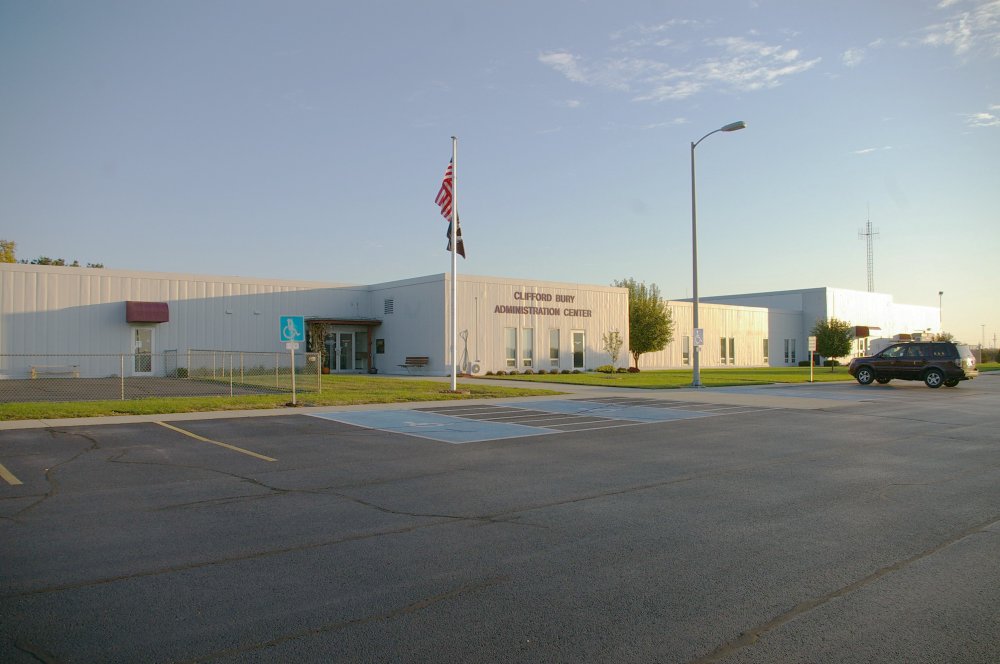 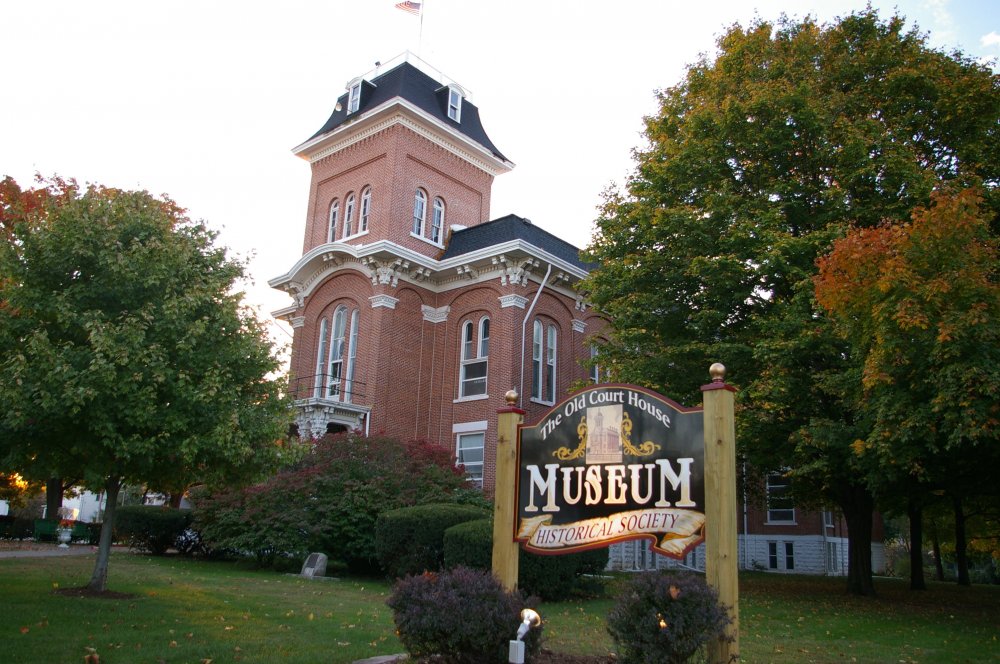